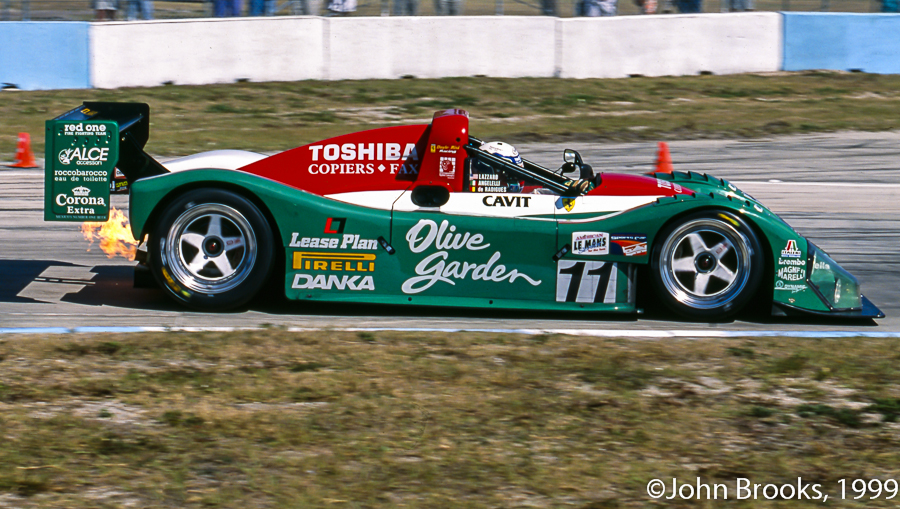 Trawling through the 1999 Sebring files I stumbled across this, Max Angelelli on fire in the Doyle Risi Racing Ferrari 333 SP. Unfortunately this hot display did not translate into actual success on track, the 333 SP getting the dubious honour of posting the first retirement. Engine failure the reason given, Icarus had flown too close to the Sun.

Speaking of Max being inflamed, he seemed pretty fired up at the post race conference last week in Daytona. This performance confirmed what I had puzzled over earlier while watching the finishing stages of the Rolex on TV. The Speed coverage kept repeating “Pass of the Day” showing the eventual winner blasting past Max in a straight line speed duel, the main skill required for this would be keeping a straight face. On cars that were subject to balance of performance adjustments this looked a bit fishy and no wonder Max was pissed. If, as I hear, some of the German giants are considering building Daytona Prototypes Mark Two, Grand-Am had better get this aspect sorted or be prepared for some serious grief. 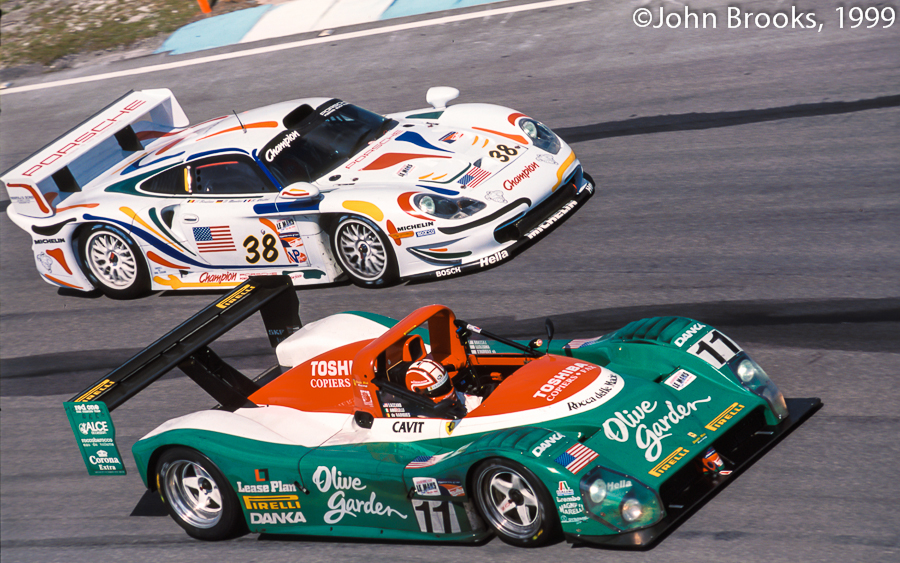 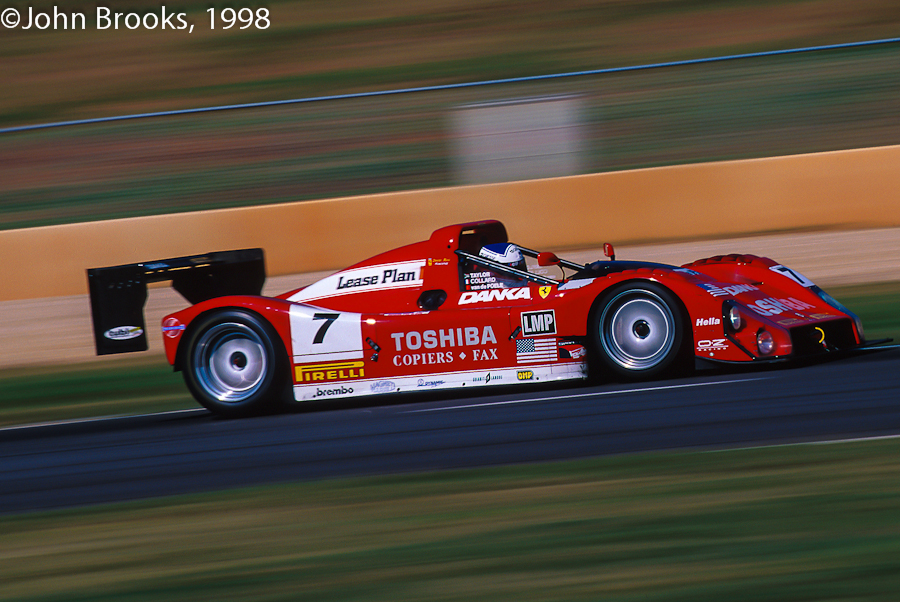 One of the most important wins in the long career of the Ferrari 333 SP was in the fall of 1998 when Doyle Risi Racing’s example won the inaugural Petit Le Mans. The trio of Wayne Taylor, Eric van de Poele and Emmanuel Collard beat off strong opposition on the way to victory in this instant classic.