The Special Correspondent has been out West and he paid a visit to “ The much improved Haynes Motor Museum, Sparkford” as he described it. In this piece he brings us some of the highlights he found in the recently revised museum.

Visitors are greeted in the entrance hall by this gorgeous Rover 8. Designed for Rover by Jack Sangster, it has an air-cooled flat twin side-valve engine of 998 c.c. (enlarged to 1134 c.c.) and sold very well from 1921 to 1925 when it was overtaken by the Austin Seven.

The Horstman was manufactured in Bath, Somerset from 1914 to 1929. Initially it had a 995 c.c. 4-cylinder engine of Horstman’s own design and manufacture but after the Great War Coventry Simplex and Anzani engines were used. A 3-speed gearbox was mounted in the rear axle and a pedal was used to start the engine. Most Horstmans had open 2- and 4- seater bodies and a Super Sports model was offered. The cars performed well in the multiple trials of the period and a Horstman came fifth in the 200 mile race at Brooklands in 1923.

A 1926 Star Scorpio. The Star Motor Company of Wolverhampton built their first car in 1898 and by the start of World War 1 were one of the six biggest motor manufacturers in the country. They built well engineered if rather conservative cars – this Scorpio is typical, having a 4-cylinder side-valve 1745 c.c. engine. Unable to compete with the mass produced cars, the company closed in 1932, having made 15,600 cars altogether.

The Empire began life as a 20 h.p. 4-cylinder 2-seater, built initially in Indianapolis, and among its backers was Carl Fisher, the instigator of the Indianapolis Motor Speedway. In fact, the prototype Empire was the first car to be driven on the new brickwork circuit. Under new ownership the car only lasted until 1919 despite new additions to the range.

Packard, Pierce Arrow and Peerless, the three “ Ps”, America’s  prestige car makers. By the mid-Thirties Packard felt the need for a medium- price car to enable more people to be able to buy a Packard. The result was the 120 Series with an L-head eight cylinder engine and a variety of body styles. It was just what the dealers needed and sold for the year from August 1935 50,000 units! The car was chosen as the Pace Car at the 1936 Indianapolis 500 and for the first time the winner would receive the Pace Car – Tommy Milton was the lucky new Packard owner!

Elwood Haynes started making cars in collaboration with the Apperson brothers but after a while the arrangement did not work out and from 1905 Haynes renamed the firm the Haynes Automobile Company. At the New York Automobile Show in January 1916 was introduced this Haynes V-12 with a 5842 c.c. ohv engine, built in-house. It became known as the Light Twelve and it was a real rarity –only about 650 were made.

The Duesenberg Model J, the most prestigious car of the Errett Lobban Cord empire. It has a Lycoming –built twin overhead camshaft four valves per cylinder straight-eight engine of 265 horse power and this example wears a Derham Tourster body. Only 481 of these masterpieces were made.

Sensation of the Chicago and New York Shows in November 1935, the Cord 810 was a radically new design, the work of Gordon Buehrig, E.L. Cord’s chief body designer. It used front wheel drive and an electrically operated gearbox. Powered by a 4730 c.c. V8 Lycoming engine, it was the first American production saloon to achieve a genuine 100 mph. This is the Beverly model.

Motor Racing is an essentially circular activity, much like life, though in that particular case it eventually comes down to the ever-decreasing variety. On a July Saturday, almost 50 years ago, I travelled in a state of great excitement to Kent, Brands Hatch to be precise. I was going to my first motor race.

My heroes were going to be there; Seppi and Pedro, plus the greats such as Jackie Stewart, Jochen Rindt, Jack Brabham and Graham Hill, I could not believe my good fortune. The 1970 British Grand Prix was chock-full of legends like Dan Gurney, Mario Andretti and John Surtees – another future ace, Emerson Fittipaldi, was making his F1 début.

I had devoured Motor Sport and Autocar for the previous year or two in search of knowledge of this exciting and glamorous scene and was just getting into another publication, Autosport. I was properly hooked on motor racing, it was all downhill from there.

The race is remembered for the last lap victory of Jochen Rindt, taking advantage of Jack Brabham’s fuel starved car. From my perspective in the grandstand at Clearways it was downright robbery, the Aussie had earned the win. A few weeks later this thought was tempered with the news of the Austrian’s death at Monza. That season had already seen Bruce McLaren and Piers Courage killed while behind the wheel of a racing car, we would witness the first, and hopefully the last, posthumous World Champion.

Years passed and I was fortunate to have some small involvement with the sport, mainly in the endurance racing sector. A familiar name popped up in the mid-90s, that of Brabham, this time David rather than Jack, or Sir Jack as he was honoured.

David was one of the top drivers of his time, a Le Mans winner, but also a genuinely good bloke, clearly his father’s son. Recently he has relaunched the family name in the world of high performance cars, indeed I wrote about the launch of the car some time back. HERE

A week or so back the Brabham brand returned to Brands Hatch as David raced the Brabham BT62 in its début, scoring a memorable victory in the first Britcar endurance race of the weekend. The one hour event on Saturday evening was held in torrential conditions as competitors raced into the sodden night. Co-driver Will Power struggled with a windscreen that misted up during the opening stint but when he handed over the elegant racer to Brabs at the mandatory pitstop he had done enough to lay the foundations for success. The pair were justifiably chuffed with the result, perhaps the first step on the road to Les Vingt-Quatre Heures du Mans in 2022.

The team were brought back down to earth on the Sunday morning when they were forced out of the lead in the second race with alternator problems. A very promising start and hopefully the prologue to a motorsport legend in the making.

DDC had the services of Simon Hildrew to illustrate this piece, as ever he did a brilliant job, more to come from him during the coming weeks as we attend to clearing the backlog of pieces ready to post. 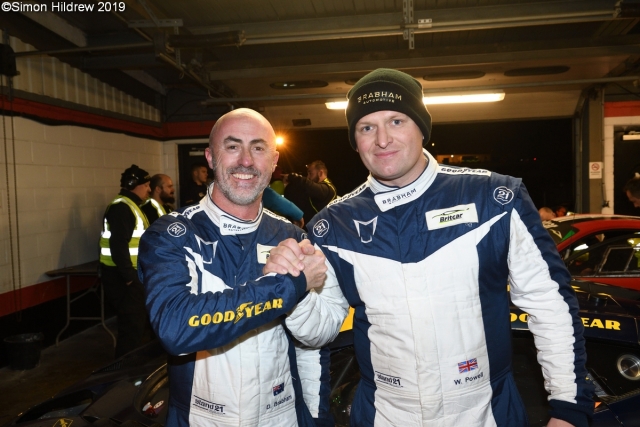 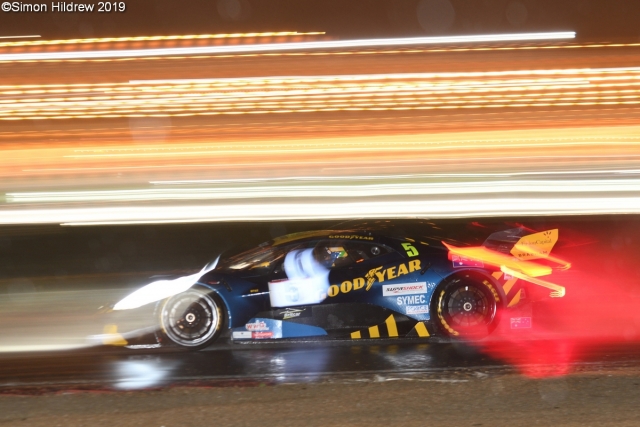 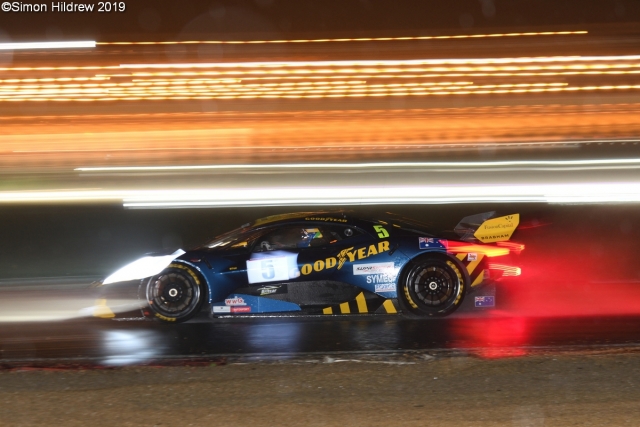 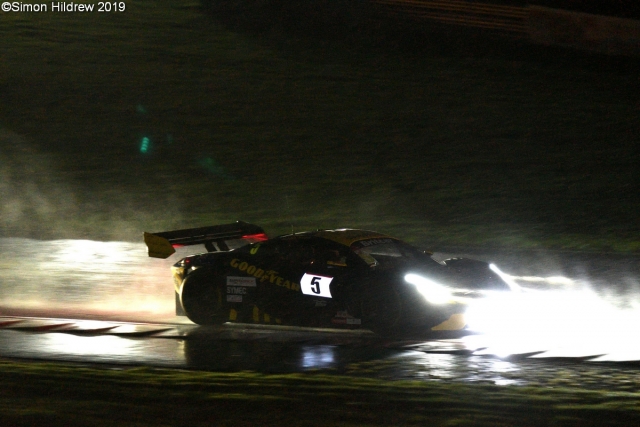 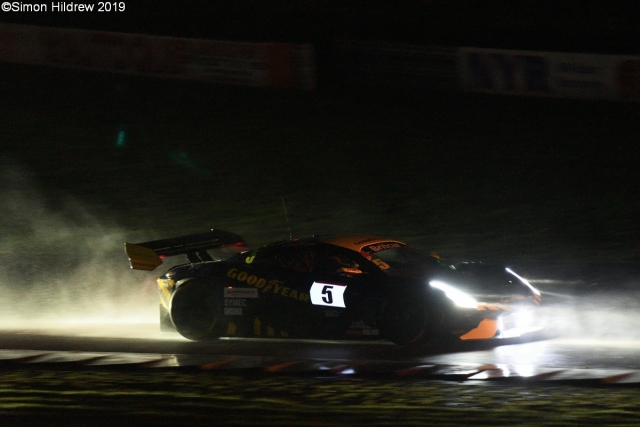 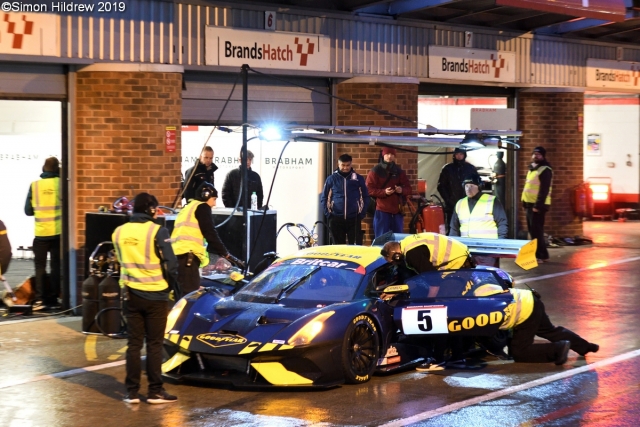 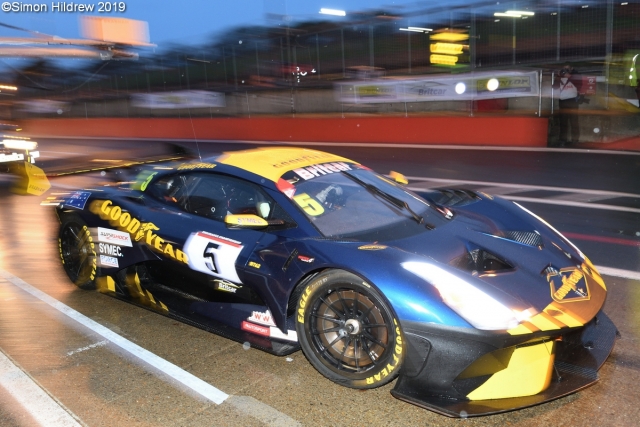 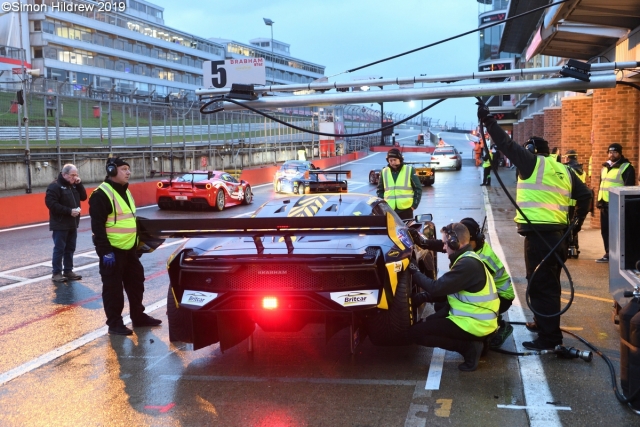 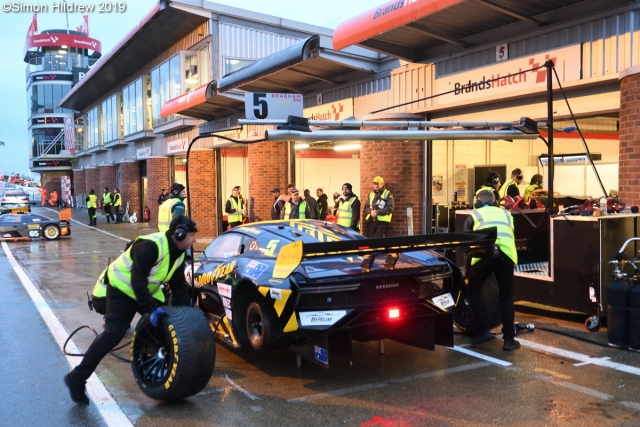 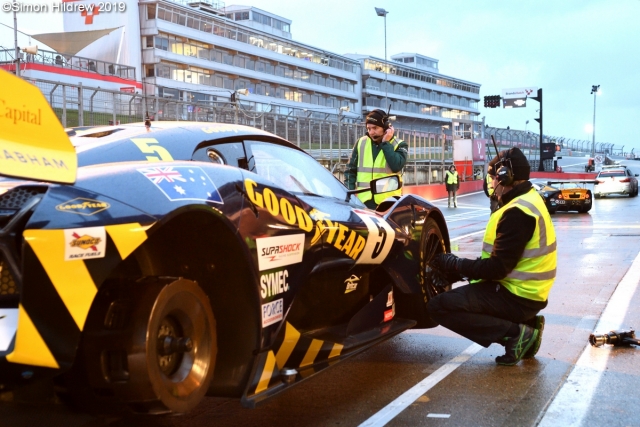 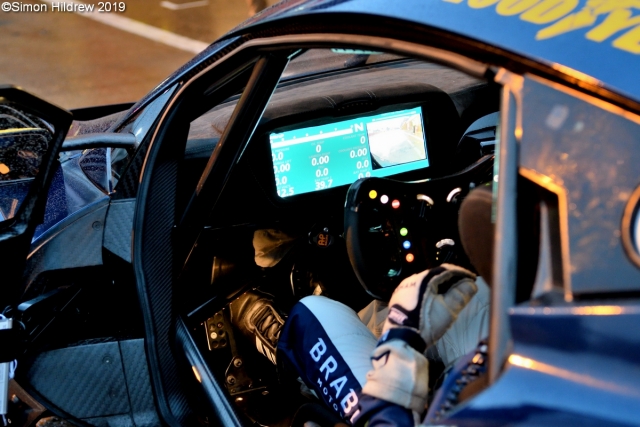 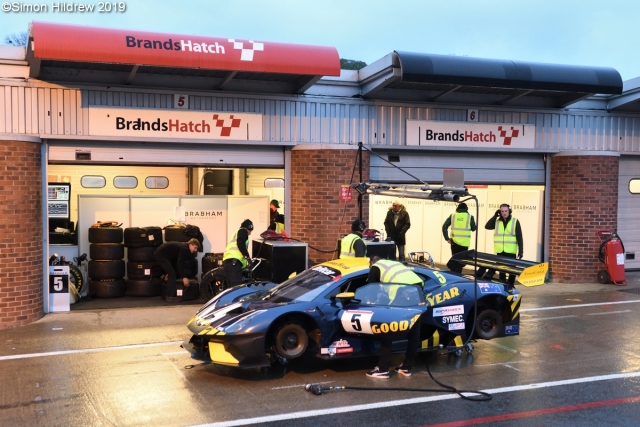 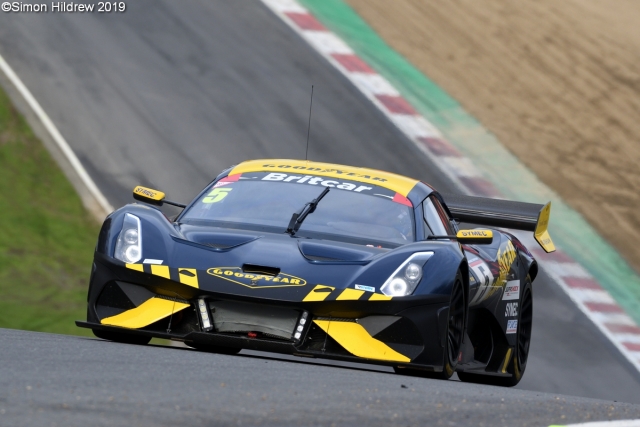 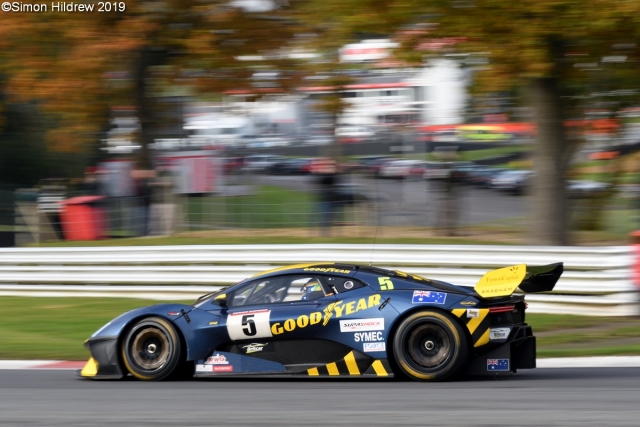 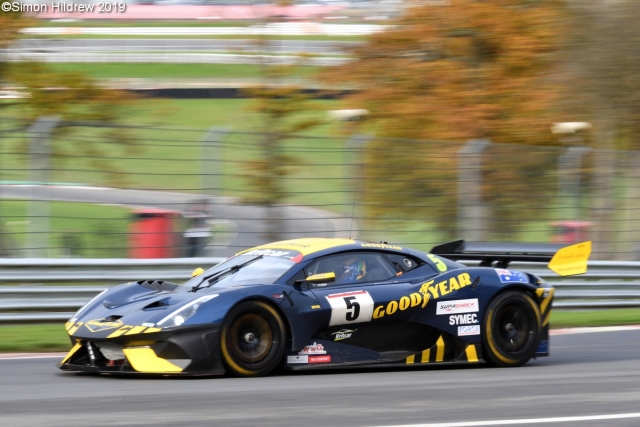 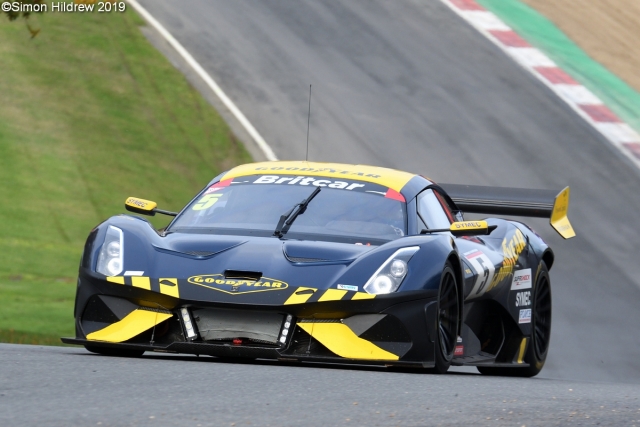 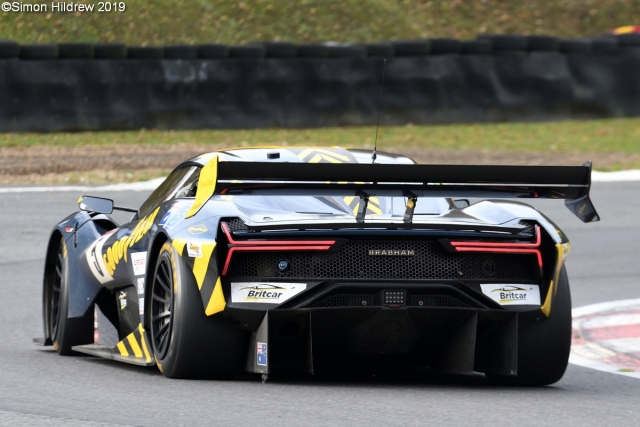 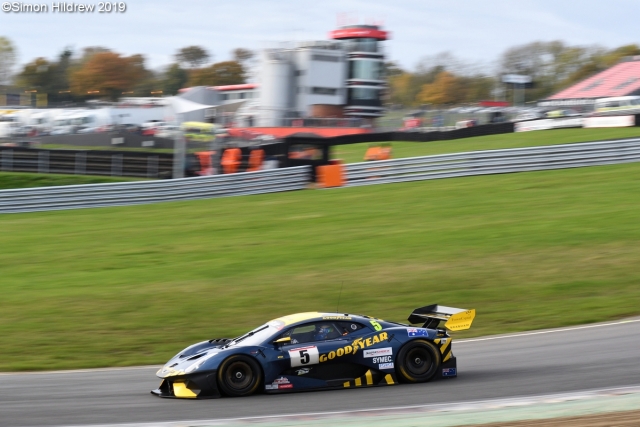 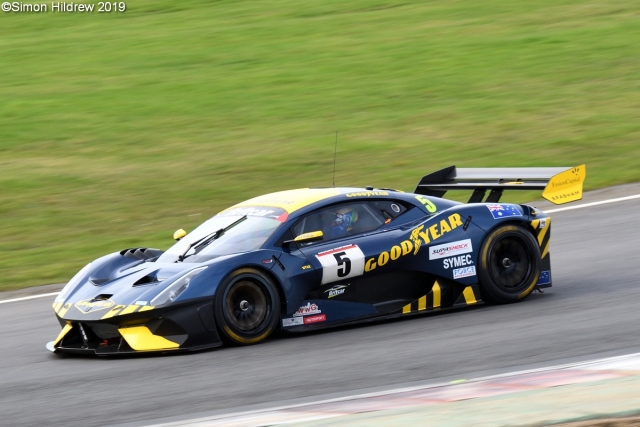 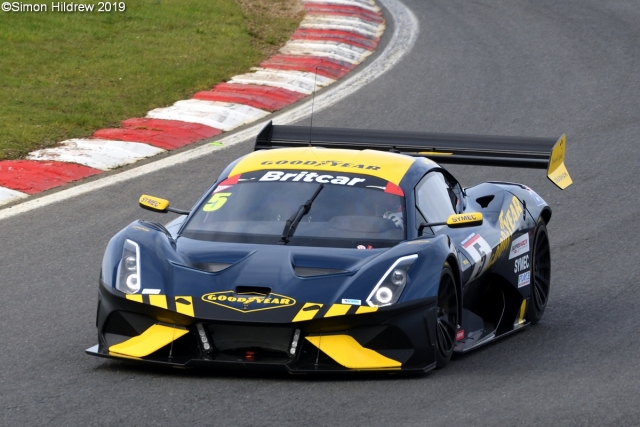 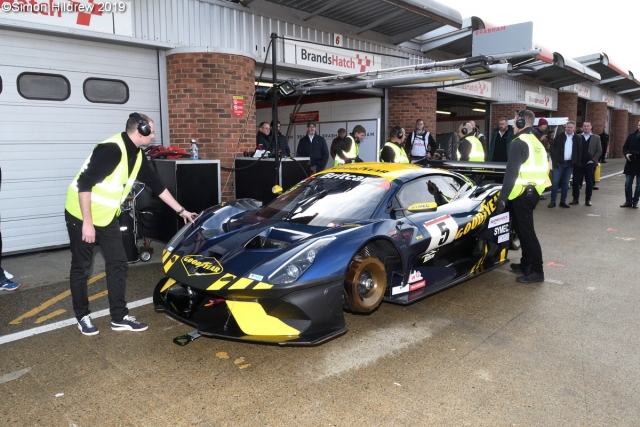 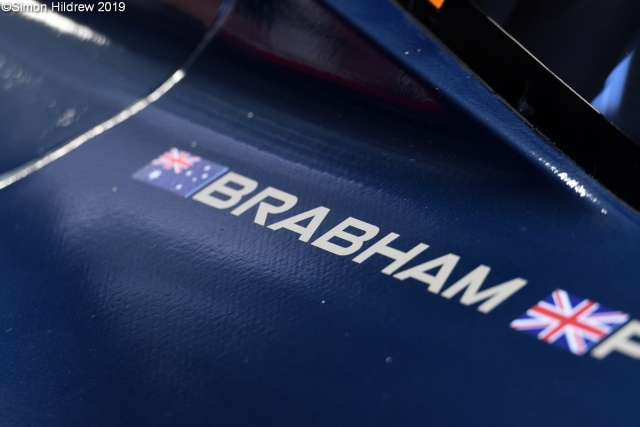 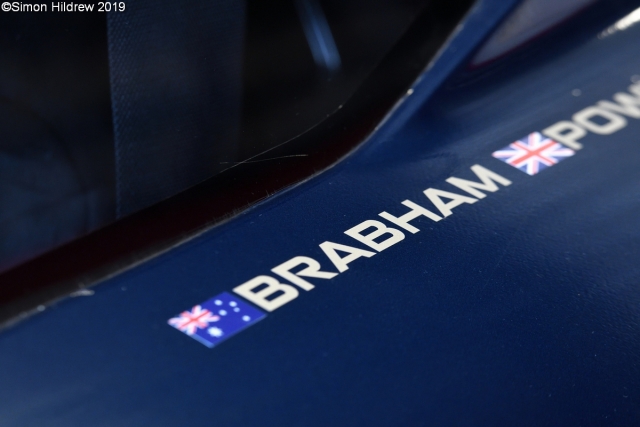 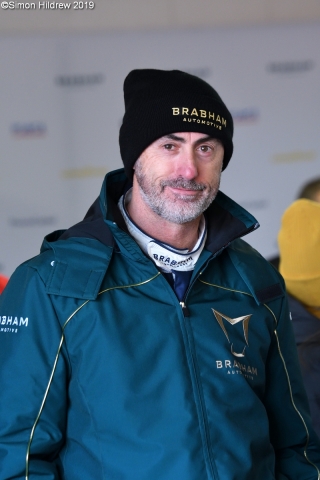 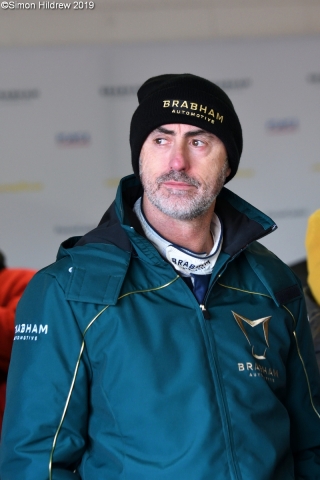 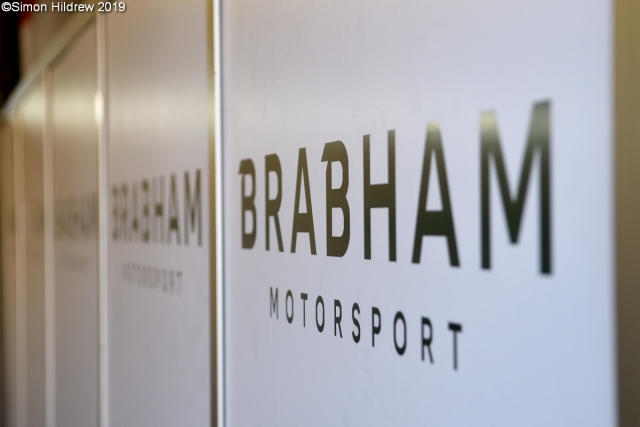 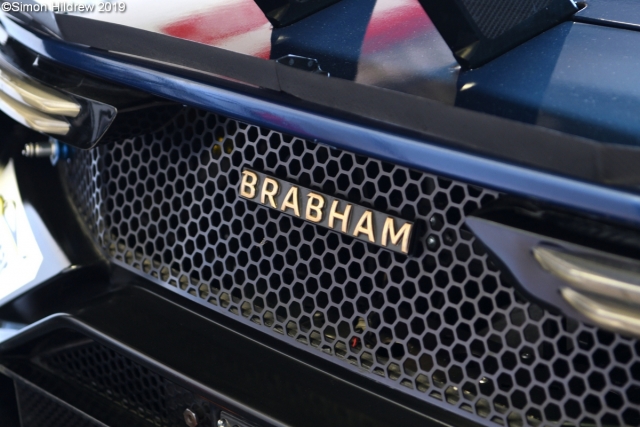