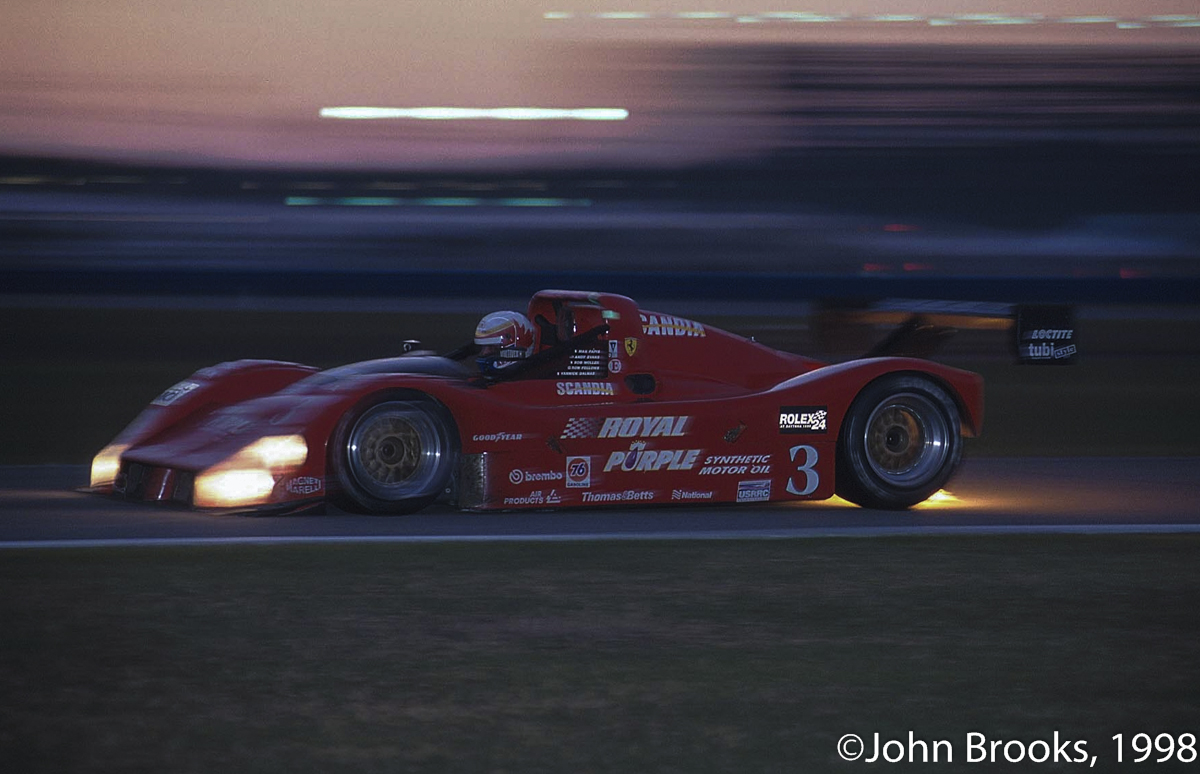 The first time I got to shoot the Rolex 24 was back in 1998, one of the better Floridian 24’s around the turn of the century. Ron Fellows is pushing into the First Horseshoe in Andy Evans’ 333 SP, the pair sharing driving duties with Max Papis, Yannick Dalmas and Bob Wollek. This heavyweight line up led the race for several spells but the transmission blew up in a spectacular manner after 610 laps with just a few hours left to run. Dalmas had recorded a 1:39.195 to grab pole position, Papis followed that up with the race’s fastest lap of 1:40.545, a small consolation for the end of the line for Andy Evans’ dream of victory on the banking at Daytona. His departure that season was not mourned by the enthusiasts, though it must be said that he was one of the saviours of endurance racing in the mid-90’s after the implosion of both IMSA and Group C in 1992. Credit where credit is due.