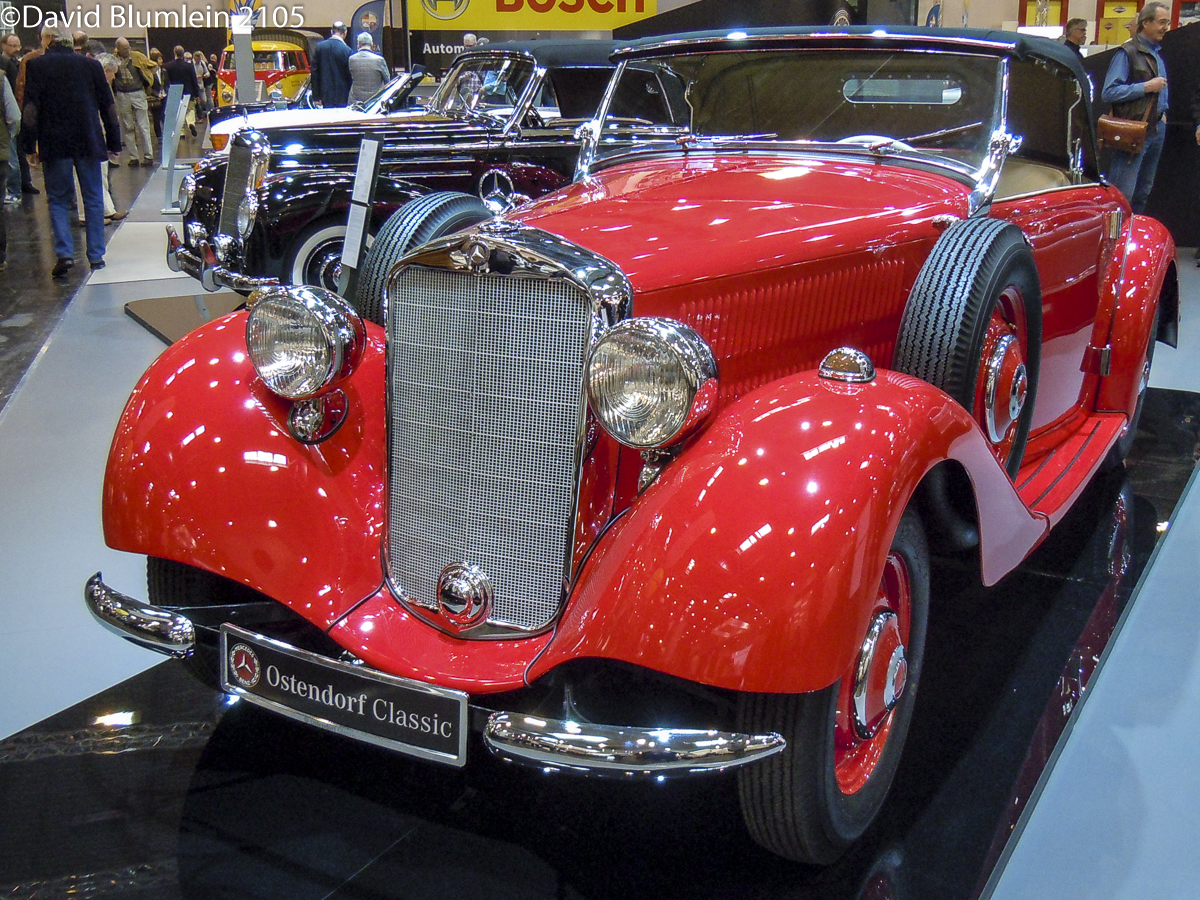 The Special Correspondent casts his eye around the halls of this year’s Techno Classica, as is his wont he uncovers some gems for our appreciation. 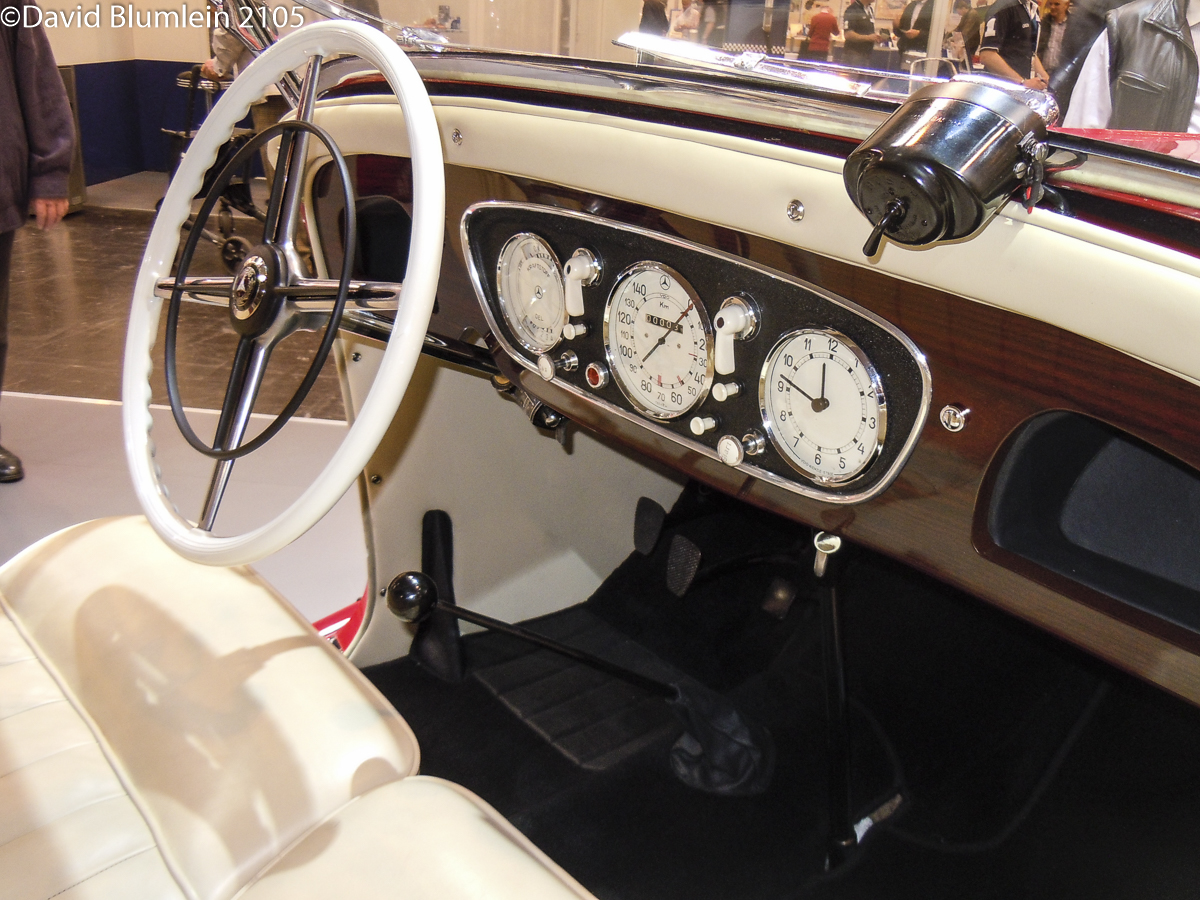 Here is its cockpit. Only 38 of these cars were made. 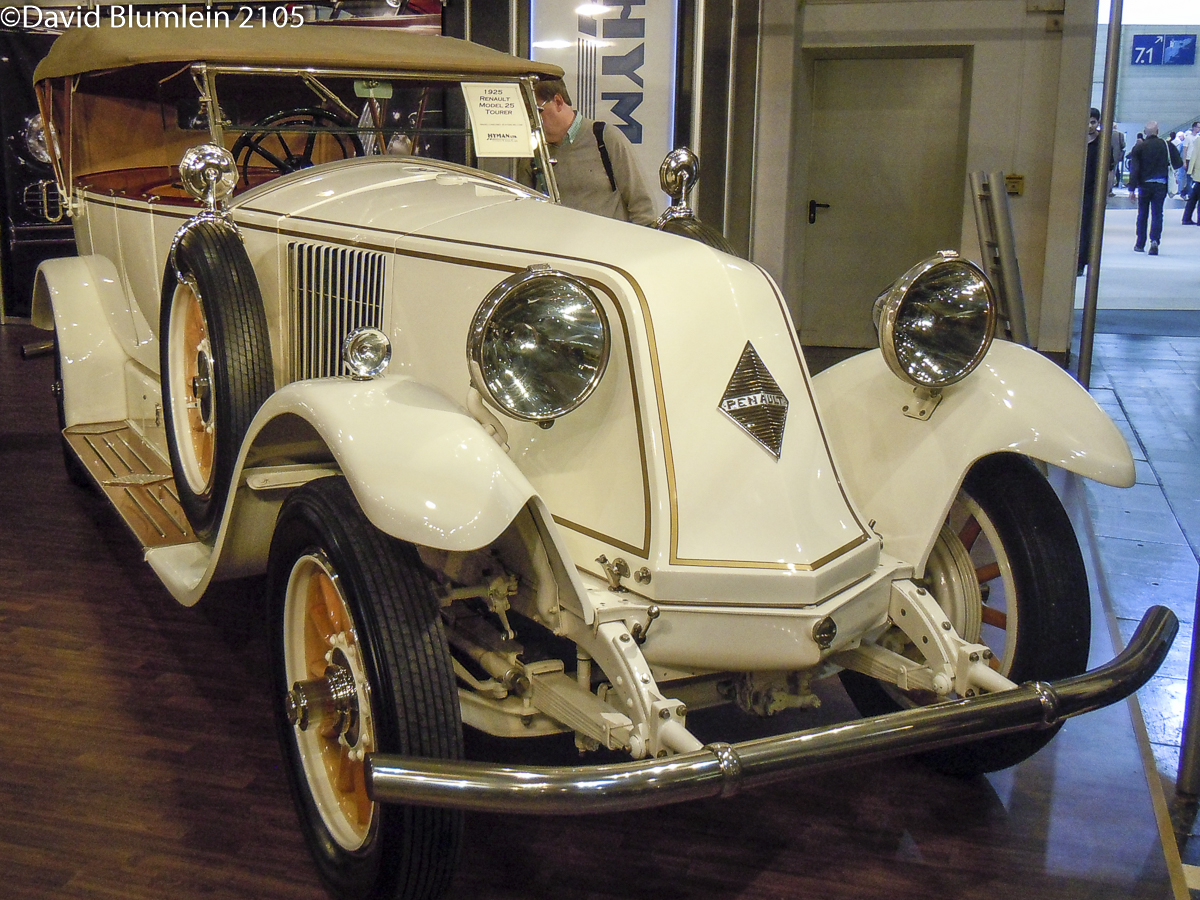 1925 Renault 40CV
This was Louis Renault’s attempt to compete in the luxury market with the likes of Hispano-Suiza, Maybach, Rolls-Royce and Isotta Fraschini. The basic model was introduced in 1921 and they were only made in limited numbers. This monumental car, the MN model, has the “new” losange Renault badge introduced in 1925. It was in this year that Renault took one of these cars fitted with a L’Avocat & Marsaud 4-seater open body to Montlhéry where it captured a host of records including the world’s 24 hour record at 87.65 m.p.h. 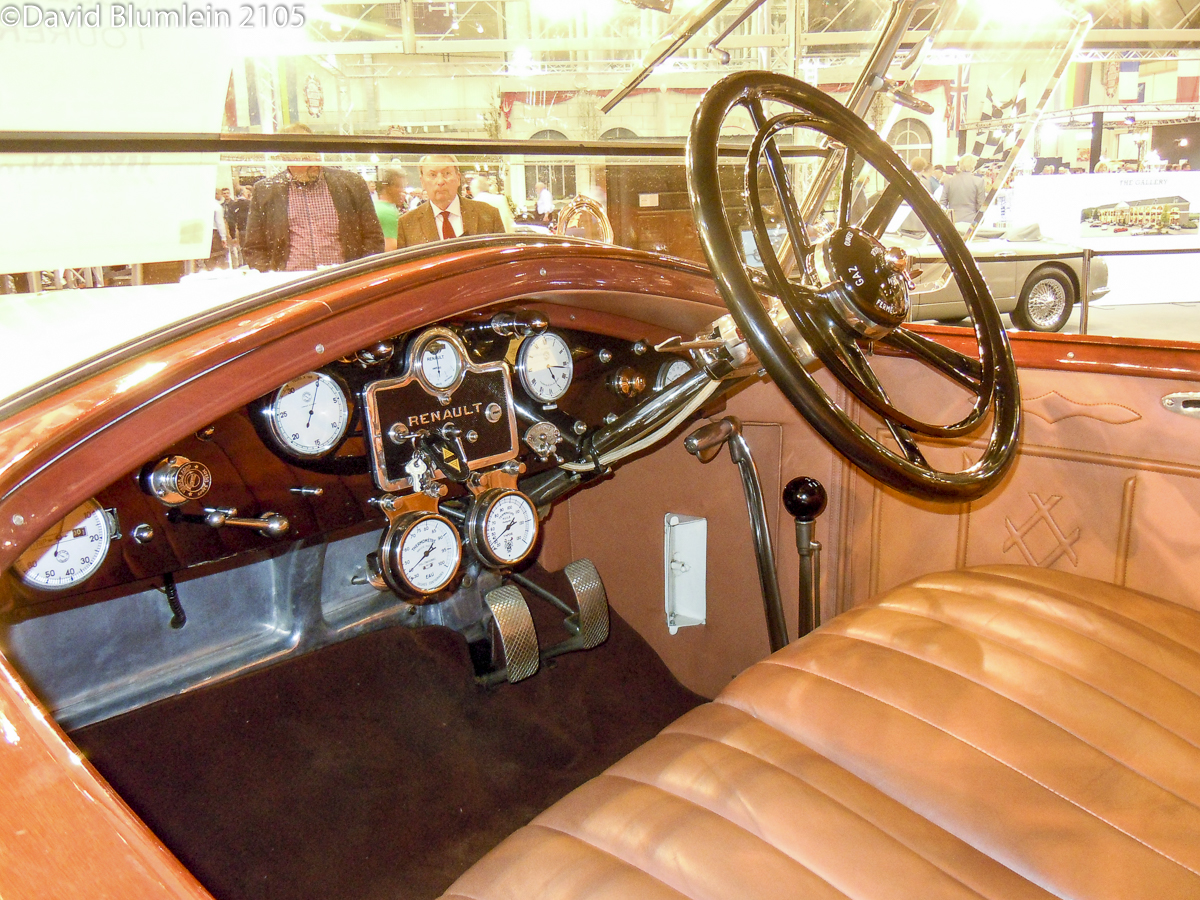 This is what it’s like to sit in, still with the fashionable right-hand drive for luxury cars. 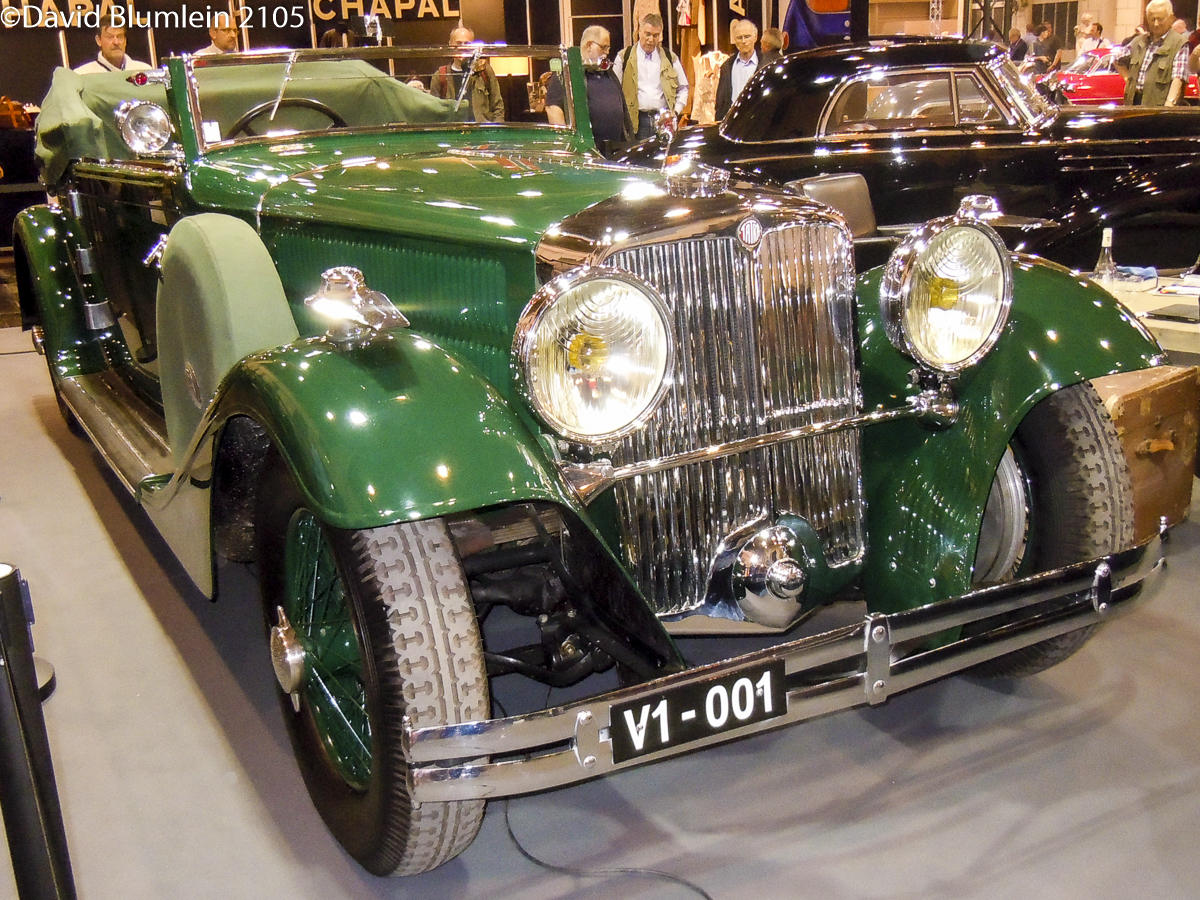 Tatra 80
Still with luxury cars, this is the largest car made by this fascinating Czechoslovakian company, the work of the gifted Hans Ledwinka. 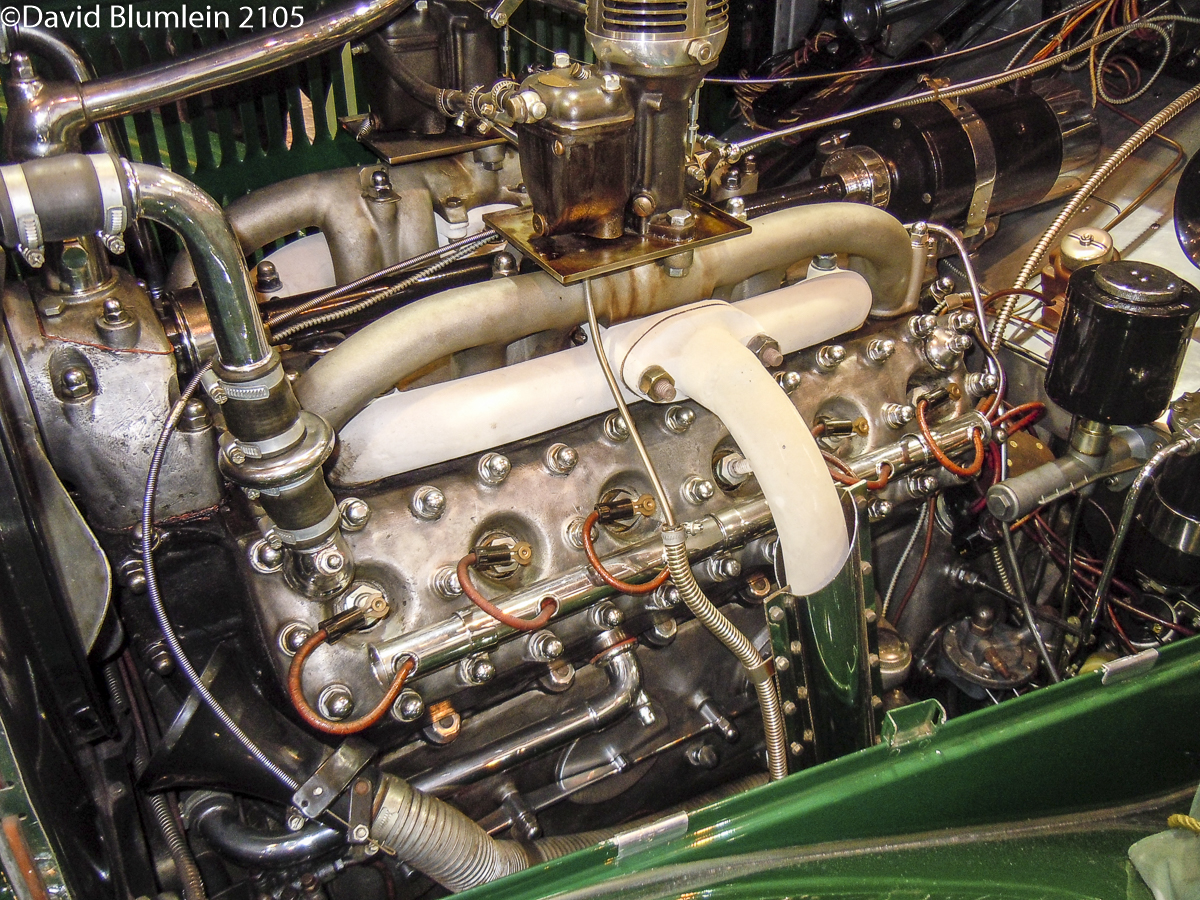 It is powered by this impressive 5.99-litre V-12 uncharacteristically equipped with side valves – note the unusual dynamo drive on top of the engine at the back – and the rear suspension has a massive transverse leaf spring controlling the swing-axles. Again like the Renault it was aimed at the top luxury market and a mere 25 were built from 1930-35. The President of the Czech Republic, T.G. Masaryk, used one as did the Minister for Foreign Affairs, E. Beneš. 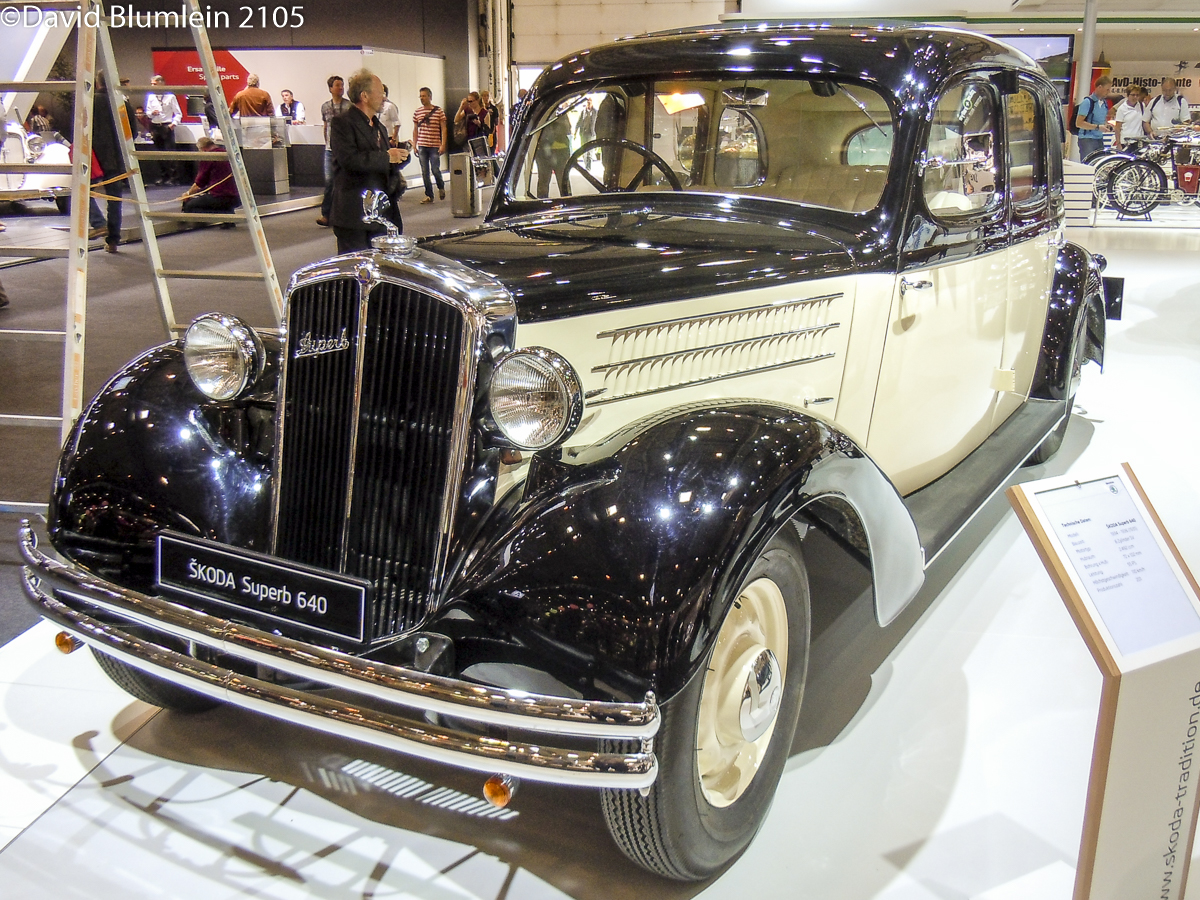 We are used to regarding Skodas as excellent cars these days but before the Second World War and the subsequent onslaught of the Communist regime they made very fine cars. 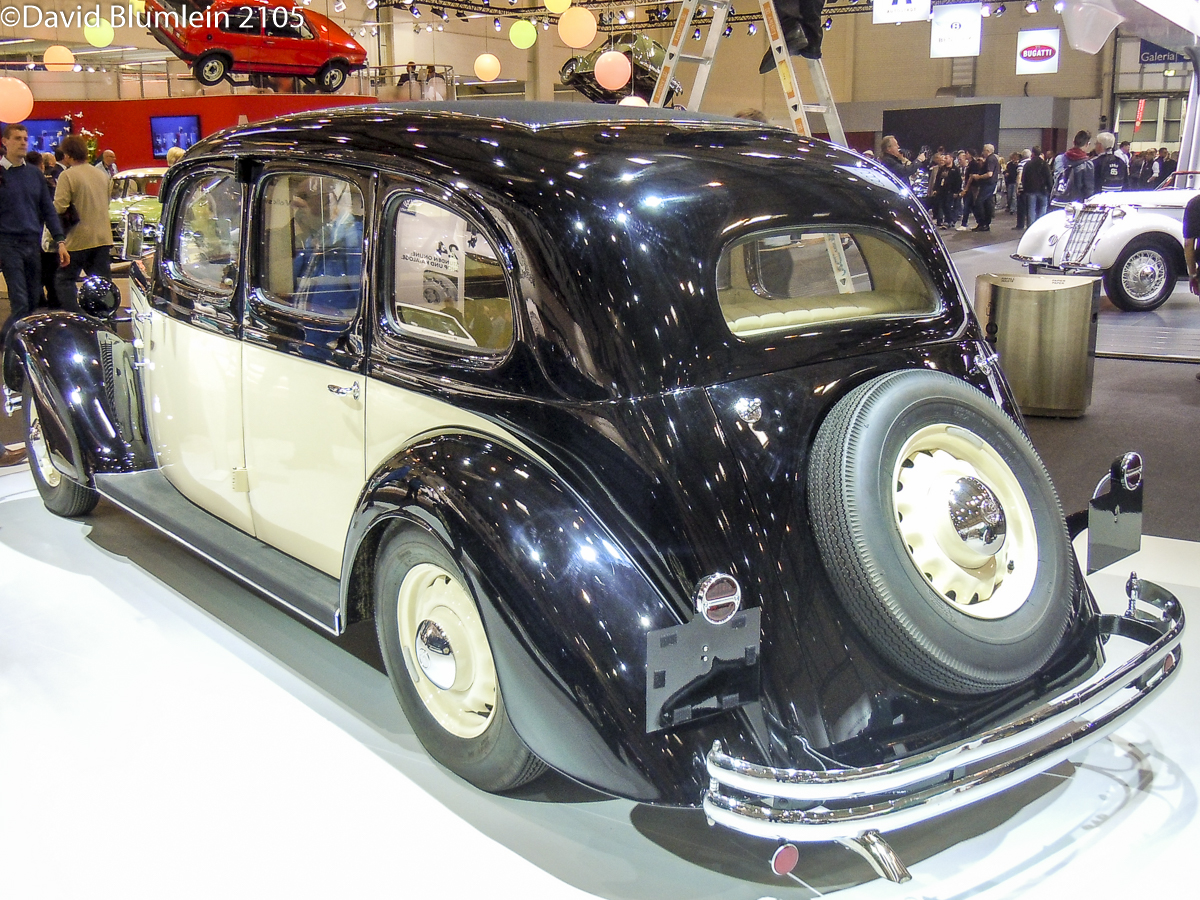 This is a typical example with a type name familiar today. This version has a 2.5-litre 6-cylinder side-valve engine giving 68 m.p.h. Only 201 of them were constructed between 1934-36. 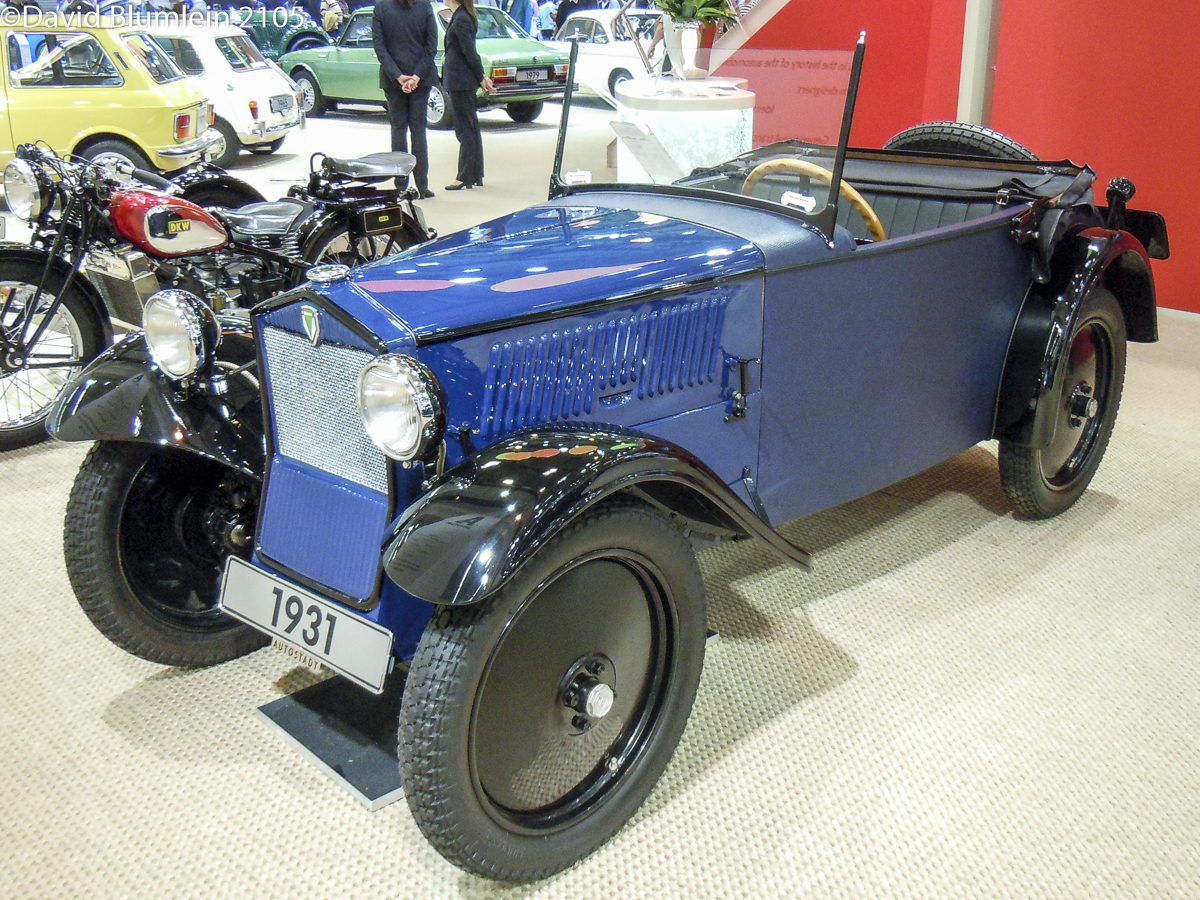 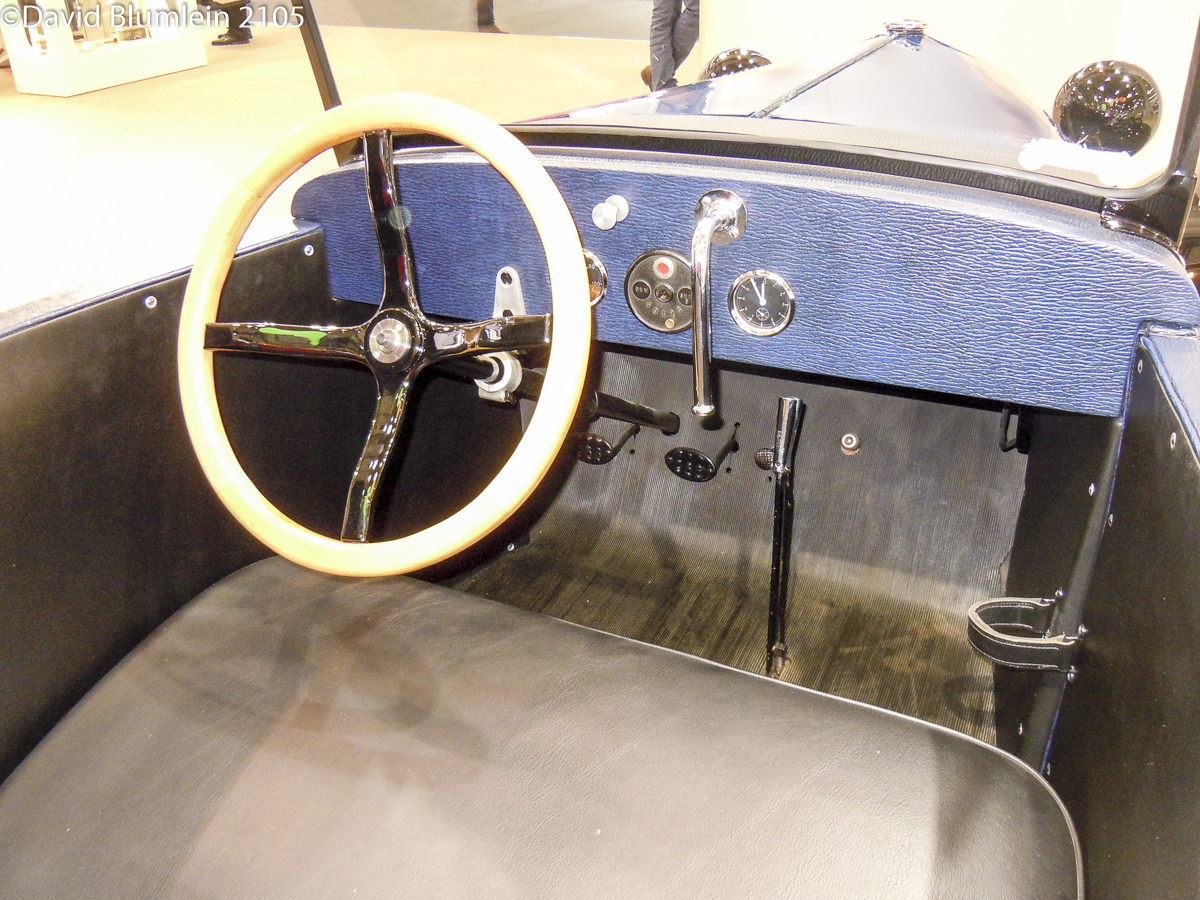 It had a 2-cylinder 2-stroke unit mounted across the frame driving the front wheels although it did not take advantage of the space this layout afforded. It was Europe’s first high volume series production car with fwd and it offered the first competition to the motorcycle in Germany. 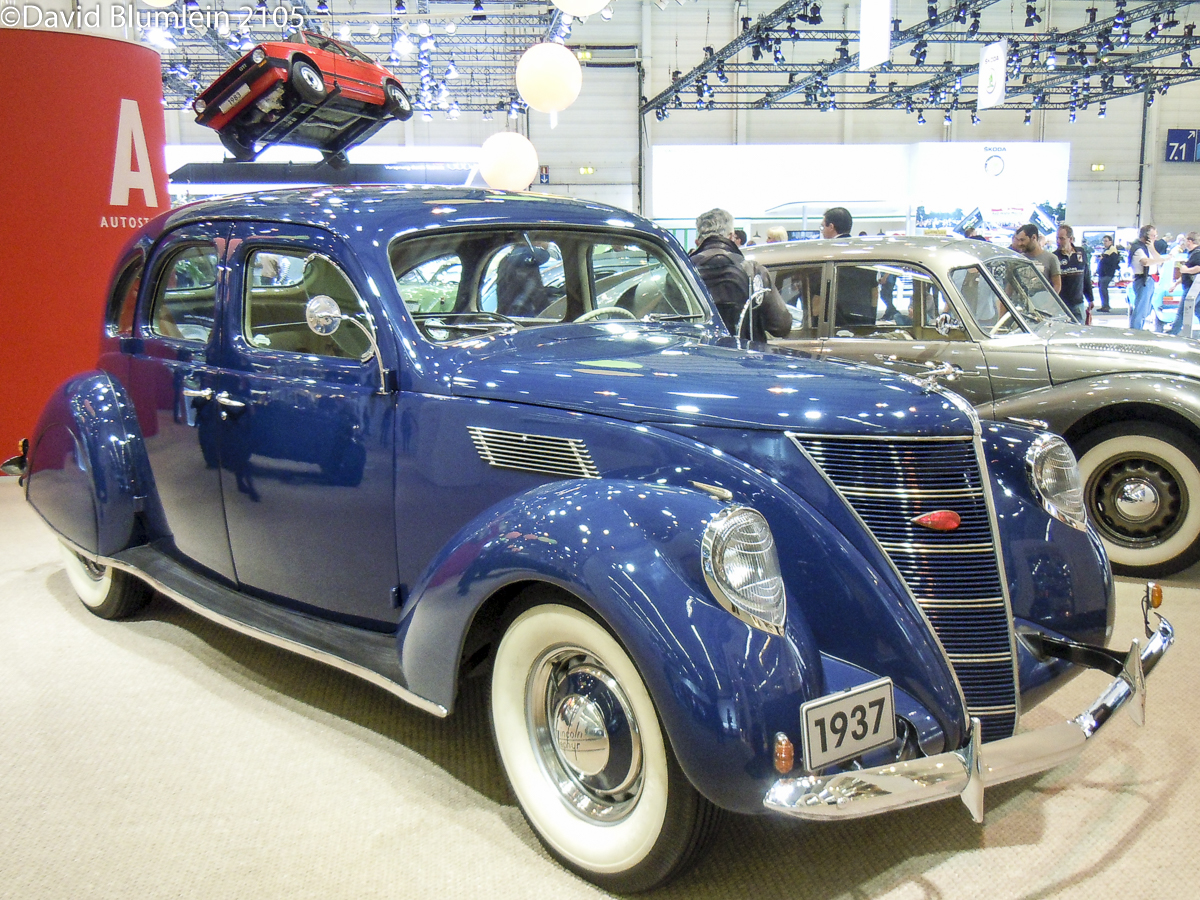 1937 Lincoln Zephyr
The Zephyr was designed to fit into Ford’s model range between the Ford V8 and the up- market Lincolns. It was introduced in November 1935 for the 1936 year and was one of the first successful streamlined cars after the market failure of Chrysler’s Airflow. It had a V12 version of Ford’s flathead V8 and the car still used Ford’s transverse leaf suspension with rigid axles dating from the Model T! 15,000 were sold up to 1940. 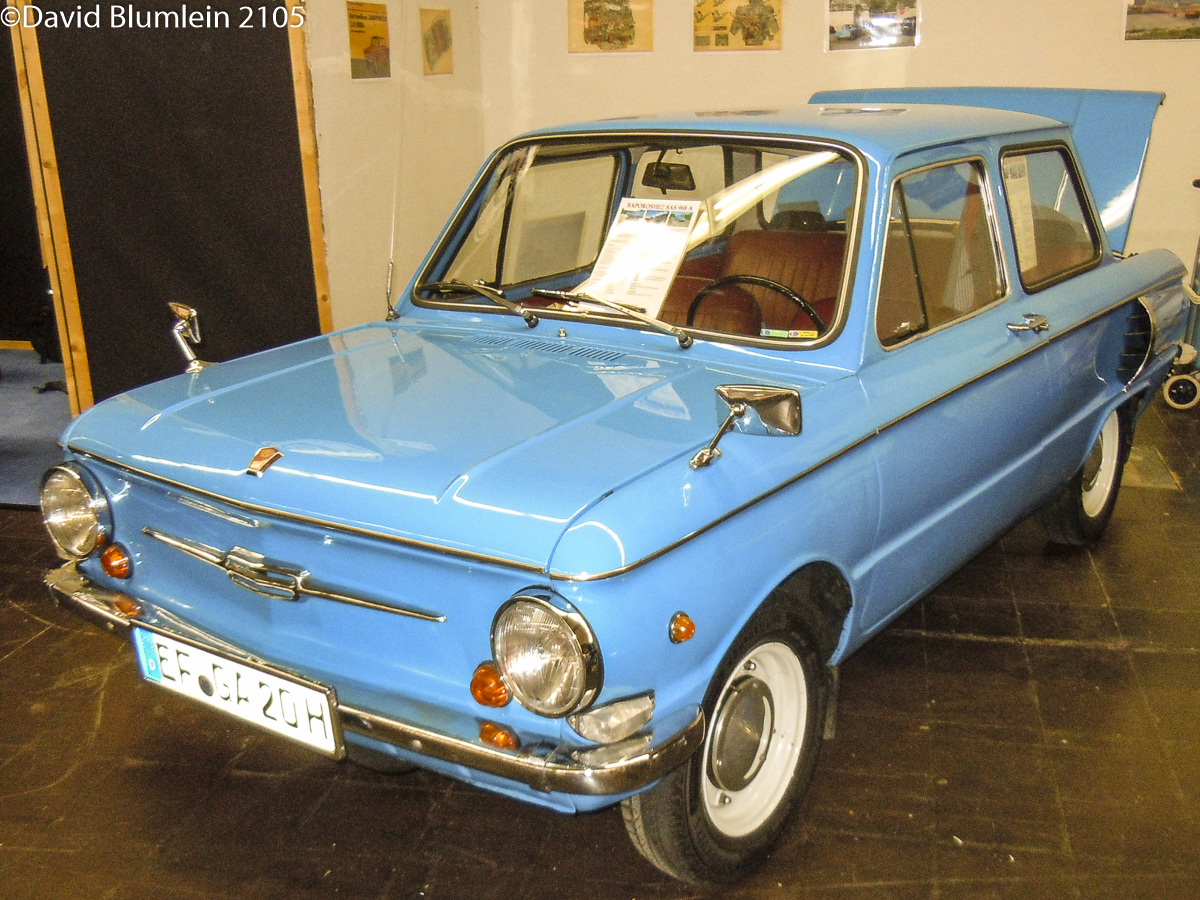 Just what is this, I hear you say? Well, it’s a Zaporoshets, a Russian small car, built in the Ukraine, and very popular in the Soviet Union for many years. 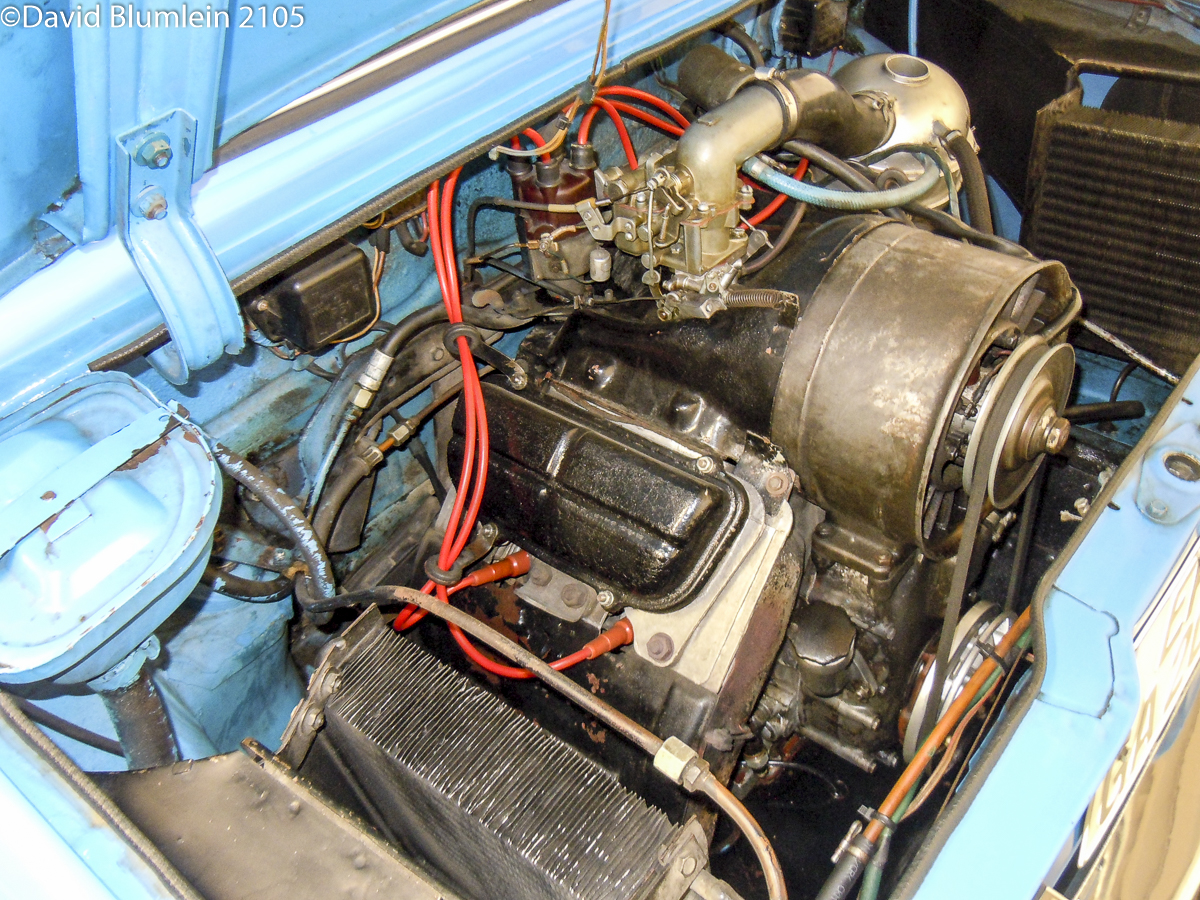 As shown, it has a rear-mounted V4 engine of various small capacities. 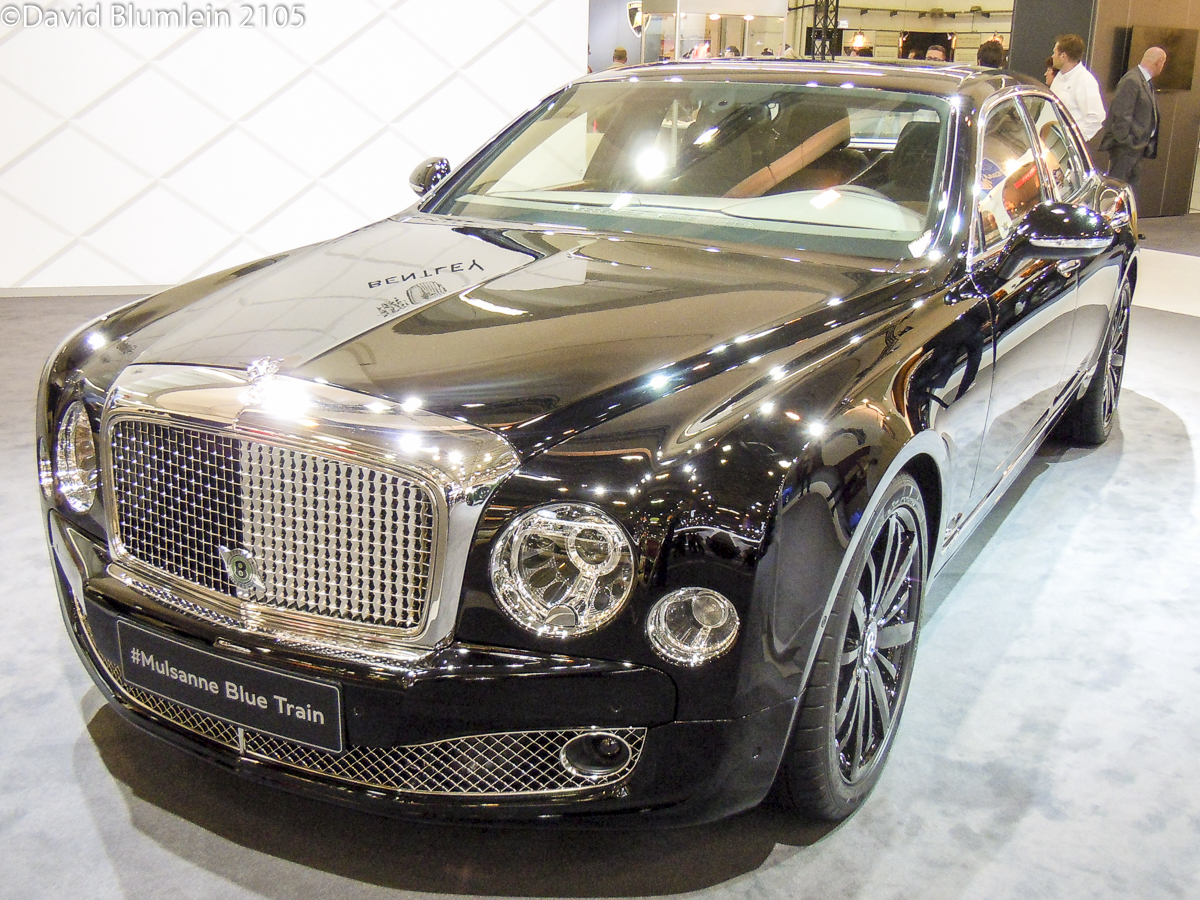 Bentley used the Essen Show to launch their new Mulsanne Blue Train model to commemorate the 85th anniversary of Woolf Barnato’s race with the Blue Train from the south of France to Calais. 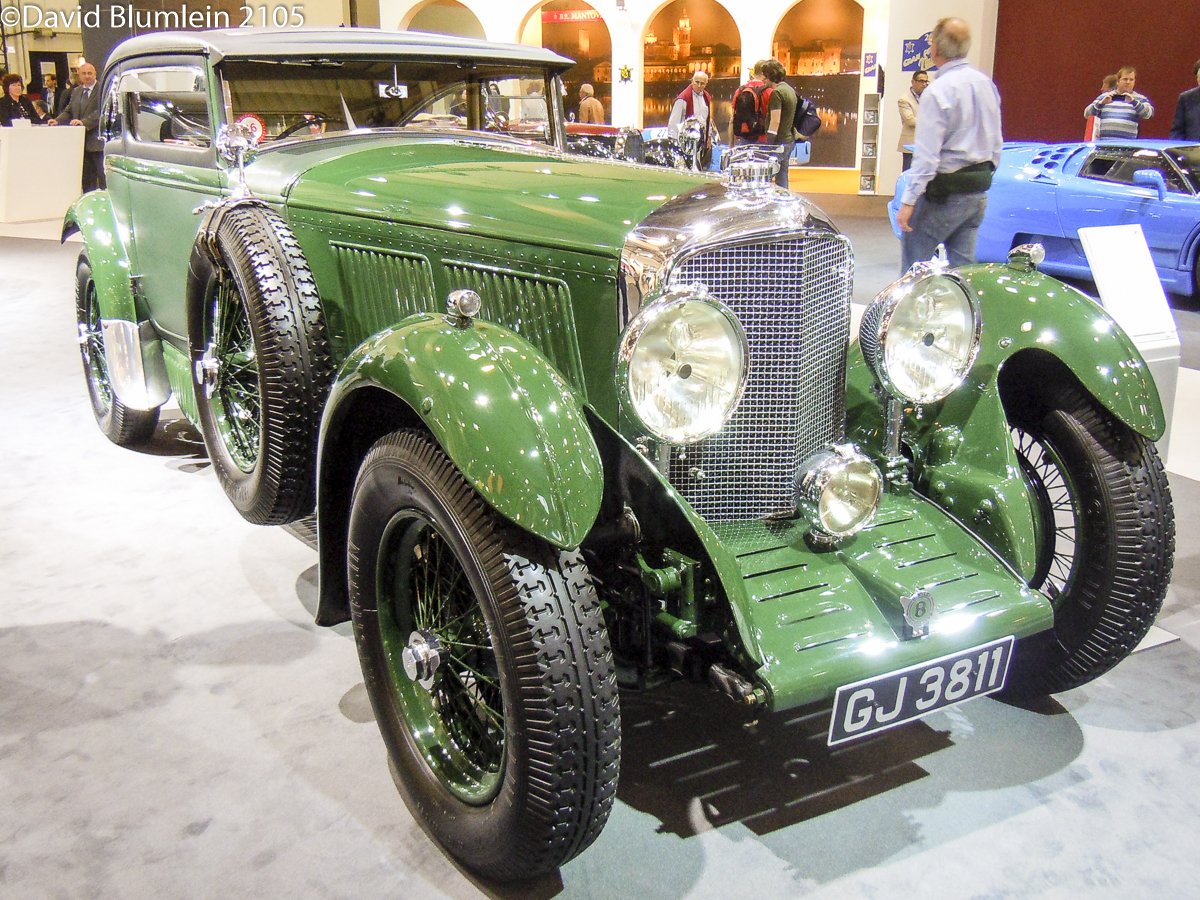 For much of the time since it was believed that Barnato used this elegant Gurney Nutting-bodied Speed Six but this was not the case – this car was not built until after the famous run! In fact Barnato used a Speed Six with a four-door saloon body by Mulliner. 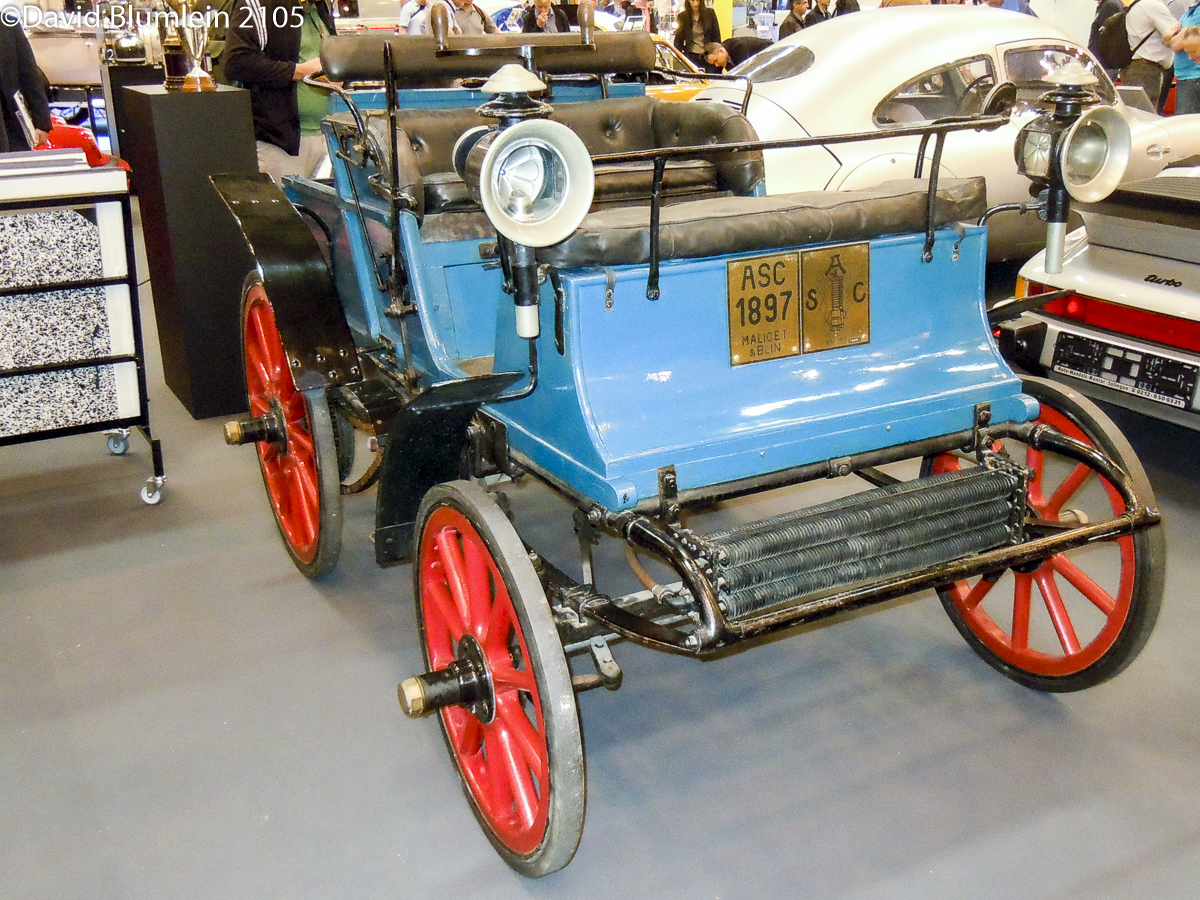 An 1897 Malicet & Blin single-cylinder car. This company did not really make cars but they were one of France’s main suppliers of components, especially chassis and steering gear, to the fledgling industry at the dawn of motoring.