Italy as a state celebrated its 150th birthday in 2011. As part of the festivities the Museo Nazionale dell’Automobile was rebuilt and reopened in Torino. Motorcars are as much a part of the true spirit of Italians as pasta and opera, a world without the automotive art of Italy would be a poorer place. So late in the year our Special Correspondent paid a visit to the collection, one or two rare treasures caught his eye. 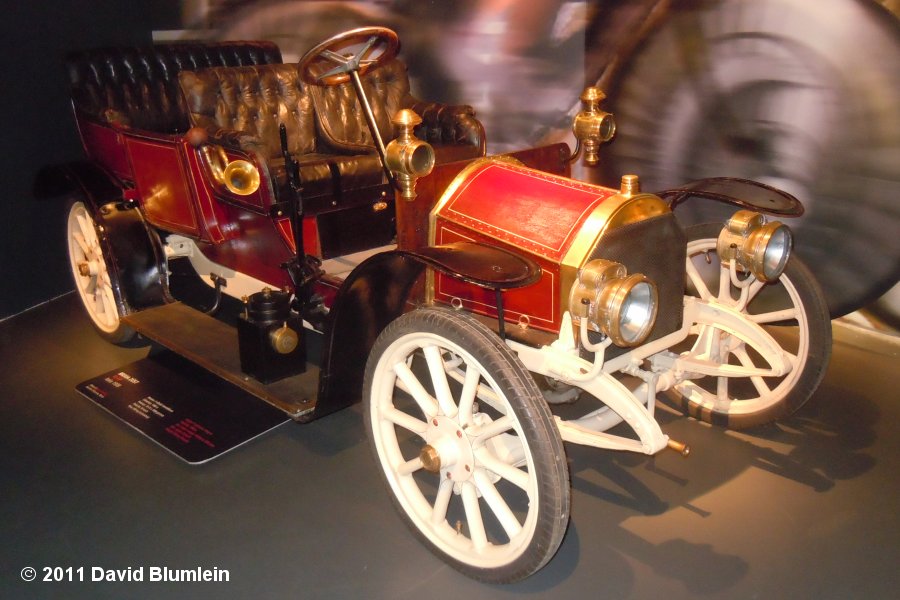 Founder Robert Zϋst, of Swiss origin, had a precision tool manufacturing plant at Intra on Lake Maggiore. At the turn of the century the company experimented with prototype cars and in 1905 the Zϋst company was founded in Milan to make cars and commercial vehicles. Initially expensive large cars were produced but a branch was set up in Brescia to make lower-priced smaller cars under the name Brixia-Zϋst – Brixia is the Latin for Brescia.

This splendid example has a monobloc 3-cylinder engine of 1386 c.c. The company was taken over in 1917 by O.M. (Officine Meccaniche). Production of the bigger S305 was continued until O.M. introduced their own designs, one of which won the first Mille Miglia in 1927. 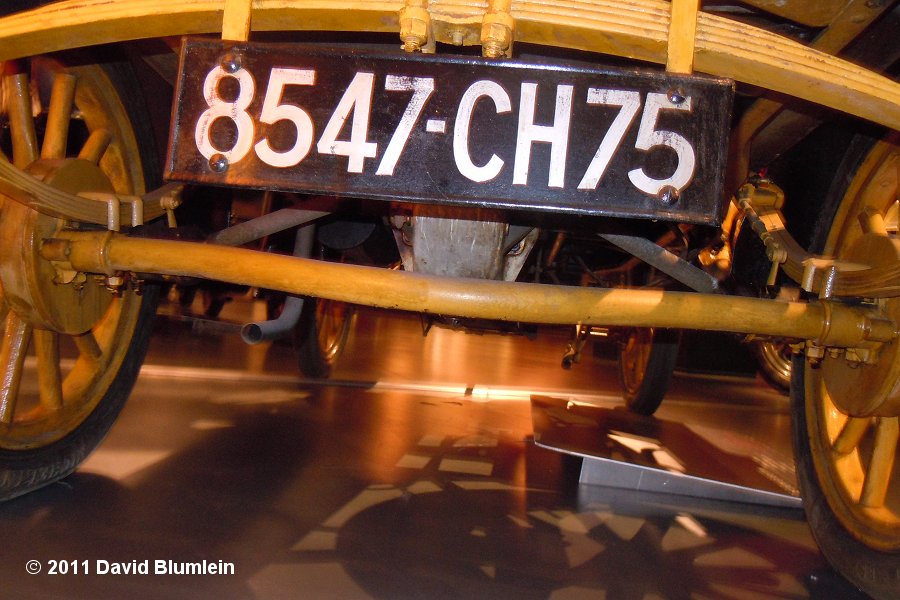 Here can be clearly seen the layout of the famous de Dion  suspension arrangement mounted on one of the company’s very popular runabouts. The de Dion tube is attached to the two rear uprights, helping to keep the wheels vertical (and thus more in contact with the ground) as the suspension rises and falls.

The arrangement became universally popular on racing machines from the Thirties onwards and production cars occasionally adopted the design also e.g. the Rover 2000 (P6) and the Smart City car. Interestingly de Dion themselves abandoned it for their own production cars from 1911! 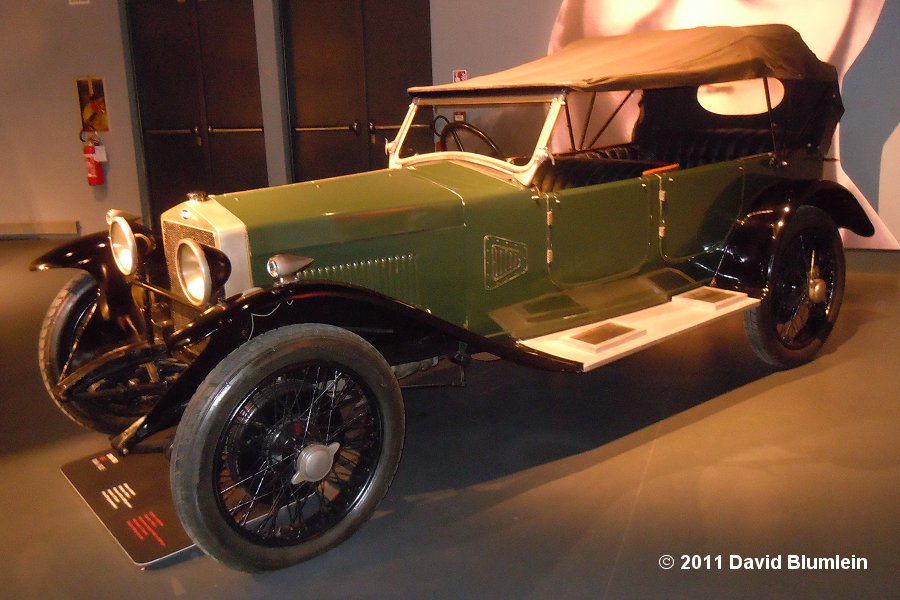 Diatto was a carriage building firm dating from 1835 which gradually diversified into railway engineering and iron founding. Come the 20th century the company turned to cars and, during the First World War, aero engines including Bugatti’s 8-cylinder under licence. In 1922 the Tipo 20 2-litre overhead camshaft 4-cylinder car was marketed and from this evolved the Tipo 30, one which finished 11th in the 1925 Le Mans 24-Hour race.

Diatto built a number of Bugatti Brescia cars under licence and their straight-8 racing design was taken over by the Maserati brothers as the basis for their own Tipo 26. 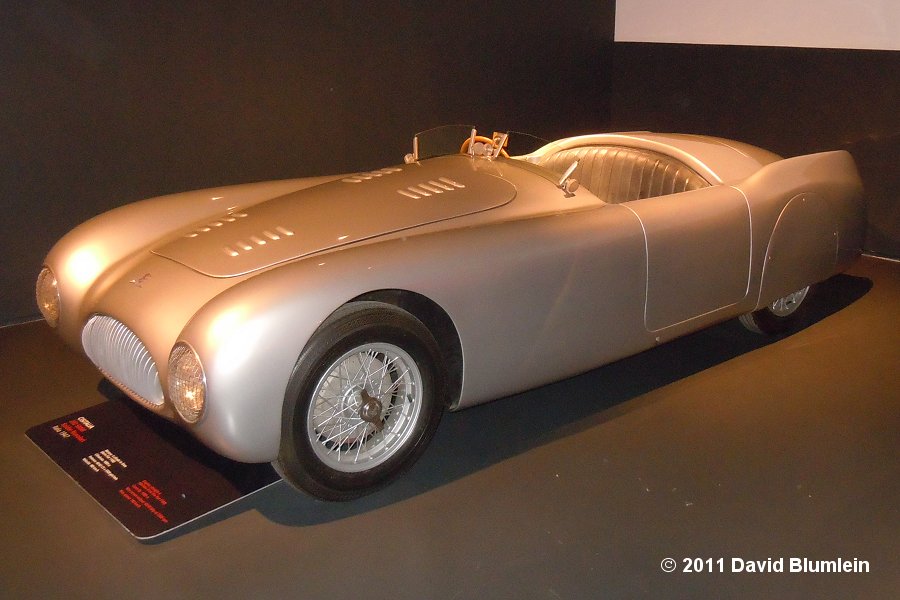 Piero Dusio made his fortune through his textile business which specialised in oil cloth, sporting goods and military uniforms. He was no mean racing driver either, having finished third in the 1938 Mille Miglia driving the previous year’s winning Alfa Romeo. He set up the Corsorzio Industriale Sportiva Italia, Cisitalia, in 1944 to produce some exquisitely styled sporting coupés and spyders with Pinin Farina bodies. They were the work of Dante Giacosa (father of the Fiat Topolino), Giovanni Savonuzzi and Piero Taruffi and were based on the 1100 Fiat o.h.v. 4-cylinder engine. There was a multi-tubular chassis of chrome-molybdenum tubing, transverse-leaf independent front suspension and a rigid rear axle on coil springs and quarter-elliptics which served as radius arms. 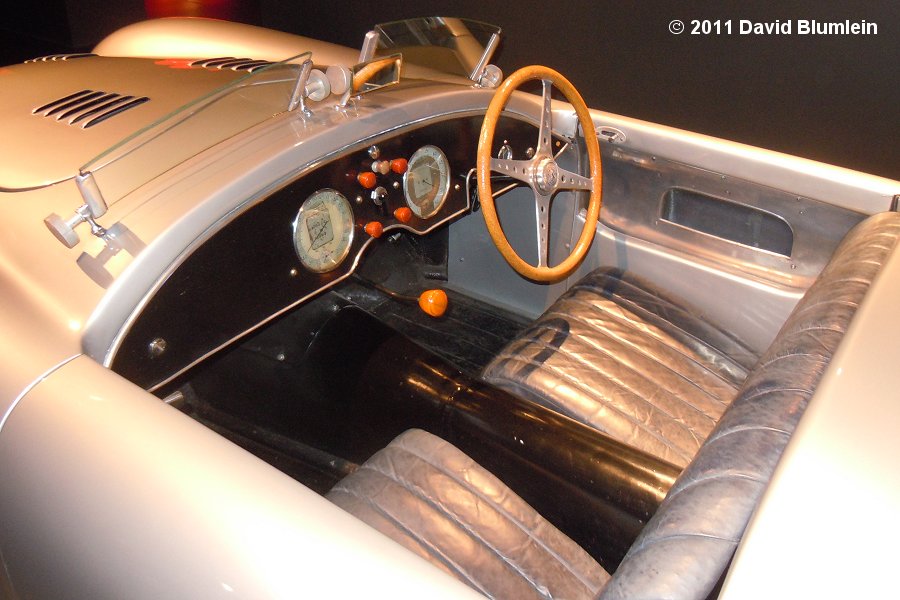 This spyder was one of five entries for the 1947 Mille Miglia and almost provided the great Italian driver Tazio Nuvolari with his second Mille Miglia win. Dusio’s over-ambitious commission of a Porsche-designed flat-12 four-wheel-drive Grand Prix car caused the money to run out and Dusio moved to Argentina in 1949. 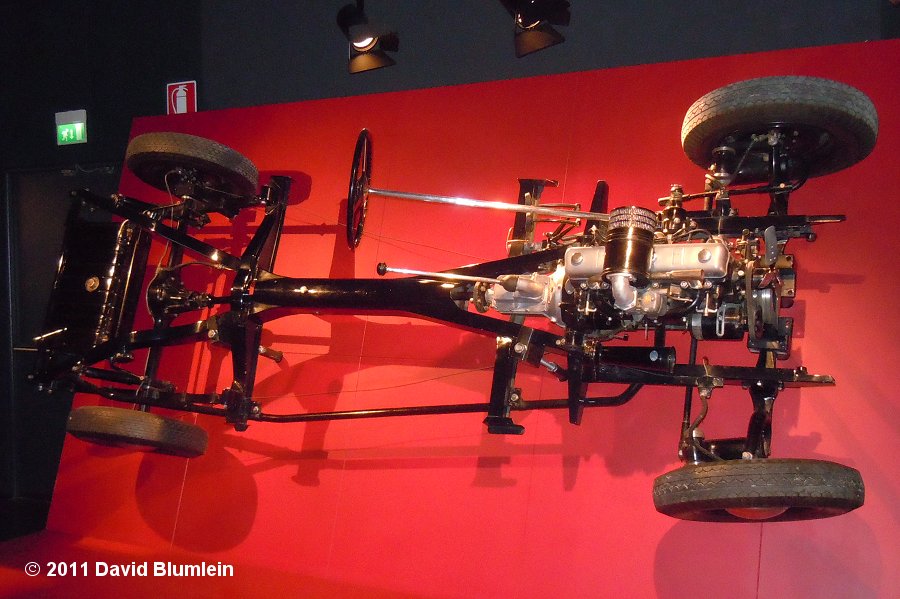 Fiats are often thought of as straightforward run-of-the-mill cars but from time to time this company has come up with some special designs – the 8V for example. There was inspired thinking behind the new 6-cylinder 1500 introduced at the 1935 Milan Show. This replaced the mundane Tipo 514 and was a breath of fresh air: aerodynamic bodywork, tubular backbone chassis and independent front suspension, a first for Fiat. It became a rival for the outstanding Lancia Aprilia in the late Thirties. 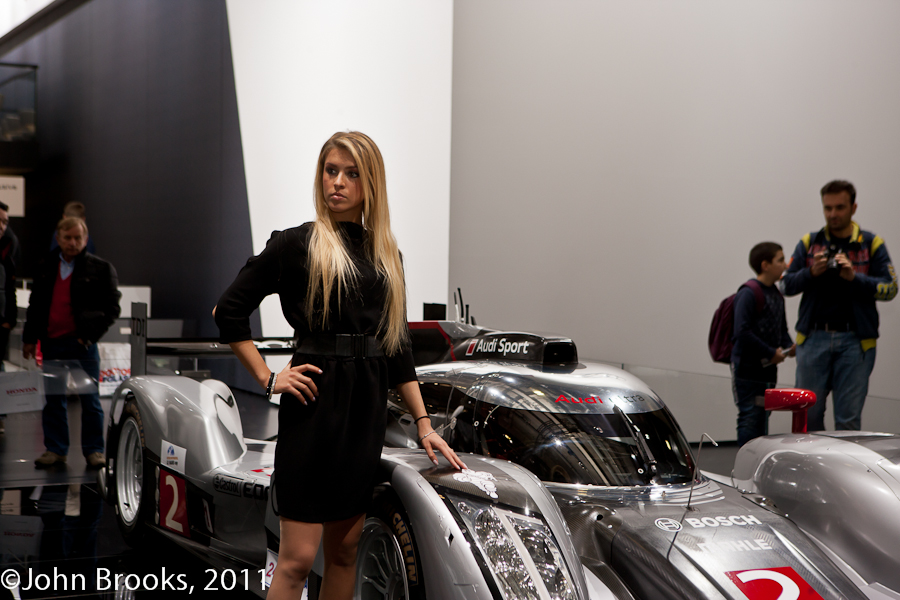 It has been a bit quiet at DDC HQ of late. I have been on manoeuvres with The Special Correspondent and the shadowy figure just known as “The Captain”. We have been exploring Italy, from Torino to Bologna, much more on that later.

In the meantime here are some snapshots from the Grand Tour.

The Bologna Motor Show is on this week, so we popped by to discover much to interest. Audi had one of their Le Mans-winning R18 on display, one of many race cars to admire. 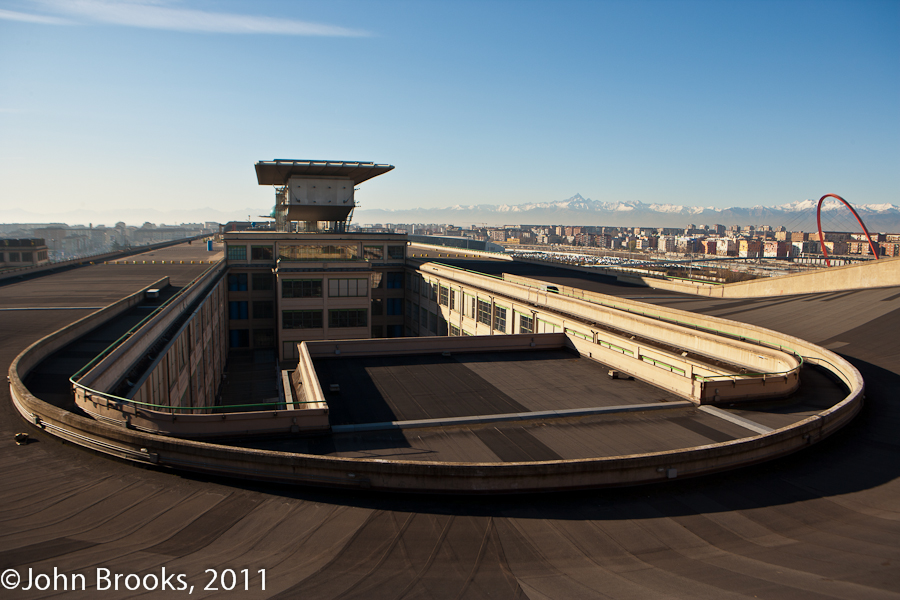 What do you with a redundant car factory……….bulldoze it and build something glass and chrome? Or preserve the famous structure and recycle the whole sheebang? The latter would seem to be the best answer, at least from the evidence of the project to rescue the Lingotto factory.  The former home of FIAT, is now a shopping centre, with hotels, art galleries etc. The famous rooftop test track is still there and we were lucky enough to be allowed a visit. 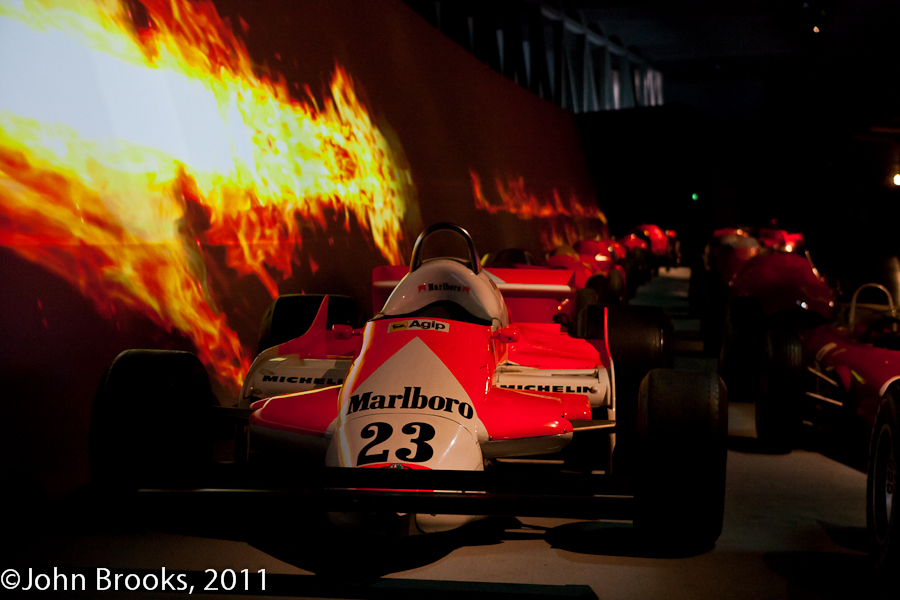 First Time For Everything

As if that was not enough automotive goodness, just down the strada was the freshly opened Museo Nazionale dell’Automobile, celebrating the fantastic contribution of Italy to motoring. A must visit place.