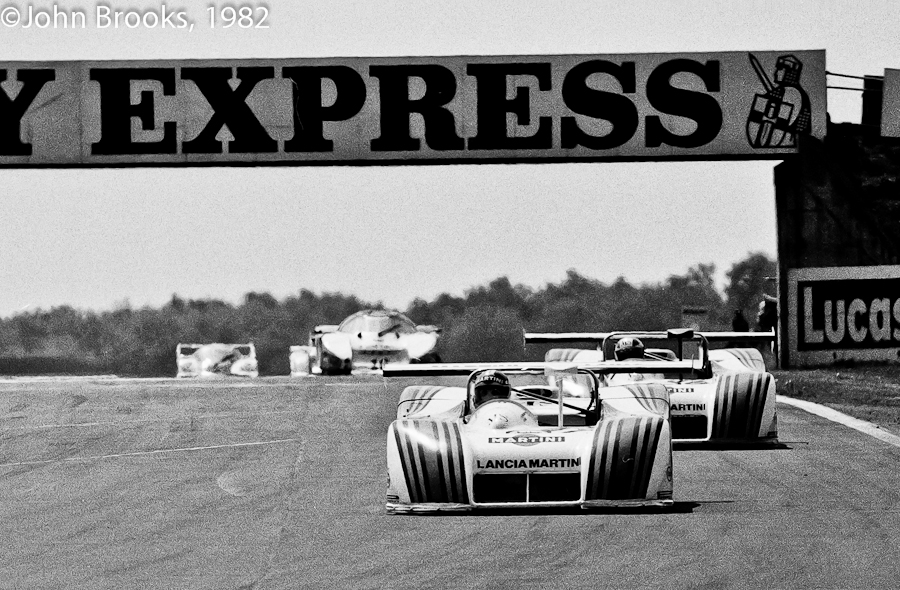 OK, maybe I am not Mel Brooks but you get the drift.

Fishing through the archives I found this shot of the Lancia LC1 pair running away at Silverstone back in 1982. As ever in motor racing controversy was not far behind. The Group C rules were based on a specific fuel allocation per race, at Silverstone it was 600 litres, the standard amount for 1000 Kilometre races. Unfortunately the race at Silverstone was run to a traditional six hour format, that amounted to 1,118 kilometres for the winning Lancia. So despite taking pole position by 1.7 seconds, the sole Rothmans Porsche 956 of Jacky Ickx and Derek Bell ended up trundling round some ten seconds off the pace in order to save enough fuel to get to the finish. Motor racing it was not.

Rules made by those who do not understand the consequences……………now where have we heard that before?