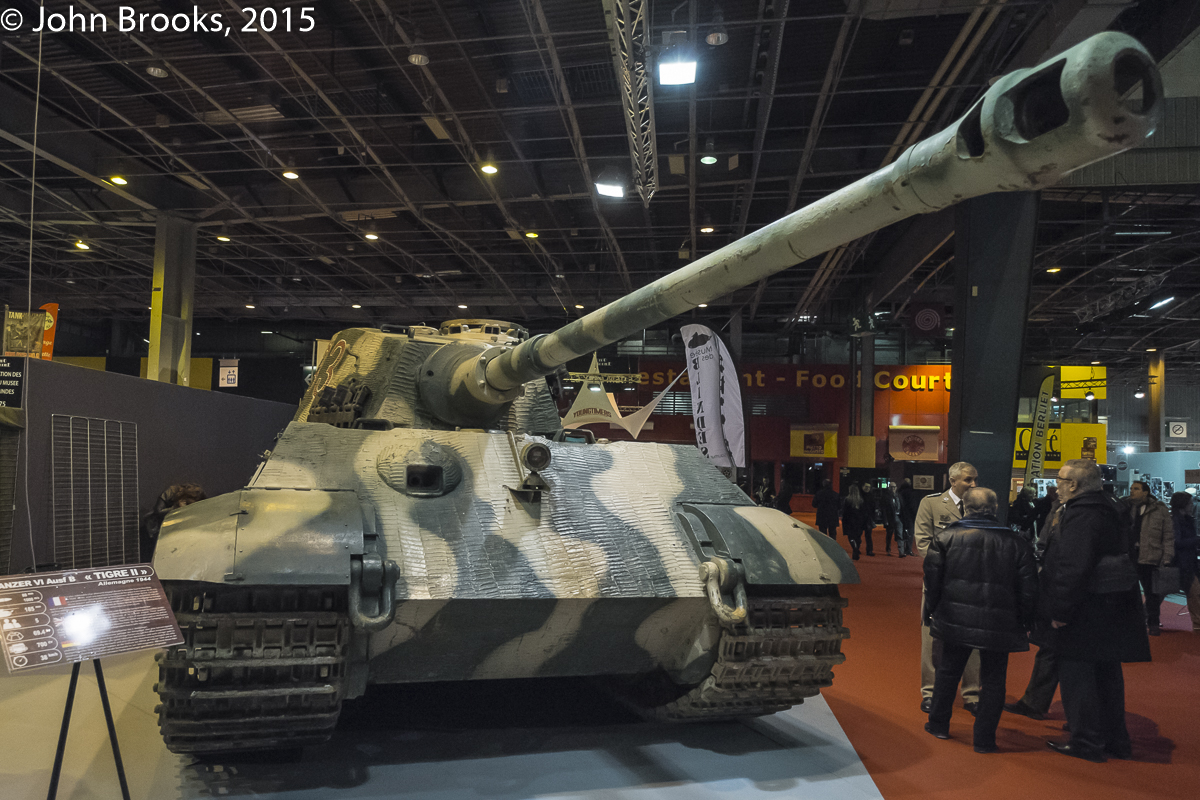 In Paris for the Retromobile, that great classic car show, that truly brings Gallic automotive flair out for admiration. Sometimes though muscle will beat brains, Goliath gets David and this 70 ton monster was the Big Daddy back in 1944. Nicknamed the Königstiger or the King Tiger it was, perhaps, the most feared armoured vehicle that the Allied soldiers on either the Western or Eastern Fronts would have to face.

Even at rest in the Porte de Versailles it has real menace and when the bellowing 23 litre V12 engine was fired up we all jumped for cover. If you are in Paris over the next few days get down to the show, it is packed with great cars.