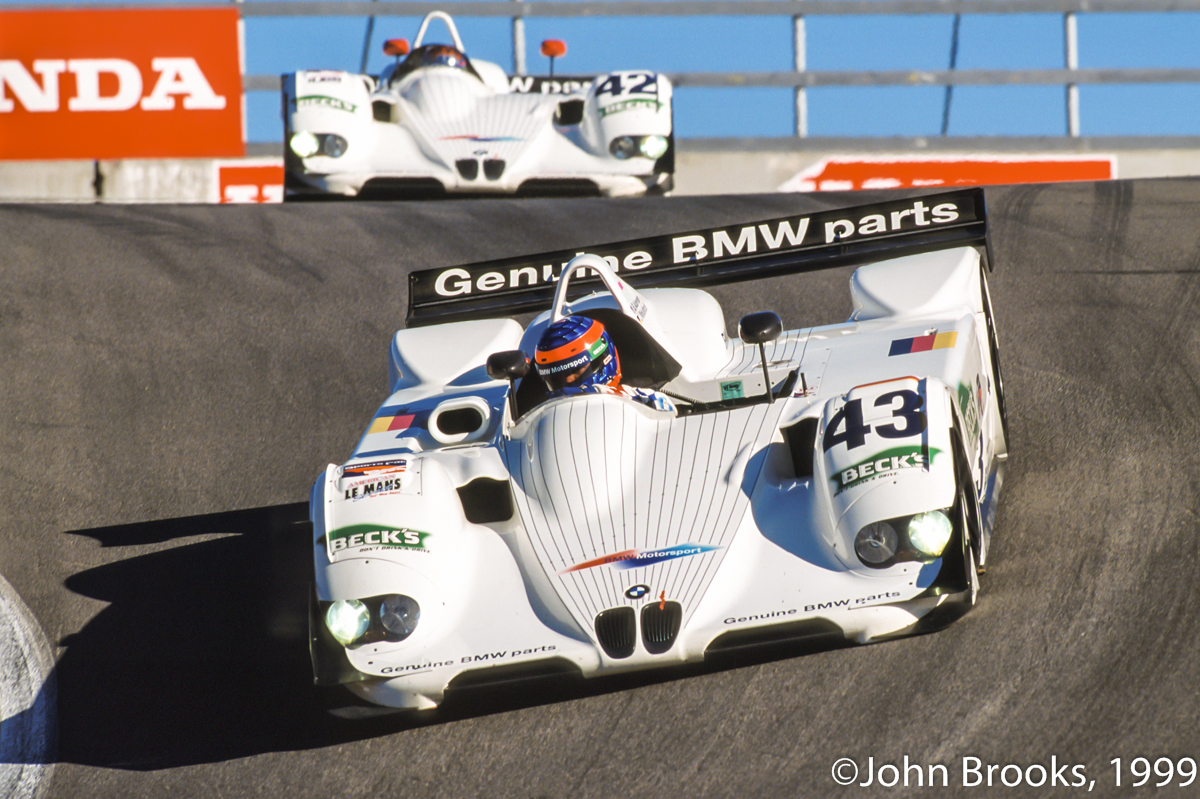 Bill Auberlen leads JJ Lehto down Laguna Seca’s Corkscrew in their BMW V12 LMRs. It is October 1999 on the Monterey Peninsula, a very agreeable time and place as I recall. Their main opposition came from the Panoz Roadsters, those rumbling beasts who have passed into legend. 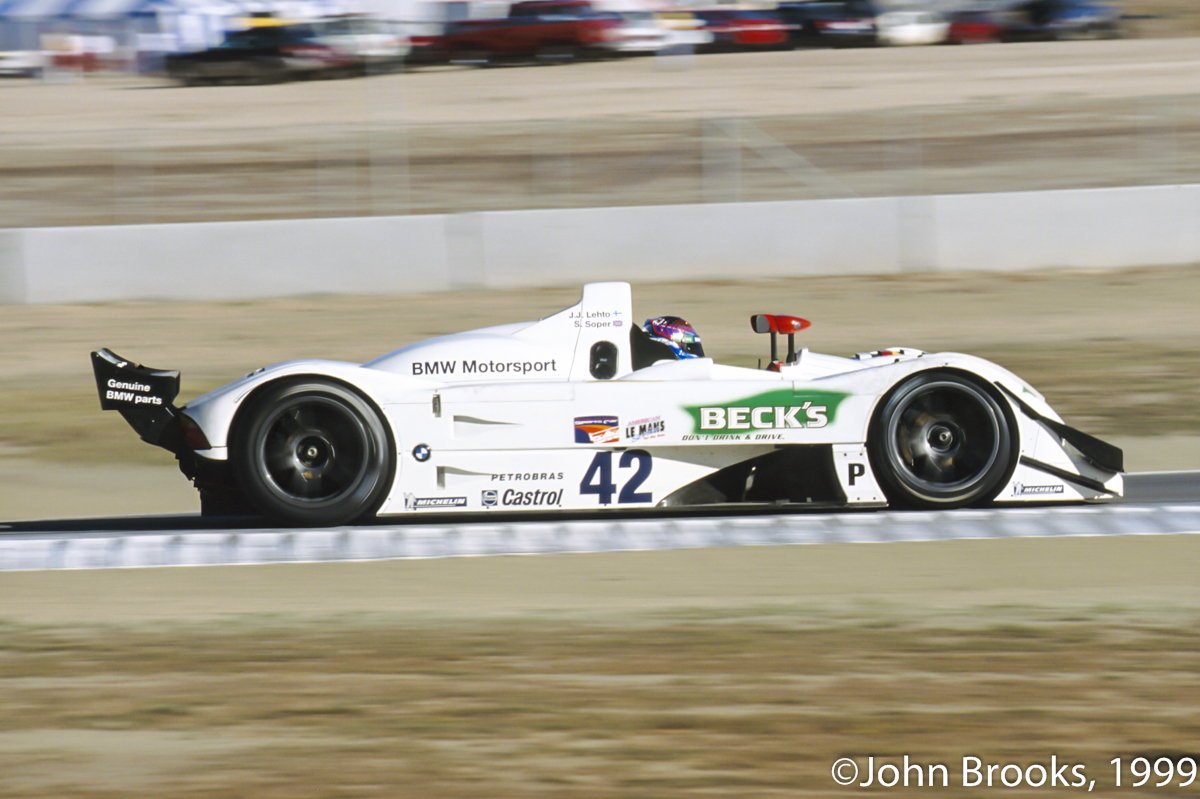 The Williams-built V12 LMR prototypes raced during 1999 and 2000, racking up a Le Mans triumph in the first year but they failed in their quest to win the drivers’ or teams’ or manufacturers’ titles in the American Le Mans Series. A paperwork snafu at Sebring and the team’s withdrawal from Mosport on safety grounds let others slip in front the first season. Audi’s arrival with their new R8 accounted for the following one. Then Munich set sights on Formula One, their endurance prototype campaign was dropped and we all know how that cunning plan panned out in the long run.