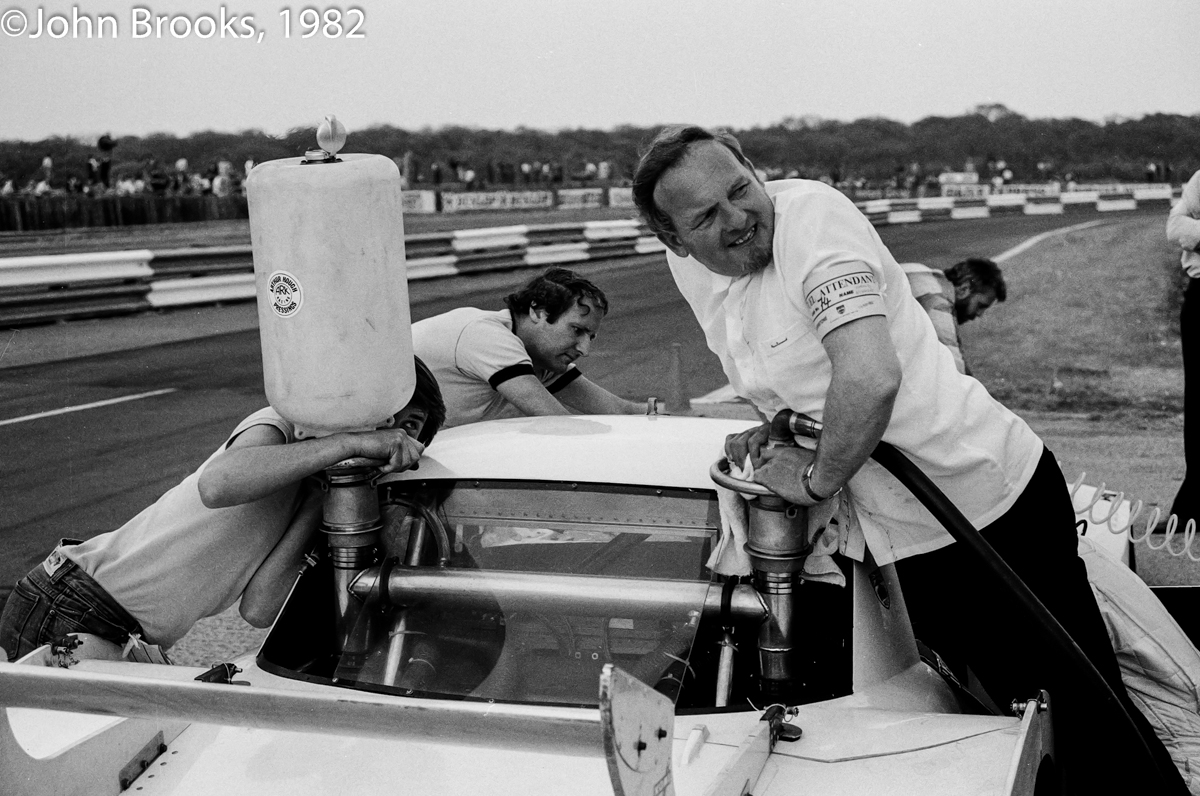 Social media is full of images from the pit lane fire in Shanghai that took place yesterday. Thankfully no one was injured, I doubt that the same happy result would have happened if something had gone wrong at the above refuelling stop, we have come a long way since then. The car was the Janspeed Lotus Elan driven by Max Payne and Chris Ashmore and entered by ARK Racing. The race was the Silverstone 6 Hours, the second event run to Group C rules.

The Lotus was disqualified after 173 laps for a push start…………..well you have to draw the line somewhere, Old Boy.