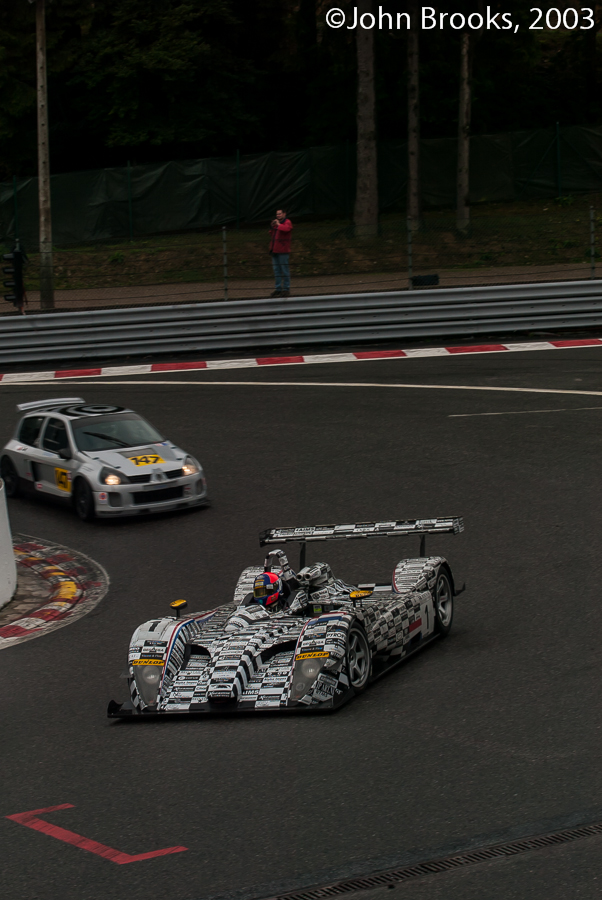 2003 saw the end of the road for the FIA SCC, whose competitors were affectionately known as Mango’s Barmy Army.  Numbers on the grid dwindled and even John Mangoletsi himself was no longer on the scene. Stéphane Ratel and Patrick Peter joined forces with Martin Birrane and David Kennedy in an effort to breath some life into the Championship but matters were beyond all help. The bright light on the horizon was the prospect of the quartet joining the ACO to create the Le Mans Series, the first step on the road to a proper World Endurance Championship. 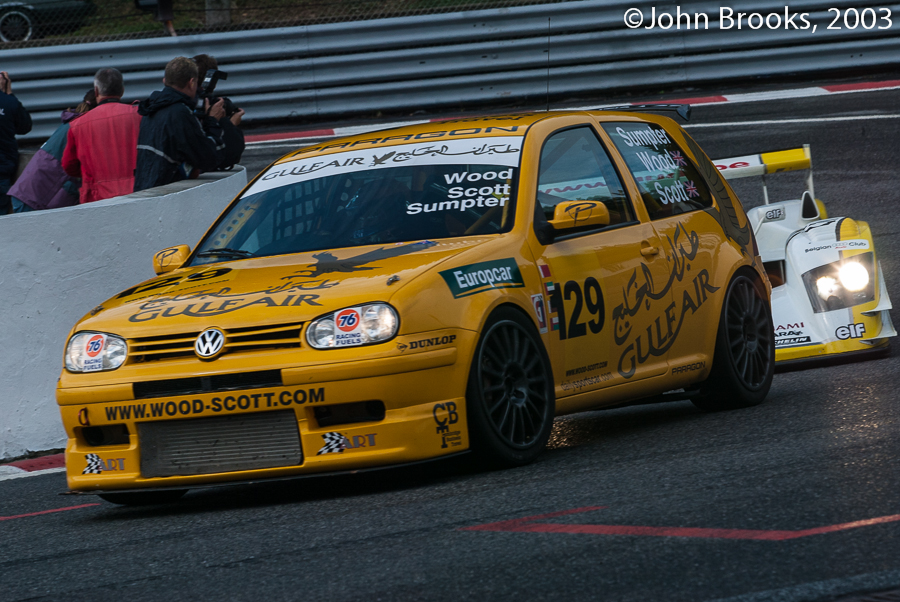 The penultimate round of the FIA SCC was held on the majestic Spa Francorchamps circuit, a truly cunning plan was hatched to increase numbers, step forward the British GT Championship. So 24 GTs were added to the 11 prototypes to give the grid a fig leaf of numerical respectability. Of course SRO’s definition of a GT was typically elastic, so there was both a VW Golf GTI and Renault Clio V6 in the mix, seen here interfacing with Jan Lammers in the Dome and Tom Kristensen in the Audi R8. Utterly bizarre and thankfully not repeated.