Our Special Correspondent went to Birmingham for the recent Classic Motor Show, here are some of the gems that he found. 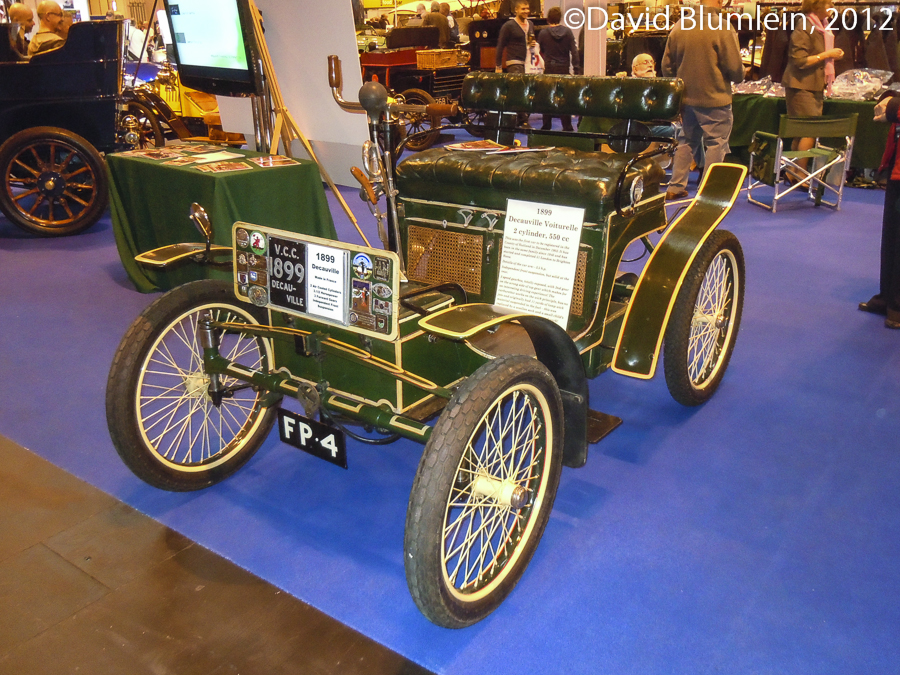 This little Voiturelle is important in motoring history as it has independent front suspension, the first known example of i.f.s. on a petrol car. As can be seen, it has a transverse leaf spring operating on sliding pillars. Strangely there is no rear suspension and it is  powered by two De Dion singles on a common crankcase. 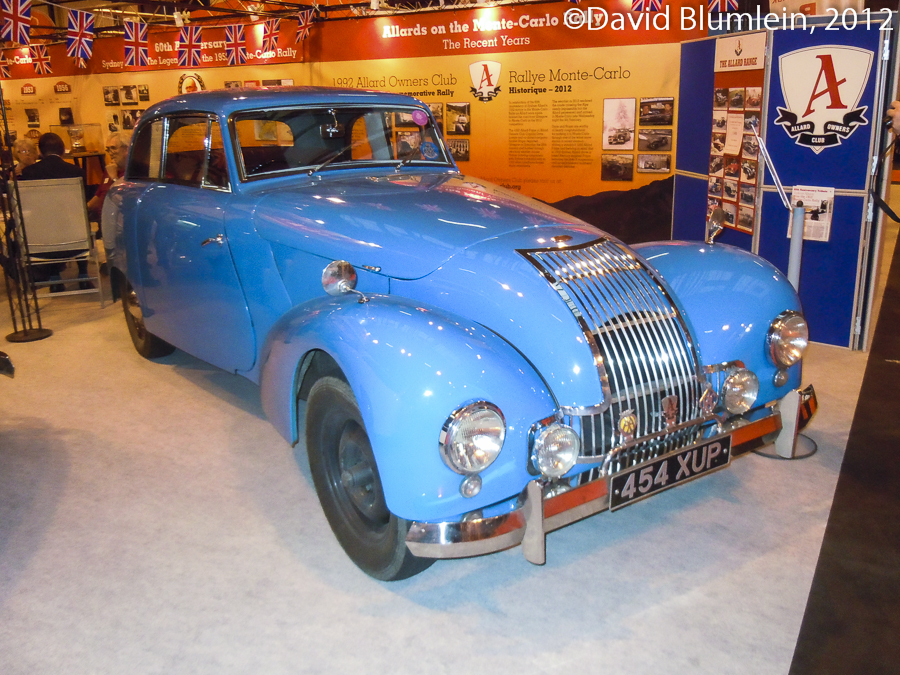 It was no surprise to find P1 saloons on the Allard stand because this year is the 60th anniversary of Sydney Allard’s win with a P1 saloon in the 1952 Monte Carlo Rally, the only time the event has been won by a driver in a car of his own construction. This model was Allard’s best seller, 559 being made between 1949-1952. 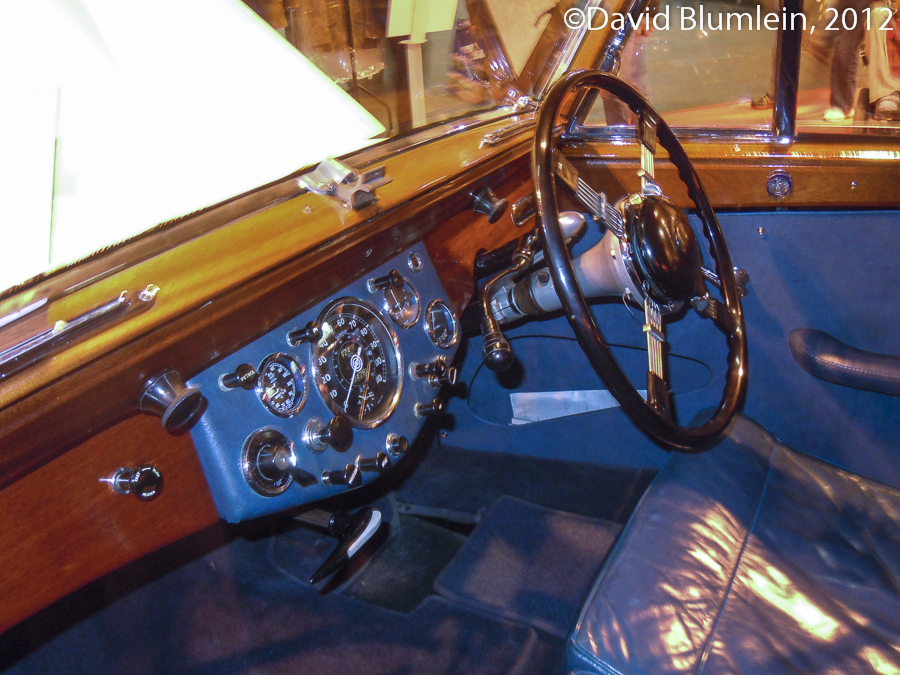 It was powered by the familiar 3.6-litre side-valve V8 as used by Ford in the Pilot and even inherited this car’s steering–column gear change. The successful rally car had a 4.4-litre Mercury V8. 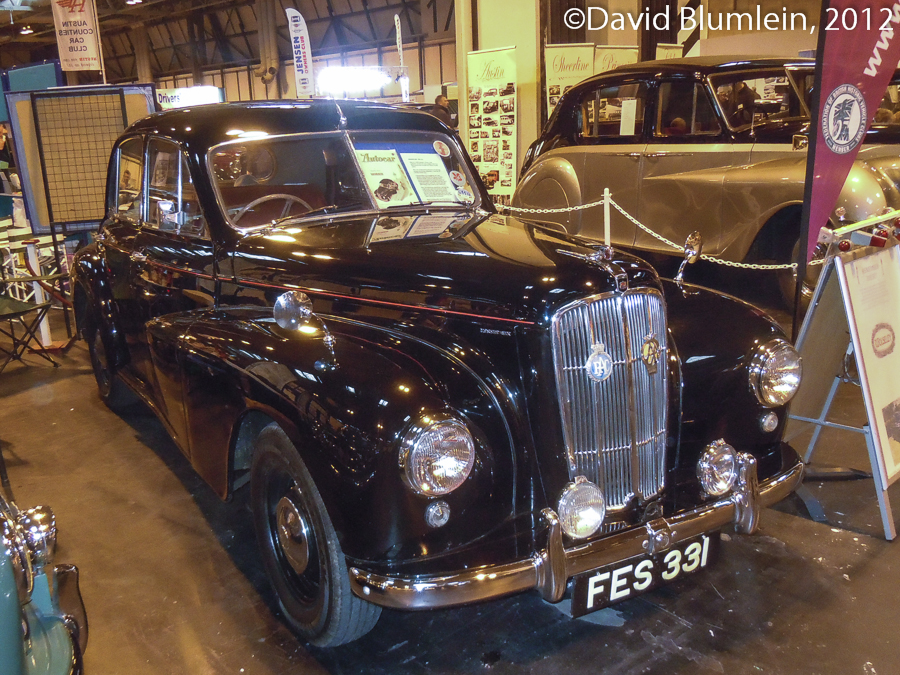 From the same era comes this Morris Six, the largest of the three completely new Morris cars introduced at the first post-war Motor Show at Earl’s Court in 1948. The sensation was of course Issigonis’s Morris Minor but a first for the make was that all three newcomers (the other was the Oxford) had independent front suspension – away with the cart springs at last! – in their case by torsion bars. Whereas the two smaller models still relied on rather gutless old side-valve units , the Six was given a new 6-cylinder overhead camshaft 2.2 litre motor which it shared with its Nuffield stablemate, the Wolseley 6/80. 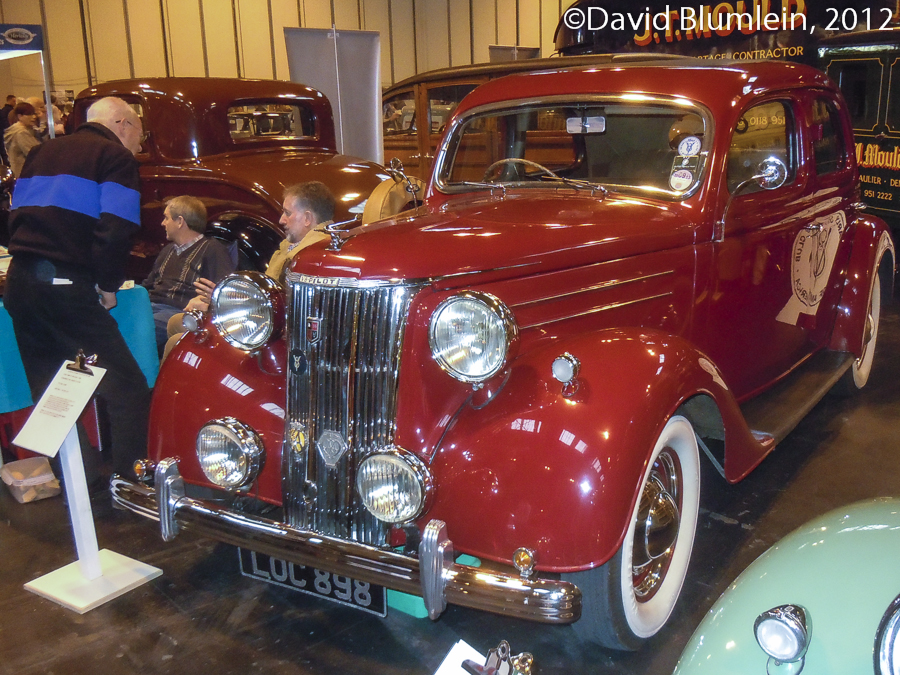 The Pilot was Ford’s post-war version of their pre-war V8 and it suffered from the same antiquated chassis design – hence the transverse leaf spring suspension on solid axles. One concession to modernity was the currently popular steering-column gear change but it still operated on only a 3-speed box. The Pilot was nevertheless a tough machine and they built 22,000 of them before the arrival of the completely new Consul and Zephyr range at Earl’s Court in 1950 with their trend-setting MacPherson independent front suspension. This also spelt the end for the famous flat-head side-valve V8 in the private car range from Dagenham (but not at Ford-France) although updated V8s were to be the staple diet in America for decades – Fords were the first to make over 100 million of them! 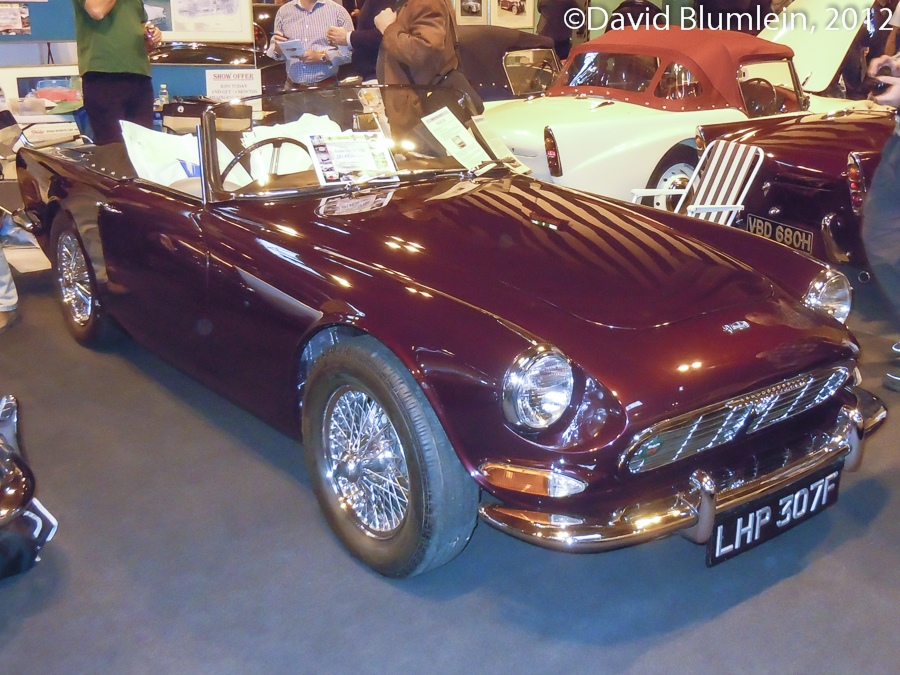 By the mid-Fifties Daimler was being confronted with an ever-changing market for which the Century and faster Century Conquest models had been produced; the works had cast these into the likes of the Monte Carlo, Alpine and R.A.C. rallies to help generate a more modern image for the traditional marque. This led to the introduction of a two-seater sports car, the SP250 , the heart of which was the superb Edward Turner-designed V8 engine. By 1960 Jaguar had swallowed up Daimler in its entirety and produced a mechanically improved SP250 so naturally the engineers started to play around with possible successors. One line of thought was this SP252 , just two examples of which were made. Lyons himself apparently had some input to the styling but he didn’t like the final outcome and this killed off the project, especially when it was realised that such a car would be more expensive to produce and this would take it into E-Type territory. 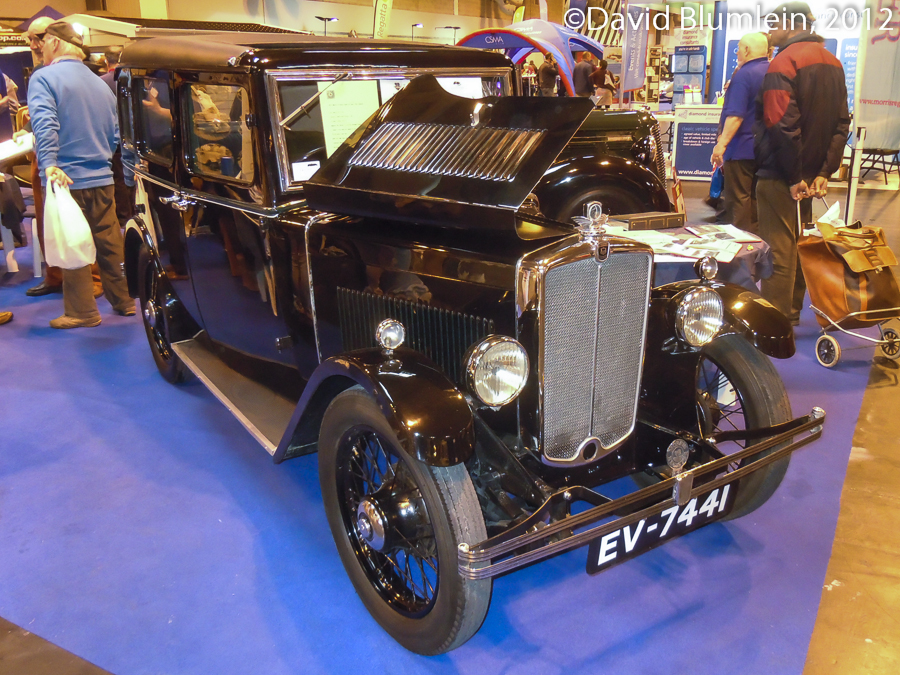 This is a rare car! William Morris had introduced his Minor at Olympia in 1928 as his answer to the Austin Seven. It had a Wolseley-designed overhead camshaft engine (Morris had bought the ailing Wolseley company in 1927) but by 1931 had replaced this unit with a cheaper to produce and maintain side–valve motor. 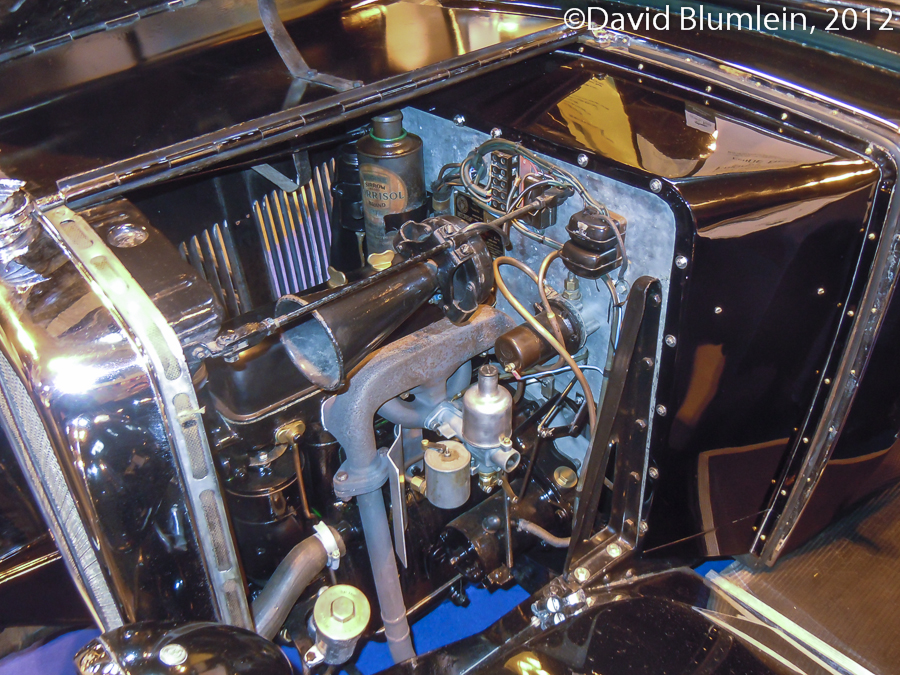 For 1932 two longer wheelbase models were added, the Eight Sports Coupé and this Family Eight, both of which retained the old overhead camshaft engine. Production was short-lived, probably until supplies of the older unit ran out. 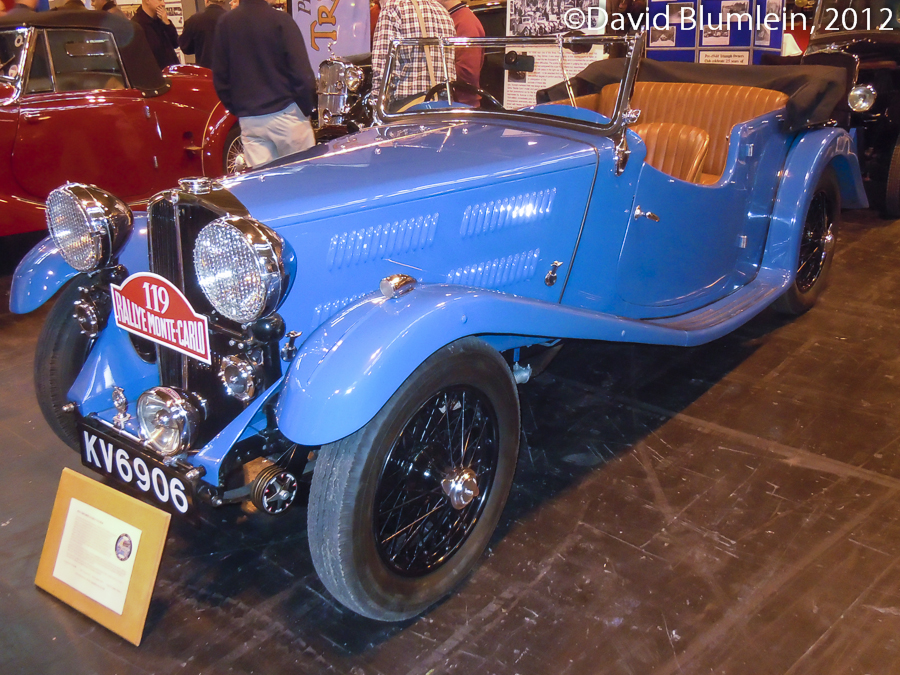 Donald Healey joined Triumph in September 1933 as their Technical Director and with his competition background managed to persuade the Board to enter seven of the new Gloria models for the 1934 Monte Carlo Rally in the January. They included three specially built Gloria four-seat Tourers with lightened chassis, all aluminium bodies, a 17-gallon tank and twin spare wheels. KV6906 was driven by John Beck Jr and Reg Tanner. Starting in Tallin in Estonia they arrived in Monte Carlo in 10th place on the Light Car class, finishing 27th overall (Healey came 3rd). All seven Triumphs finished. 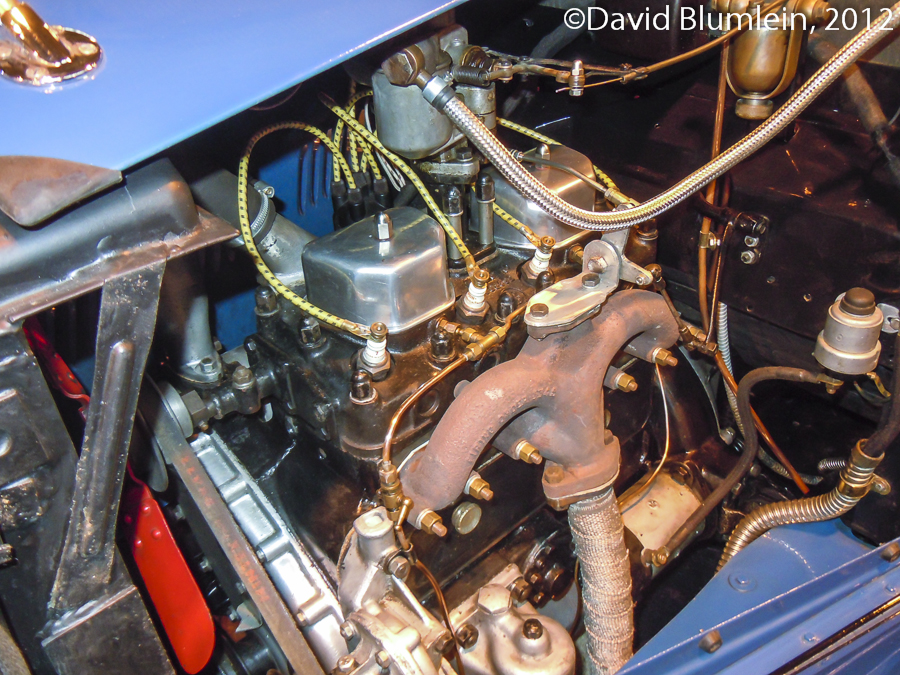 The car’s Coventry-Climax engine. It had a capacity of 1087 c.c. and had overhead inlet and side exhaust valves. 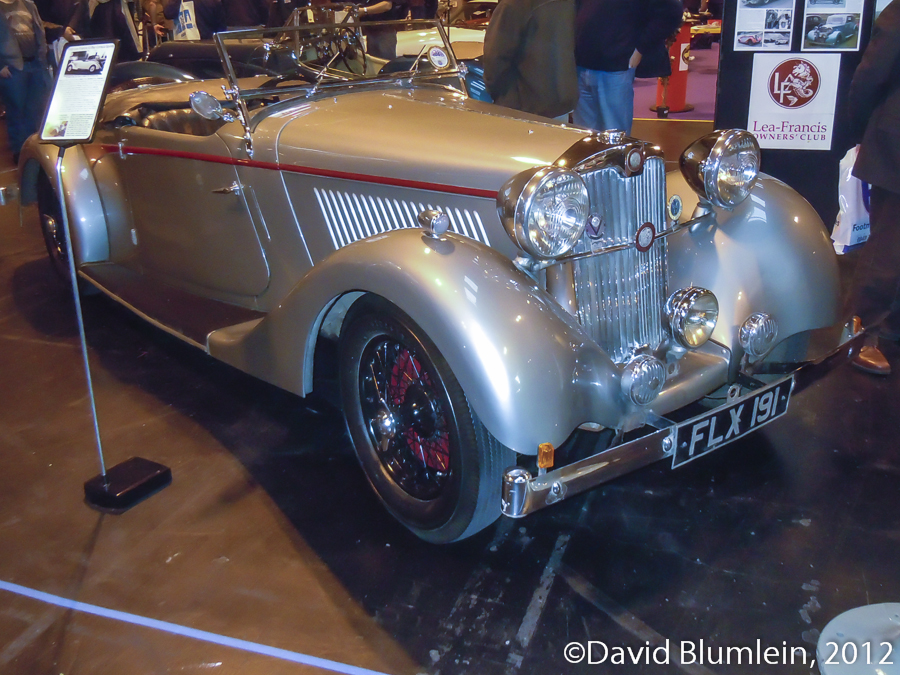 The 12 h.p. Lea Francis (actually 12.9 h.p.) was introduced in 1937. This car was shown at the Earl’s Court Show in 1938 and was one of three made with Corsica bodies. One of the company’s agents, Charles Follett, used a similar car with a stripped body to win “The Second August Long Handicap Race” at the August Brooklands Meeting in 1938 . 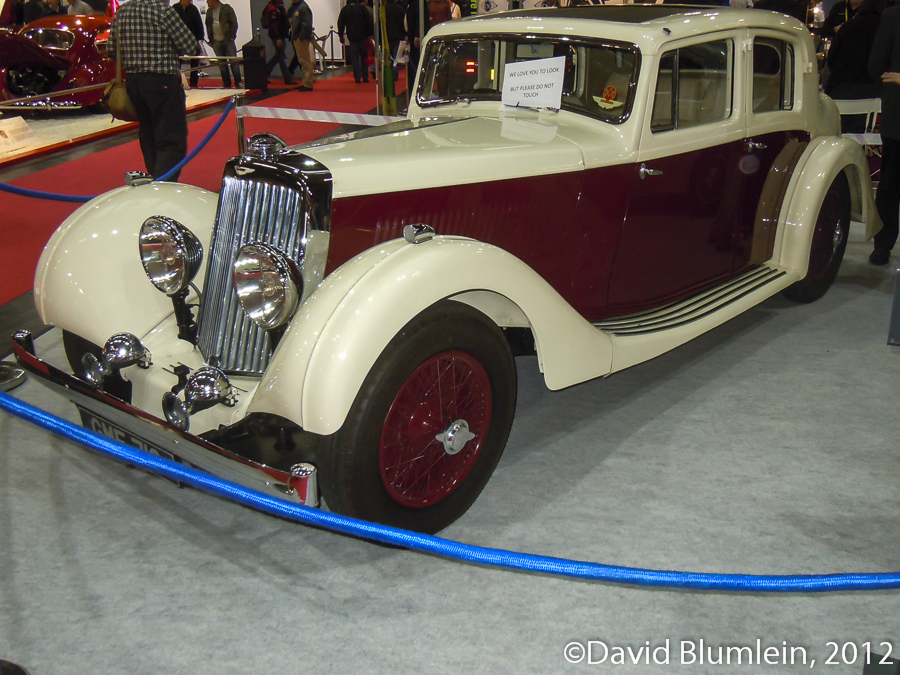 You don’t often see 4-door Aston Martins although they did offer four doors on their first T-type series, an example being on their stand at the 1928 Olympia Show. This is a Bertelli-bodied car built on the long chassis to accommodate the extra doors; 50 such chassis were constructed. The 15/98 cars were powered by the 2-litre overhead camshaft engine. 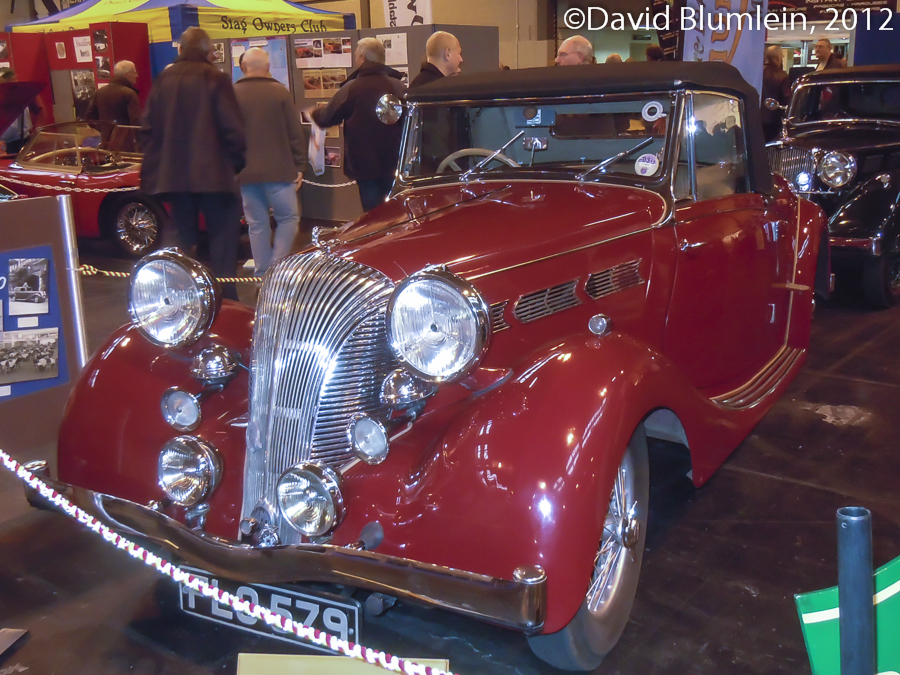 By the mid-Thirties it was Triumph policy to move away from making small cars – they lacked the production facilities to compete with Austin, Ford and Morris – and to move up market to compete with the likes of Riley, Alvis and SS, at the same time playing down their more sporting image. After using Coventry Climax engines, Healey designed a new family of OHV Triumph 4- and 6-cylinder motors  which were used in the Vitesse and Dolomite ranges. 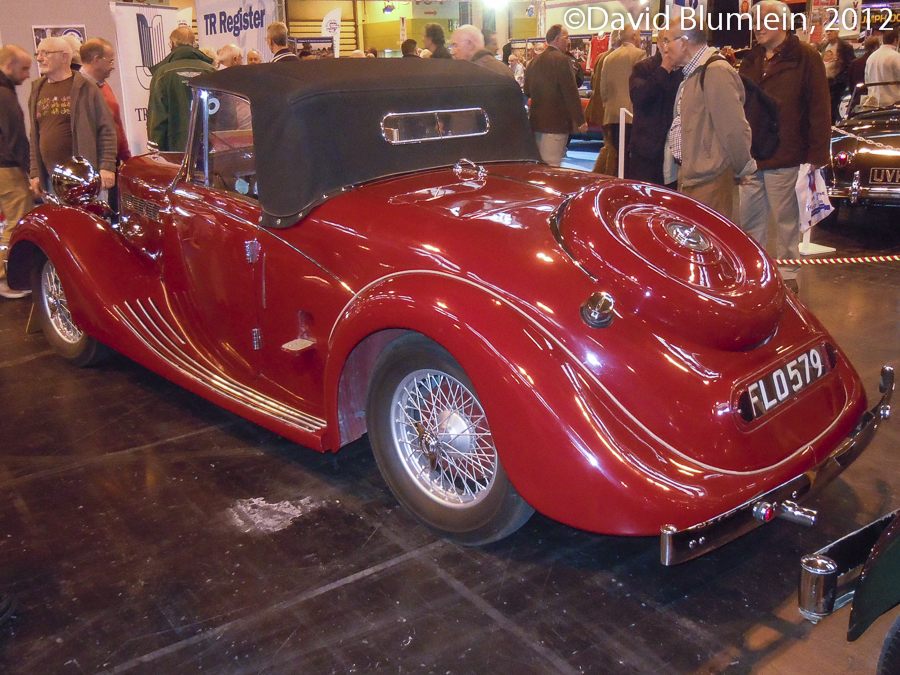 This Dolomite, with its controversial “waterfall” grille copied from the 1936 Hudson, was typical  of the company’s production just before the war. For those who did not like the brashness of this Dolomite grille, Triumph offered the 2-litre Continental model with the traditional grille from the Vitesse. 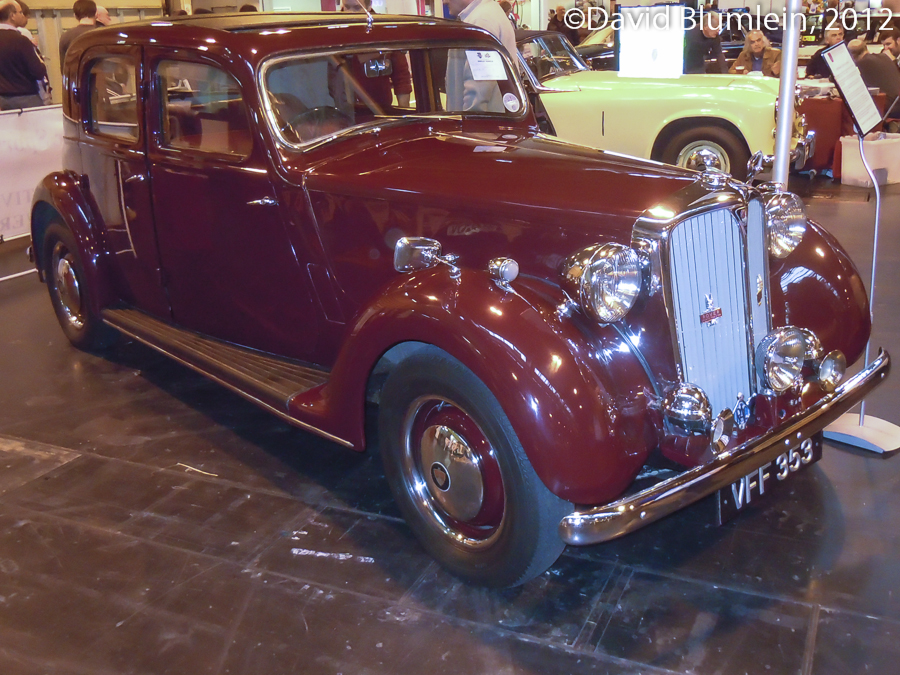 Rover 75
The Rover 75 and 60 were the company’s first new models after the war. Similar in looks to the later pre-war cars, these P3 series cars were very different under the skin. They had completely new overhead inlet and side exhaust valve engines, 6 cylinders for the 75, 4 for the 60 and forthcoming Land-Rover, and, for the first time on a Rover, independent front suspension using the André-Girling system already used on the pre-war Lanchester Roadrider. 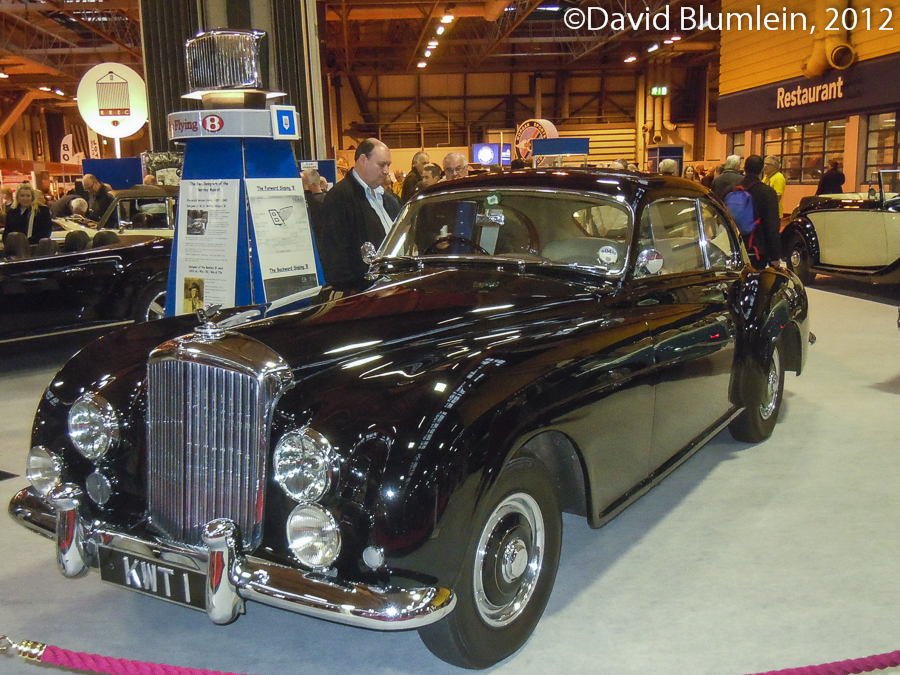 Introduced at the Motor Show in 1951, this original version of the Bentley Continental has to be among the most beautiful cars ever made. Most of the R-Types were given this exquisite body by coachbuilder H.J.Mulliner.