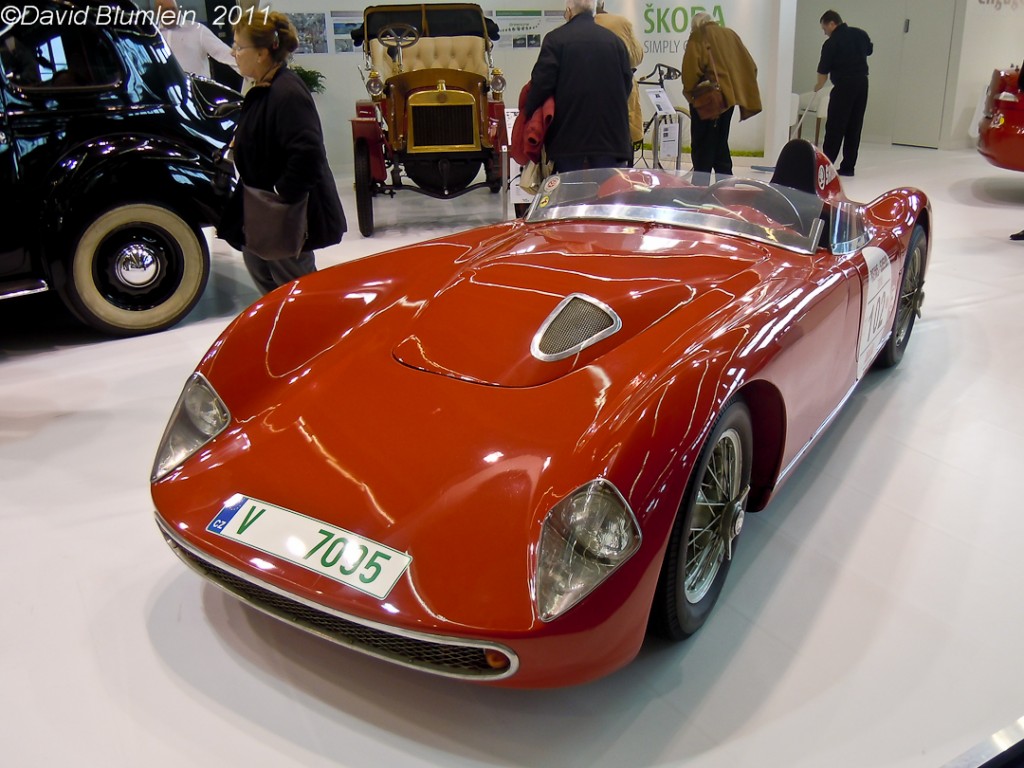 Skoda, a rather misunderstood and, during the years of Communist control, an unfairly maligned manufacturer, produced over the years some fine and technically advanced motor cars  – their Popular  model of the Thirties for example pushed our Austin Ten and Morris Eight well into the shade. 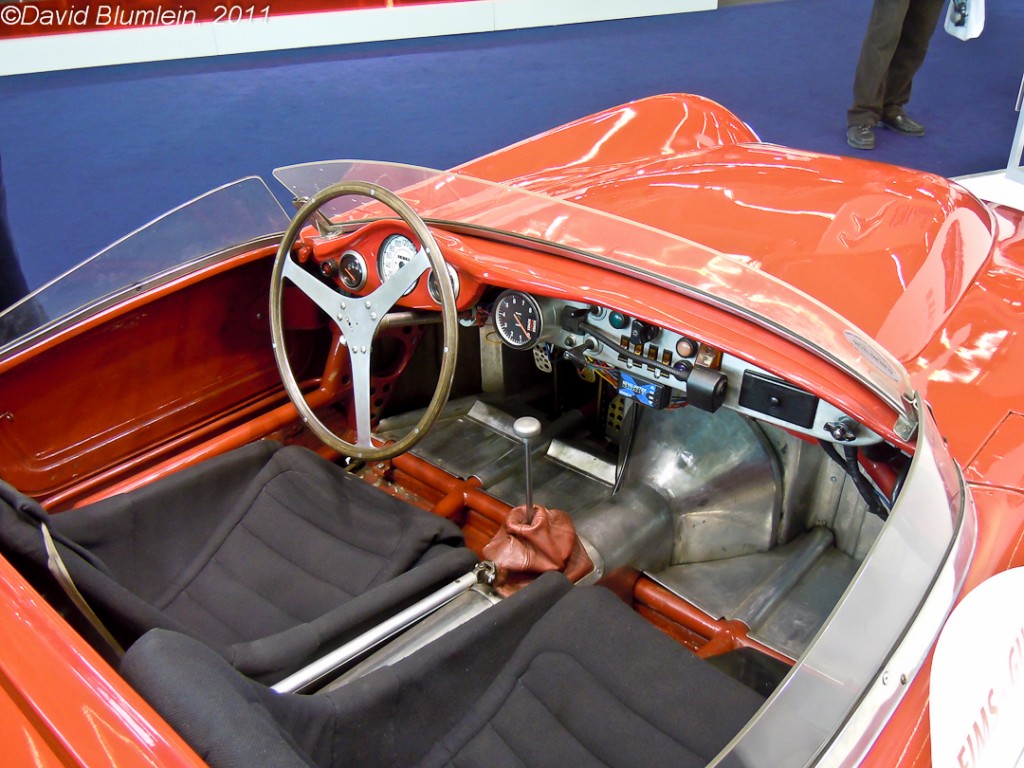 Despite political restrictions, they did manage to dabble on a limited scale in competitions, mainly in national events, although three 1100 saloons did well in the 1948 Spa 24 hour race, winning the 1100 c.c. Touring category, an 1100 Sport ran in the 1950 Le Mans race and rear-engined Skodas won their class in the R.A.C. Rally no less than sixteen times! 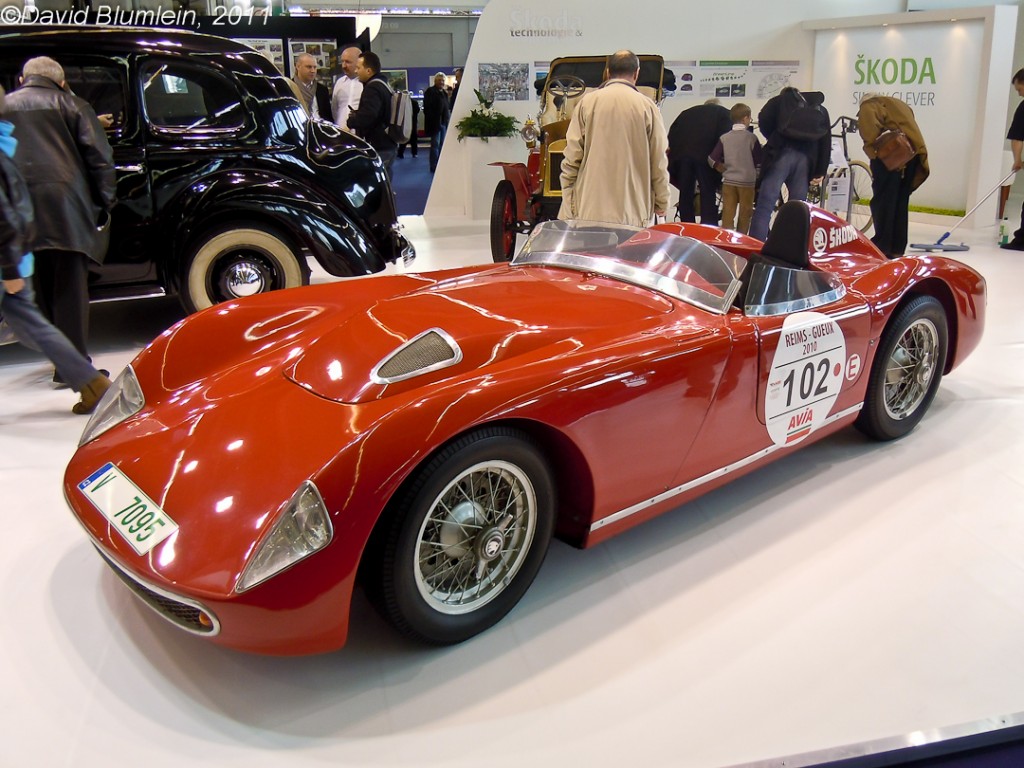 Since the founding of the Czechoslovakian state relatively little detailed information about that nation’s  interesting motor industry had found its way into Western Europe until some twenty years or so ago, and so it is not surprising that visitors to classic shows should be somewhat taken aback to see a genuine Skoda sportsracer. 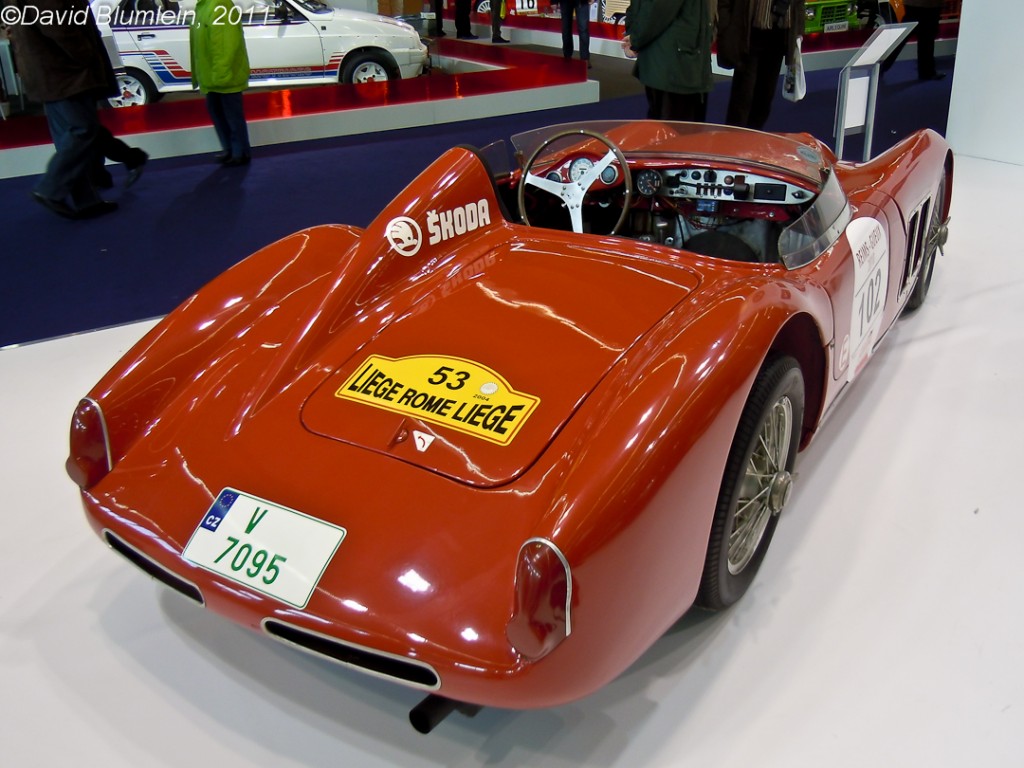 This splendid 1100 OHC is one of just two constructed in 1958. Based on a tubular frame, they were powered by a twin overhead camshaft version of the 1089c.c. 4- cylinder engine from the Skoda 440 saloon, giving 92 b.h.p. There were two plugs per cylinder and twin choke Jikov carburettors. A five-speed gearbox was mounted off-set at the rear and suspension was by torsion bars, longitudinal with wishbones at the front and angled with swing axles at the rear, where the brakes were inboard. These cars were designed by Ing F. Sajdl and two additional coupé versions (1100 OHC Sport) were built in 1960. 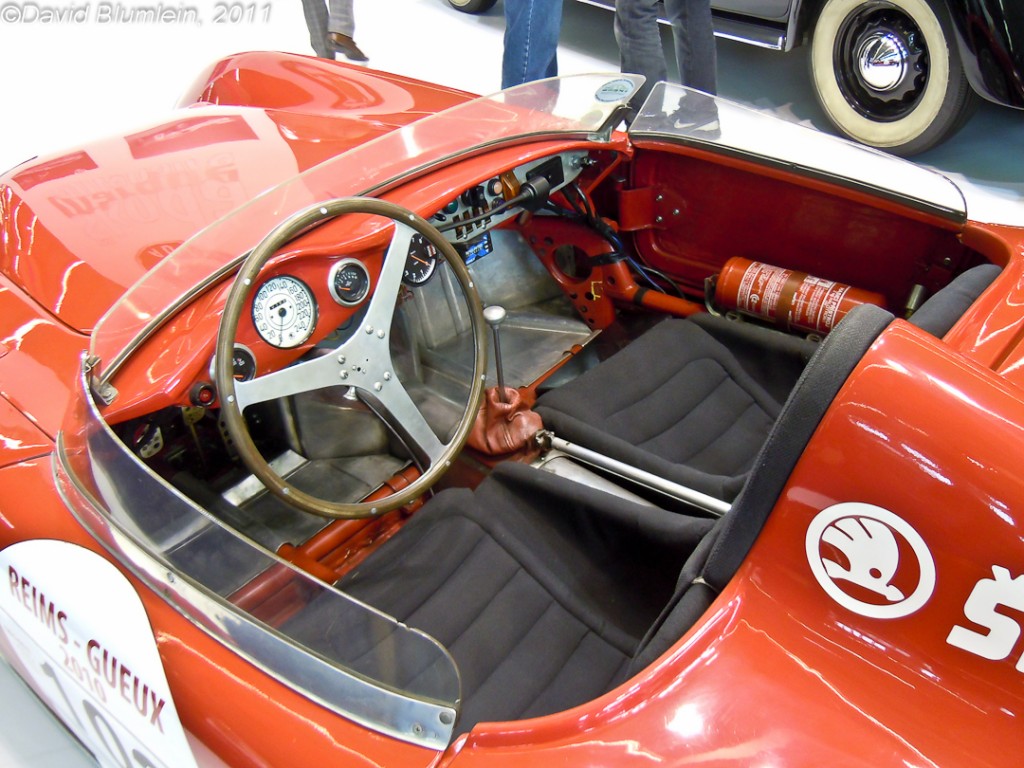 Among successes in national events were three wins in 1958, two more victories in 1960 and also in 1961 and in 1962. The cars made only two official appearances outside of their homeland, in Budapest in 1958 where a 3rd and a 5th were scored in the 1500c.c. race and in Leningrad, where the cars came home first and second.