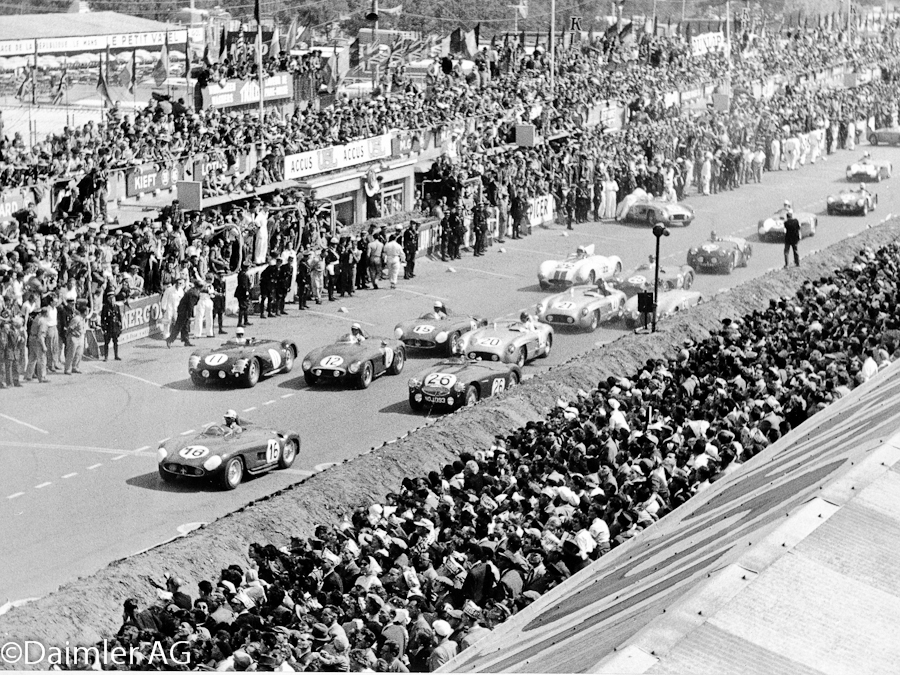 16.00 on June 11 1955 and the start of the Le Mans 24 Hours. The leaders, Castellotti and Maglioli in their Ferraris and the Jaguars of Hawthorn and Beauman are already streaking away up towards the Dunlop Bridge. The Mercedes Benz trio, strangely mired in the mid-field battle, struggle to get up to speed. Fangio has not yet got into motion, jumping into his car after the traditional Le Mans Start he managed to get the gear lever stuck up his trouser leg. He got away last.

Two and half hours later after some intense competition between the Jaguar and Mercedes factory teams, disaster struck as Pierre Levegh’s 300SLR collided with the Austin-Healey of Lance Macklin. The car was pitched onto the safety bank and then flew into the crowded terraces. Levegh and 83 spectators were killed and many more were injured, it was the worst accident in motorsport’s history.

The photo, taken from the excellent Mercedes Benz press site, shows just how narrow the track was at that point and how exposed both the spectators and the pits were.