David Blumlein is on a roll. Following on from Essen, he travelled south to Le Castellet for the opening round of the 2011 Le Mans Series. His observations can be found below.

The Circuit du Castellet, set on a high plateau between Marseille and Toulon, overlooked by the mountainous hills of Sainte-Baume, has not a long tradition of long distance sports car racing. One recalls the Matra V-12s at the height of their fame coming here in 1973 but the circuit is chiefly remembered for its staging of the prestigious Grand Prix de France in former years. Having since fulfilled the rôle of a test track, it is now back to hosting international races and was chosen as the venue for the opening round of the Le Mans Series in 2010 when the race was of eight hours’ duration. Happily it was the opener again this year but the race was reduced to six hours. 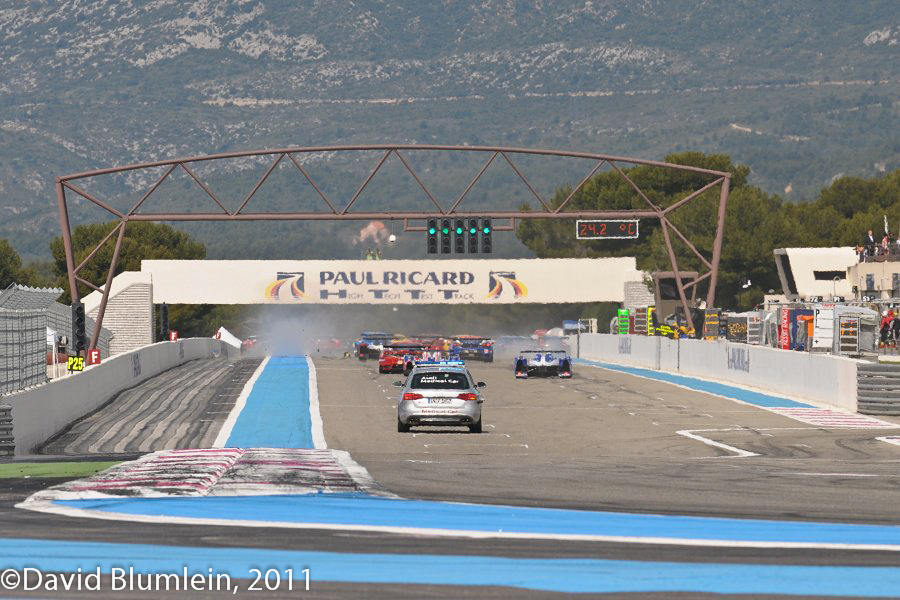 Unhappily this event will be chiefly remembered for the inexcusable confusion at the start, which severely damaged four GTE Pro Porsches and the Jota Aston Martin – only the latter car and one of the German cars were able to resume albeit way down the field. It seems that the Pace Car decided to do a second starting lap and the GT runners at the back could not see this and, finding that the lights on the starting gantry were set at green, began racing in earnest. 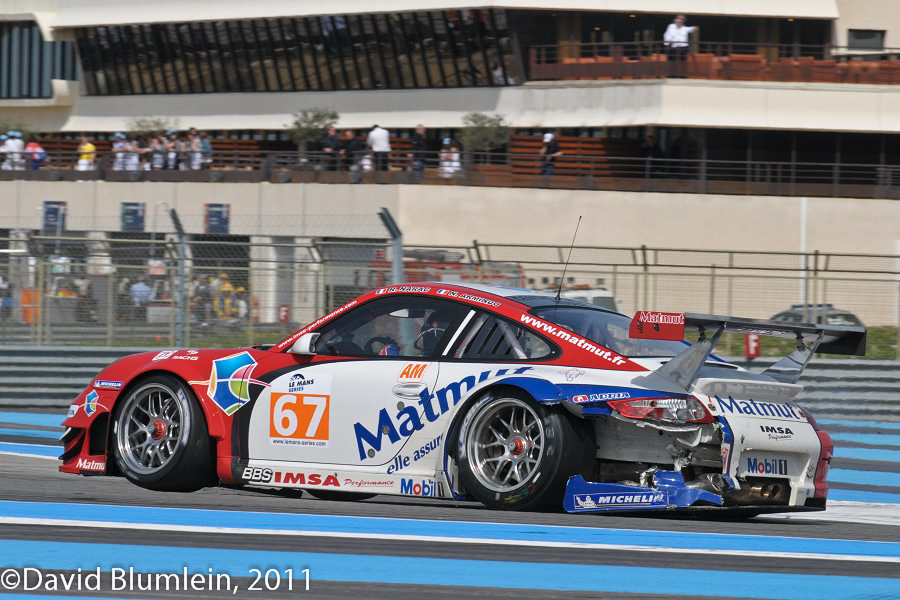 All this pandemonium spoilt the real Porsche versus Ferrari battle that is a regular feature of the GT field. 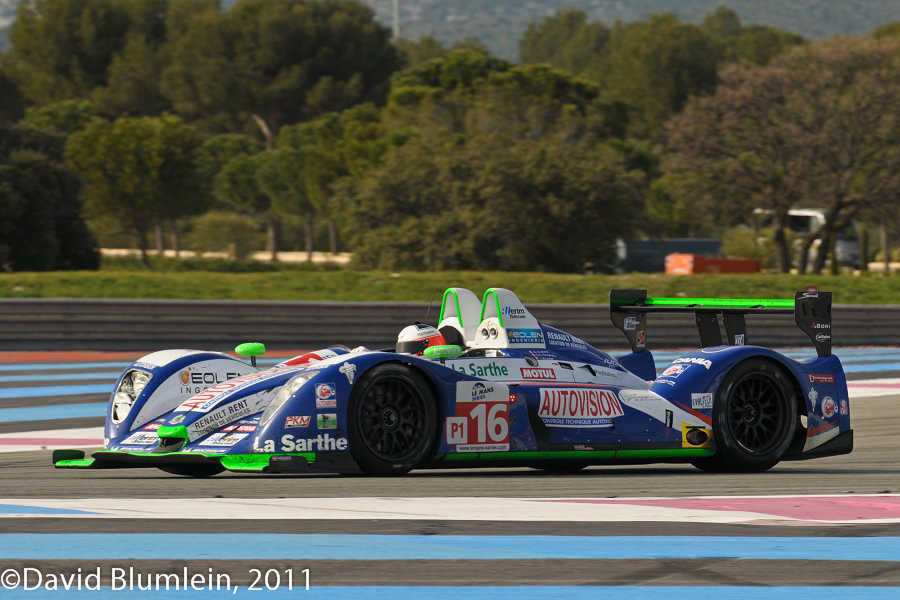 One of the endearing qualities of long distance sports car racing is the opportunity it provides for a good car to carry on winning even after several years of involvement in competition. Look at the Alfa Romeo 8C 2300 in the Thirties and the Aston Martin DB3S, which still made it to a fine second place at Le Mans in 1958 after five seasons of successes. So it is with the Pescarolo which unusually came back from a year’s absence during which the team’s very existence was in doubt! From the back of the grid at the start (to where it was relegated owing to a small technical infringement in practice) to the front at the end was a dream result for Henri Pescarolo and his loyal team, but it seems relevant to ask what future developments  can they look forward to? 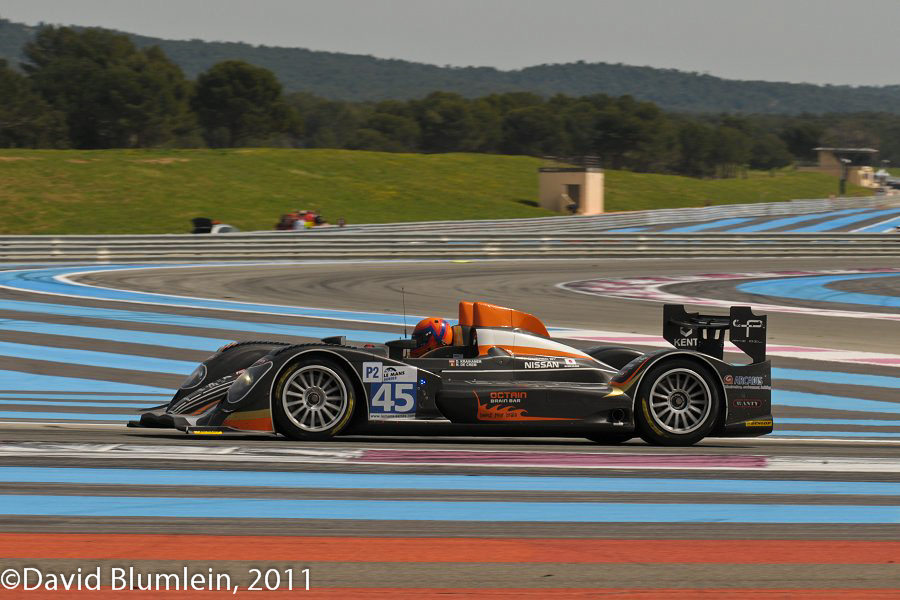 The LM P2 class was rich in variety. Among the nine entries were six different chassis and three types of engines. We had two different Lola chassis, one the ex-RML MG Lola, the Greaves Motorsport Zytek Z11SN, two HPD ARX-01d cars, three of the new Oreca-03 chassis built nearby to the circuit and the Norma M200P which made its début at Le Mans in 2010.The HPDs are an interesting mixture: they use a Courage-based tub on to which is grafted the work of Nick Wirth and they are powered by the Honda developed 2.8-litre twin-turbo V6. 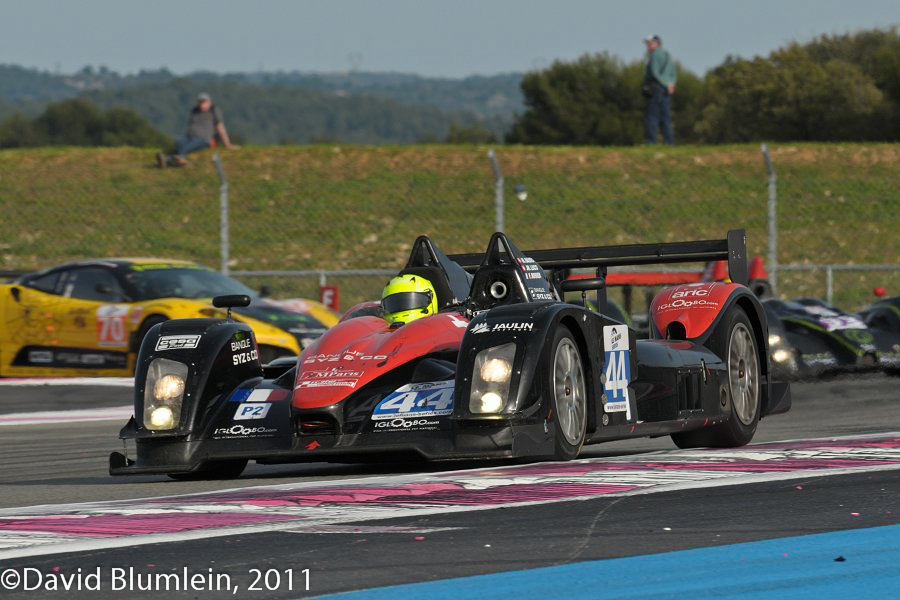 The RML team could not have been happy to see their former MG-Lola finishing two places ahead of their newer car – older cars doing well in long distance events again! The new Nissan 4.5-litre V8 was used in two of the Oreca-03 chassis and in the Greaves Zytek; the rest of the class had the Judd HK, a 3.6-litre V8. 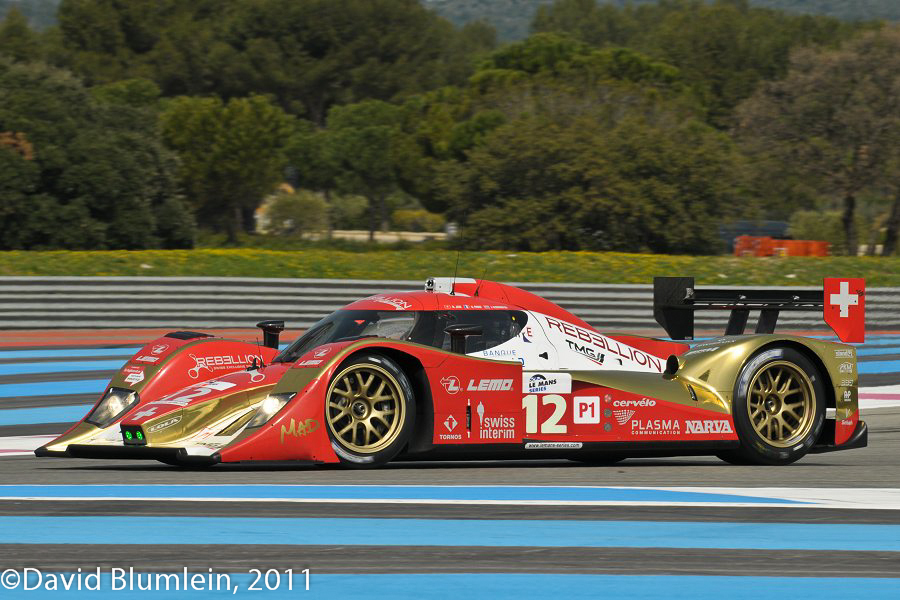 The Rebellion Lolas marked the return of Toyota to international sports car racing, the Japanese motor giant having developed a 3.4-litre V8 derived from a Formula Nippon block. 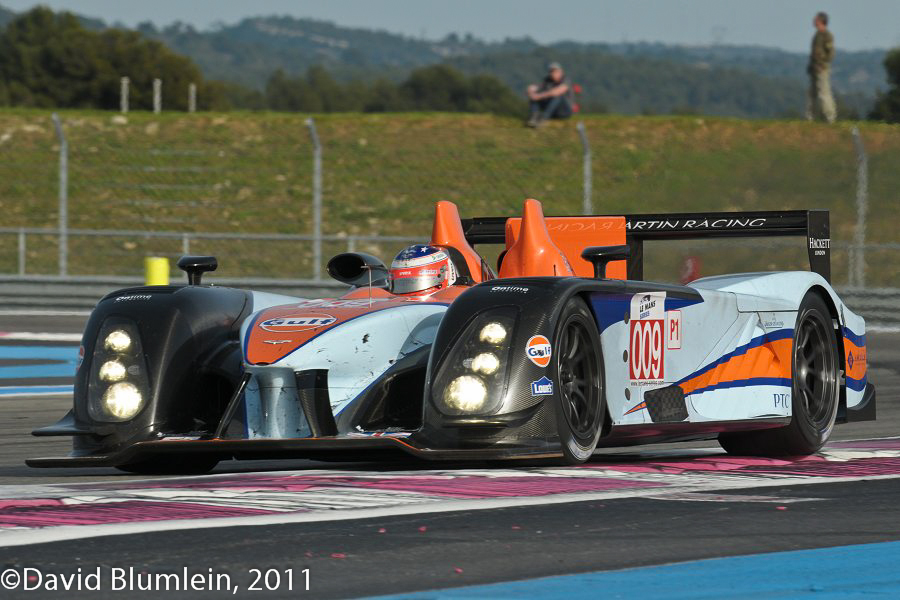 Having opted to give Sebring a miss, Aston Martin gave its new LM P1 challenger, the AMR-One, its race début at Le Castellet. The car is still too new and the team was in reality treating the race as a test session. It arrived at Paul Ricard having recently tested at Pembrey and Dijon and its unready state was emphasised by its only doing one solitary lap in Friday practice. The car differs from its rivals at Audi and Peugeot by having an open cockpit and, most interestingly, a 2-litre straight-six turbo motor; such a configuration has not been seen in the LMP class for many a year. The car started the race but later spent a long time in the pits, apparently with a misfire. Aston Martin has been very tight-lipped over the details of its newcomer but it is clear that the engine has been causing problems. The car came out again during the last half hour of the race, almost unnoticed. 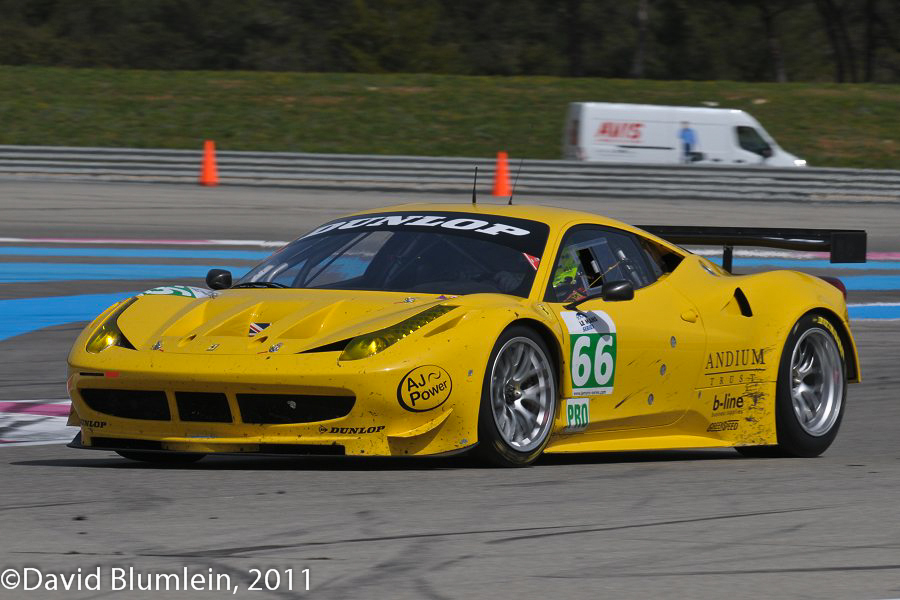 With the Porsche ranks depleted in GTE Pro, the new Ferrari 458 Italias  helped themselves to the class win but one notices that Zuffenhausen put it over Maranello in the GT Am category with the remaining Felbermayr car. 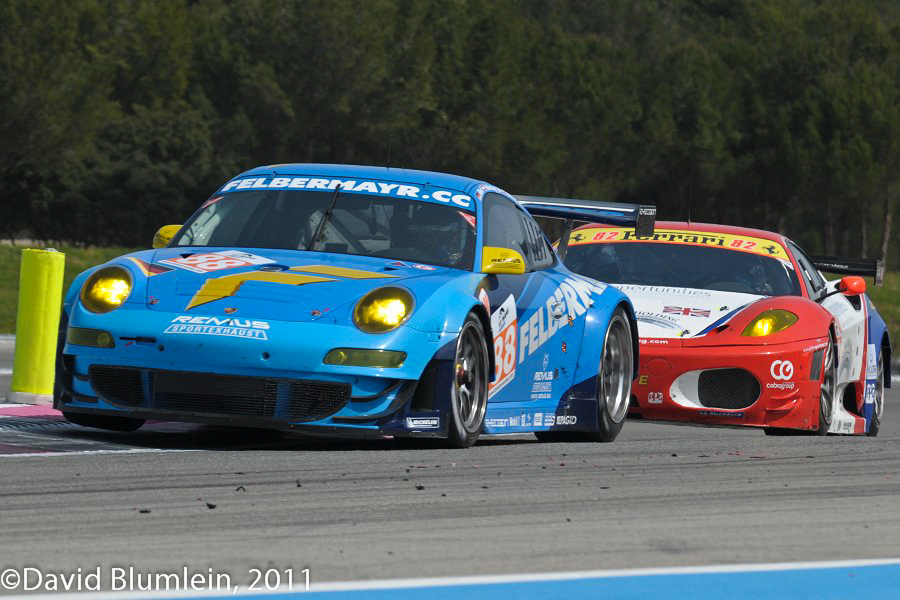 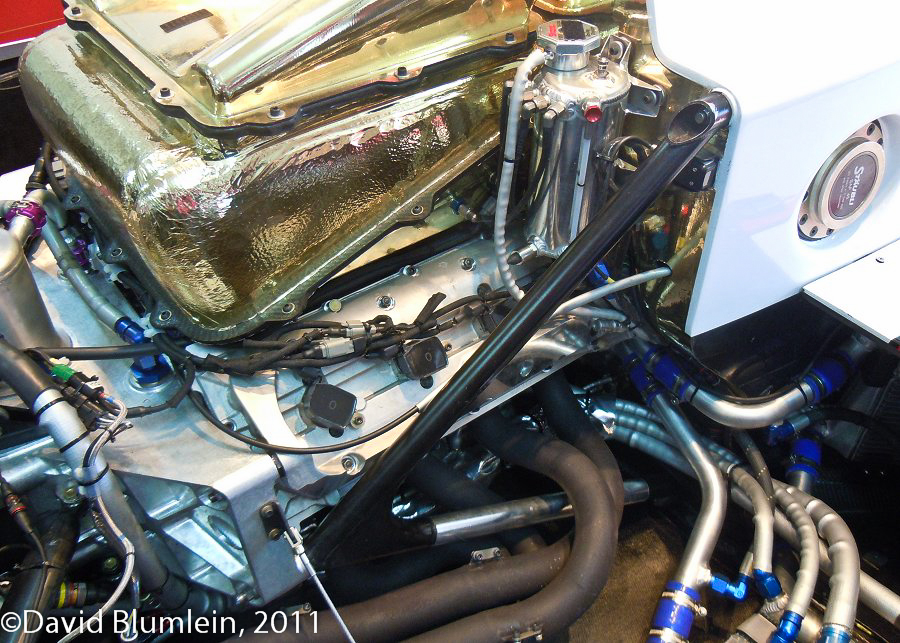 How pleasing to see Nissan win the LMP2 class with their new engine especially in view of the awful troubles back in the homeland. This success was by courtesy of the Greaves Zytek, the combination staking claim to the third spot on the overall  podium as well. 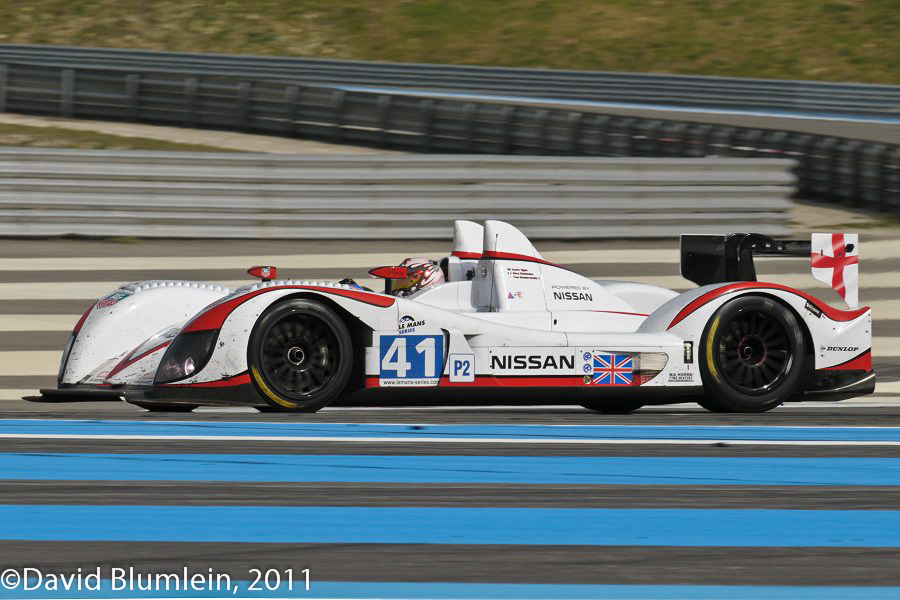