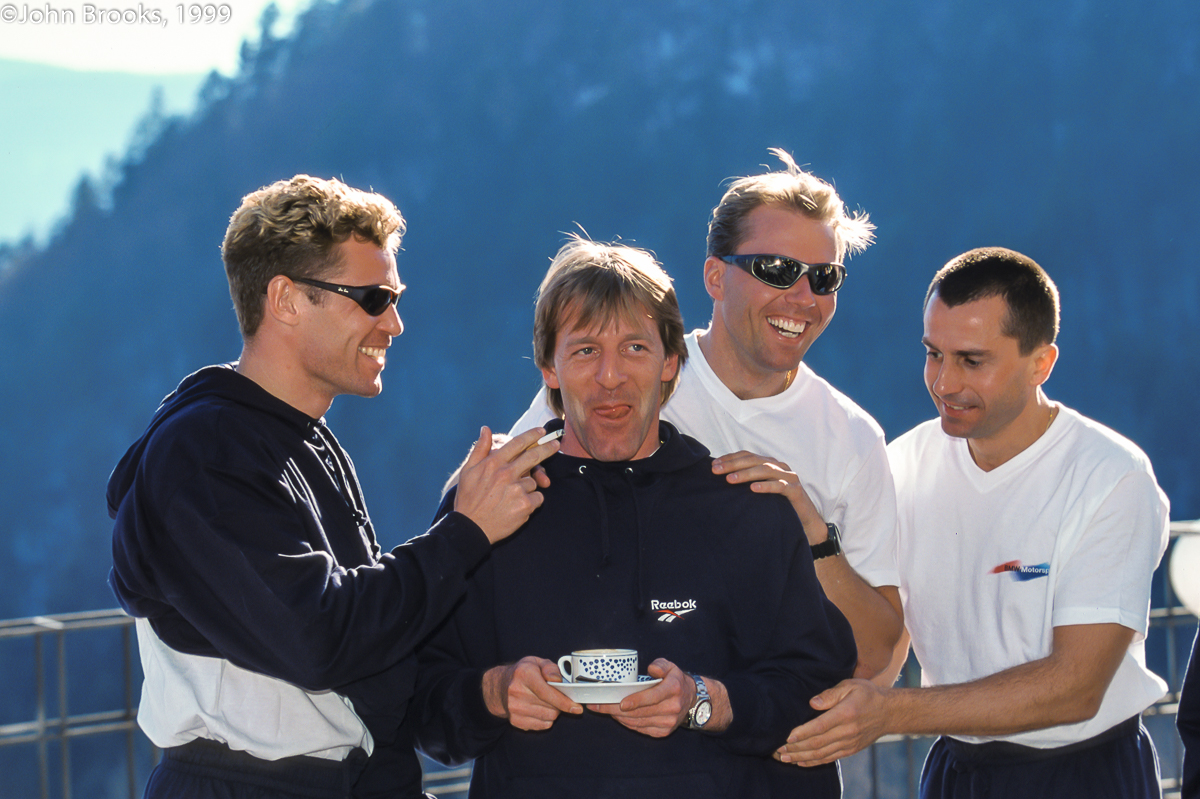 Is Smokin’ Jo on the hot chocolate? This impressive group of winners were attending the 1999 BMW Driver’s Training Camp in the Dolomites. Between them they have racked up sixteen victories at Le Mans, including 1999, so the training must have worked then, even if Jo is still on the gaspers. Some things never change.

2 thoughts on “Everyone’s a Winner, Baby”