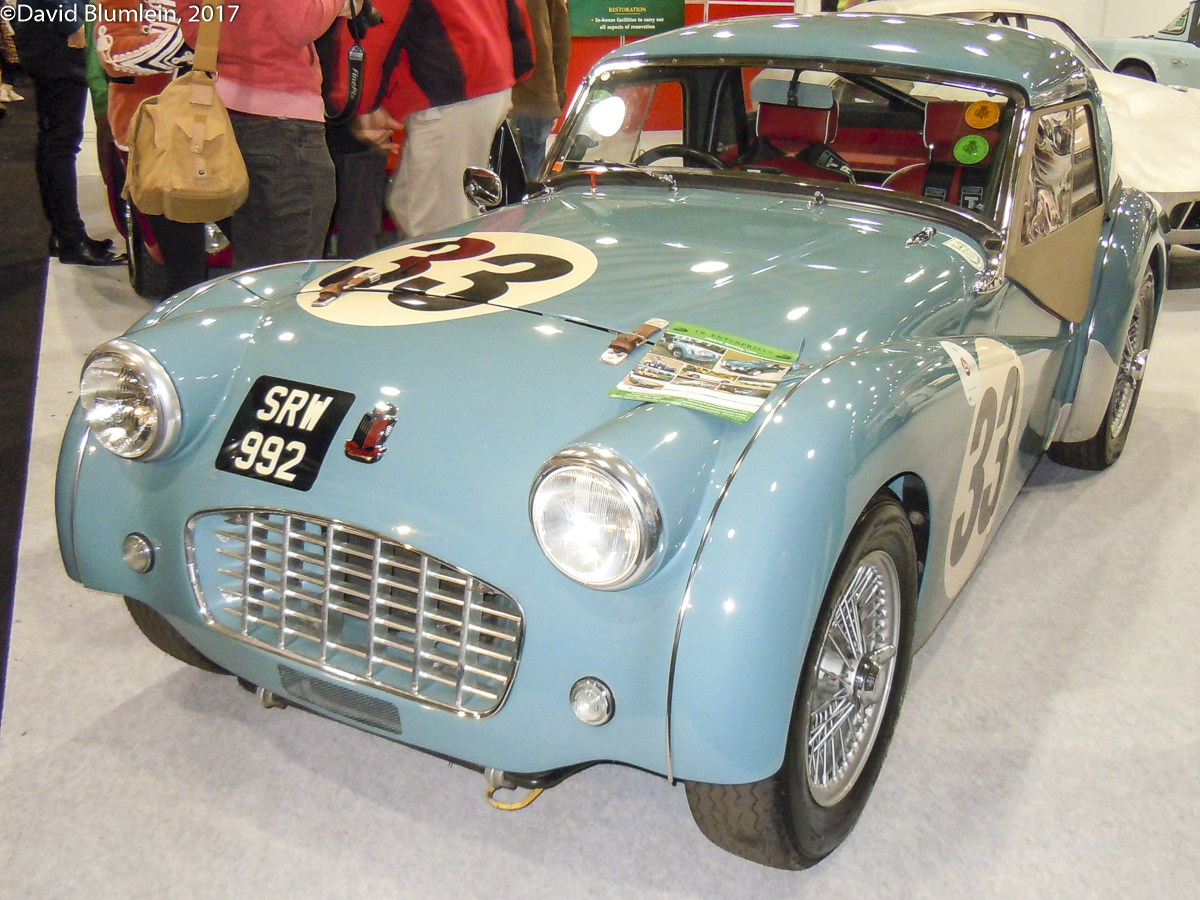 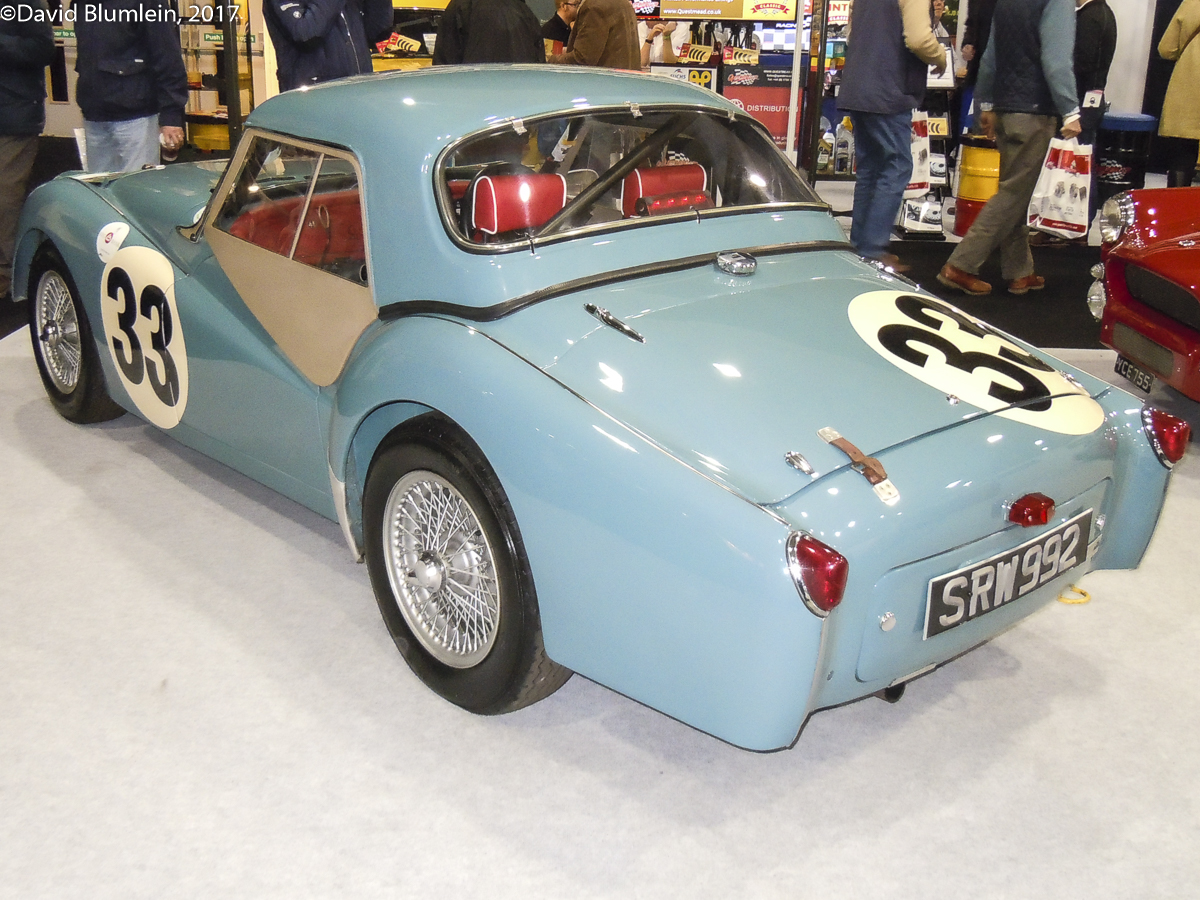 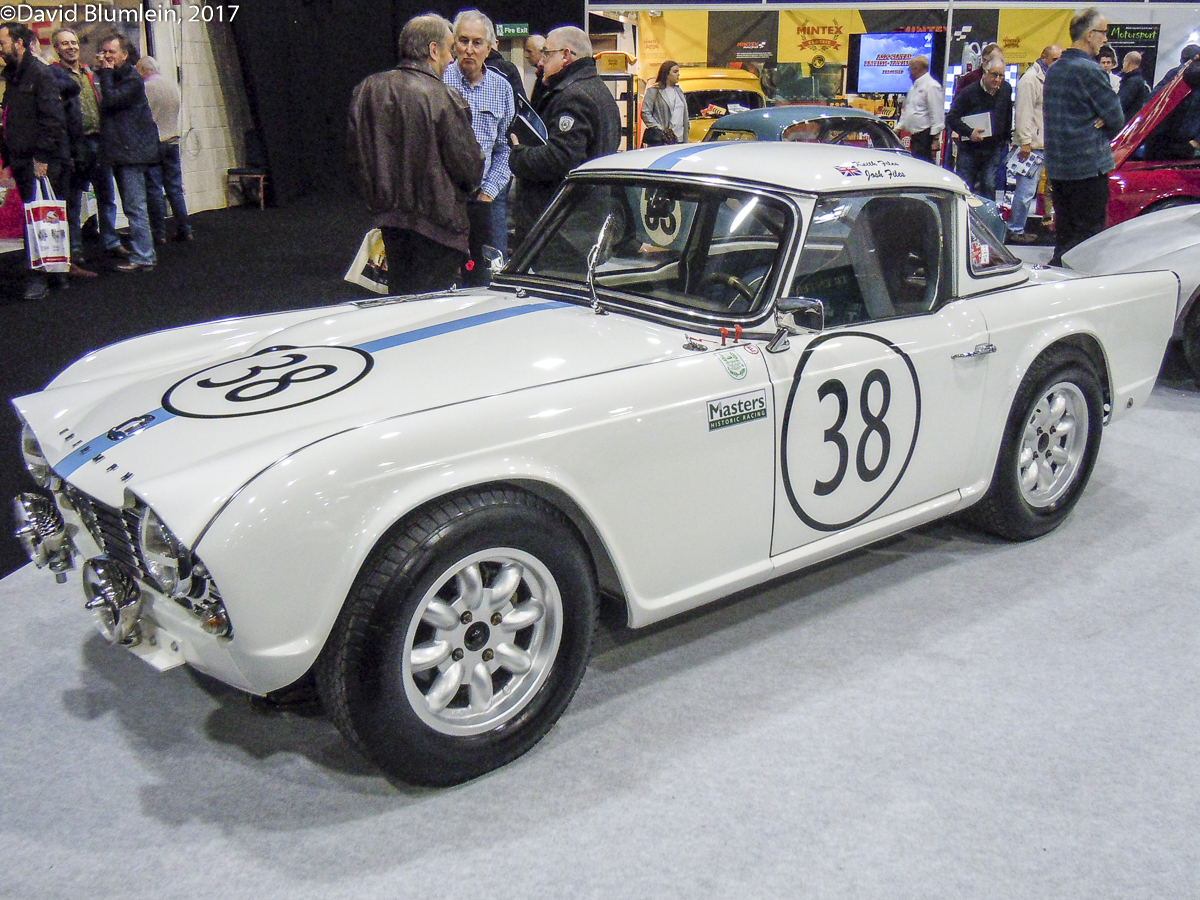 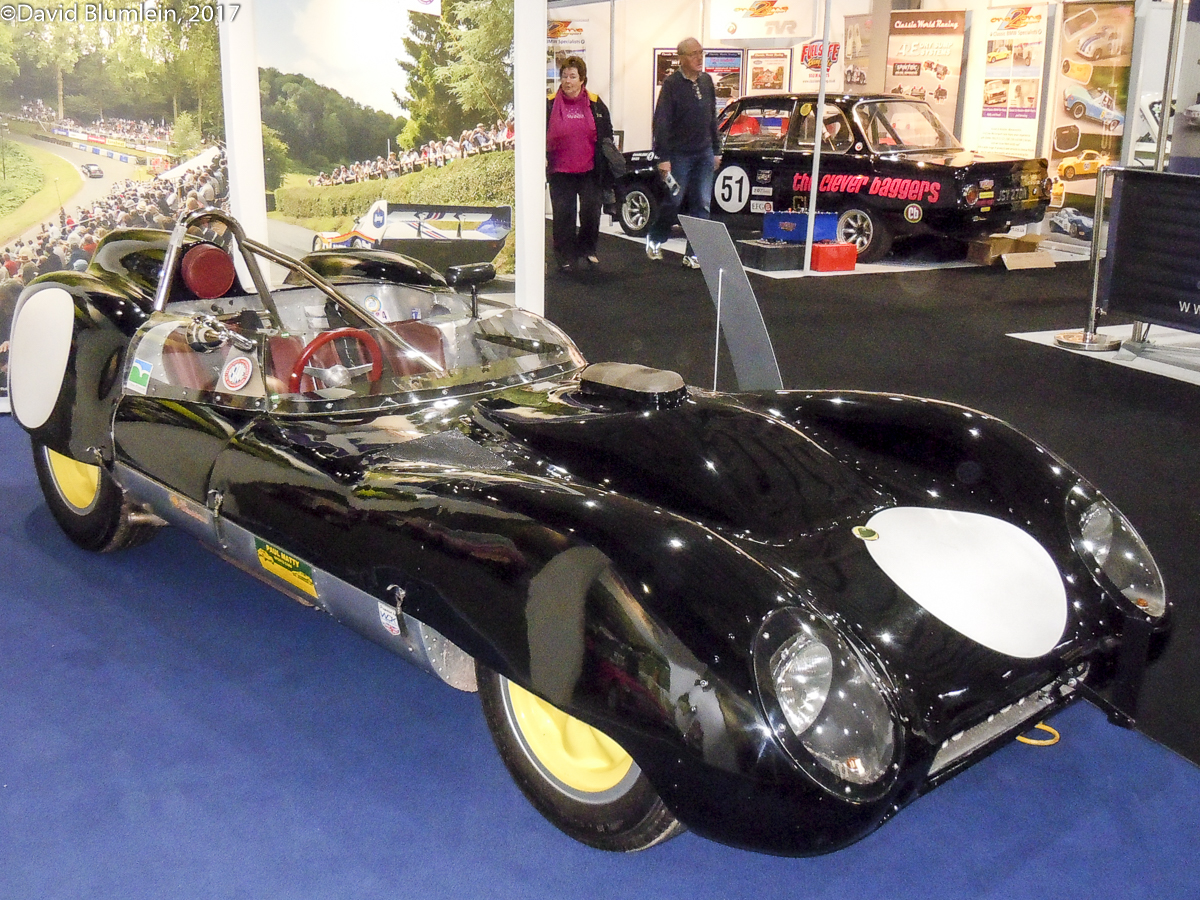 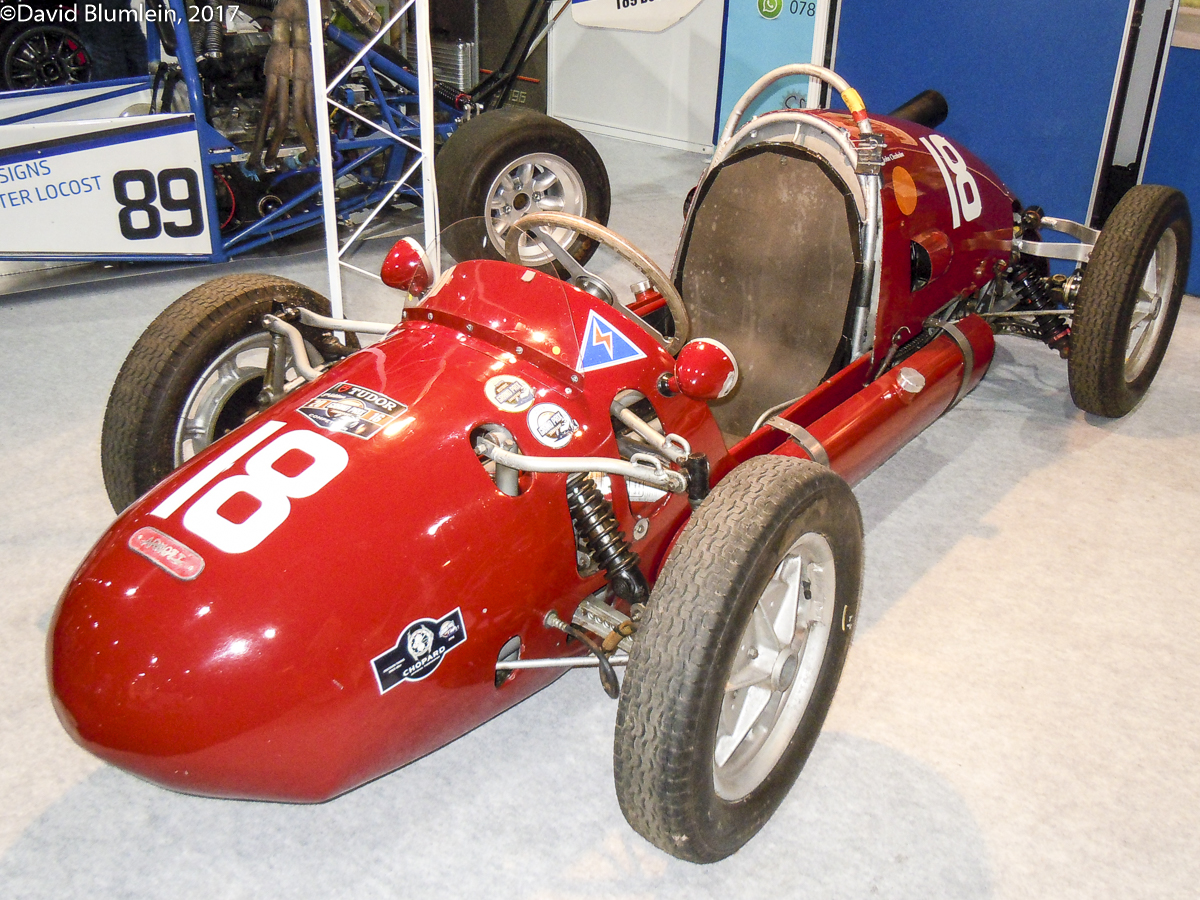 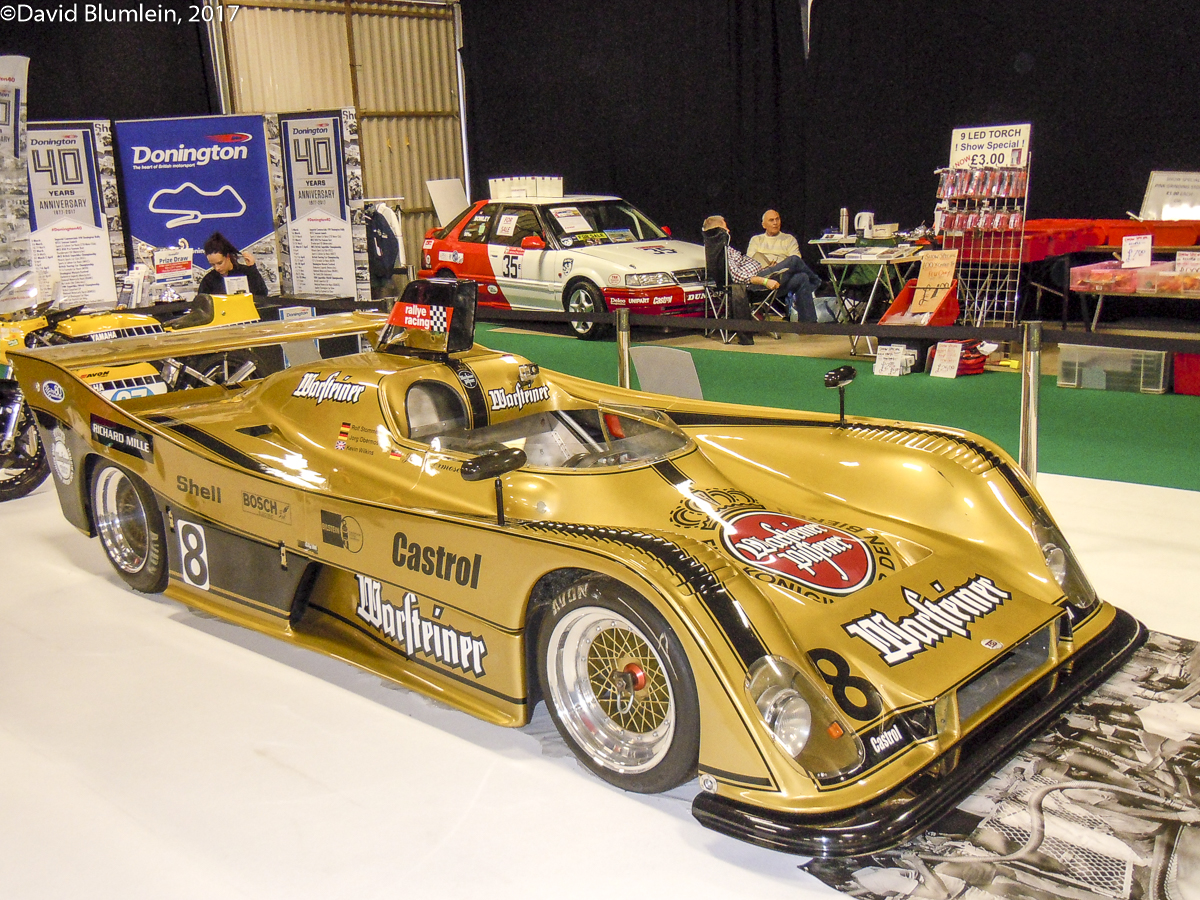 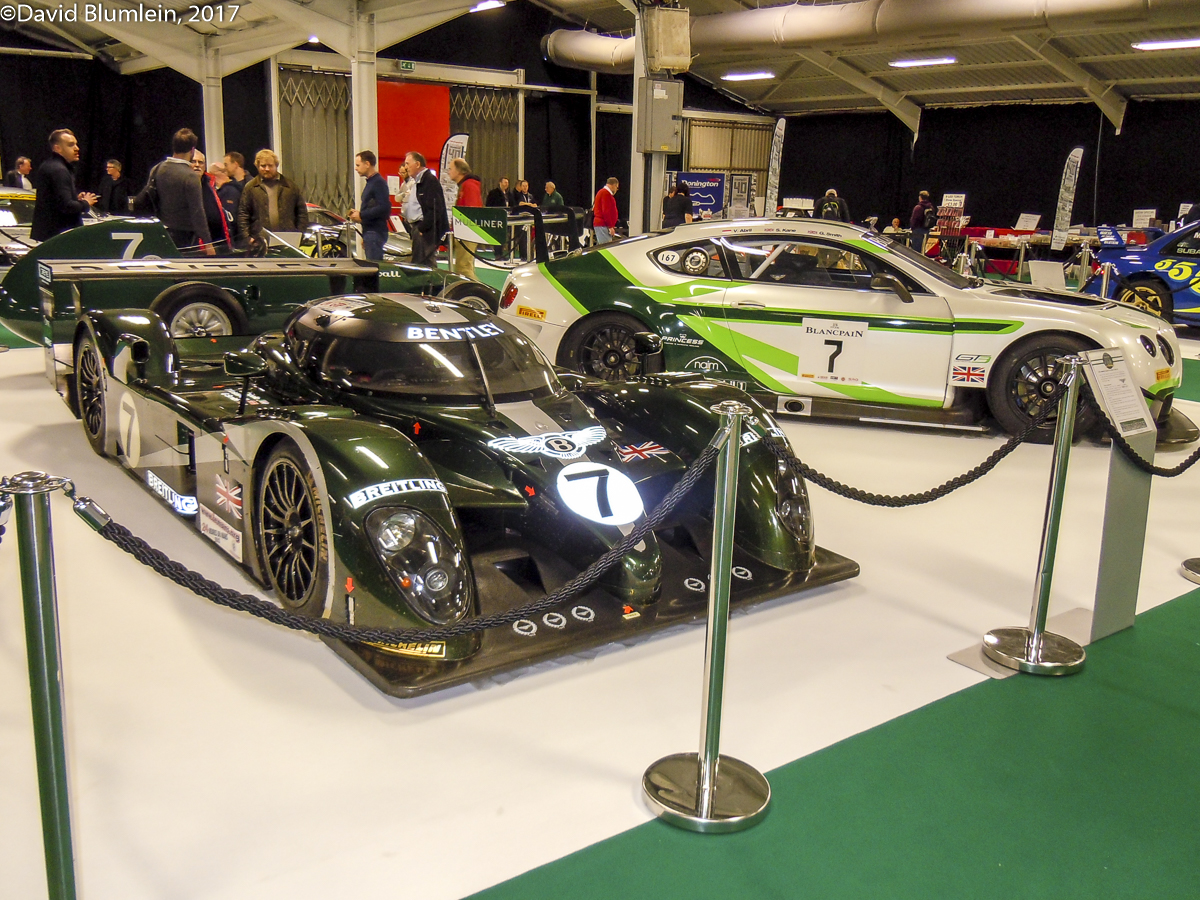 Another month, another show, this time the Race Retro held at Stoneleigh Park. My good friend David Blumlein made a few laps of the halls and, as usual, spotted a few gems hidden in the shadows. He has kindly agreed to share them with us.

This is the third chassis of only three built. Designed by Trevor Fiore (Trevor Frost), the body was constructed by Carrozzeria Fissore in Turin. Power came from a mid-mounted BMW 2-litre, 4 cylinder engine. 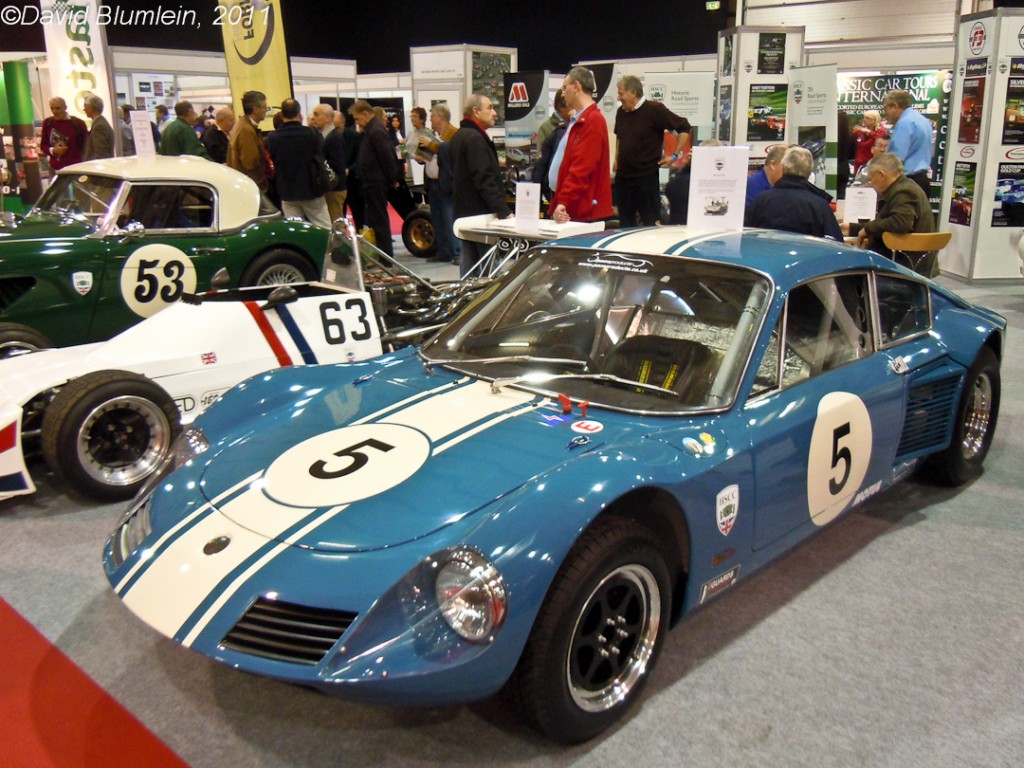 Richard Wrottesley used chassis no. 1 to run at Le Mans in 1965, having clocked 17th fastest in the April Test day.The car retired from the race with transmission problems after only 29 laps. It had also taken part that year’s Nürburgring 1000 km. event but again the transmission failed only completing 4 laps. 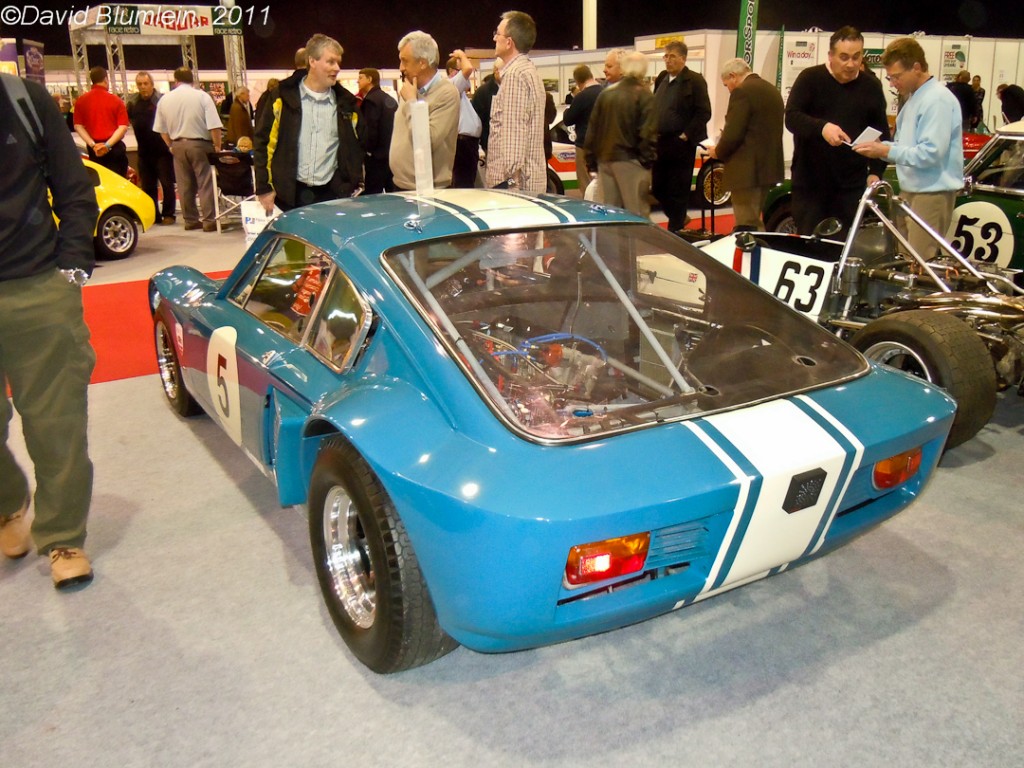 The car on display at Race Retro had been an exhibit at the 1964 Turin Motor Show. 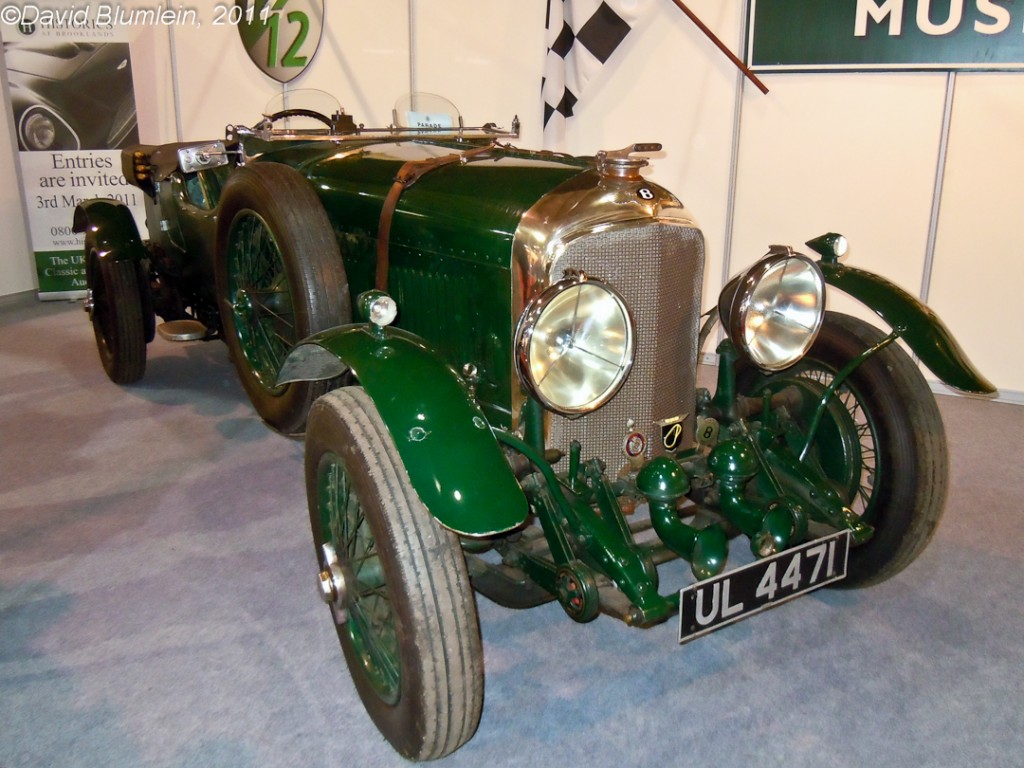 This is the car that normally lives in the Campbell Shed at Brooklands. It took part in the 1929 Double Twelve race at Brooklands in May, driven by its owner N. Holder and Sir Tim Birkin. Having fifnished 4th at the end of the first day, the Bentley retired after 18 hours of racing with back axle failure. The engine broke in the June Six Hour Race at Brooklands and the car non-started at the Irish Grand Prix. 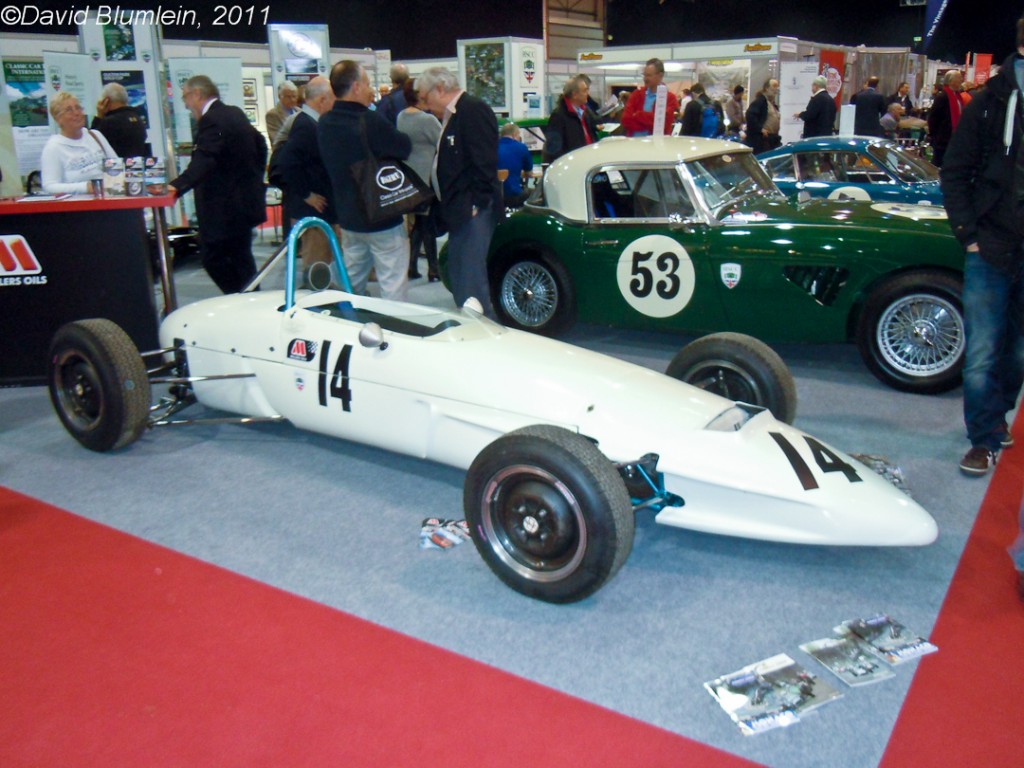 This car was created by Graham Warner’s Chequered Flag organisation based in Chiswick. It was the most advanced design of any Formula Junior car, featuring inboard brakes, front and rear, and side-mounted radiators. 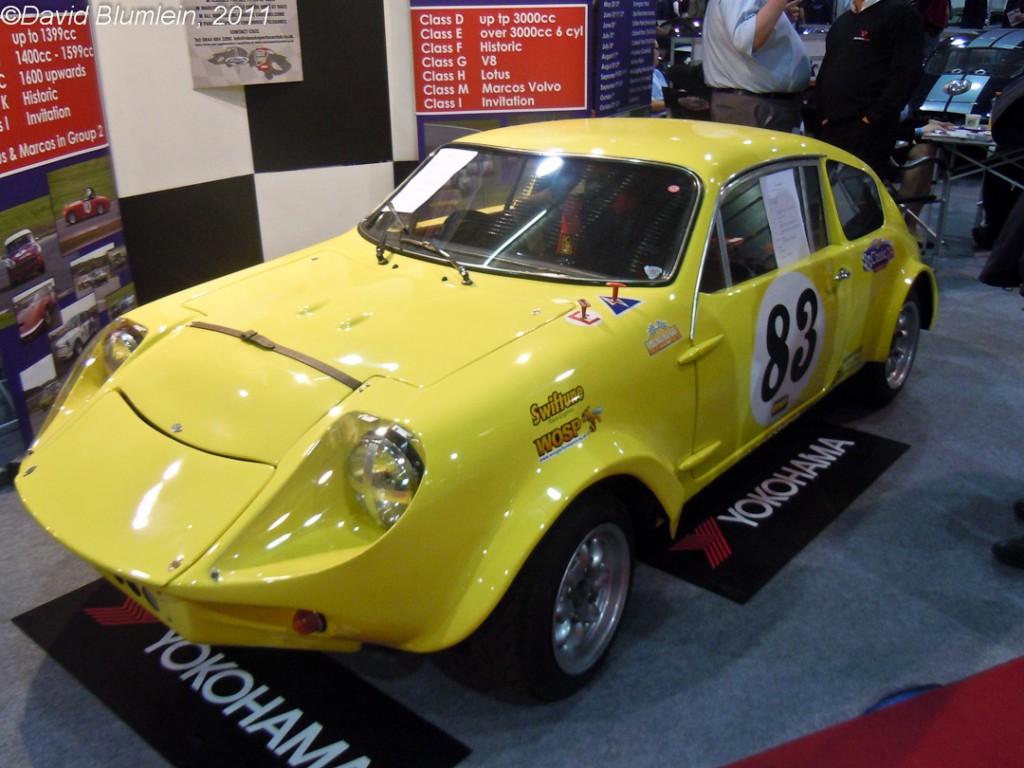 This car ran in the 1976 Targa Florio (race number 176), driven by Jan-Eric Andreasson and Johnny Lundberger; it retired on the first lap after an accident. 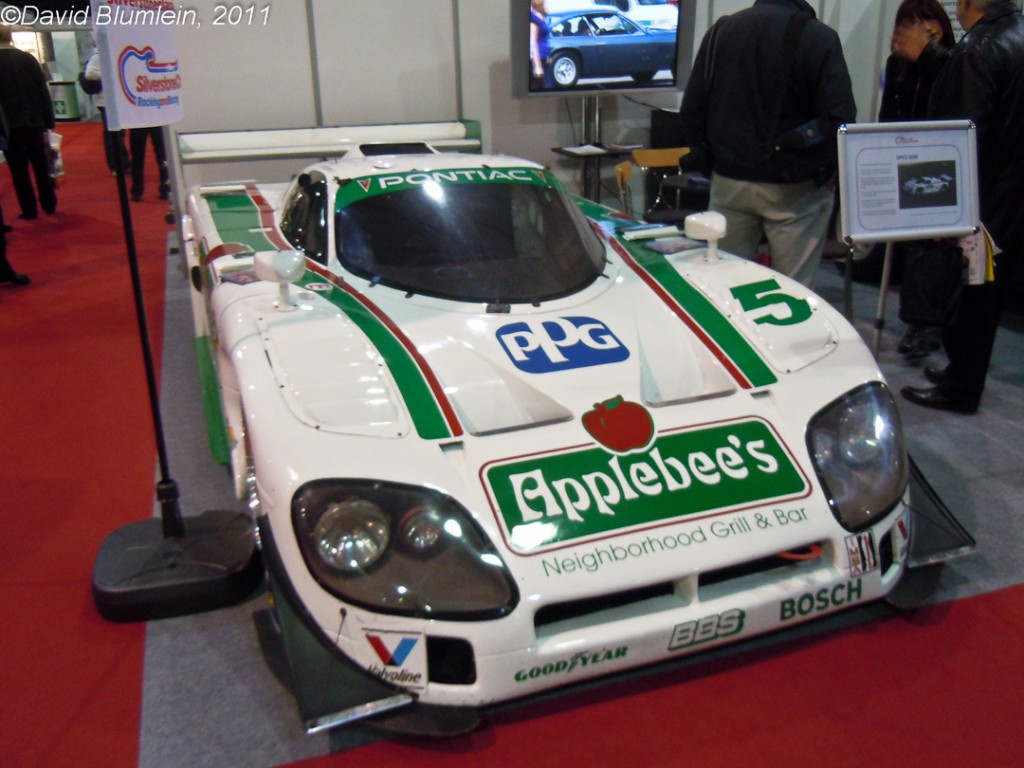 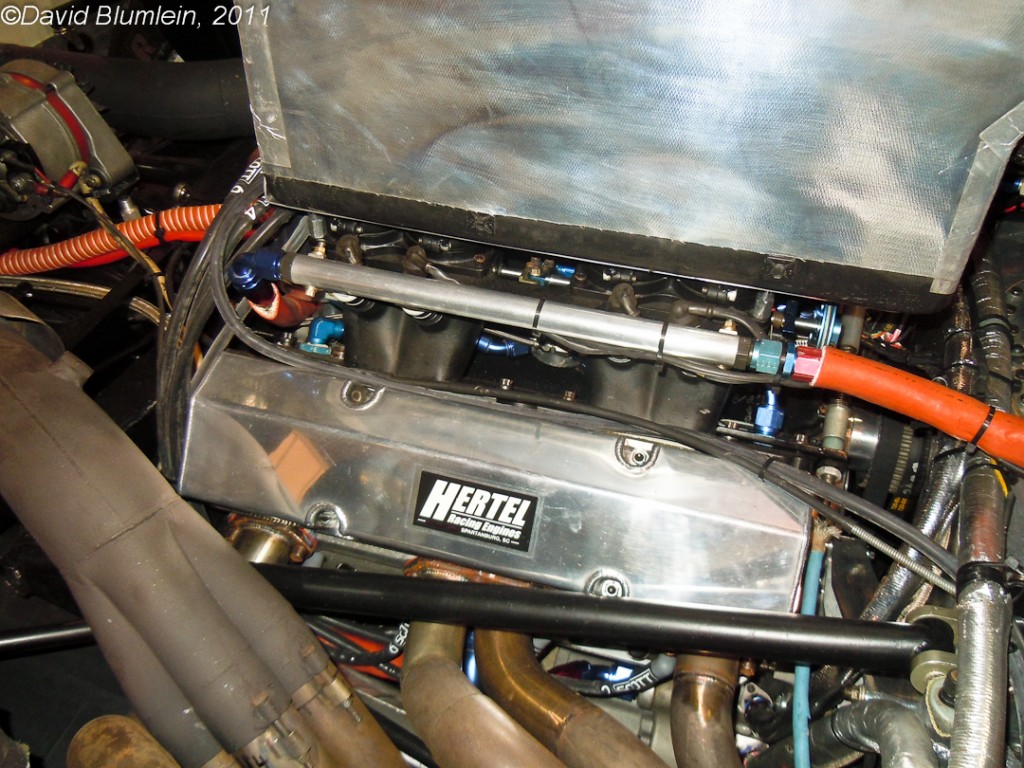 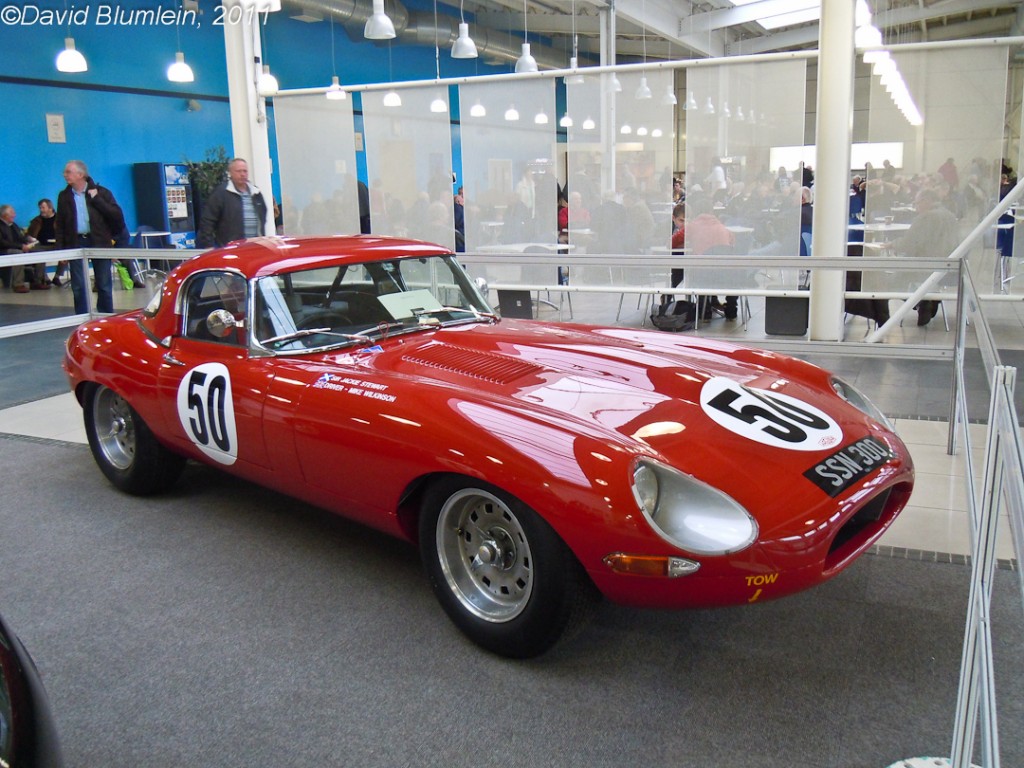 Originally delivered as a demonstrator to Dumbuck garage, the Jaguar dealership run by the Stewart family. Jackie’s impressive performance with it at Charterhall in 1962 prompted David Murray to invite him to drive for Ecurie Ecosse. Subsequently the car was sold to Eric Liddell (father of the current racer Robin) who had many wins with it, including two at the very last Charterhall meeting in 1964. 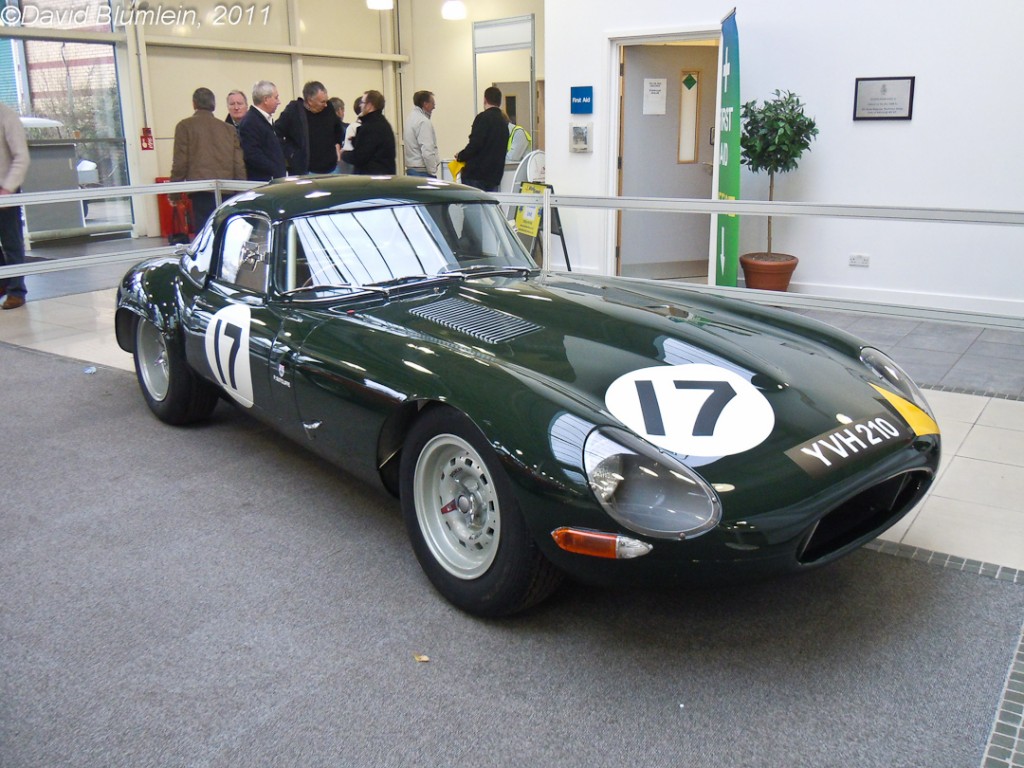 This is the 9th of the 12 Lightweight E-Types made and was used by Peter Sucliffe during 1963-65. Wins were scored at Mallory park, Zolder and Montlhéry. 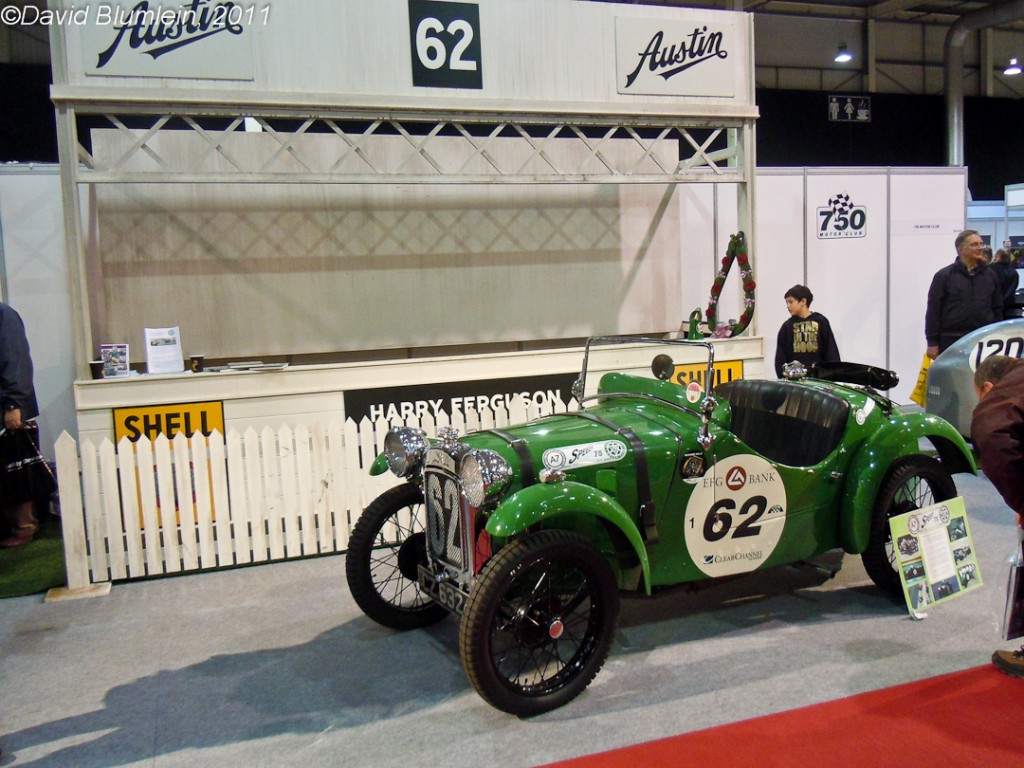 This beautifully restored car was one of four Austin Sevens that ran in the Le Mans 24 Hours in 1935. It was privately entered by John Carr who shared the wheel with John Barbour; the other three cars were “works” entries. Only two of the Austin Sevens finished and this car proudly came home in 27th position, ahead of the sole surviving factory machine. It was the highest placed 750cc. car that year.

It was depicted in a pit setting reminding viewers that the little team was supported by Harry Ferguson’s Belfast Austin agency.

Images and words, copyright and courtesy of David Blumlein.