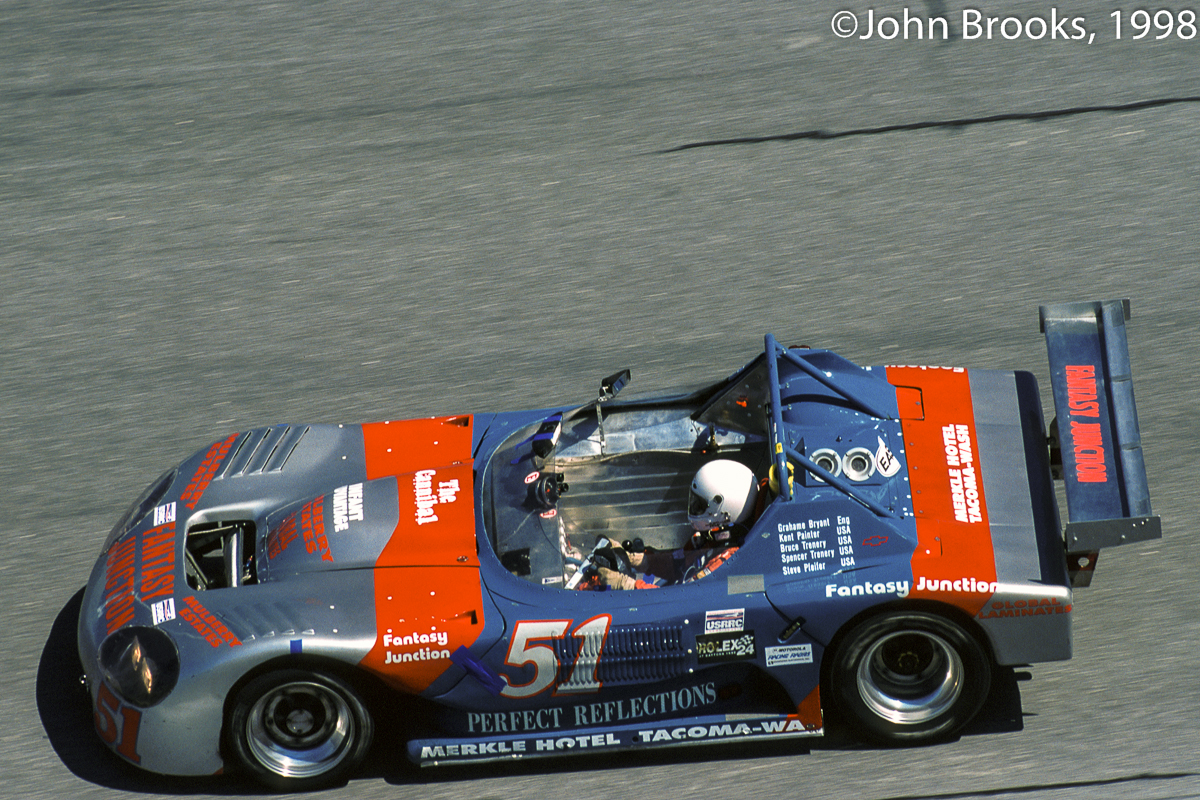 The first trip to the Rolex was back in ’98. I was invited by the charming Laurence Pearce of Lister Cars fame. Back then the WSC rules allowed for some pretty strange contraptions, certainly The Cannibal was right right up there in the Wacky Racers stakes. 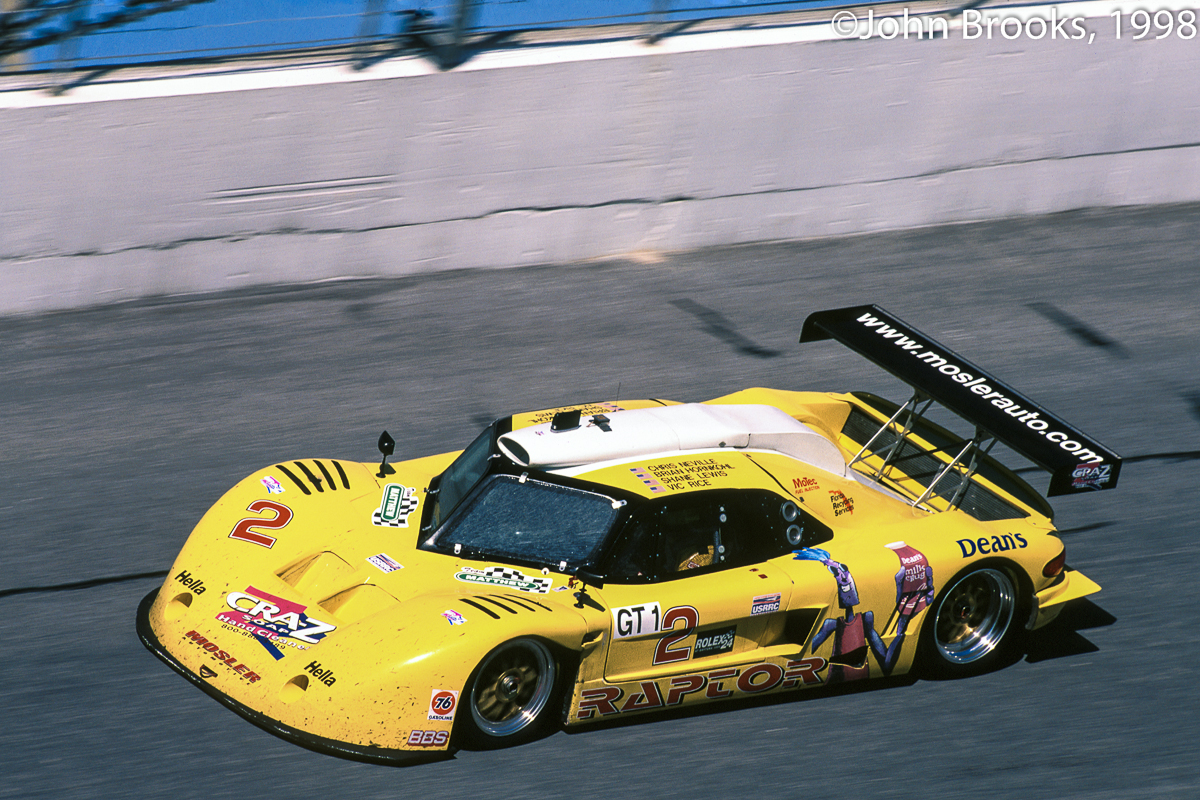 Then there was this Sci-Fi effort from Mosler, the Raptor…………they missed Captain Nemo’s name off the roof.

Rather than plagiarise anyone else’s work I suggest that if you want to know more about these unusual racers you could do worse than read this excellent piece on the Daytona International Speedway website;

I somehow doubt that we witness anything quite like this pair on the banking in the next week, but you never know…………