The Special Correspondent has been out and about again, this time to the historic venue of Brooklands. A celebration of Percy Lambert completing 103 miles in an hour, exactly a century ago, was the occasion. This prompted him to examine some of the rare and interesting cars that the members of the Sunbeam Talbot Darracq Register brought along for our pleasure. 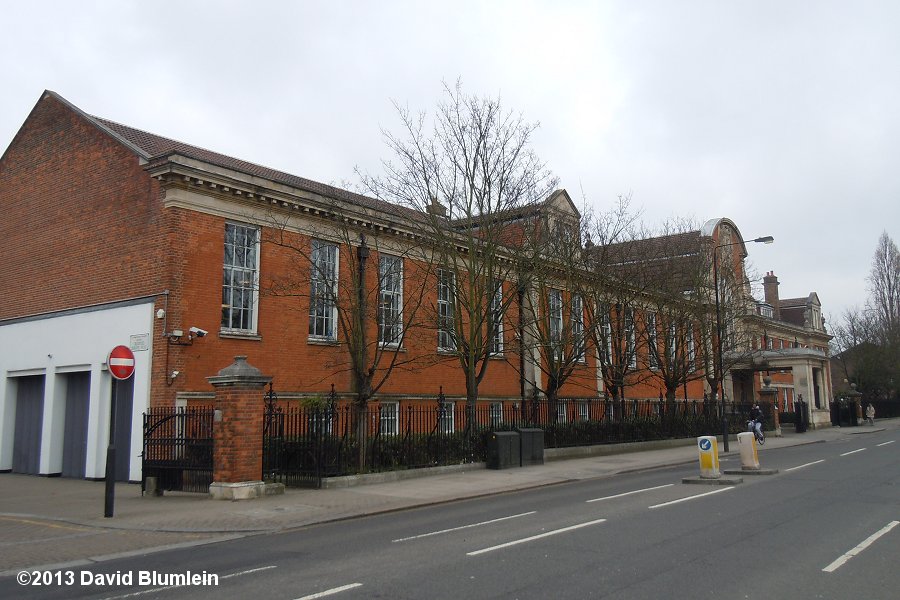 On Saturday 16 February 2013 a selection of pre-war Talbot cars gathered together at Brooklands to celebrate the achievement of Percy Lambert who, driving a special streamlined single-seater Talbot at the Surrey track exactly one hundred years ago, became the first man to drive 100 miles in one hour.
The car was based on the production 25/50 Tourer which had been re-worked by the highly-regarded G.W.A. Brown since he joined Talbot as chief engineer in 1911. He equipped the record car with bodywork similar to his design for the Austin “Pearley 3”, complete with cowled-in radiator. For the record attempt faired-in dumb irons and discs over the rear wheels were also used. The car had a 4.5-litre 4-cylinder L-head engine which gave 120 b.h.p. at 3,200 r.p.m., far removed from the 55 b.h.p. of the standard touring car. Weight was 22.5 cwt and the tyres, which stood up to the full distance, were Palmer Cords.
Lambert himself drove the car from Talbot’s Barlby Road factory in north Kensington via Kingston-upon-Thames and Cobham’s Fairmile straight to the Brooklands track for the attempt. 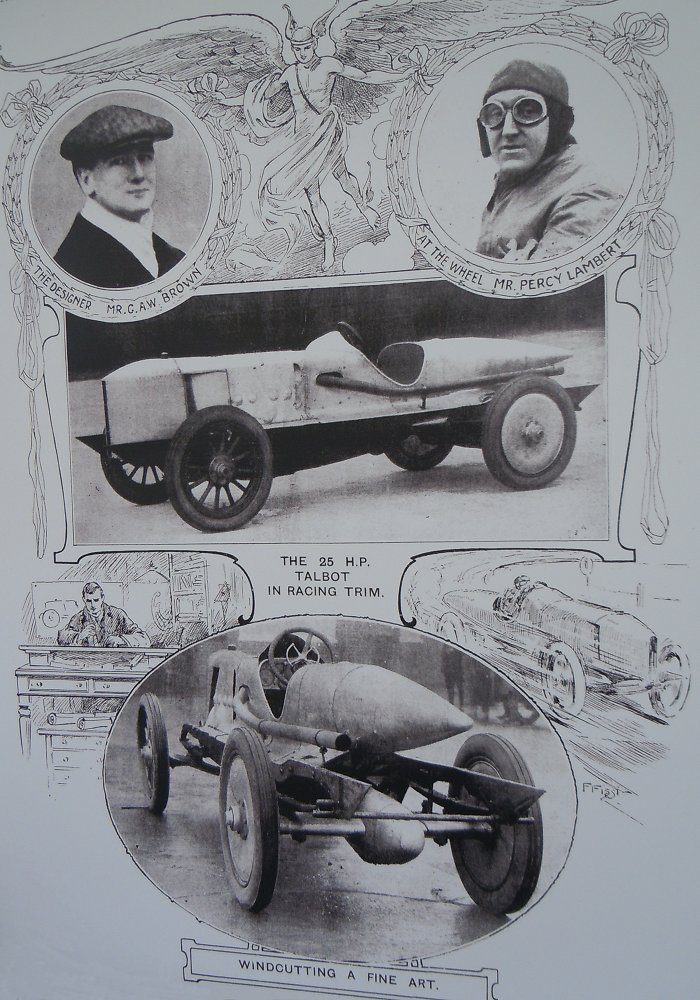 Not long after Lambert’s success Jules Goux broke the Talbot’s record of 103.84 m.p.h. in the hour driving a 7.5-litre Peugeot. Lambert wanted to have one more attempt to try and win back his record and returned to Brooklands in the October but his efforts this time ended in tragedy. On his 21st lap as he rounded the Members’ Banking a tyre seemed to let go (there was only one witness), the car careered out of control and crashed, killing poor Lambert. But nothing could change the fact that he had been the first to put 100 miles into the hour!
Below are some of the Talbots that turned up for the occasion: 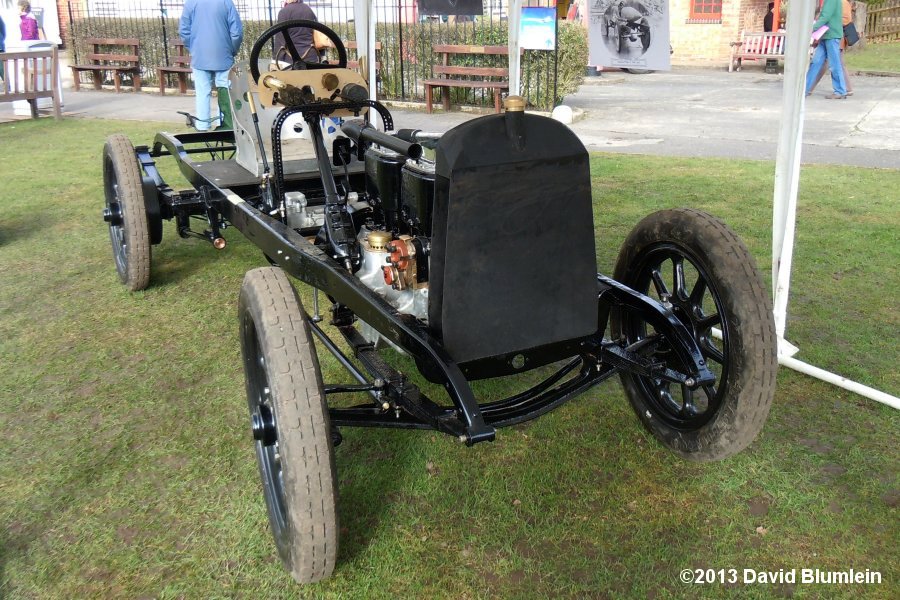 First, Ian Polson’s half-finished replica of the Lambert car – the original was destroyed in the crash. 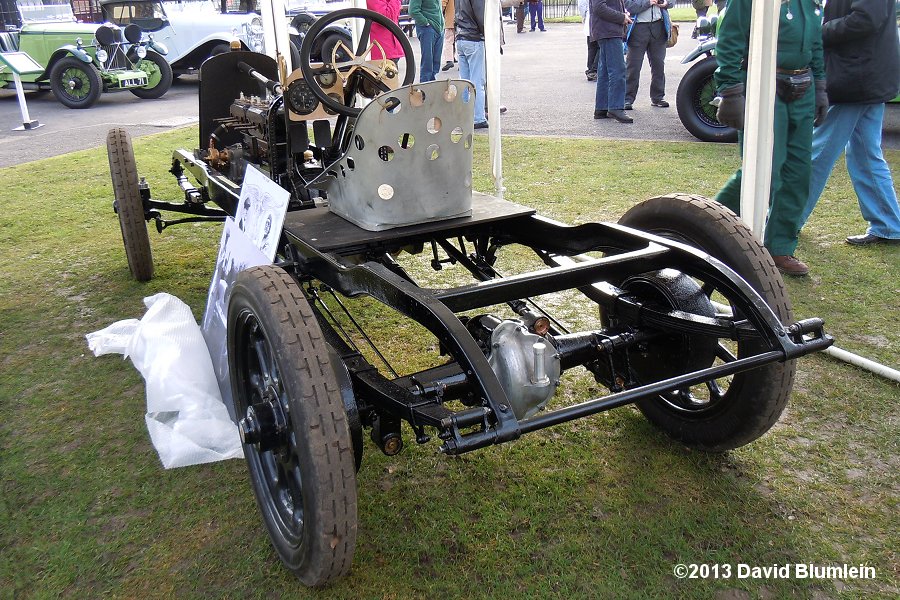 Notice in the second picture the unusual third radius arm mounted to the right of the differential: 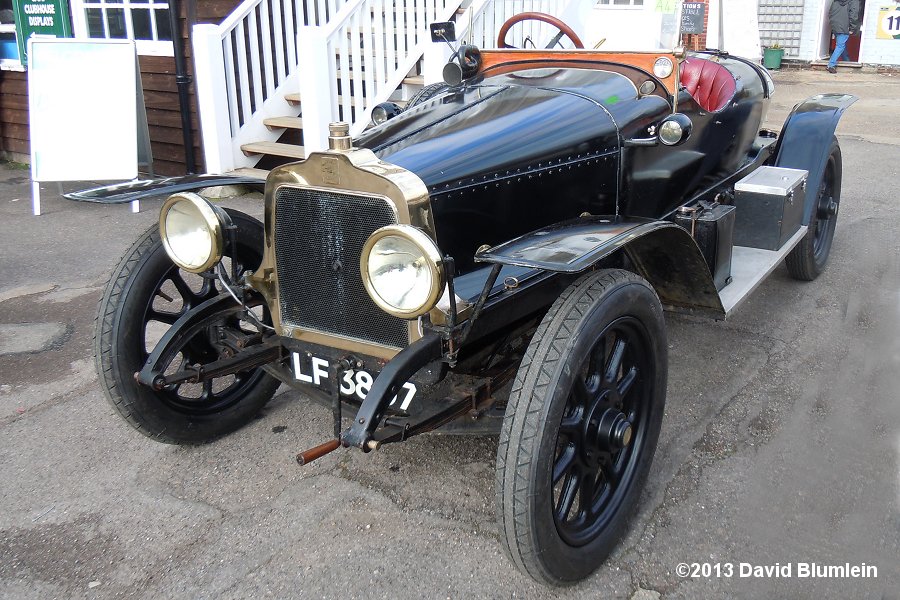 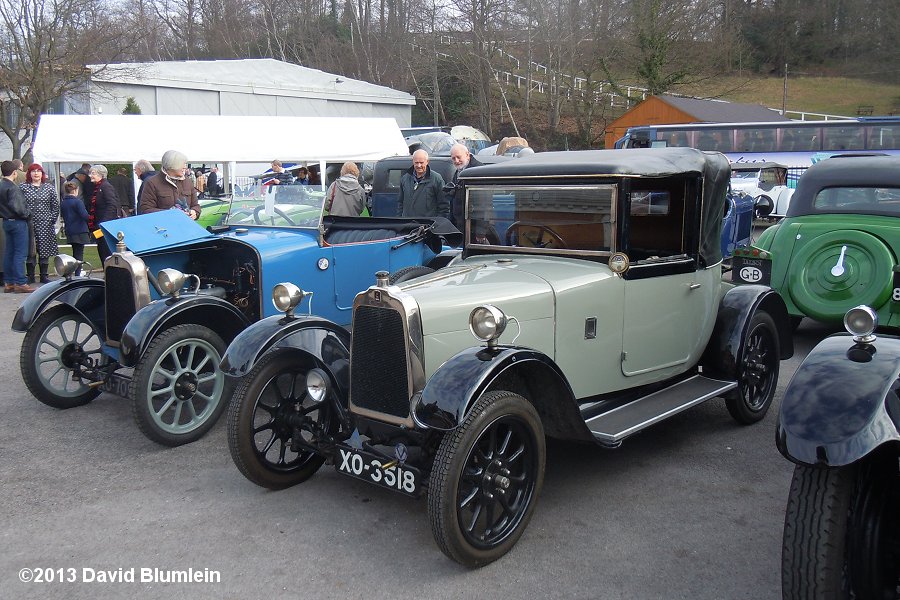 These are little Talbot 8/18s, dating from 1922 and 1923 respectively. They had an o.h.v. engine designed by Louis Coatalen in the French Talbot factory in Suresnes in Paris, all very confusing! 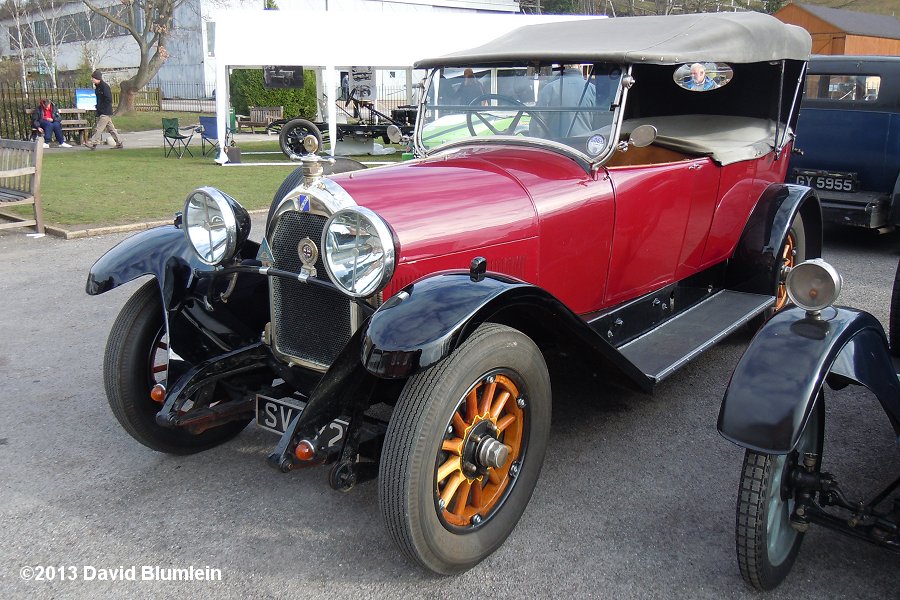 1924 Talbot DC. This was the only Talbot present that day that was built in the Suresnes factory in Paris 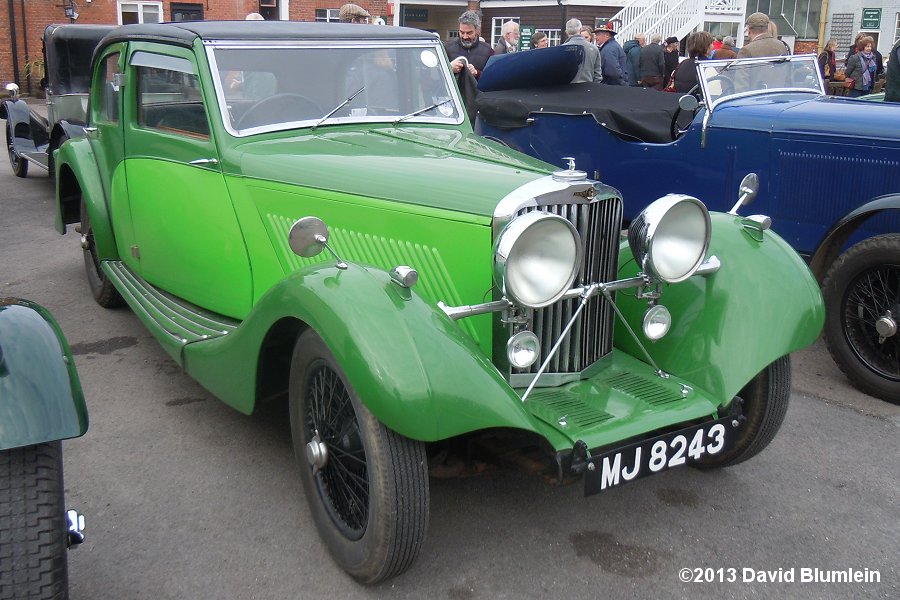 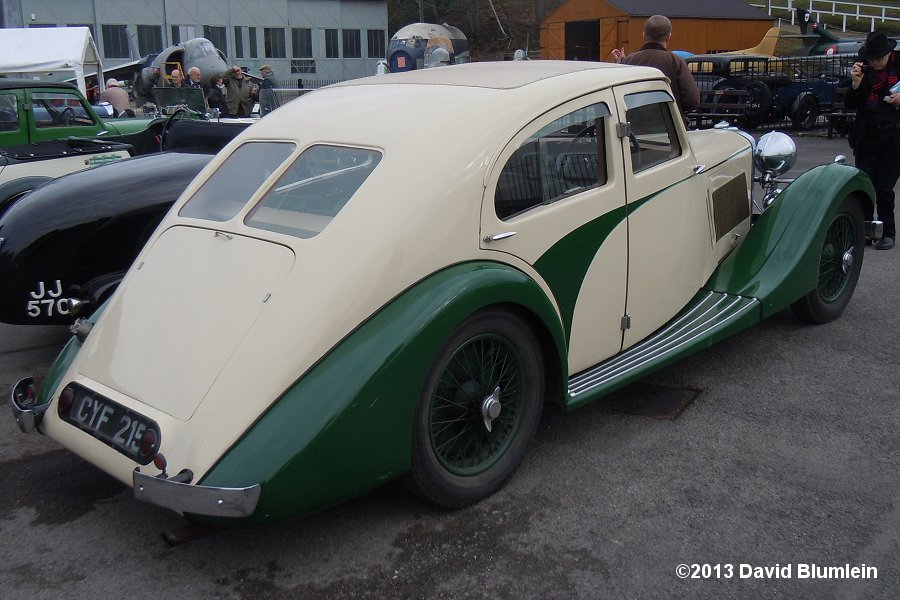 1936 Talbot 105 Airline. The “fast-back” styling at the rear became very popular in the Thirties (in the Art Deco fashion) and was to be found on several British cars – M.G., SS(Jaguar), Rover, Riley etc. The 105 had a 3-litre engine. 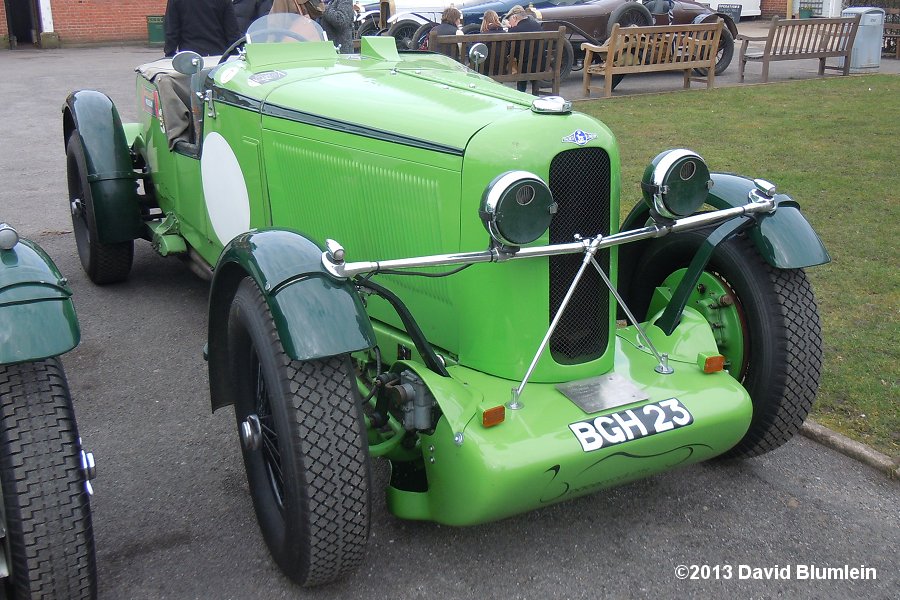 1933 Talbot 105 BGH 23. This car started as one of the successful 1934 Alpine Rally Team cars, winning a Coupe des Alpes. It has a long history of competitions and in 1936 was fitted with the 3.3-litre engine of the 110 model. Driven by Mike Couper it finished its racing career in 1938, having become the fastest 4-seater on the outer circuit at Brooklands at a speed of 129.7 m.p.h., a record that cannot be broken! 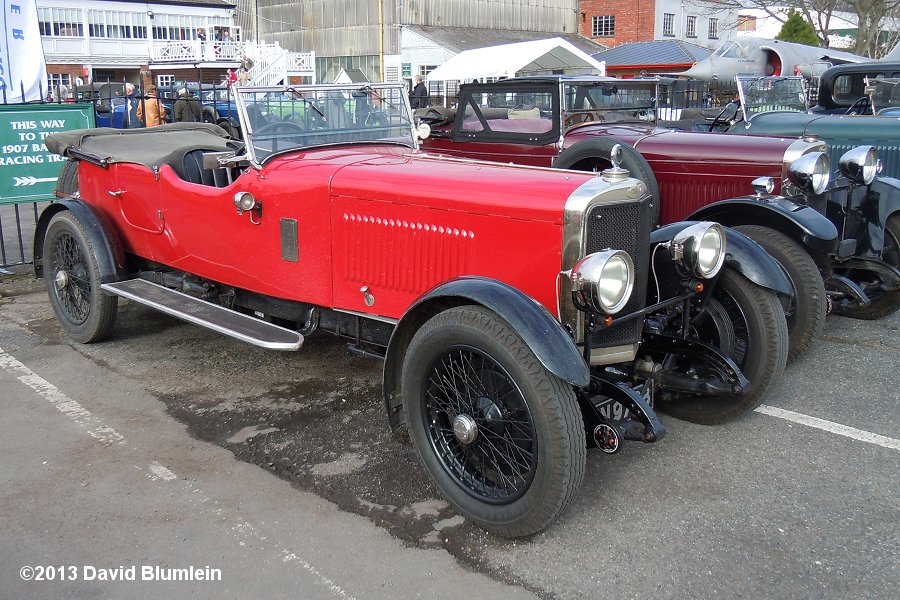 1926 Sunbeam 3-litre. In 1919 the Talbot company was taken over by the Darracq firm which was British owned but based in Paris! Shortly after, Darracq bought Sunbeams of Wolverhampton and commercial vehicle makers W&G du Cros of London and the combined concern became the Sunbeam-Talbot-Darracq Group. When Sunbeam introduced their 3-litre sports car, the twin overhead camshaft engines were built in the Talbot factory in Barlby Road. 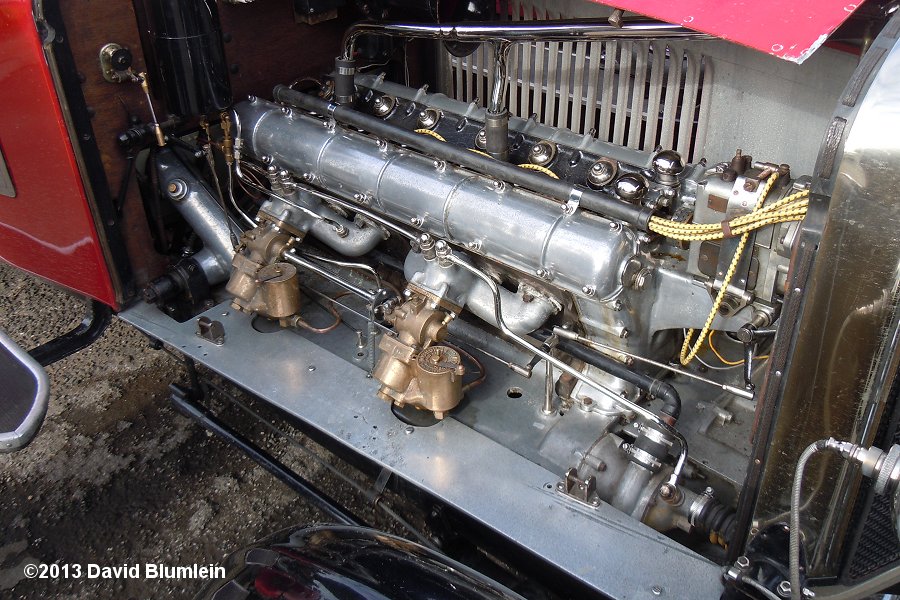 The twin cam Sunbeam engine. So much money was spent on this that there was none left to create a short chassis for the car which had to make do with the frame of an existing touring car which was both too long and not strong enough – no wonder that the chassis cracked while being driven down to Le Mans in 1925! 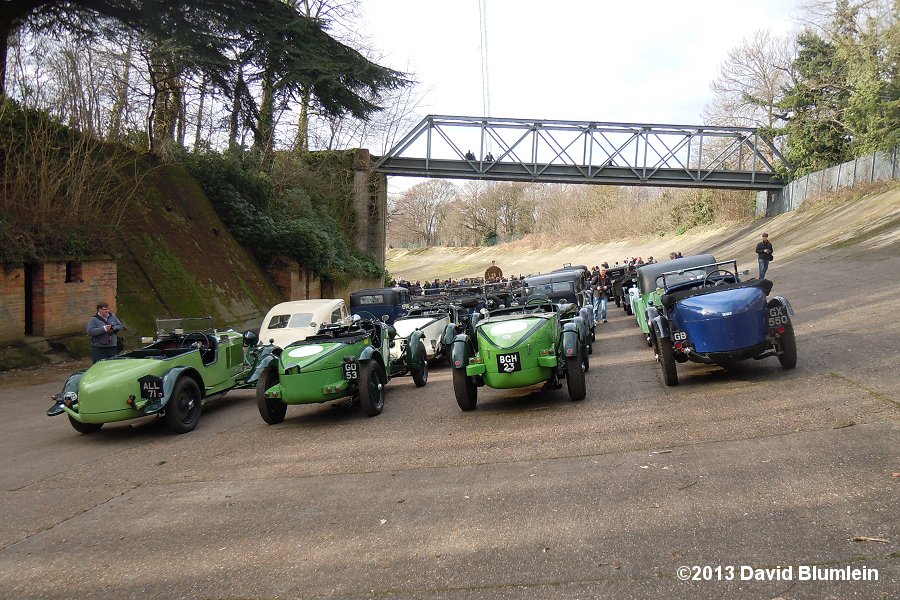 The event concluded with all the visiting cars lining up on the Members’ Banking. Here they are in the shadow of the Members’ Bridge with Roesch Talbots bringing up the rear. 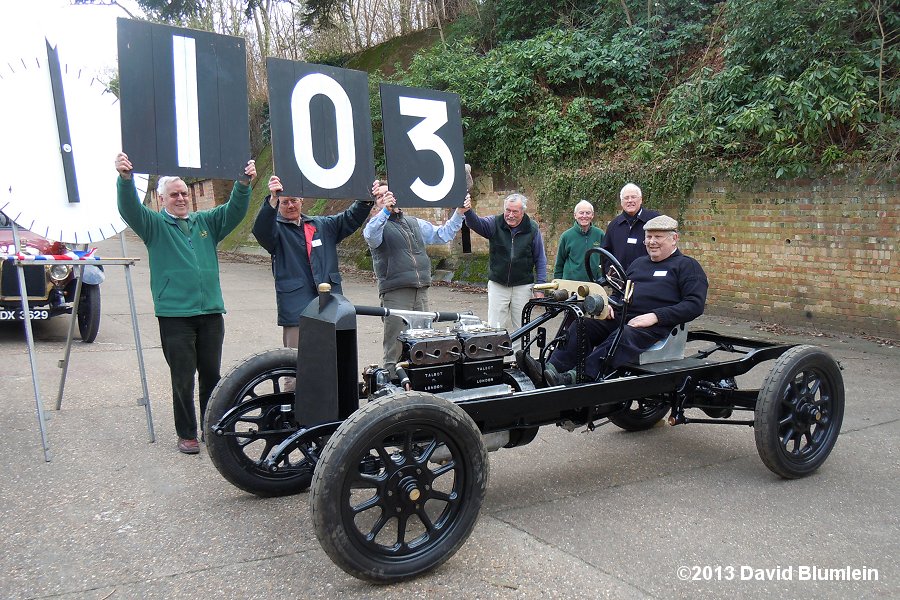 A fitting final touch was the Lambert replica coming onto the banking with club members displaying numbers indicating the speed achieved just as was done a hundred years ago. 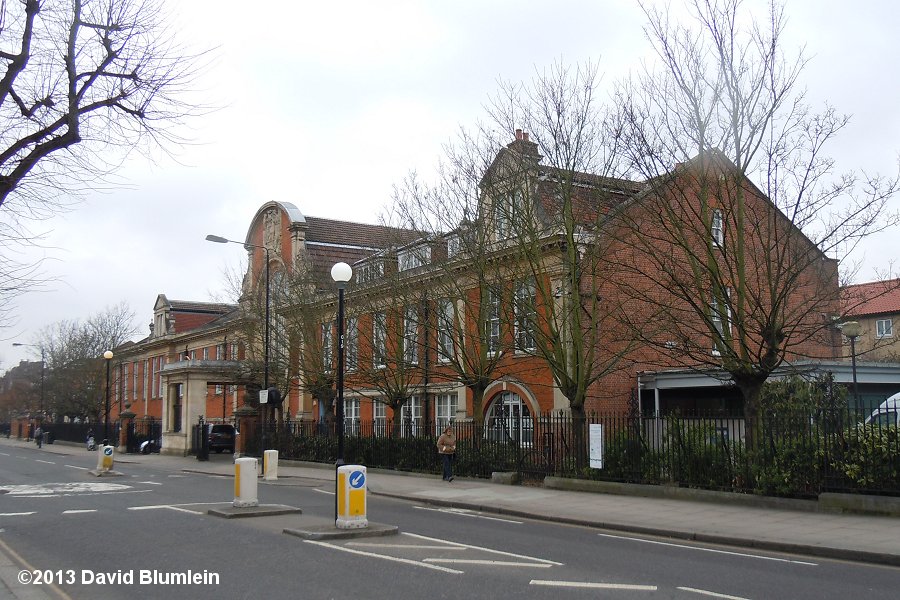 1 thought on “A Talbot Celebration”