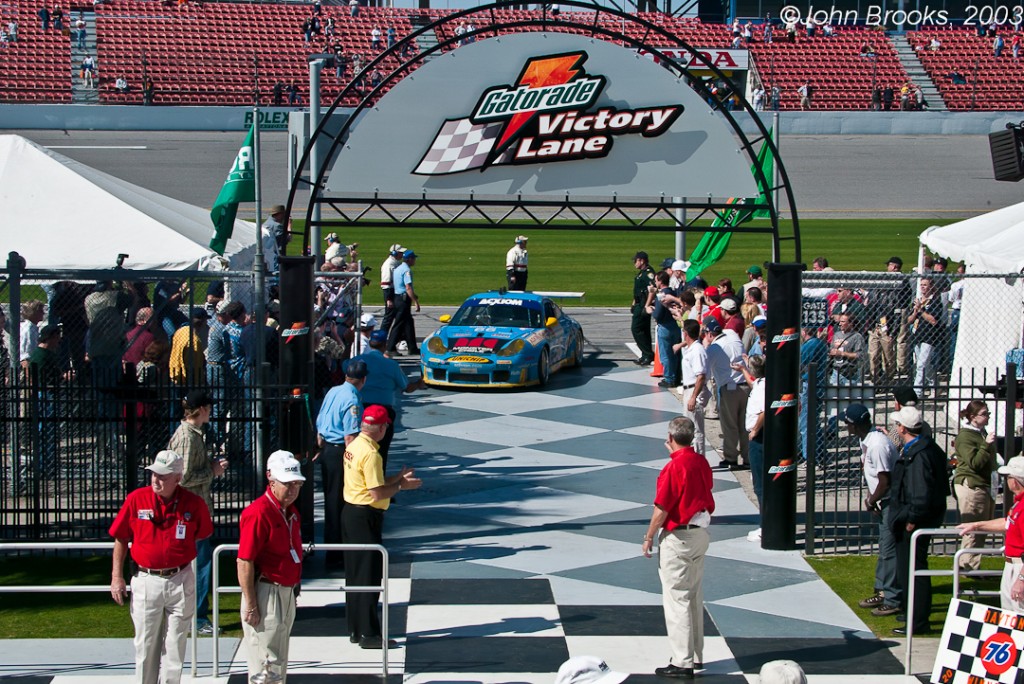 2003 saw the introduction of the Daytona Prototypes to the Rolex 24. Well, as their SRP 1 and 2 ancestors had found out in 2000 and 2001, any hint of delays due to mechanical problems will let the GT mob in. They are like a pack of hyenas relentlessly hunting.

So it was not a huge surprise to see a Porsche coming out on top, it’s what they do.

And of course it would not be Victory Lane without a crowd of clueless guys in bright shirts milling about purposelessly, oblivious to the TV and photographers trying to get a shot. Traditions are traditions after all.