Instant Classic, a cliché in most cases but like all clichés there are instances when it reflects reality. The Chelsea AutoLegends certainly falls into that exclusive category.

No one really knew what to expect when the first show was held last September in the grounds of The Royal Hospital, Chelsea. By any standards it was a rip-roaring success, a mouth-watering collection of cars that had competed at Le Mans over the decades in a regal setting and the atmosphere of an English Garden Fête. Even more important, substantial funds were raised for the ongoing refurbishment of the 300 year old Royal Hospital, famous home to the Chelsea Pensioners.

So last week we were given a taste of what to expect in early September 2011, when the second show is scheduled to take place. Central to the preparations for the event is the participation of the Patron for the event, Sir Stirling Moss OBE. Sir Stirling was on fine form, whether recalling his days as a driver for Rob Walker Racing or posing with a pair of young ladies clad in psychedelic mini-dresses (he seemed especially keen on that part of the presentation). 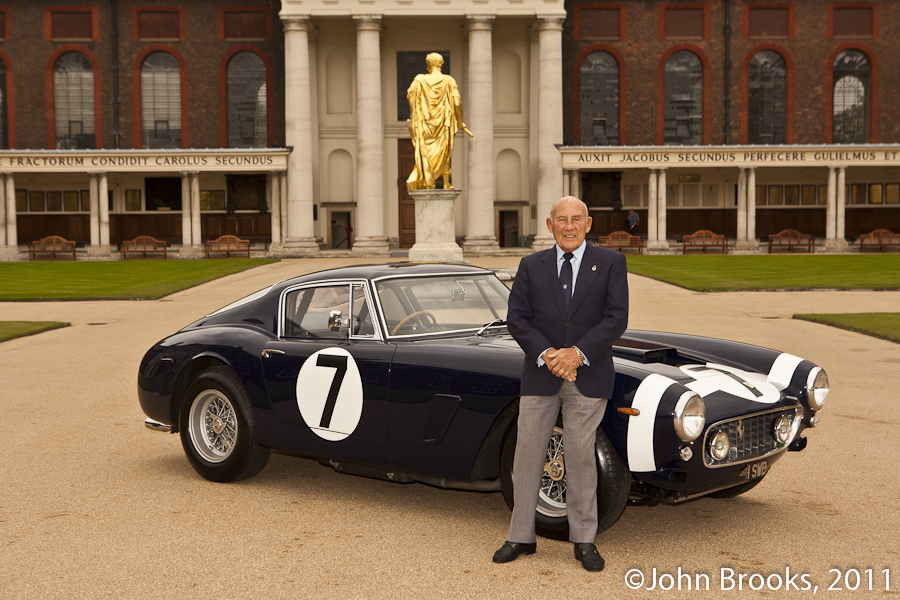 The main theme of this year’s show will be the Swinging Sixties and how apposite considering that the Kings Road is but a stone’s throw away. Mind you if you went down to The Chelsea Drugstore these days you will find a Big Mac and Fries rather than getting your prescription filled, perhaps “You Can’t Always Get What you Want.”

Aside from the inevitable fashion and musical references that this homage to half a century ago will bring there are also contemporary automotive legends to be celebrated. The 50th birthdays of the Mini and the E-type, both icons of the period, will be the excuse to have a comprehensive displays of these quintessentially Sixties cars. 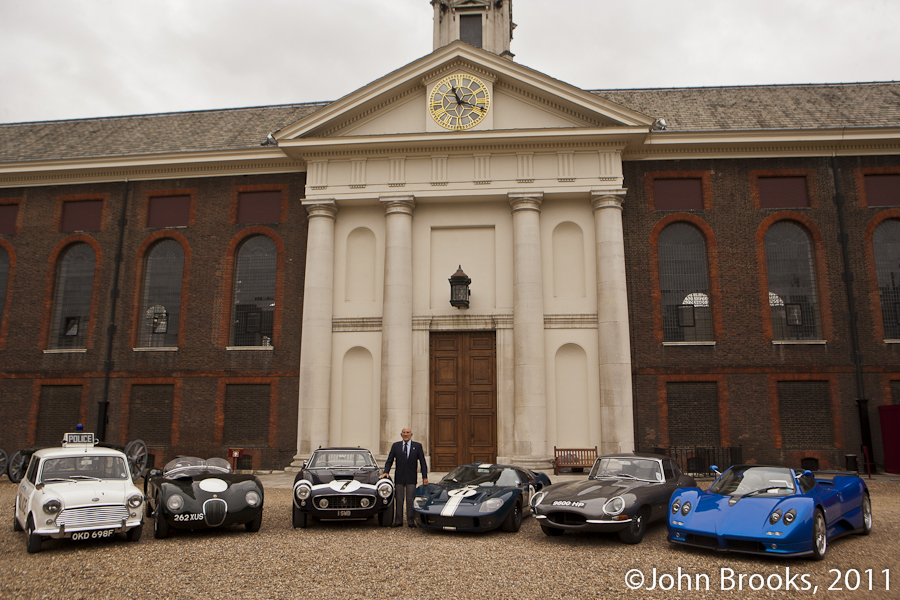 Significant road cars will also feature in a run of Super Cars from the RAC Club in Pall Mall which should make quite a splash when the arrive en masse at the Royal Hospital. Not to be outdone the two wheel brigade will also bring a pack of bikes, old and new, from the marginally less salubrious Ace Café on the North Circular. Autocar will have an exhibition of the ten most important road cars of the period since 1960 that have been tested by the magazine. Autocar’s top ten were named following the publication of the magazine’s 5,000th road test earlier this year. 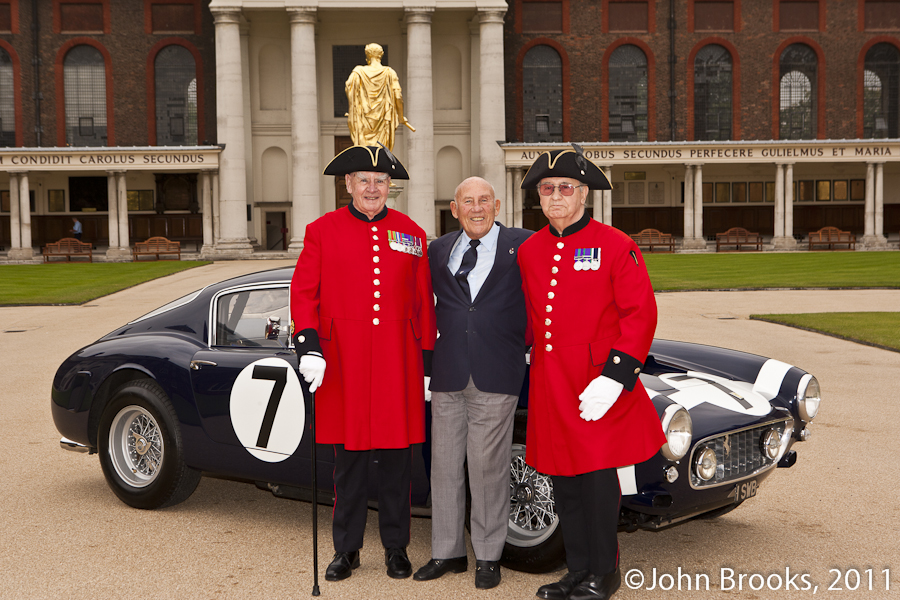 “The Autocar road test has often been copied but never bettered. Every car, whether a 200mph supercar or supermini is given the same exhaustive treatment,” said Autocar Editor Chas Hallett.

“It’s great that our top ten all will be on display at Chelsea AutoLegends – they are the cars we think have made the most significant contribution to motoring over the years.”

“Jaguar’s iconic E-type was named as the number one test of all time. It may not have been as important a car as the Mini, nor have broken quite so much new ground as the McLaren, but it means most to our readers and to us as writers and testers. It is a car of beauty, power, driving pleasure and value.” 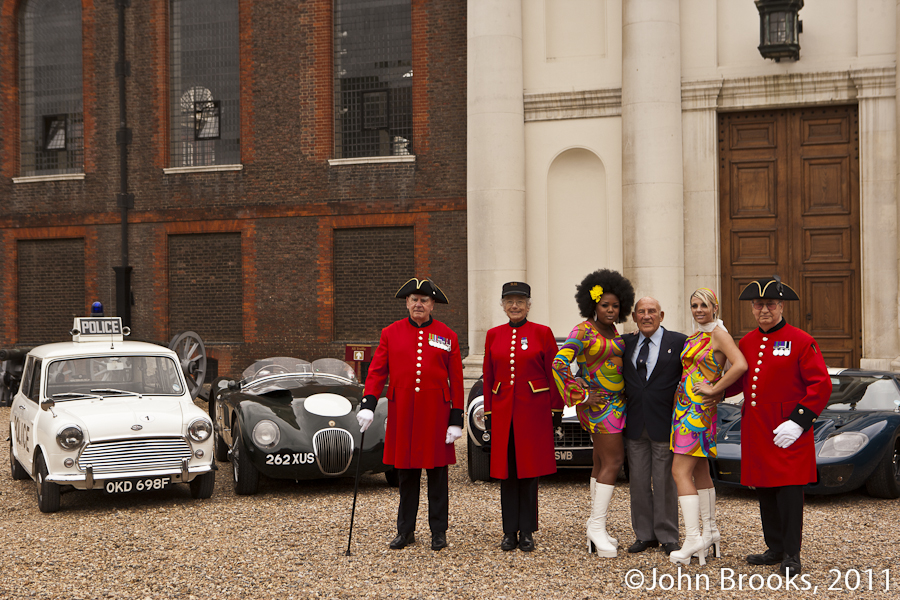 Also on display at the show will be the Bugatti Veyron SuperSport, current holder of title of the World’s fastest production car……….267mph if you must know. 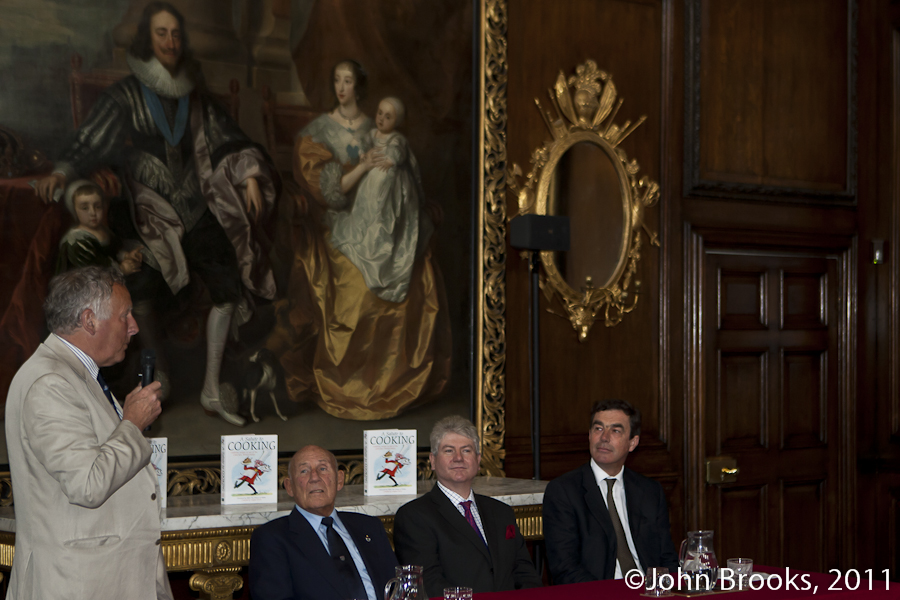 The Chelsea AutoLegends show was created by the imagination and hard work of local resident, Michael Scott. That being the case, there will always be a strong Le Mans element in the cars on display while he is involved. This year will feature those that were prominent in the Sixties and to introduce this theme at the launch Rob Walker’s Ferrari 250GT SWB was reunited with Sir Stirling, recalling the victory that he posted in the 1961 Tourist Trophy at Goodwood. He also raced at Le Mans that year in this Ferrari, partnered by Graham Hill.

Mention of Rob Walker brings out another theme of this year’s AutoLegends, a salute to the team Patrons of that era, John Coombs, Tommy Sopwith, and Colonel Ronnie Hoare joining Rob Walker on the pedestal. Moss spoke with great affection about his old team boss and friend.

“Rob was a true gentleman and a real enthusiast. But he was also a damn good team manager and our win together at the Goodwood TT was one of the highlights of my career. I am delighted that Chelsea AutoLegends is honouring Rob, and some of the other British private entrants, at this year’s event. Without people like Rob Walker, motor racing in the 1960s just wouldn’t have been the same.”

“Rob Walker had written in his passport where his business was described as being a Gentleman. I think that sums it up, a wonderful man.”

“When he raced at Le Mans (1939) at around six o’clock Rob came into the pits for an unscheduled stop. He came in because Gentlemen don’t wear brown shoes after Six. He had to change his shoes to suede.”

“Then just before the end of the race he had a signal to stop at the pit, once there he asked why? The team replied that he had done such a good job that they were celebrating with some Champagne and they didn’t want him to miss out.”

“That was what racing was all about back then.”

It was a different era.

Tickets for this year’s Chelsea AutoLegends are now on sale either via the event’s website www.ChelseaAutoLegends.com or from the ticket hotline on 0844 581 0760. Those pre-booking can take advantage of considerable savings with adult tickets priced at £15 in advance rather than £20 on the gate. Underlining the event’s family entertainment values, accompanied children aged under 12 will be admitted free of charge.

Keep September 4th free and go along. A Good Time for a Good Cause, simples.