The Artcurial sale at this year’s Rétromobile was bursting with interesting cars, one of the cream of the crop was this Ferrari…………….. 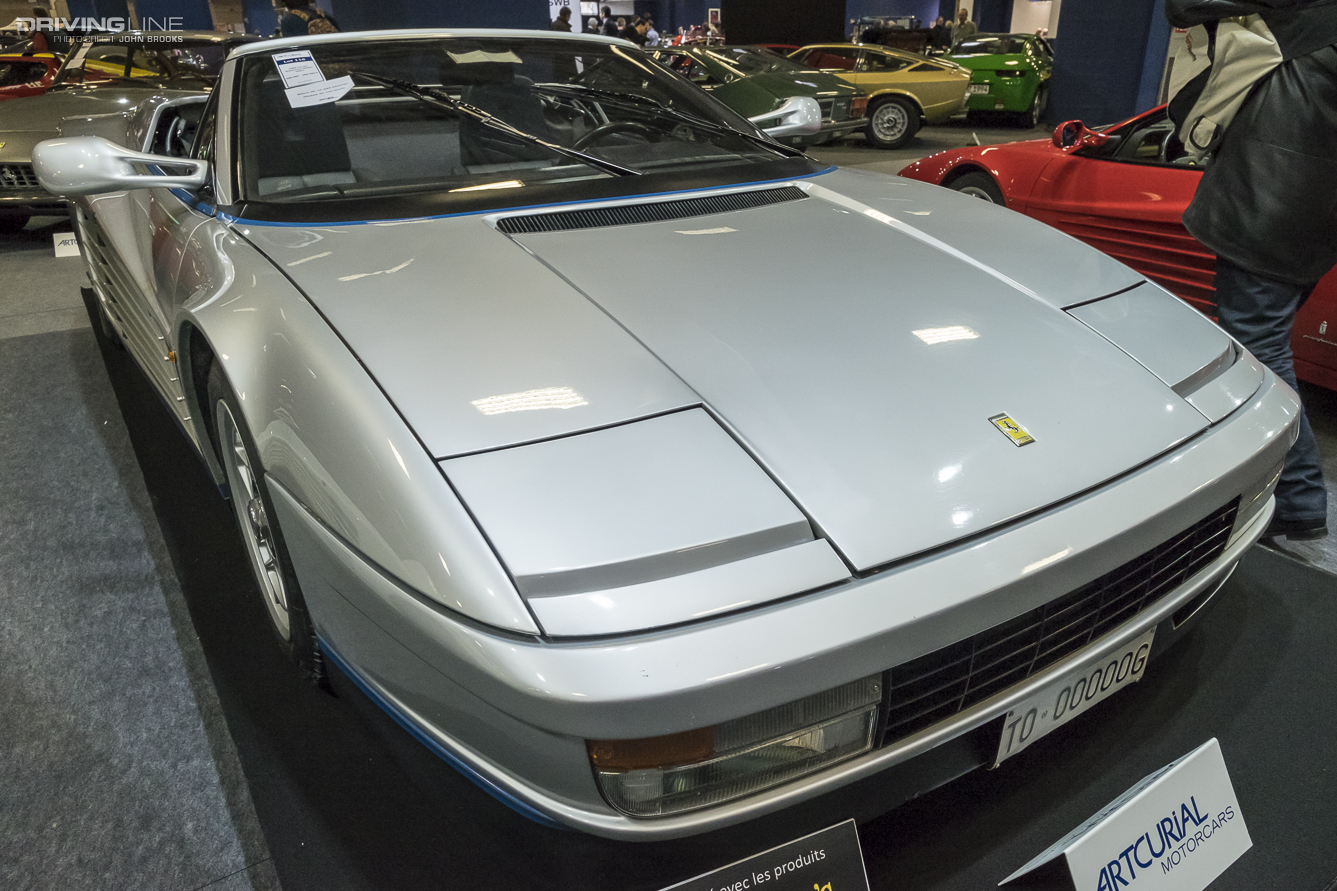 What do you give to the man who has almost everything? This was the conundrum faced by the management of Ferrari back in 1986. They wished to make a gift to the President of Fiat, Gianni Agnelli, to celebrate his 20th anniversary as head of the Italian industrial empire, which, of course, included Maranello’s finest back then.

Eventually the corporate equivalent of the Papal Conclave White Smoke was seen in the skies above the Ferrari factory, they would build “L’Avvocato” a car. Not, I grant you, an original thought, but the vehicle itself would more than make up for that lack of creativity. 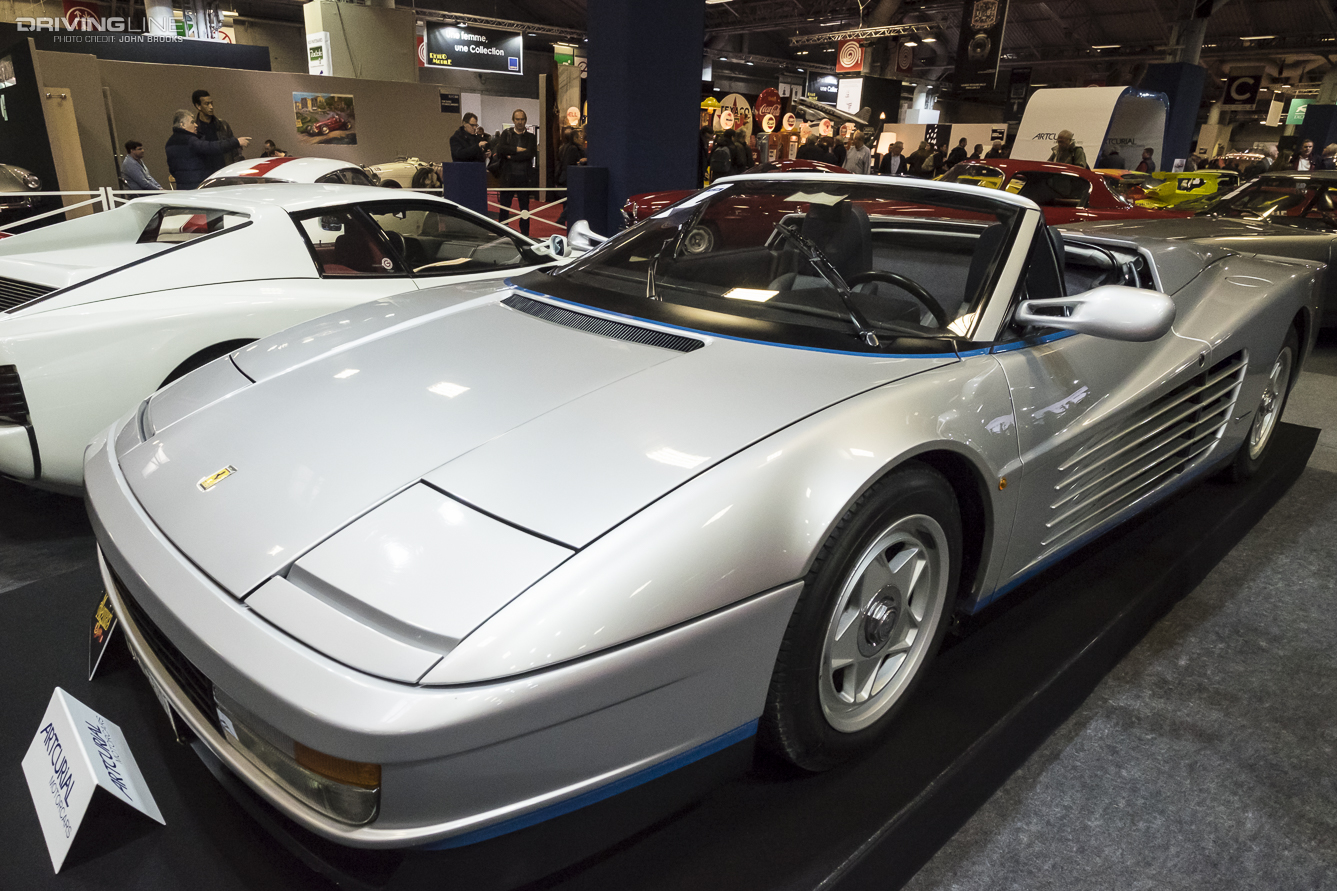 In 1984 Ferrari unveiled their latest supercar, the Testarossa, to an appreciative audience at the Le Lido in Paris, a venue that has seen its share of curvaceous red heads in its time. Powered by a 4,943 cc flat-12 engine giving around 400bhp, this elegant two-seater put Ferrari firmly back at the head of the performance pack. It was also the first high performance Ferrari to be designed with the contemporary lucrative North American market in mind. That meant considerable changes to previous approach to building cars, comprehensive regulations covering safety and pollution had been legislated and had to be complied with. 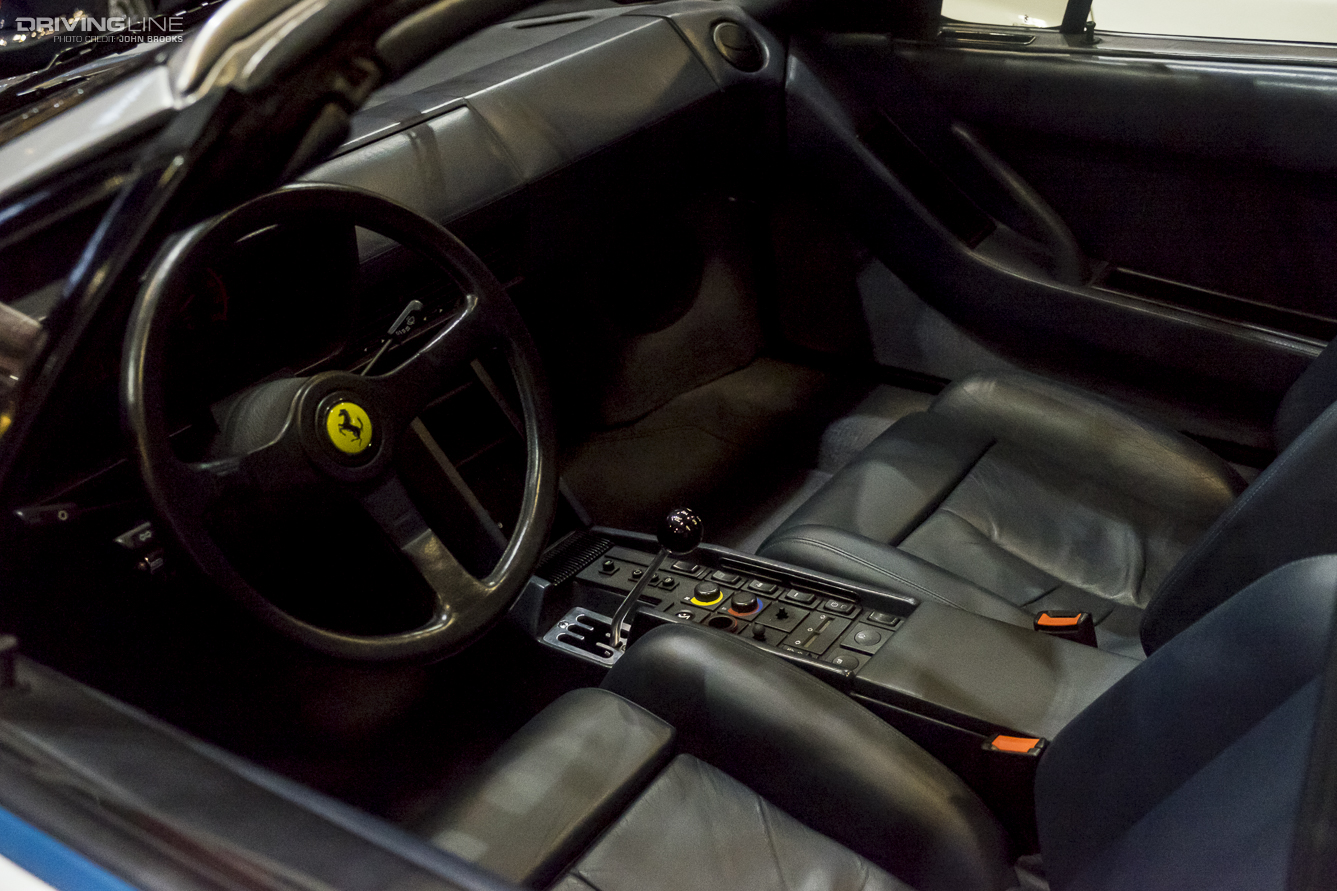 So, a very special car to begin with, but one example was to be even more special, unique in fact, Agnelli’s present from Ferrari would be a Testarossa Spider. Chassis 62897 entered the production line at the end of February 1986 and four months later it was delivered to the Boss in time to enjoy the Italian summer, complete with a personalised licence plate TO 0000G, no detail too small on this project. Even the choice of colour, silver, was part of a plan, the symbol for this element in the periodic table is AG. 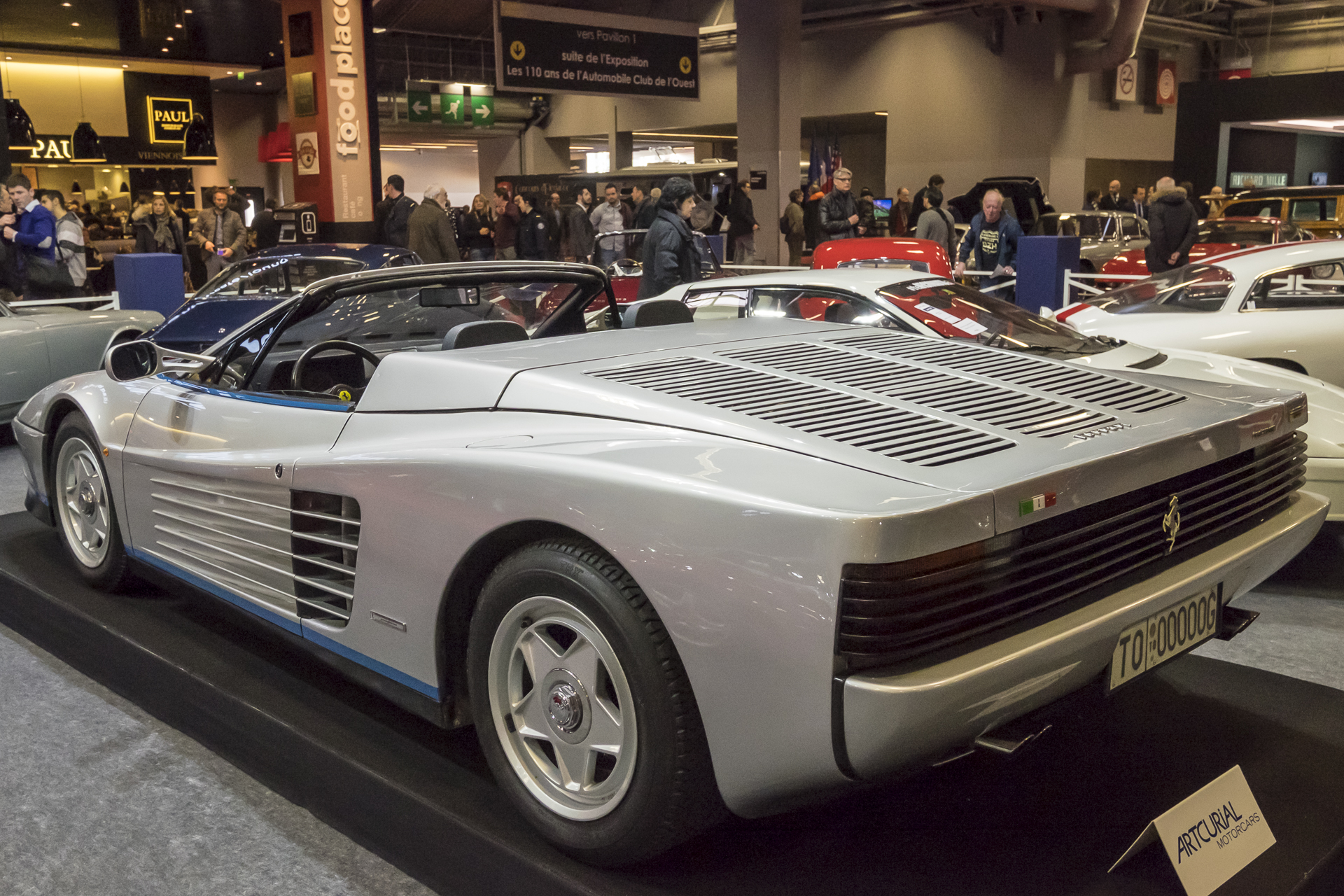 The building of a Spider was no matter of just hacking the roof off and pulling together some canvas contraption to give a measure of protection from the elements. Pininfarina were tasked with providing a solution befitting the car and, more importantly, the recipient. The chassis was reinforced to reclaim the rigidity that had been lost with the removal of the roof as were the windscreen pillars. The new rear deck enhanced an already handsome automobile and provided an ingenious solution to storing the roof when not needed.

One other significant modification aimed directly at Agnelli was the option to dispense with the clutch and drive the Testarossa in automatic mode, he had sustained leg injuries in an accident back in his youth and this sometimes made using a manual transmission system uncomfortable. 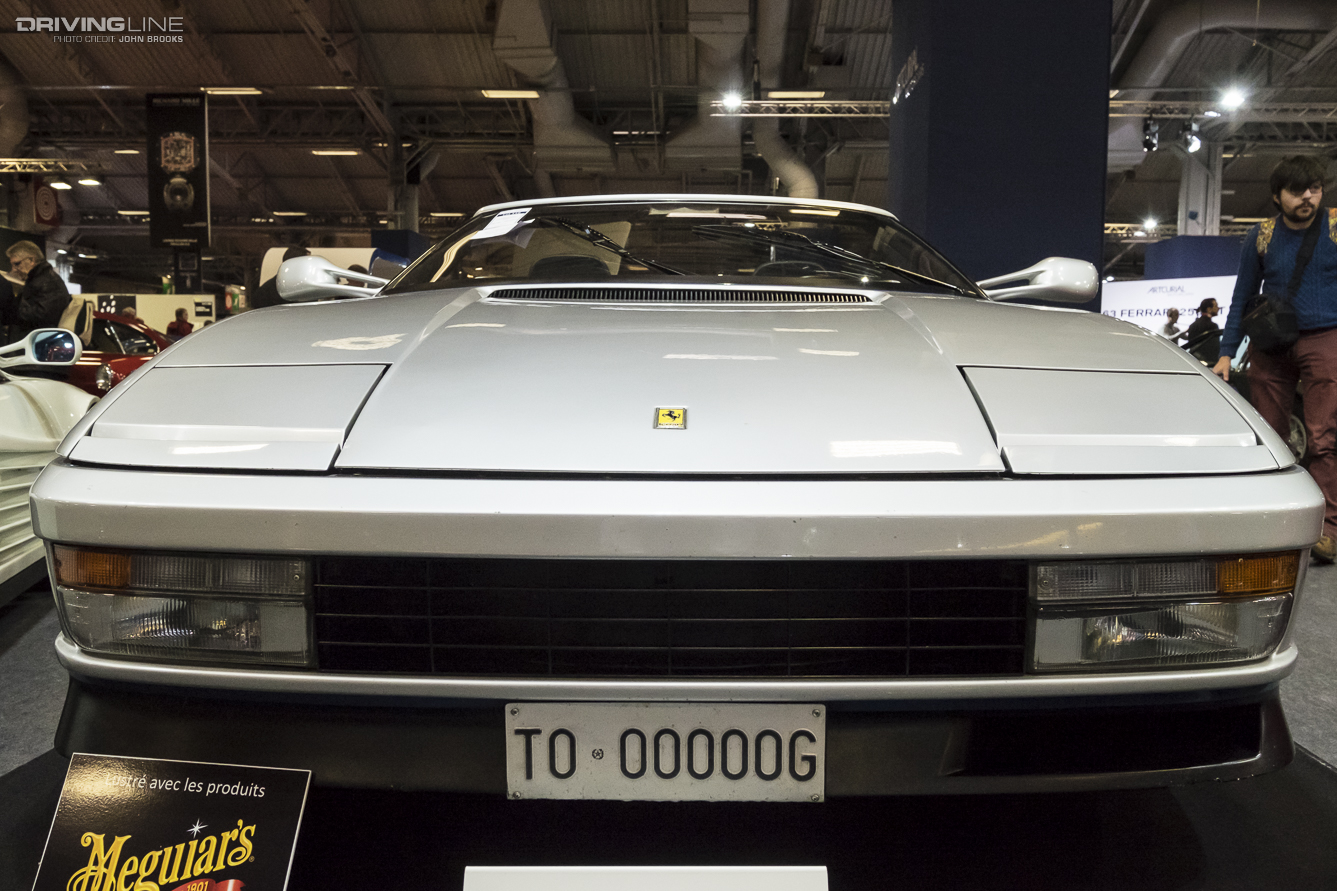 Agnelli kept the car till 1991 when he sold it one of his poker-playing buddies, how the other half lives. Despite entreaties from Ferrari’s customers the factory refused to produce any copies, so those desperate to enjoy a similarly configured Testarossa were reduced to commissioning the likes of Pininfarina to recreate their work. It is said that they built a number for the Sultan of Brunei. 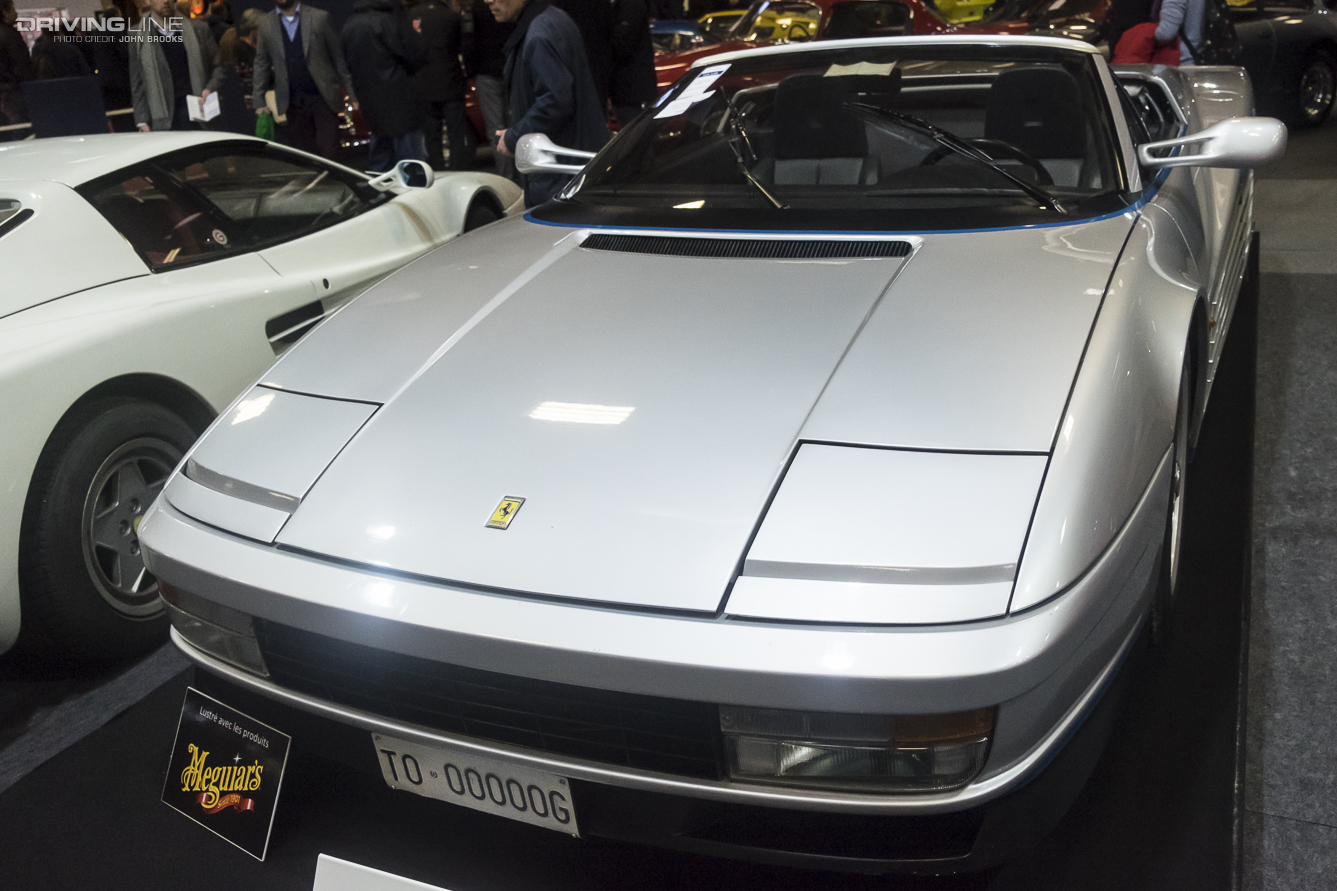 The family of the lucky poker-player recently decided to sell and that is how I came to encounter the car during the Rétromobile. Despite the market conditions generally trending downwards, the Testarossa sold and exceeded its estimate to finally reach €1,210,080 – about eight times the amount that a Testarossa with a roof made at the same auction. The new owner not only has acquired a piece of history but also automotive art of the highest order.

2 thoughts on “The Boss’s Car”