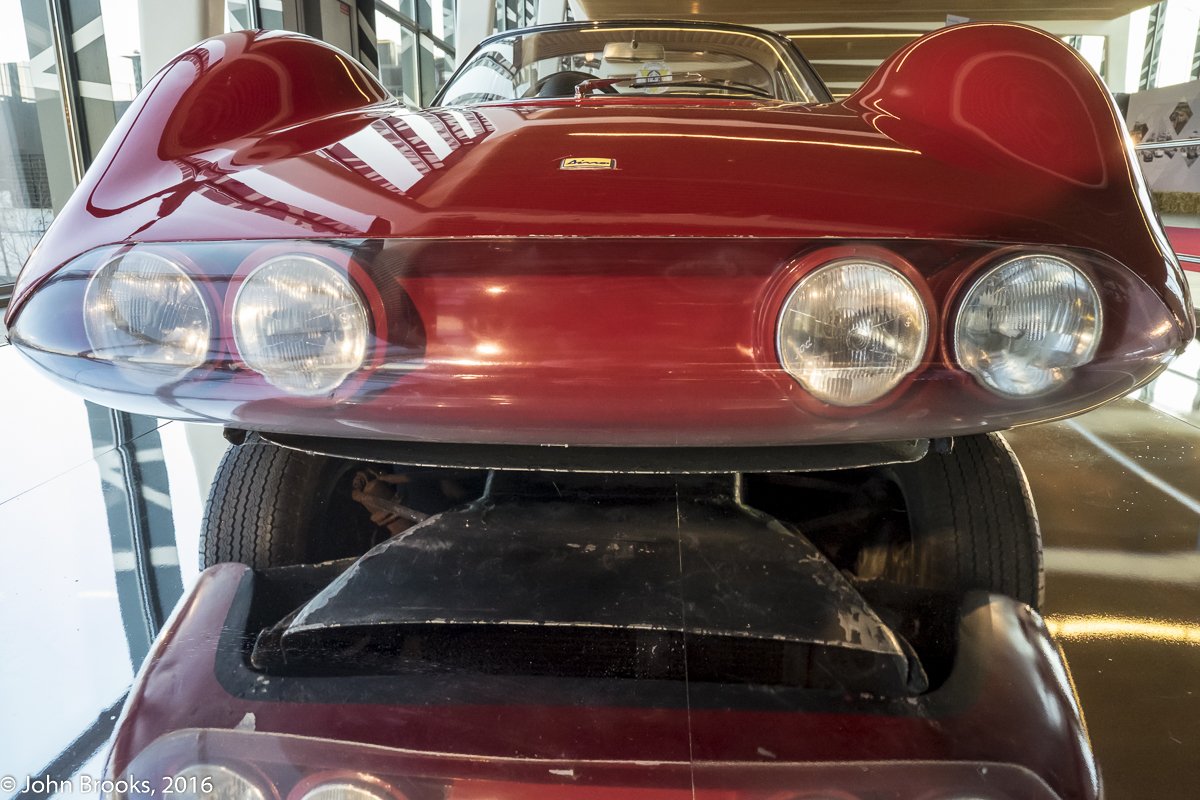 The range of Ferraris that bear the name of Enzo’s son, Dino, hold a special place in the automotive heaven. Grace, beauty, style, and class are all associated with this sub-brand. To my generation the cars known as Dino conjures up the vision of the 246 GT from the late 60’s but of course Dino covered a far broader spectrum of cars and engines, both on road and track. 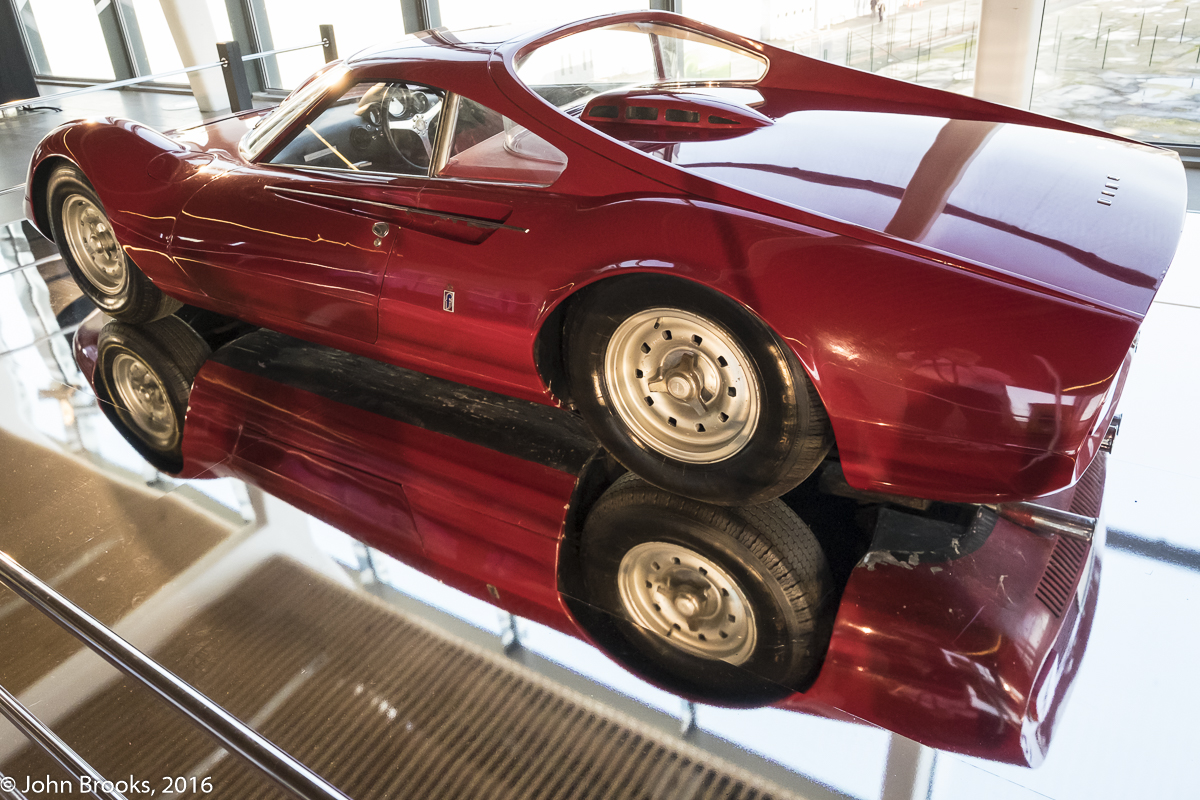 There were two reminders of just why this name is held in such respect and affection at Rétromobile. The ACO were celebrating the 110th anniversary of the formation of the club and favoured the Parisian crowds with a display of cars from their museum. Even in such august company one vehicle caught my attention. At first glance this Ferrari 206GT was both familiar and strange at the same time, the lines had much in common with the road car that, presumably, it preceded but there were questions………….. 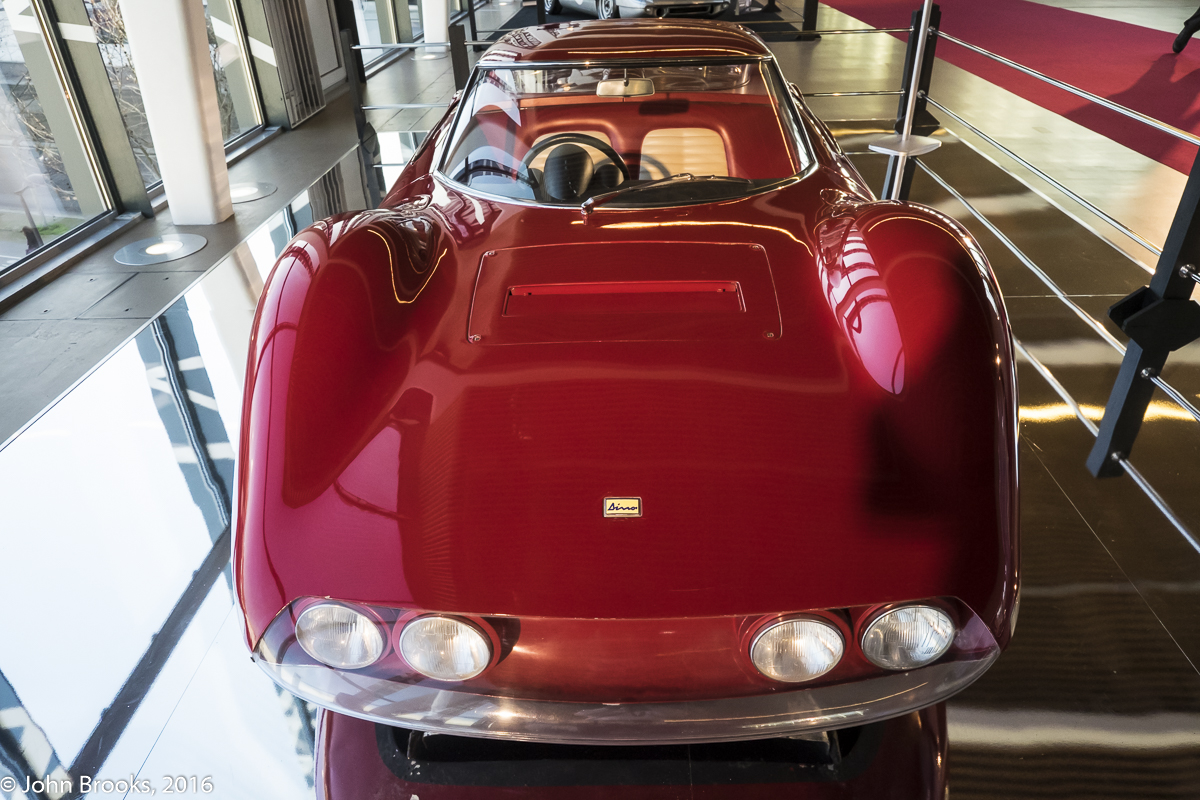 Some light digging through the library answered these enquiries. This Dino was a one-off, a road legal version of the racing Dino 206S and dated back to 1965. That autumn it was the star of the Paris Salon, an audacious piece of styling from Pininfarina. 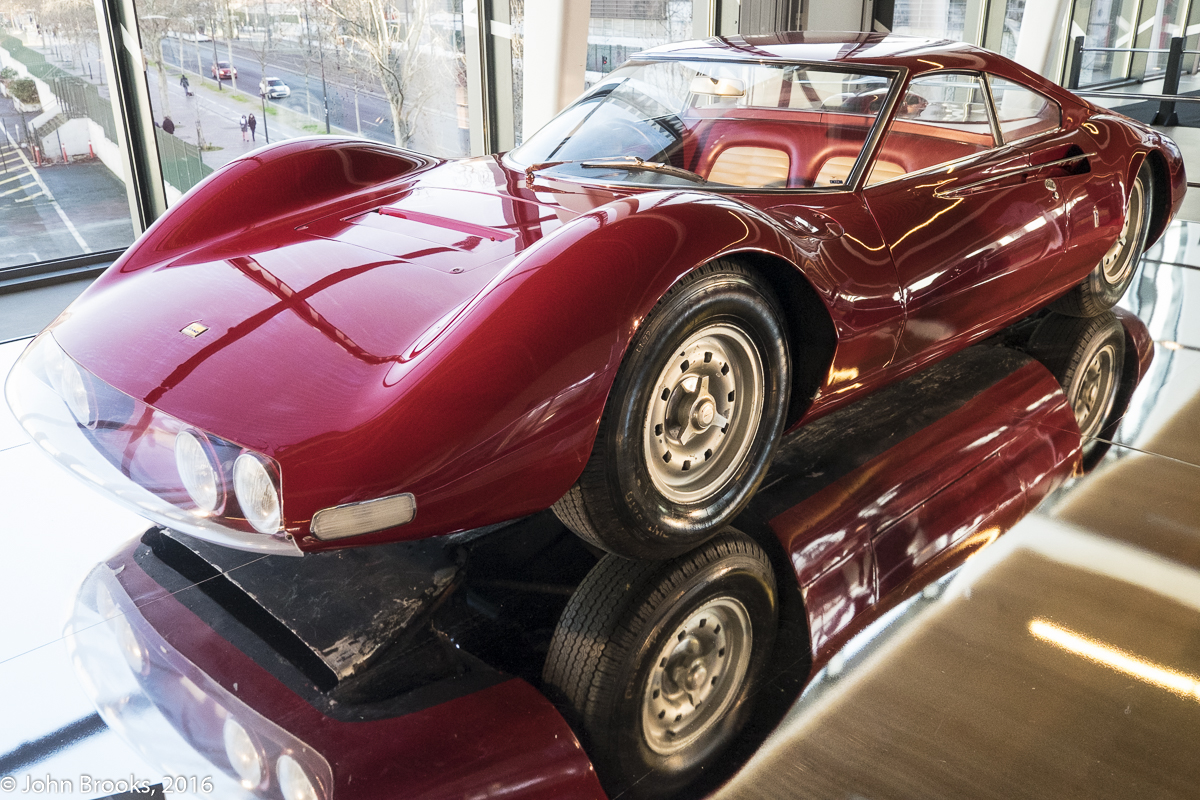 The mid-engined, pocket-sized GT turned heads with its swoops and curves, the Plexiglas nose stretched over the full width of the car, a precursor of the similar treatment that would be seen on the Daytona. 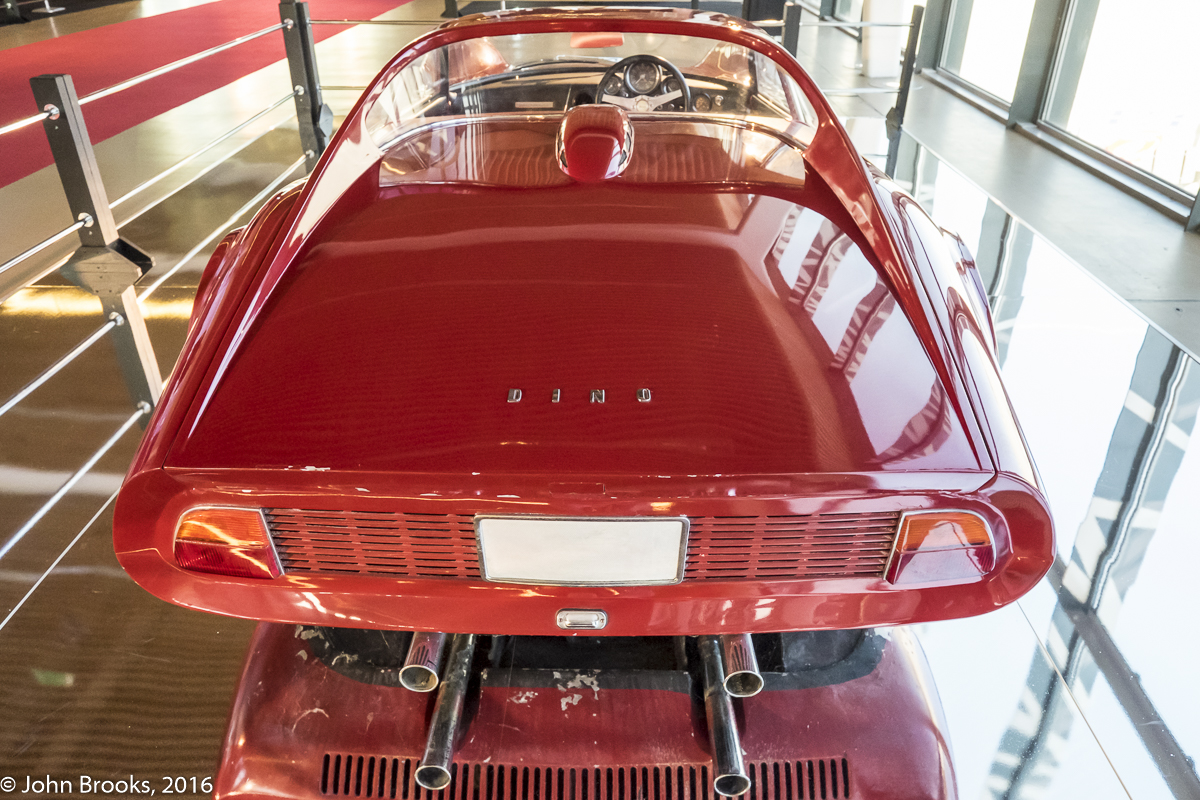 One of the motivations behind this GT and the whole Dino program in the middle-60’s was the desire for to homologate the V6 Dino 65º 4-cam engine, the rules stated that Formula Two powerplants had to be based on a road unit. This suited both Ferrari and Fiat who would produce a Fiat Dino in roadster and coupé formats utilising the race-bred engine.. 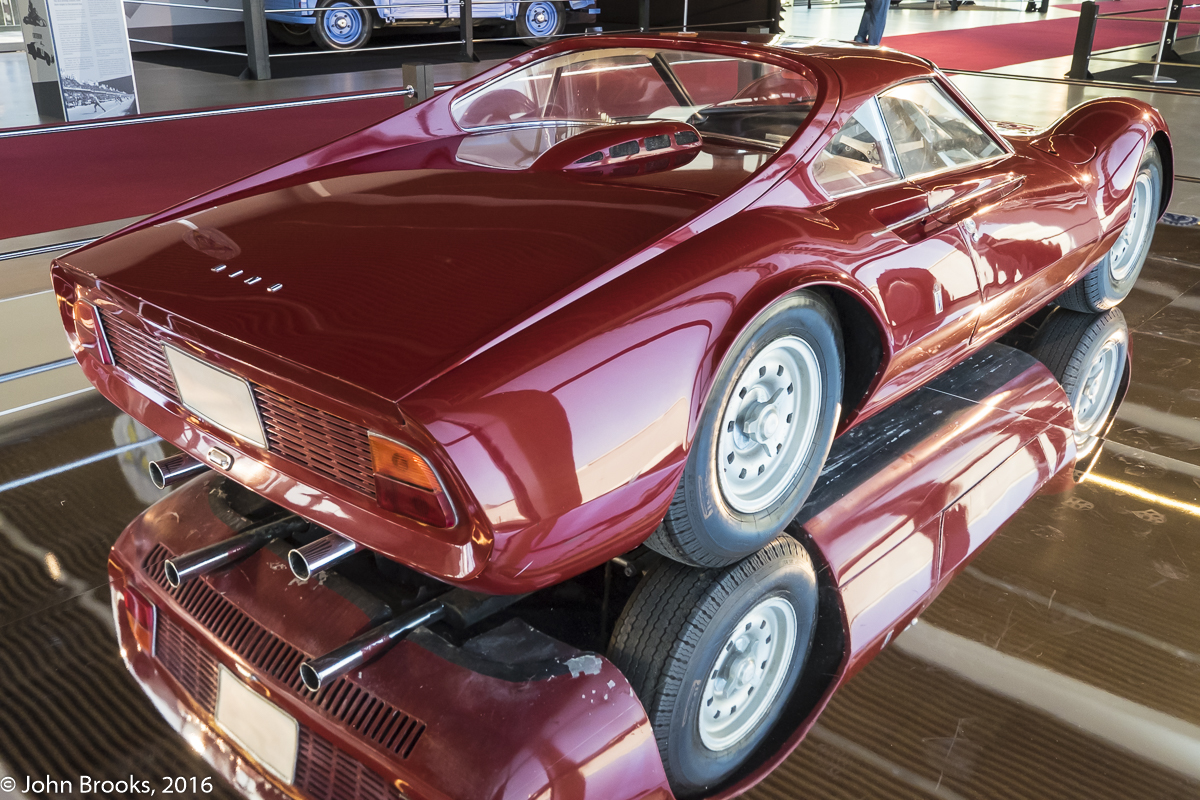 The Dino was also part of the financial tidal wave that would see Fiat acquiring 50% of Ferrari’s shares in 1968, thus guaranteeing financial stability at Maranello. The Italian industrial giant would swallow up almost all of Ferrari by 1988. Ironically Fiat’s own financial issues are currently being resolved by the flotation of Ferrari on the New York Stock Exchange, Gianni Agnelli’s investment and foresight really paid off in the long term.

Another important Dino was to be found in the halls downstairs, that will be dealt with in a future post.