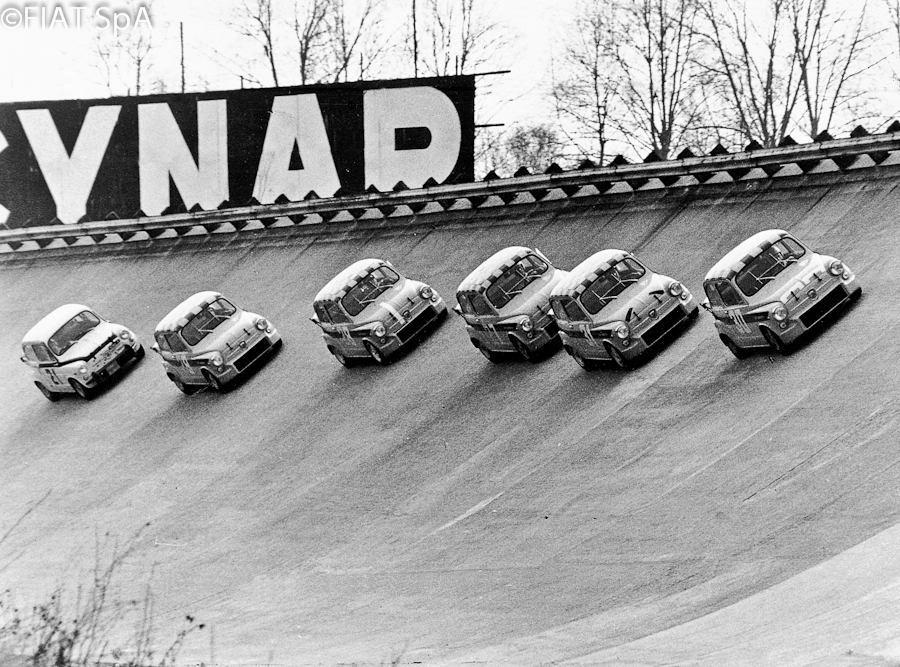 Hang on, lads; I’ve got a great idea.

As the world winds down for Christmas, or at least this part of the world, it is time for a bit of whimsy. Here is a gang of Abarths on the Monza Banking, perhaps in training for a showdown on the Lingotto roof with the cheeky chappies in Minis.

It is not generally known that the first race for cars that we now call GT cars took place at Monza: the Coppa Inter Europa in 1949. In this race three of the first five “street” Ferraris to be made (Tipo 166 Inter) were entered and they filled easily the first three places, Count Bruno Stersi winning in his Touring-bodied car and establishing already Ferrari superiority in the category. While GT cars remained front-engined Ferrari continued its domination, but then gradually Porsche, above all, came on the scene and since the demise of Group C the GT revival has witnessed real rivalry between Zϋffenhausen and Maranello. The ageless Porsche 911 is still a potent force – it won at Monza despite the presence of seven of the new Ferrari 458 Italias. 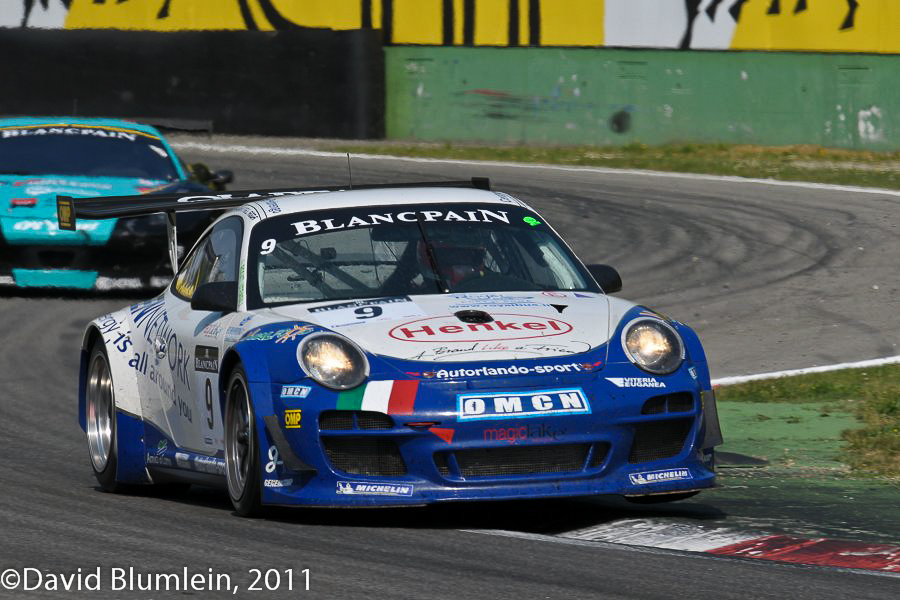 changing, yet changeless as canal water

The Monza circuit is set in a Royal Park. A stroll around the old banked section of the track – lined with beautiful woodlands full of bird song – is very rewarding. 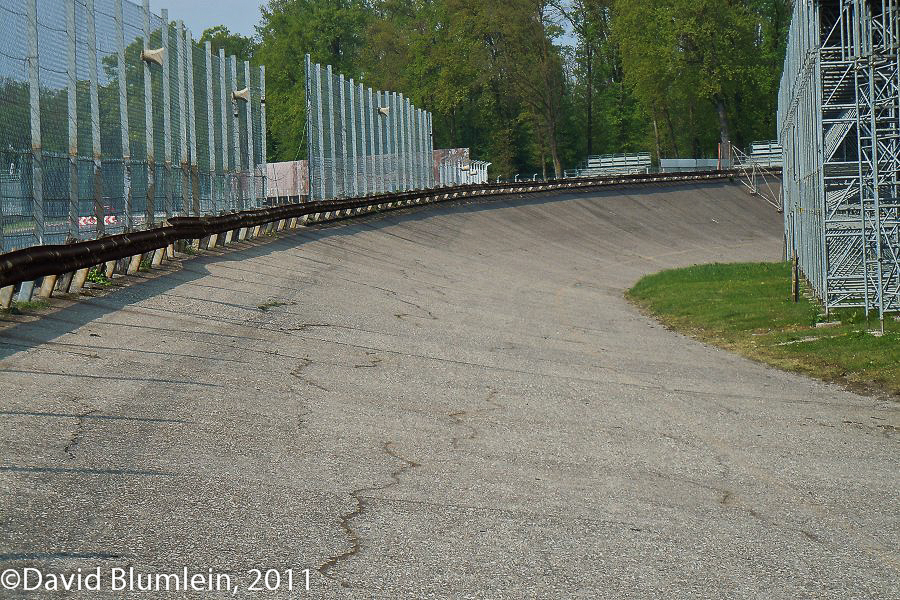 One can still pick out traces of the chicanes which were installed at the entrance to the bankings for the 1000 kilometre sports car races from 1966 until the banking was used for the last time in 1969. 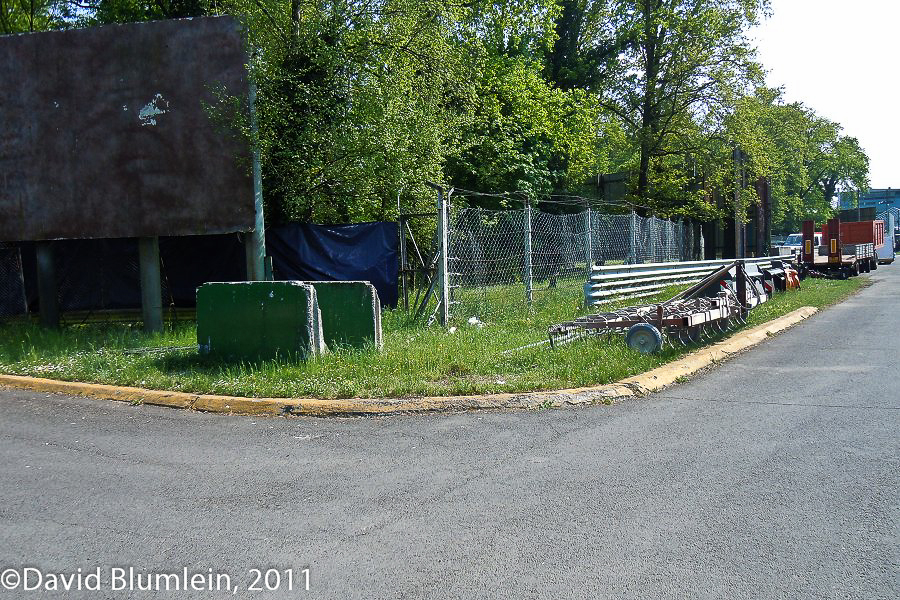 As a very fast circuit Monza has been no stranger to chicanes and by the mid-Thirties temporary devices were inserted on the faster stretches – those thundering Grand Prix  Auto Unions and Mercedes needed slowing down! By 1972 permanent chicanes, since modified, were installed before the Curva Grande and at the Ascari Curve with a third one, the Variante dell Roggia, preceding the fast Lesmo Curves four years later. Many other changes have occurred over the years not least the creation of the famous Parabolica to replace the Curva de Vedano which itself eventually eliminated the original South Banking, a raised curve rather than a fully banked corner. 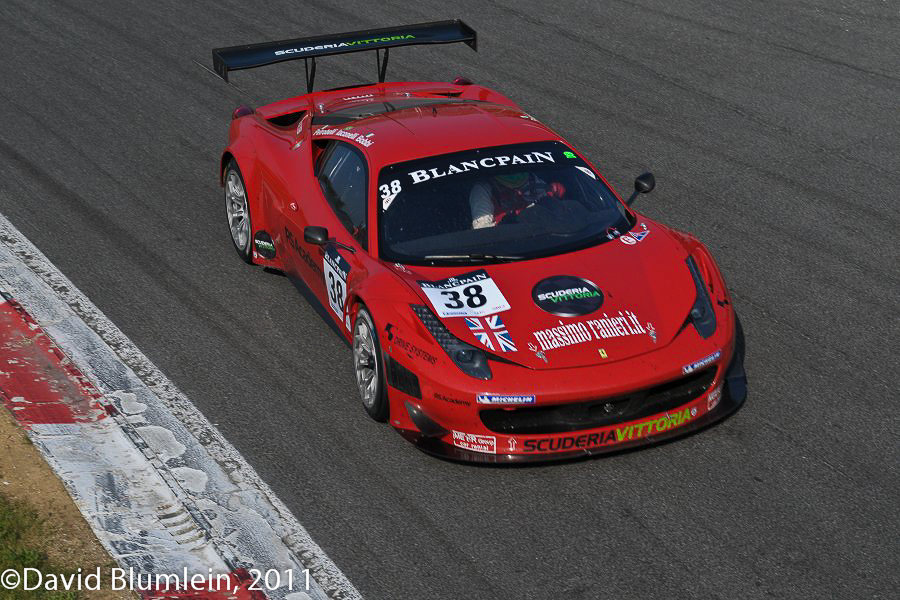 We have seen how, since the Thirties, the sports-racing car has gradually pushed aside the series production sports car in the major endurance events. This trend was encouraged particularly in the Mille Miglia and was taken up after the War by the Le Mans organisers with their Prototype class (originally intended to be temporary in the aftermath of the conflict) but the public loved the big fast racers and they seem here to stay. So it is refreshing to see at Monza the GT3/GT4 cars, especially the latter category whose cars are much more akin to those original participants in the Coppa Inter Europa races. The GT4 class had seven runners, made up of five different marques including a Maserati MC GranTurismo GT4. 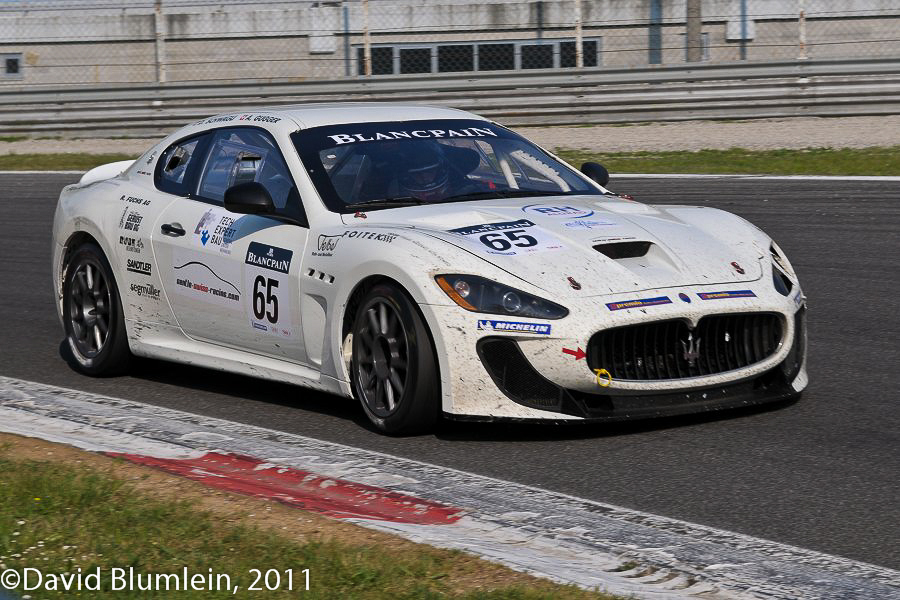 The attractive Lotus Evoras took the first two places in the GT4 class despite suffering punctures. 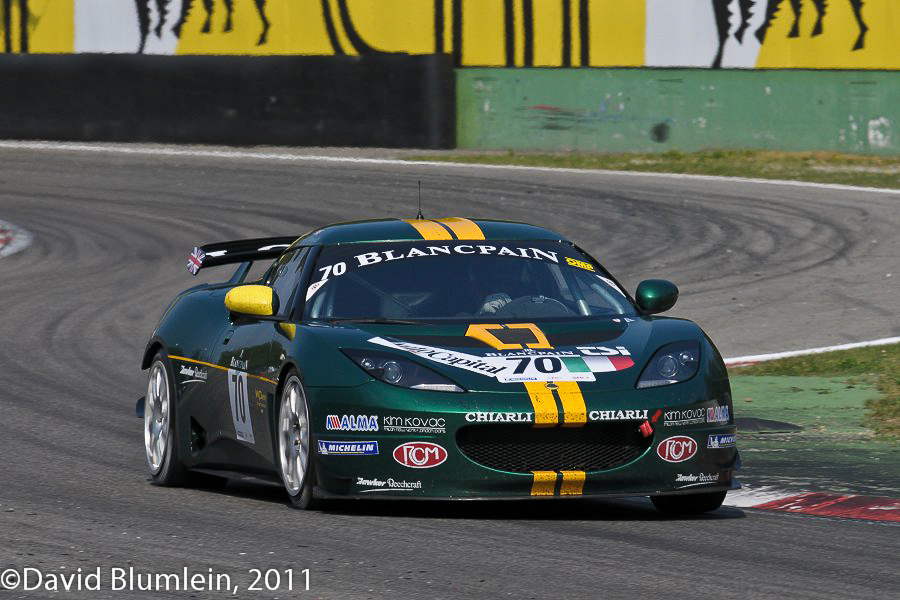 The 3-Hour race was happily free of any major incident and there was no use of the Safety Car. Of the thirty-two starters just seven were unclassified. Here we can see the no. 42 Ferrari abandoned as the French-entered Ferrari 458 Italia enters the Variante Ascari. 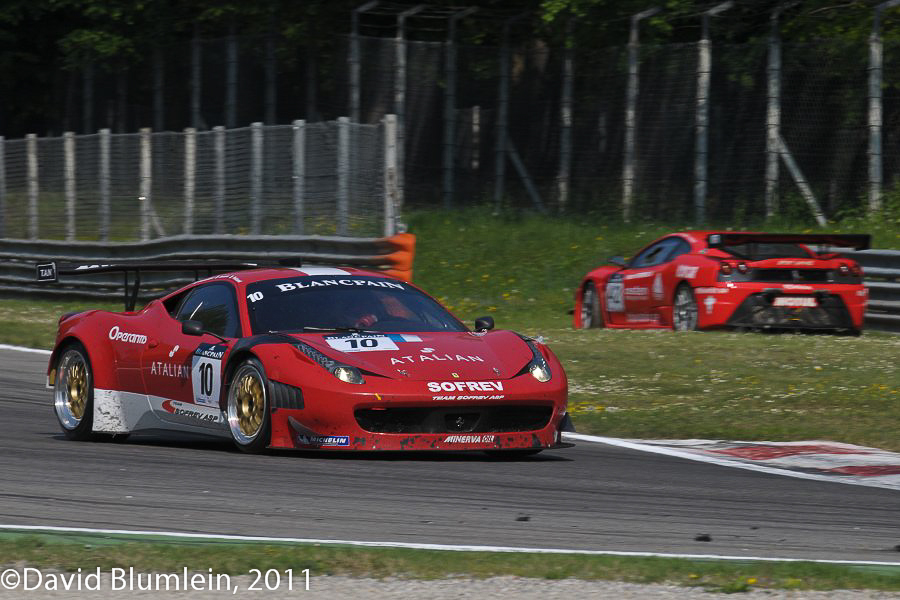 One of the joys of visiting Monza is the sense of history all around. The Sala Tazio Nuvolari, named in honour of Italy’s (the world’s ?) greatest driver, contains an example of a Lancia V4 motor as fitted to the Lambda, one of Italy’s most innovative cars. 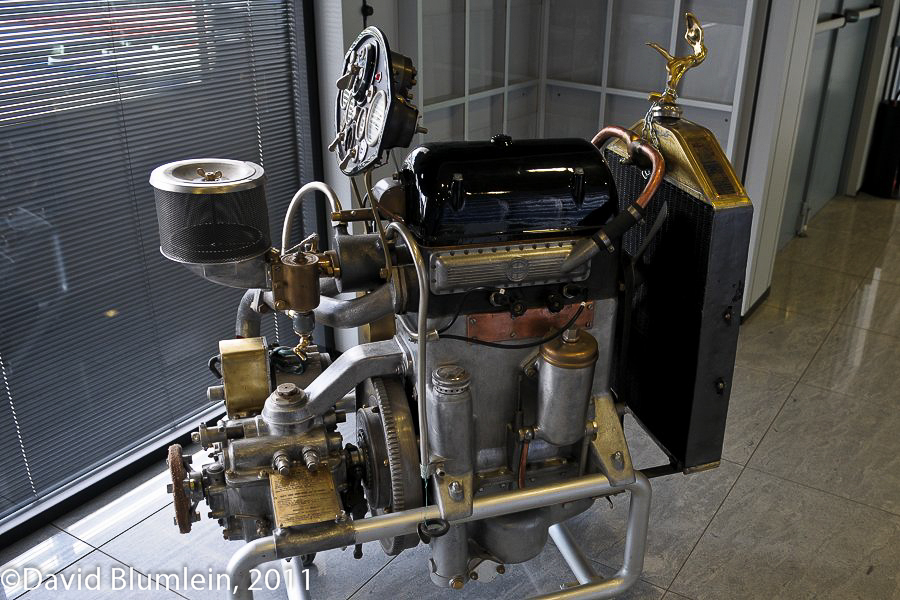 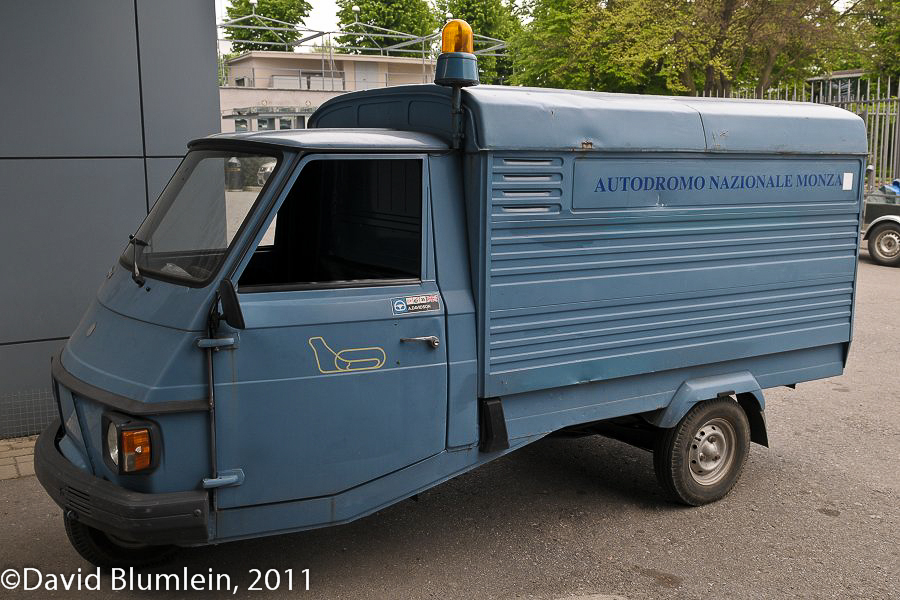 The little Piaggio Ape P3, one of Monza’s workhorses

©2011 Words and Images by David Blumlein.