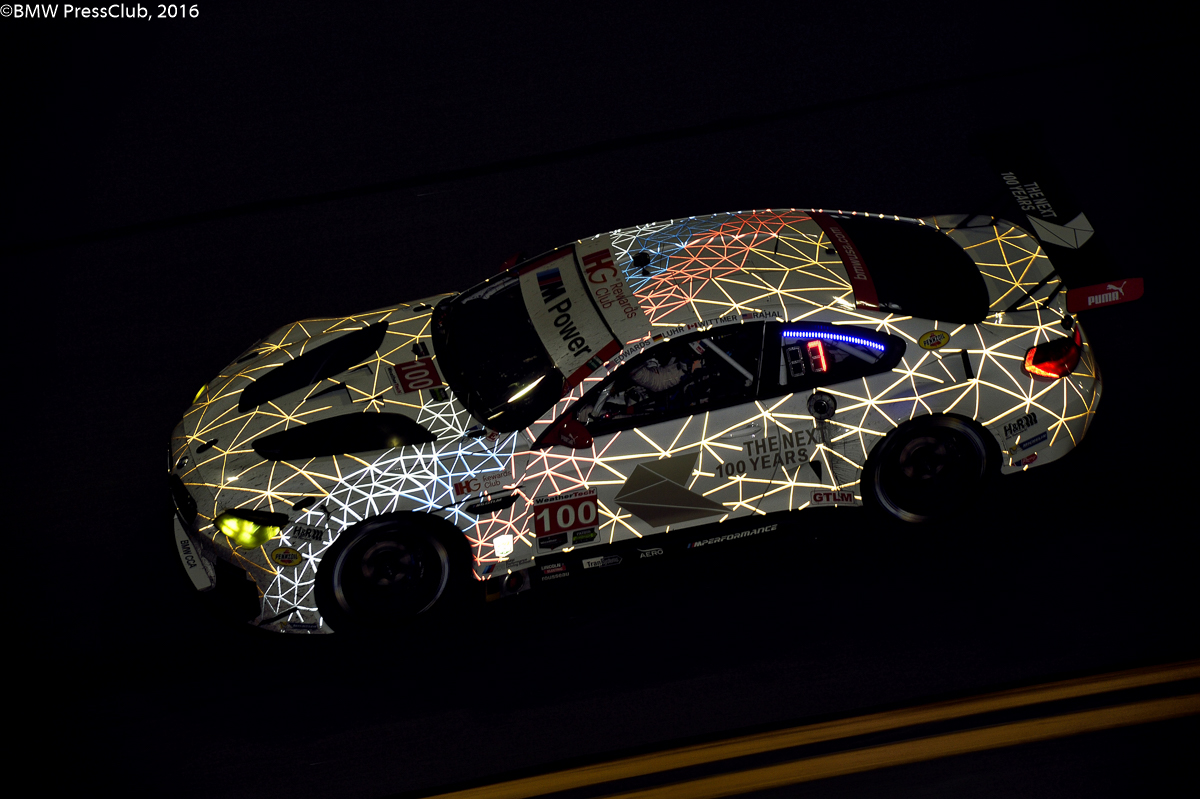 The Rolex 24 is back to its former glory, at least that is the conclusion that any savvy observer would draw from the action on the banking last weekend.

Not all the fireworks were fired into the Floridian sky on Saturday, some were constrained by a Nikon body, like this stunning image created by my old mucker, Dave Lister. Great photography is a combination of talent, hard graft, opportunity and the often-overlooked imaginative client, that alignment of planets was to be found in Volusia County last week. 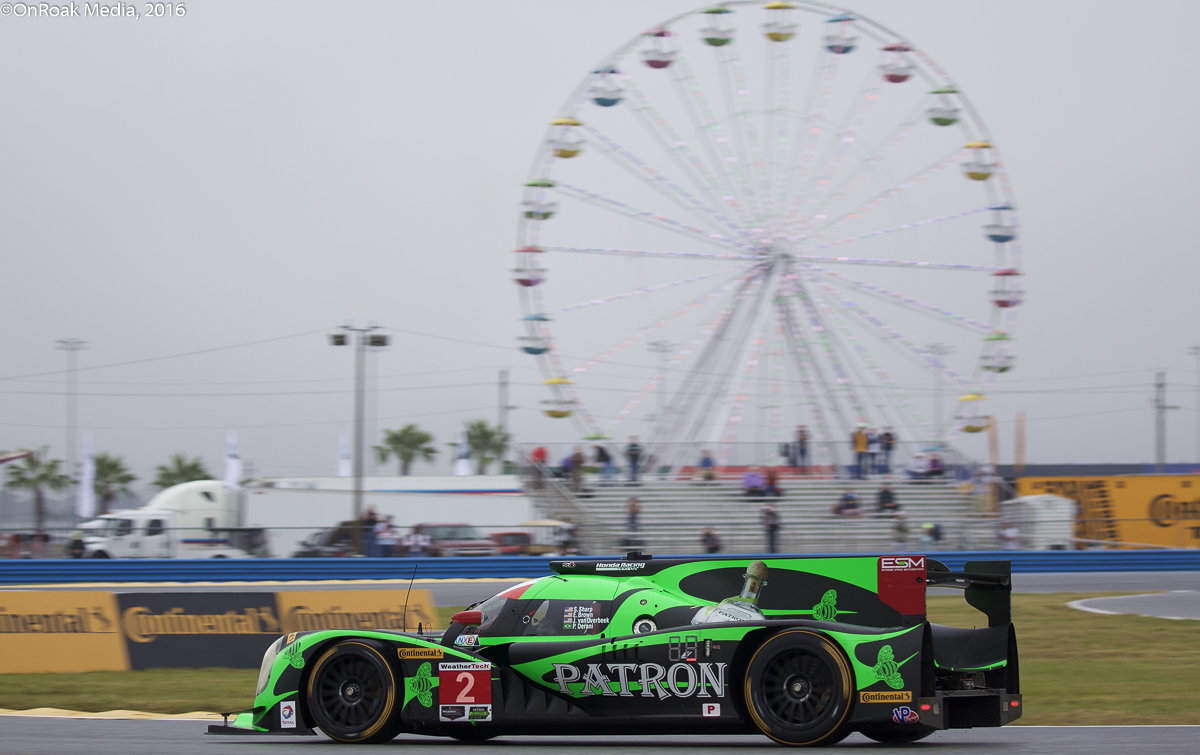 Speaking of stars, Pipo Derani stood out on track and was major factor in the overall victory for ESM, Ligier and LM P2, so bravo!

Another element that brought a smile were the grumbles from the DP clan about Balance of Performance. In fact IMSA should be congratulated in this respect, they achieved a pretty good score throughout the field. 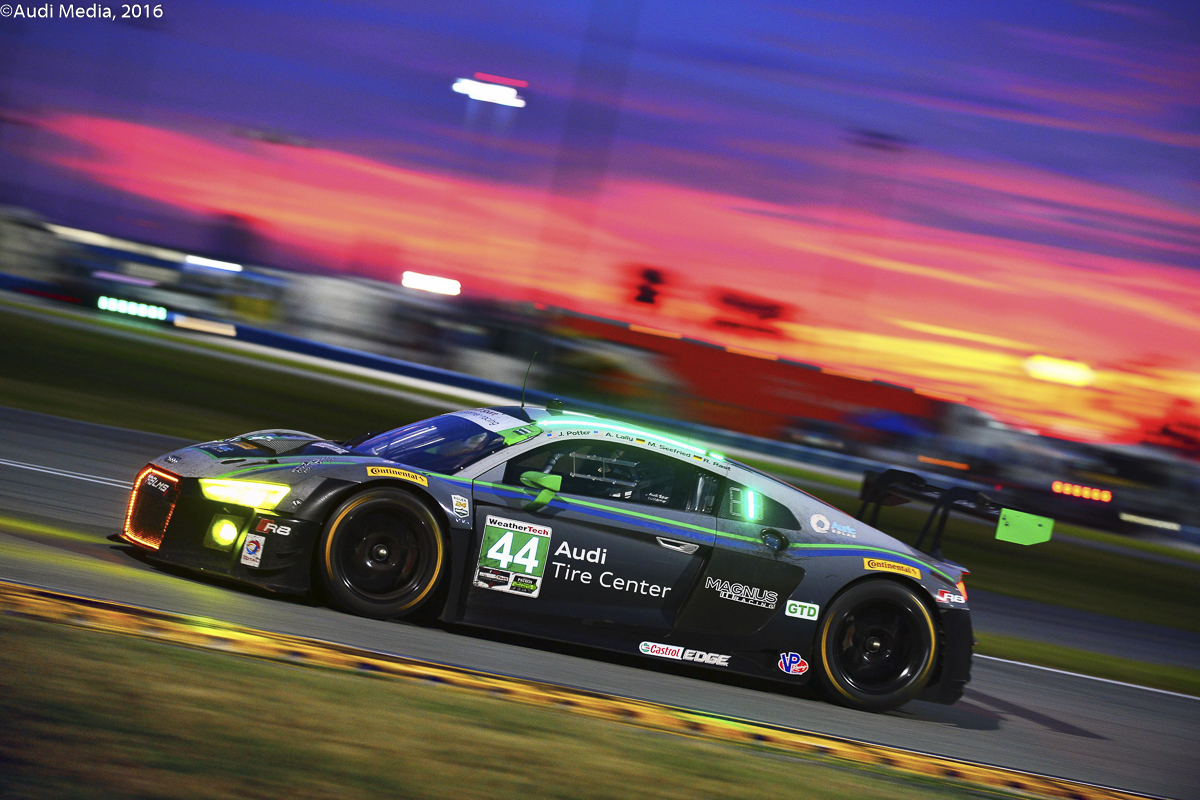 The new GTD class was a great success; close, competitive racing as one former promoter used to declare when two cars finished at the head of the field on the same lap. Victory fell at the last gasp to the Magnus Racing Audi – how odd that sounds. Their photographer caught this colourful shot precisely at the point when the tectonic plates shifted in Florida, missed that on the telly. 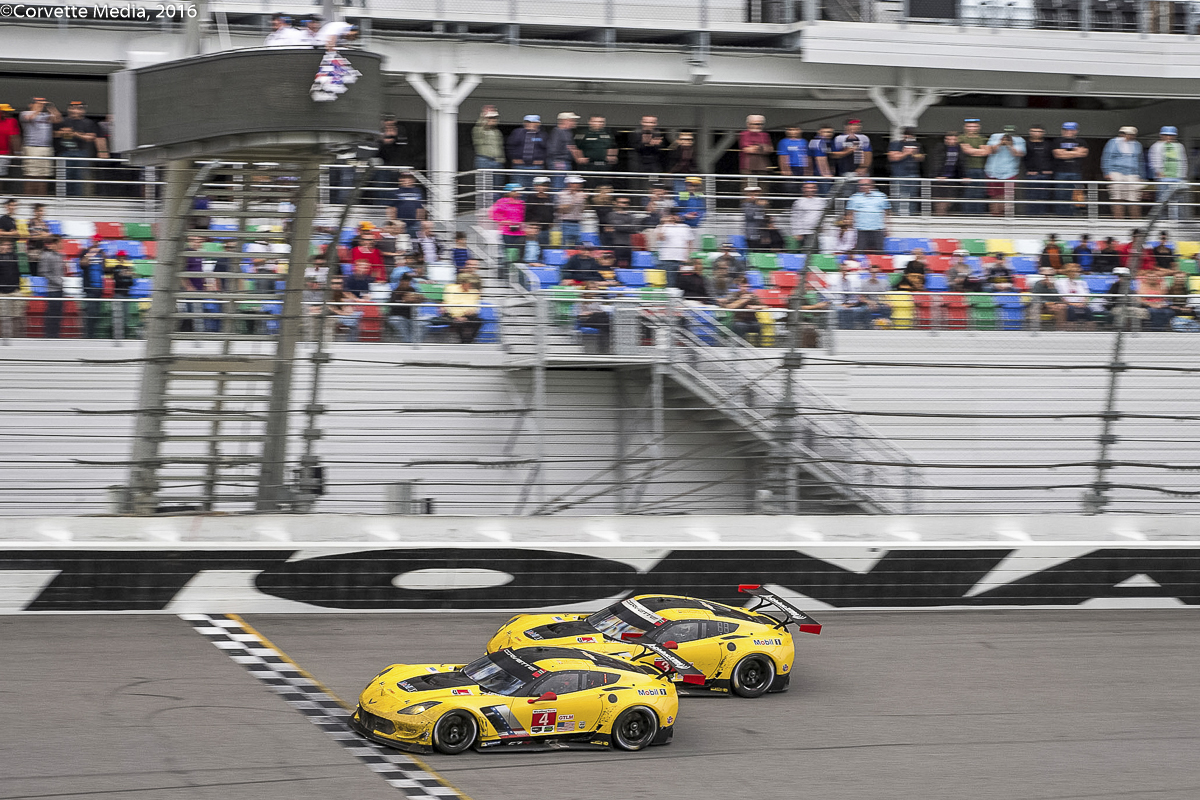 The Jewel in IMSA’s crown is the GTLM grid and the class of 2016 is set to shine brighter than ever. Corvette had the legs of the others, so the win was well deserved. But, and you knew there was a but coming, am I the only one who thought Ollie Gavin deserved some form of sanction for punting Earl Bamber’s Porsche out of the lead?

Rubbin’ is Racin’  I suppose.