One of the highlights of the UK Classic scene is the Lancaster Insurance Classic Motor Show, despite its NEC venue. It is heavily rooted in the fine work of the enthusiasts’ car clubs and not some dealer driven event. There is so much to admire it is almost an overload but fortunately our Special Correspondent was on hand to bring to our attention some of the rare and interesting………….. 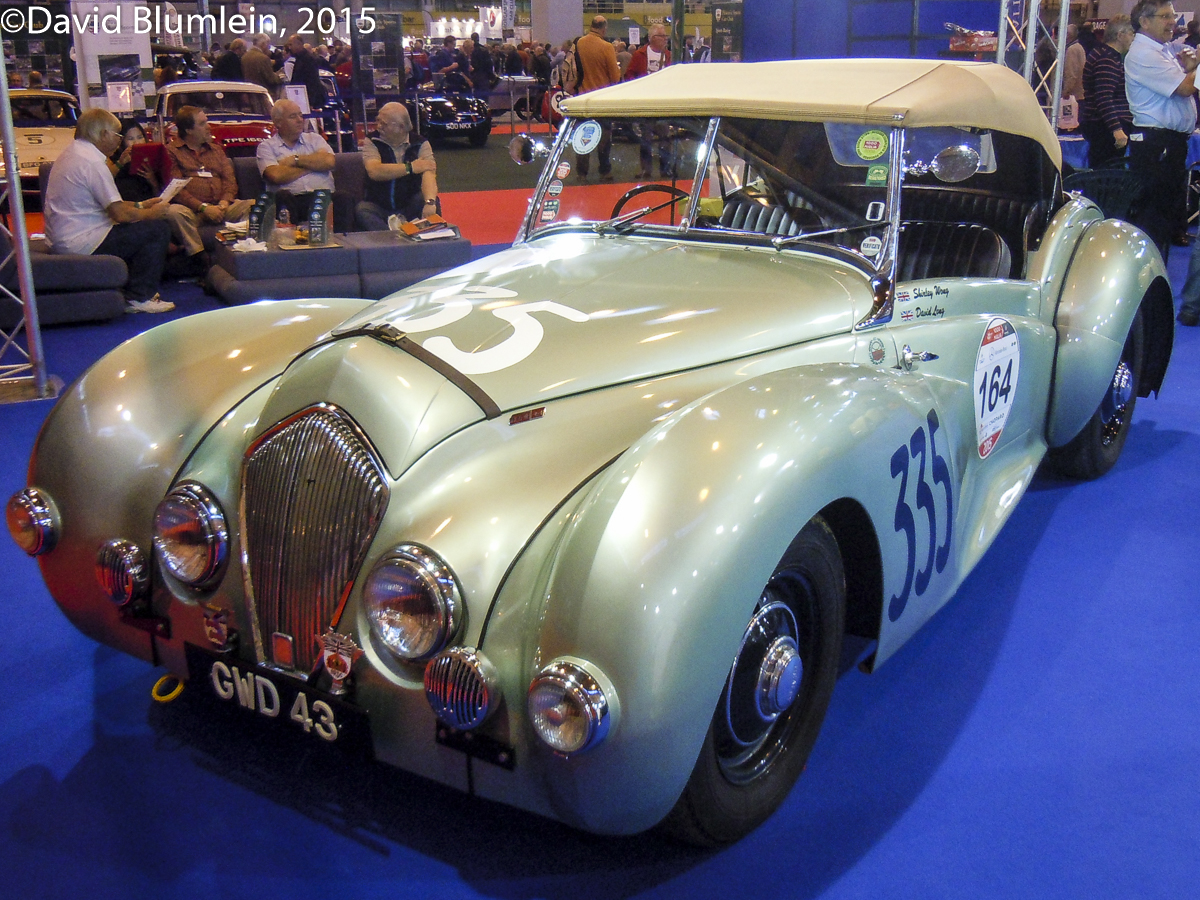 The post-war Healeys, powered by the 2.5-litre Riley engine and manufactured by the Donald Healey Motor Company at the Cape, Warwick, were formidable sporting cars. 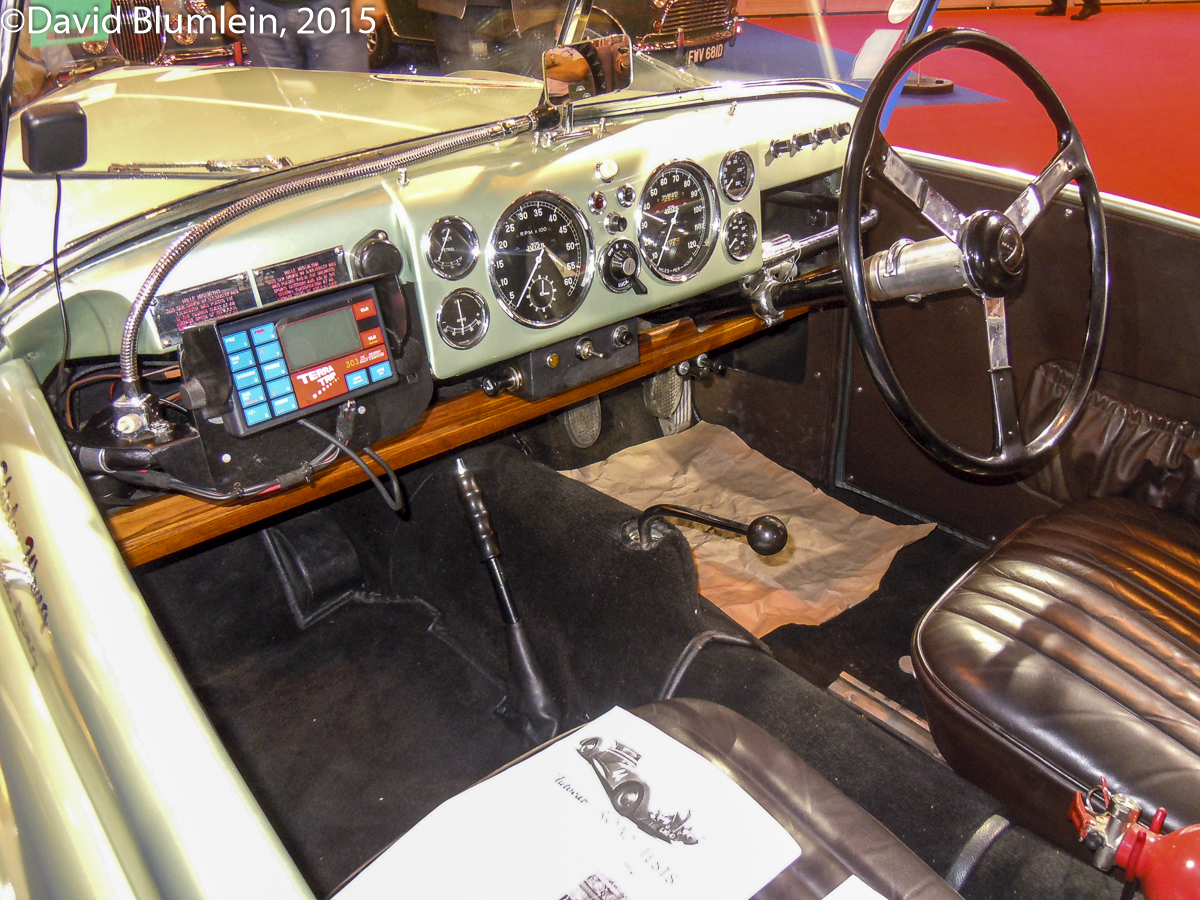 This example was one of two works Westland –bodied cars which ran in the 1949 Mille Miglia. Driven by Geoffrey Healey and Tommy Wisdom, it won the over 2,500 c.c. Touring class, beating a works Alfa Romeo 6C 2500 Freccia d’Oro (Venturi/Sanesi) and a works Bristol 400 ( H.J.Aldington/Count Lurani). 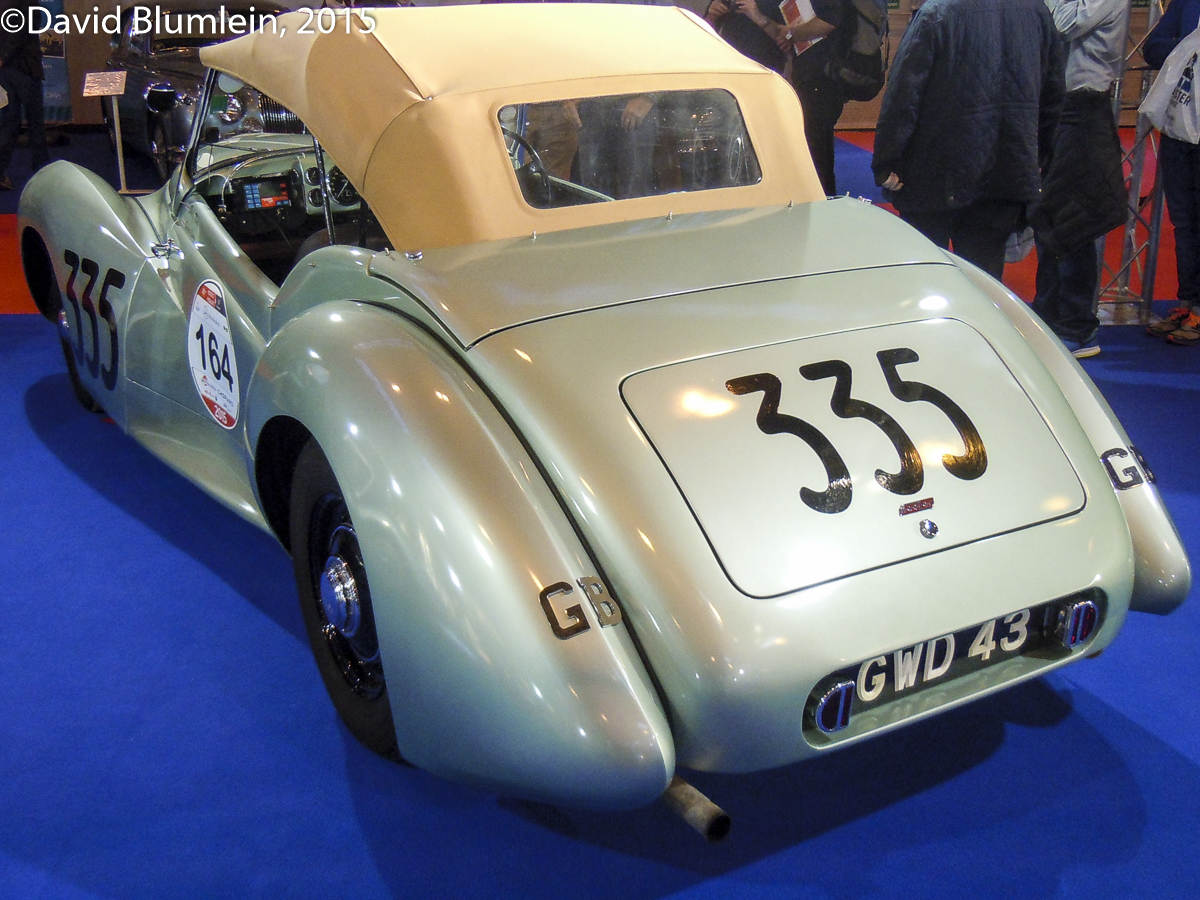 The other Healey came 4th in class driven by Donald Healey and Geoffrey Price, who was the Service Manager at the factory. 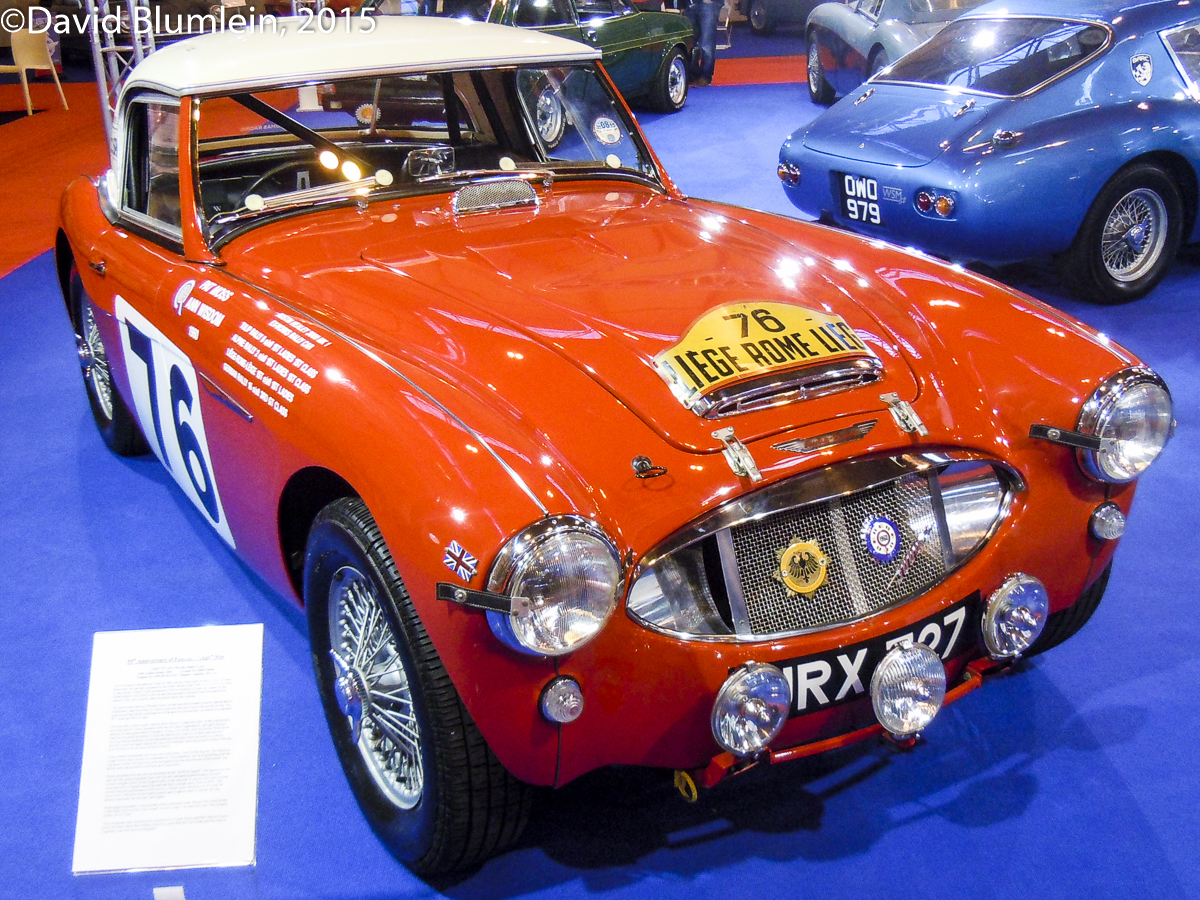 Healeys grew into Austin-Healeys and the big 6-cylinder car became a tough competitor in the international rallies. This was Pat Moss’s pet car and she used it in 1960 to win with Ann Wisdom the notorious Liège-Rome-Liège rally, a 96-hour non-stop marathon. 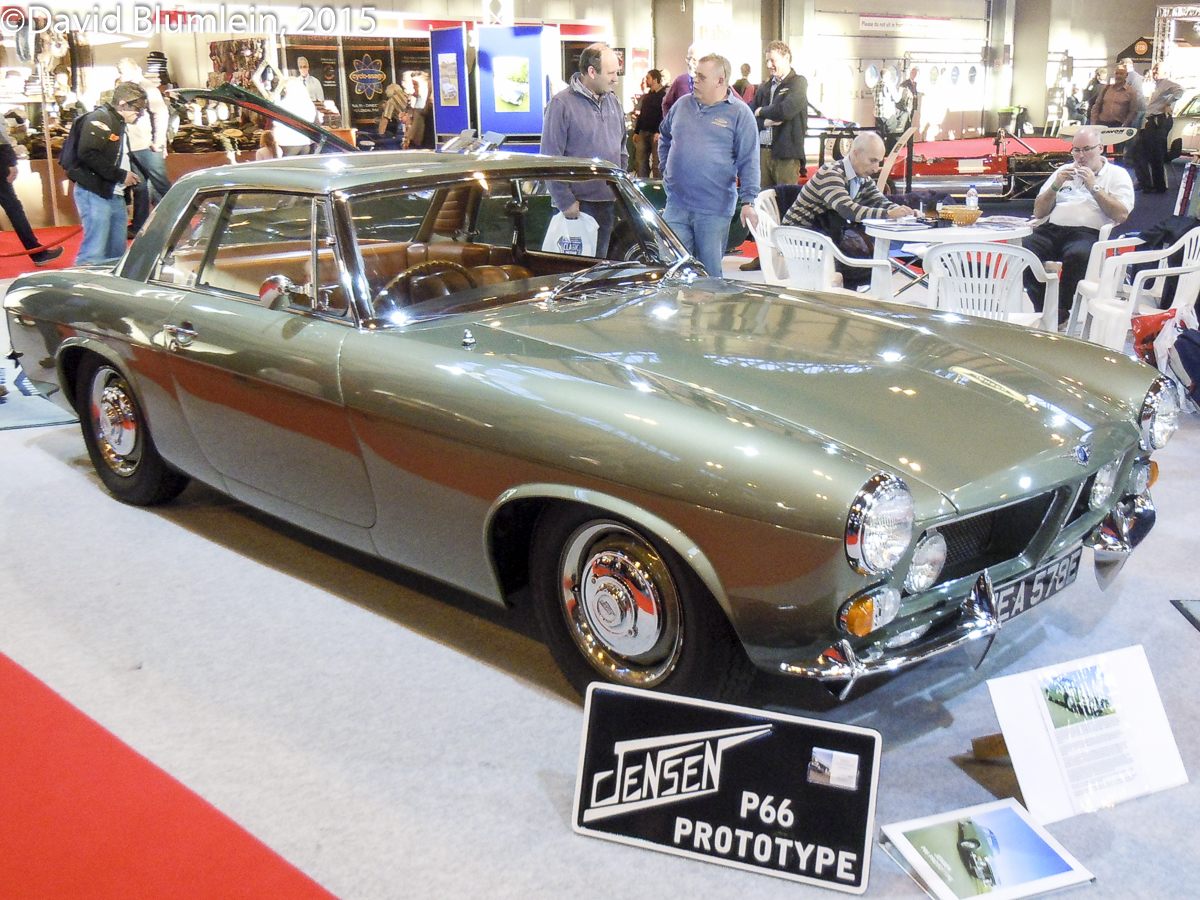 This is one of two prototypes, the other a convertible, the last Jensens to be designed by Eric Neale. They were both powered by the Chrysler 383 V8 engine and this car was built in the winter of 1965/66. The design never reached production because, at the time, Jensen was in the process of being taken over by the “Norcross Group” and their own designer, Kevin Beattie, chose to have Jensen’s next car designed in Italy…..the well-known Interceptor. 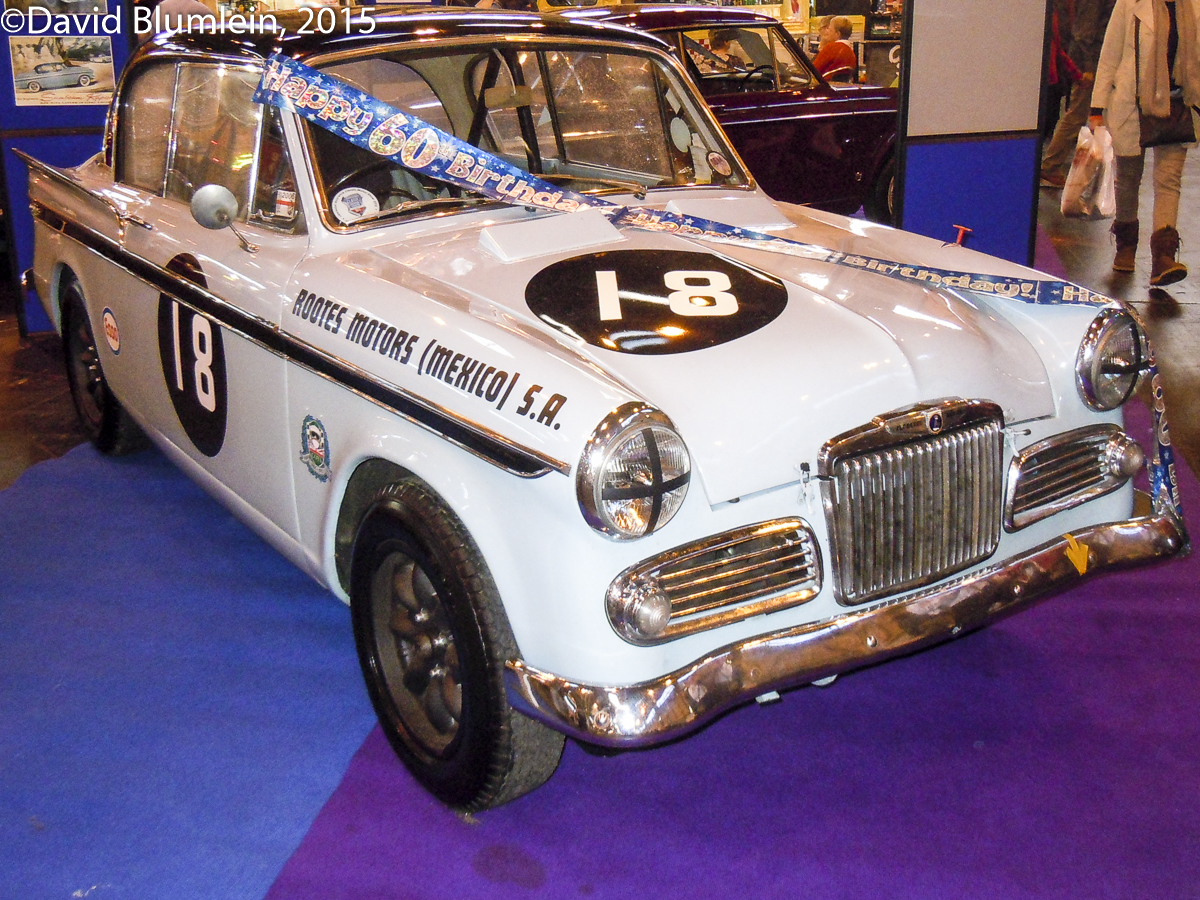 Sunbeam Rapiers were very active in competitions and Rootes had agencies all over the globe. The Rodriguez brothers, Ricardo and Pedro, drove two of these cars to a dominant 1-2 in the 1600 class in the 1961 Carrera Cuidad de Mexico. 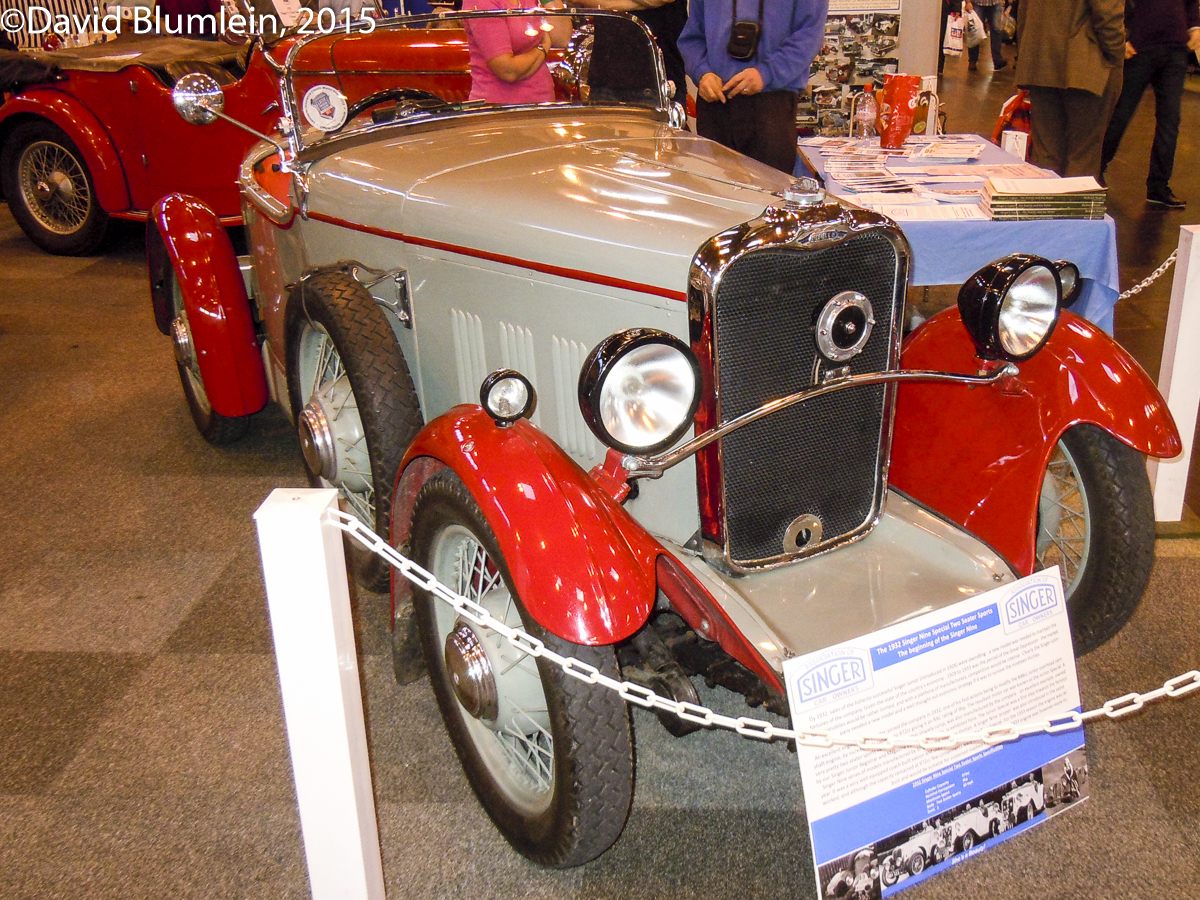 By 1932 sales of the hitherto successful Singer Junior (introduced in 1926) were dwindling and the company needed a new model. An excellent engineer, Leo Shorter, joined in 1932 and soon increased the capacity of the Junior’s overhead camshaft engine from 848 c.c. to 972 c.c. giving it an RAC rating of 9h.p. This car was the Junior Special and it heralded the famous Singer Nine series. 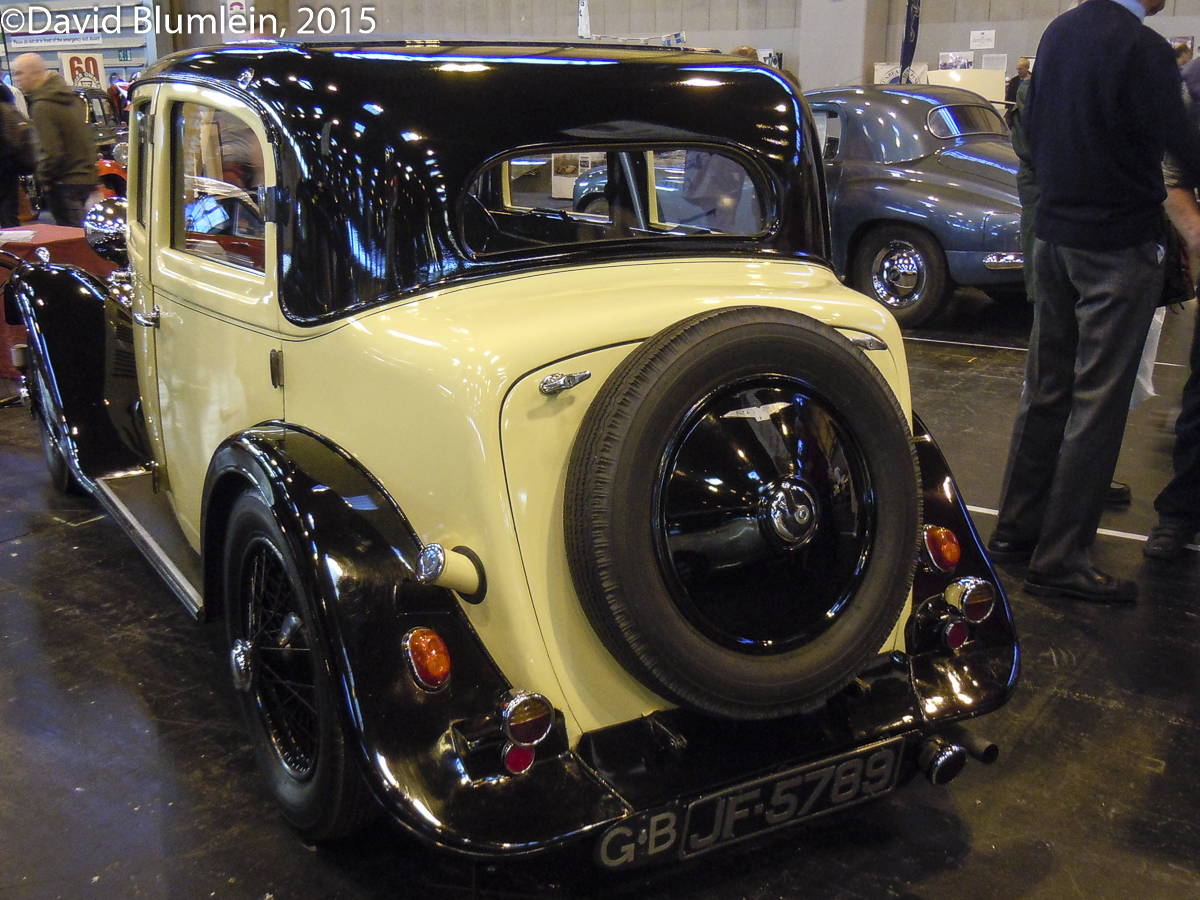 This 1934 Rover Twelve Sports Saloon with a 4-cylinder 1496 c.c. ohv engine was supplied by the Leicester Rover agents to Sydney Clutterbuck. 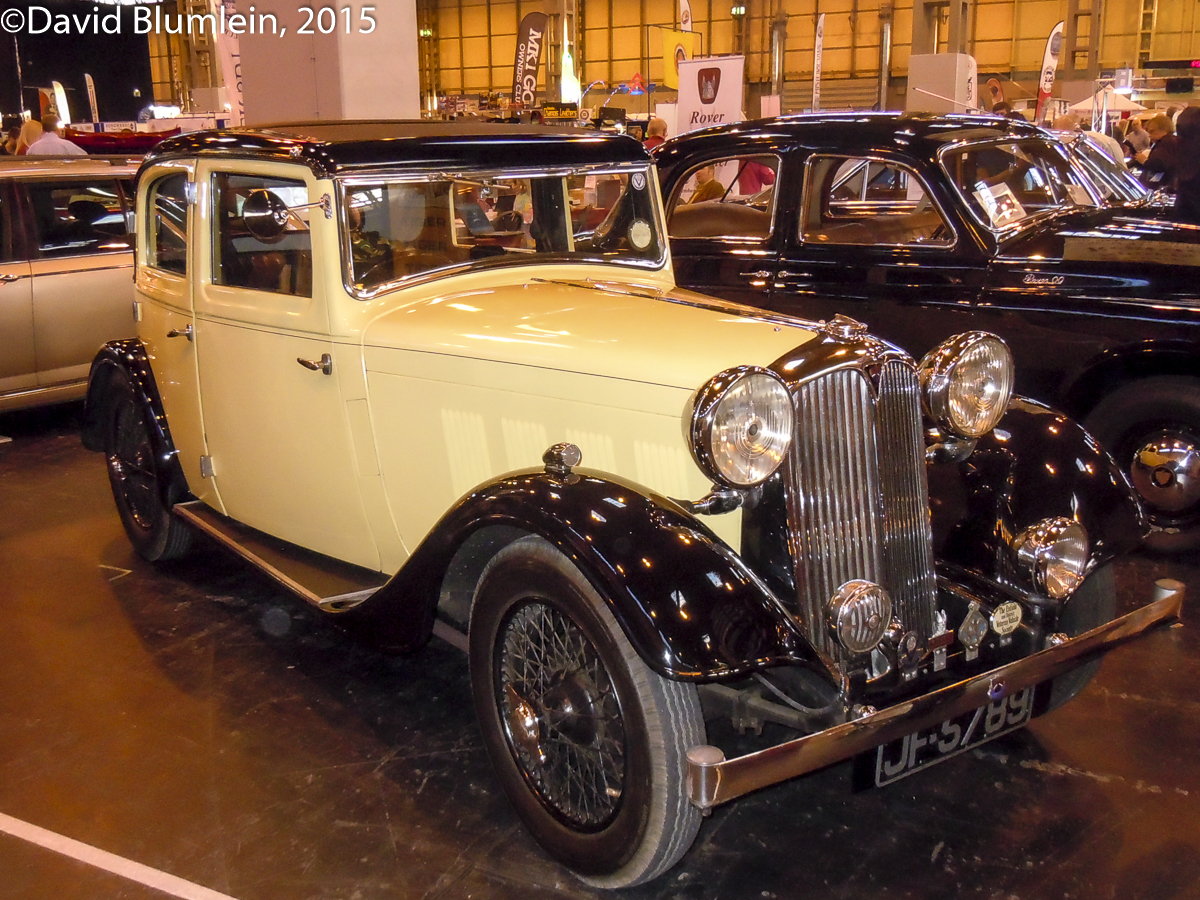 Being a keen rally driver, he entered the car for the RAC Rally in March and it was specially prepared with non-standard items such as knock-off wheels, larger headlamps etc. Despite wintry conditions, it successfully completed the rally at Bournemouth. 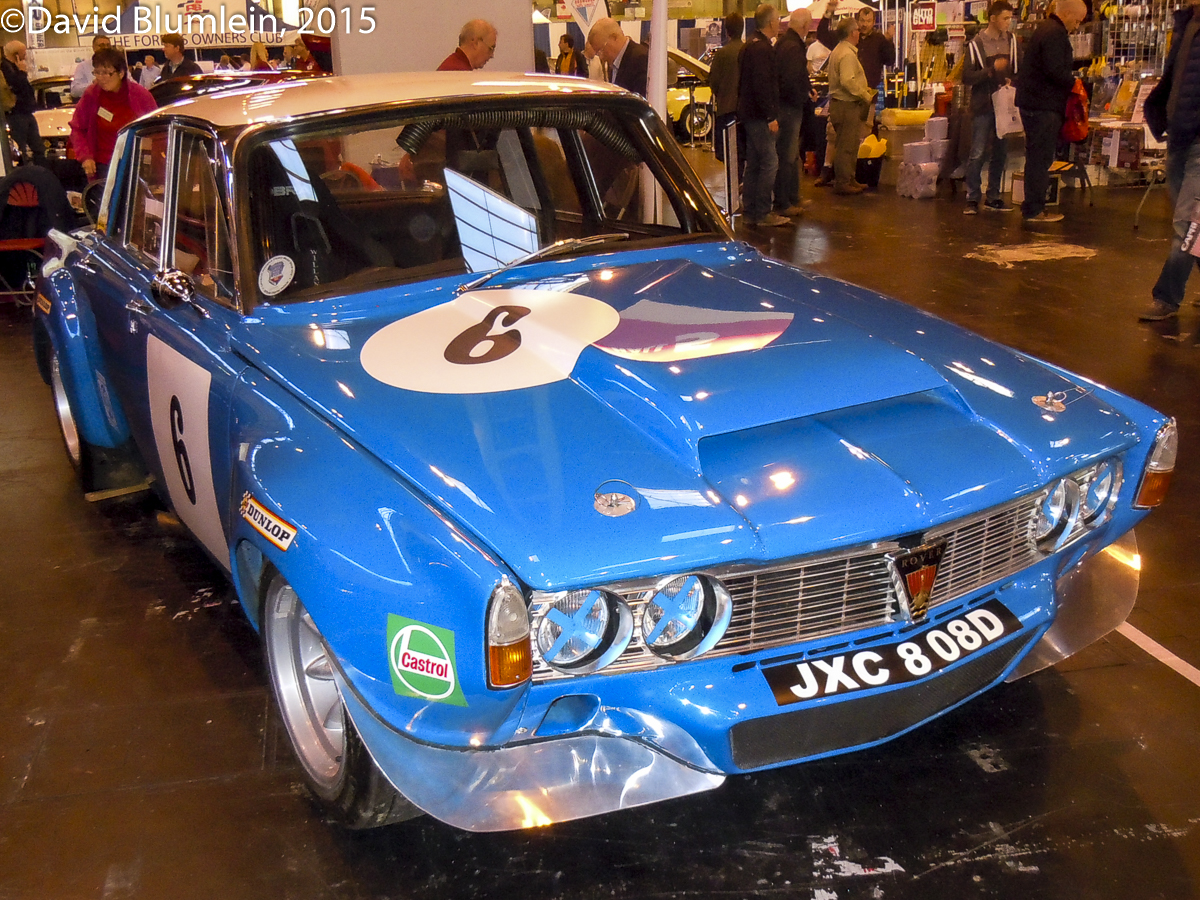 Originally a 4-cylinder P6 Engineering Development car, it was heavily modified for racing and was fitted with a 4.3 Traco-Oldsmobile V8. From April 1970 it competed in eight races driven by Roy Pierpoint, winning at Castle Combe and at the Silverstone 100-mile Saloon race.
TAILPIECE 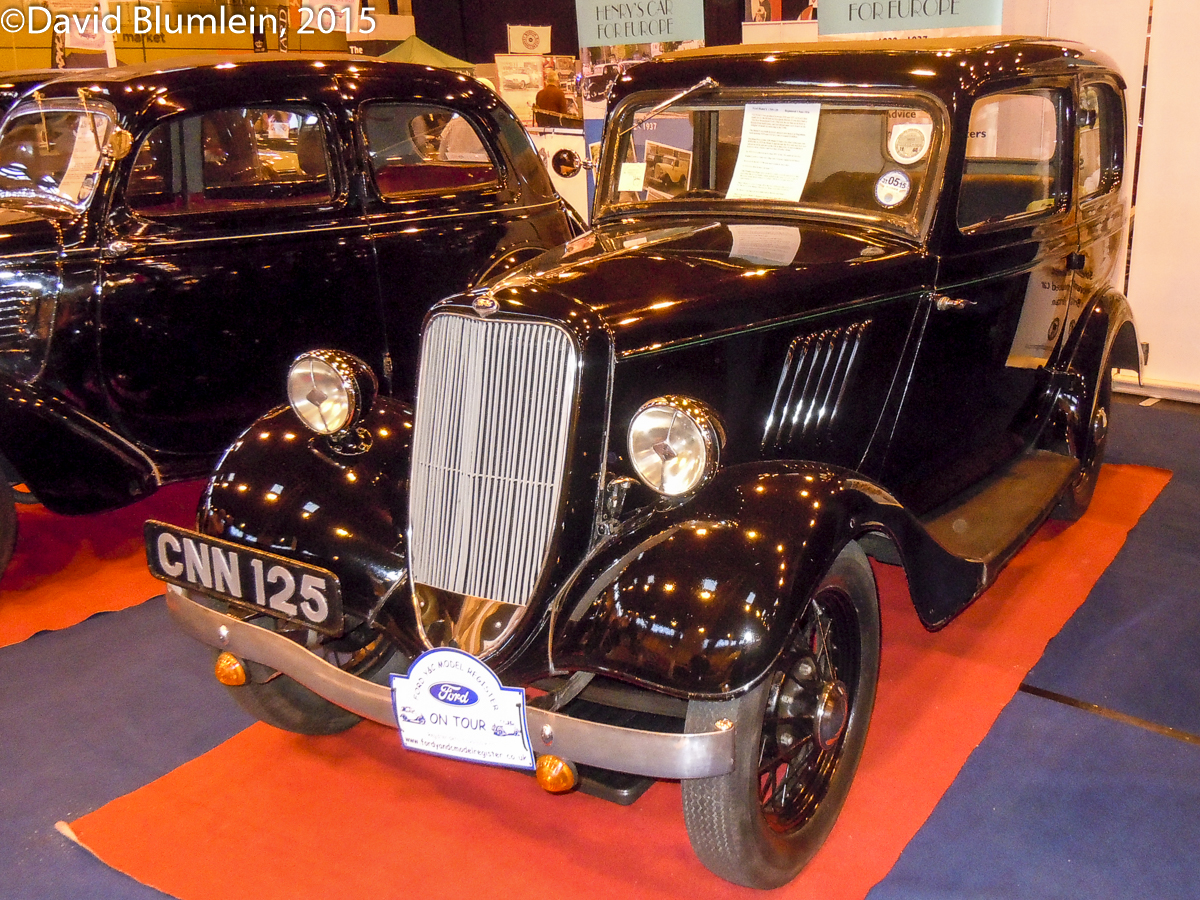 The first car from Dagenham, the Ford Y-type which sold as the £100 Popular.