News reaches me of the passing of sometime sportscar racer and entrant, Charles Zwolsman.

Zwolsman, was found dead in a Dutch prison cell, serving a three year sentence, the result of his long career as a drug smuggler. He was perhaps best known in the sport for his 1992 Sportscar World Championship campaign. 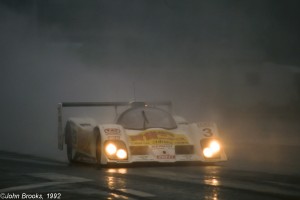 His team, Euro Racing, ran two Lola T92/10 Judds without much success that year. Persistent transmission issues meant that Zwolsman saw the Chequered Flag only once during the season. That was at Le Mans, when during the race he switched over from #3 to #4, replacing Hideshi Matsuda.

The Lola, a Graham Humphreys’ design,  showed much promise but development was stalled by a lack of budget. This was especially apparent when compared with the seemingly limitless funds available to Peugeot and Toyota. 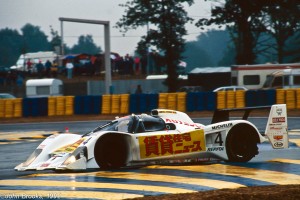 Zwolsman is also credited by insiders for being the catalyst that rescued the career of Heinz Harald Frentzen. Frentzen was a late addition to the squad at Le Mans, having considered retirement after being dropped by the Mercedes Young Drivers programme. He took advantage of this opportunity to record the fastest lap during the Warm Up and and then proceeded to post some amazing times during the very wet race. Remember that the Group C cars at that time were running the same 3.5 litre V10 engines as Formula One. The German’s performance at La Sarthe led to a string of offers to drive in Japan and eventually to his Grand Prix seat.

In the past few years Zwolsman managed the career of his son, Charles Jnr.,  who raced F3, Champ car and the 2009 Le Mans Series in the Kolles Audi R10 TDI.