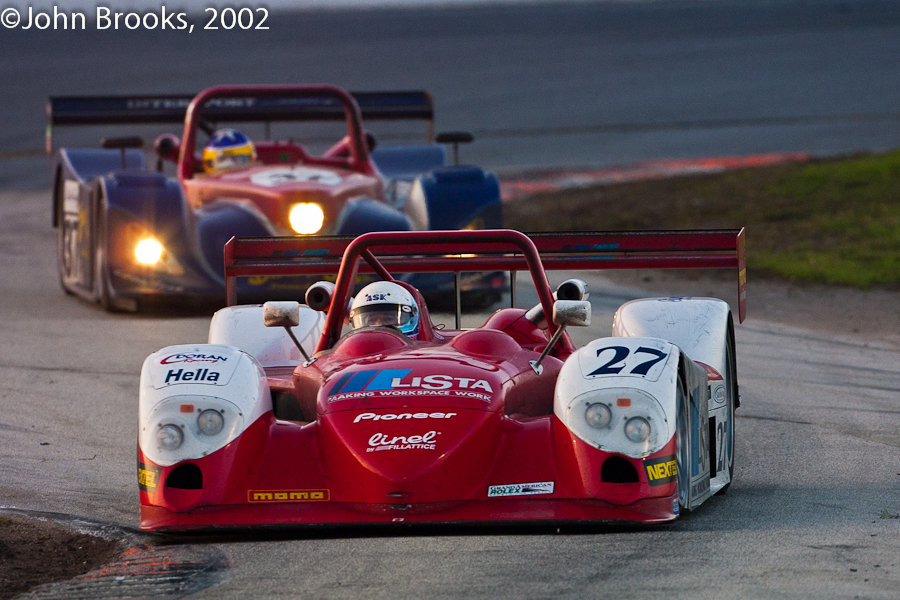 Mauro Baldi powers the Dallara SP1-Judd through the Turn Three Chicane on his way to the top step at the 2002 Rolex 24. The win was very popular, as once again persistence was rewarded, with long time entrant Freddy Leinhard and co-drivers Didier Theys and Max Papis sharing the spoils. The 2002 edition of the Rolex 24 was the last time that the Florida Classic was run to rules that allowed in non- Grand Am competitors able to aim at outright victory. Since then only Daytona Prototypes have been eligible to run in the top class, though Kevin Buckler made a mockery of this in 2003, winning with a GT3 Porsche.

Aside from the dreadful aesthetics and antediluvian technology involved, the Proto-Turtles, as they are affectionately known, may make some form of commercial sense, particularly with a helpful bank like Sun Trust on board. Undoubtedly the Rolex 24 is much less important these days in an international context despite the stellar line up of drivers regularly lured to the Speedway in late January. This is a pity as the race is a genuine classic and has a great heritage that will be on display this week in the paddock. However even the biggest Grand Am fan will be hard pressed to favourably compare a Riley Mk XI with Jaguar XJR-9 or a Porsche 962, let alone a Ferrari 333SP.

Another issue is that the difference in the rule books with the rest of the world has created a schism in North American Endurance racing, neither Grand Am nor ALMS can afford this dilution of resource but quite how it can be resolved is not clear. I suppose that the question is who benefits from this situation?

Without doubt the racing will be close and competitive this coming week and maybe that will be enough for the fans who show up, but there is the feeling in the old guard like myself that it could, and should, be better. The 24 Hour race at Daytona International Speedway deserves that, no doubt.