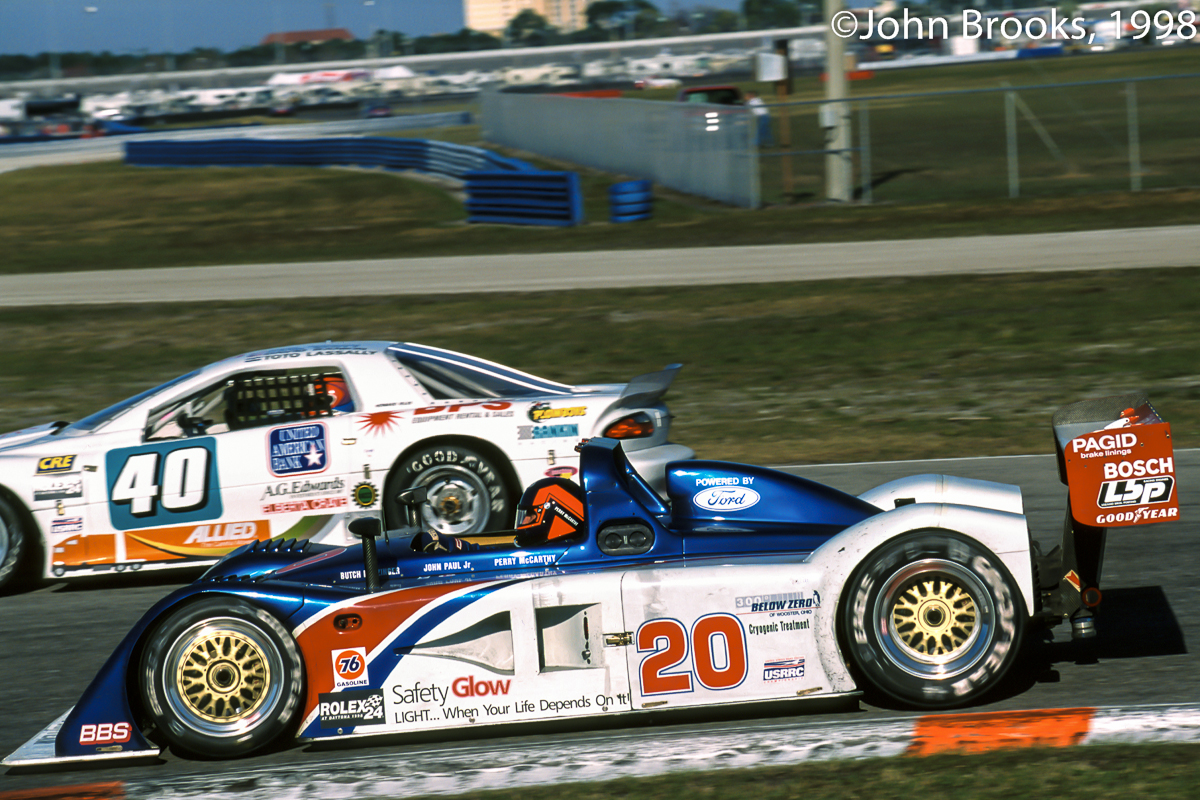 1998 Rolex 24 saw the original Stig, Perry McCarthy, as part of the line up for Dyson Racing. As usual the Daytona International Speedway was not kind to guys from Poughkeepsie with both of their Riley & Scott MK111 prototypes going out late in the race. For #20 it was especially cruel, they were cruising towards Victory Lane, with a handy lead over the Momo 333SP, then the Racing Gods decided otherwise…………..