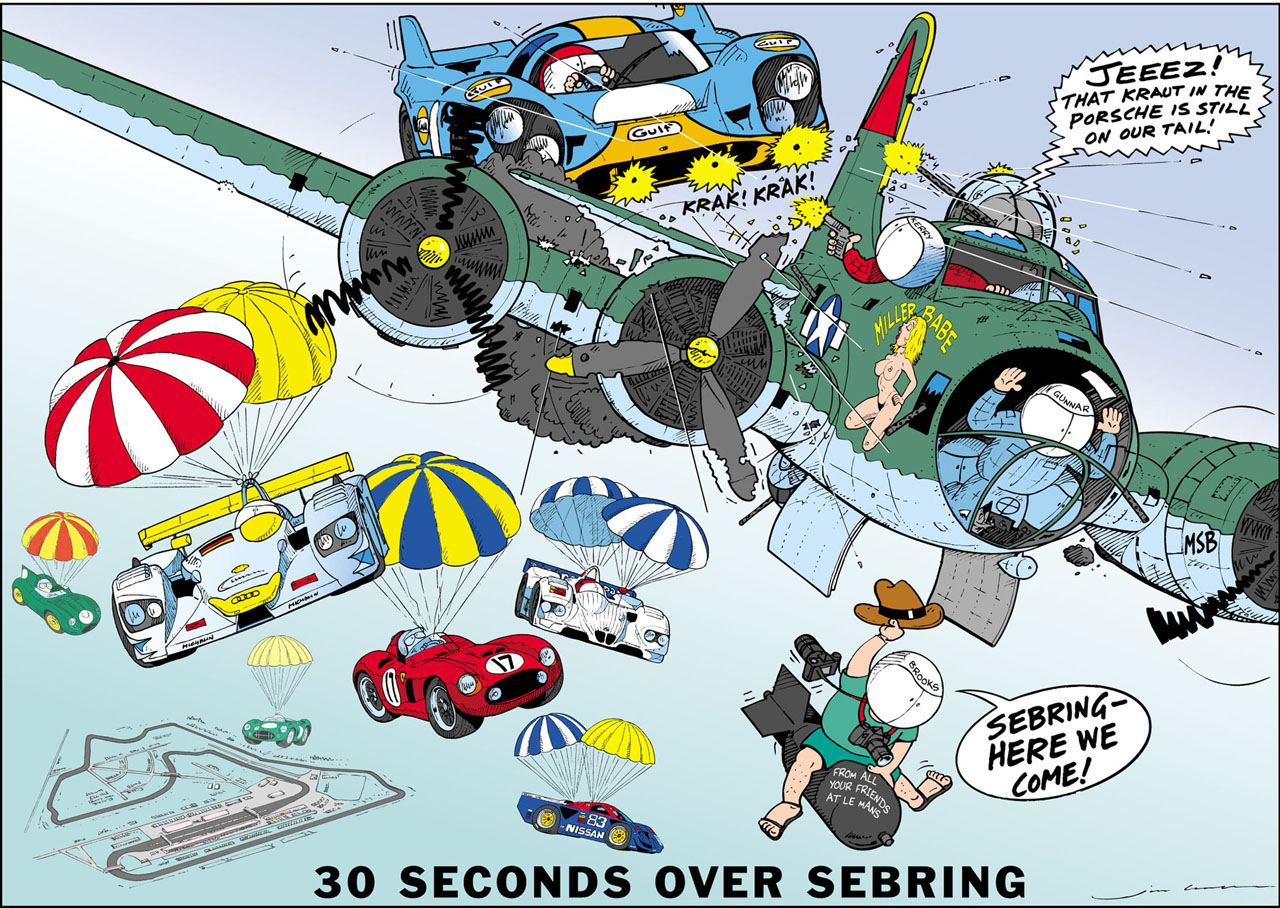 I recently exchanged emails with the great Jim Bamber, who tells me that he has been under the weather recently. Very unfortunate as he is in a class of his own when it comes to illustrating motorsport and its shortcomings and absurdities. I have been lucky enough to feature in a small way in one or more Jim’s Toons. Here I am riding the bomb bound for Sebring in a reprise of the classic Major T.J. “King” Kong role, of course Morse gets to be the hero pilot. Ah well, Hollywood looks after its own.