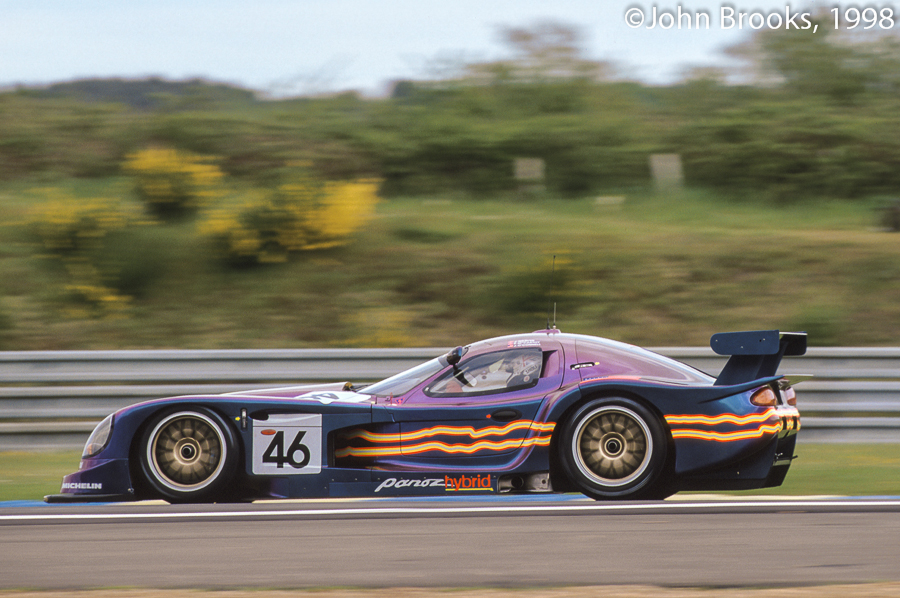 Back in 1998, Don Panoz was persuaded that one way of improving the performance of the GTR-1 was to create a hybrid version, known as the Q9. Well that idea foundered on the available technology, too bulky and too heavy for any advantage to accrue. Try as he might James Weaver could not qualify the sleek coupé at Le Mans. It did race, and finish, later in the year at the inaugural Petit Le Mans. Of course from 2014 hybrids will be all the rage…………being a pioneer has its drawbacks.