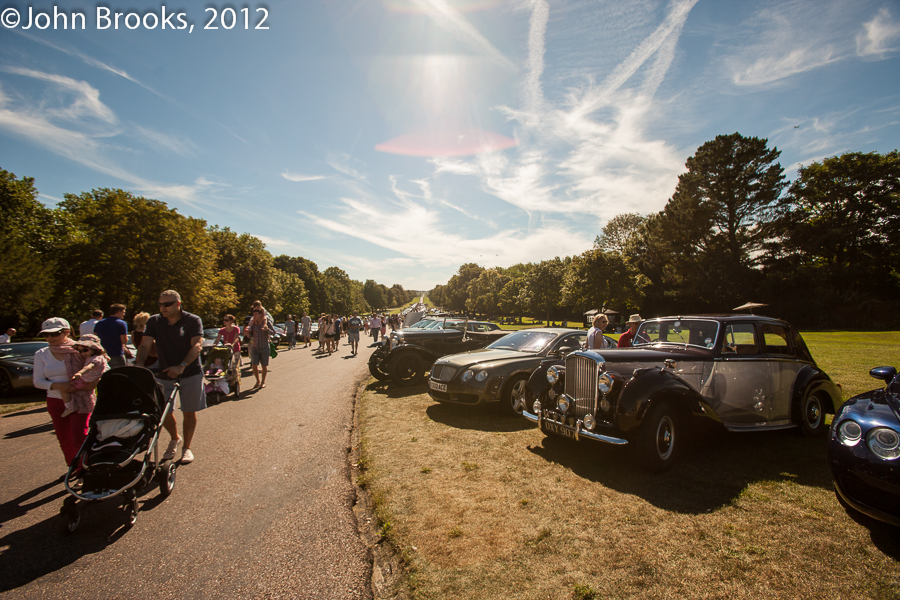 On the first public day of the Windsor Concours of Elegance the scale of the event was extended by the presence of several car clubs bringing a fantastic selection of their members’ vehicles. 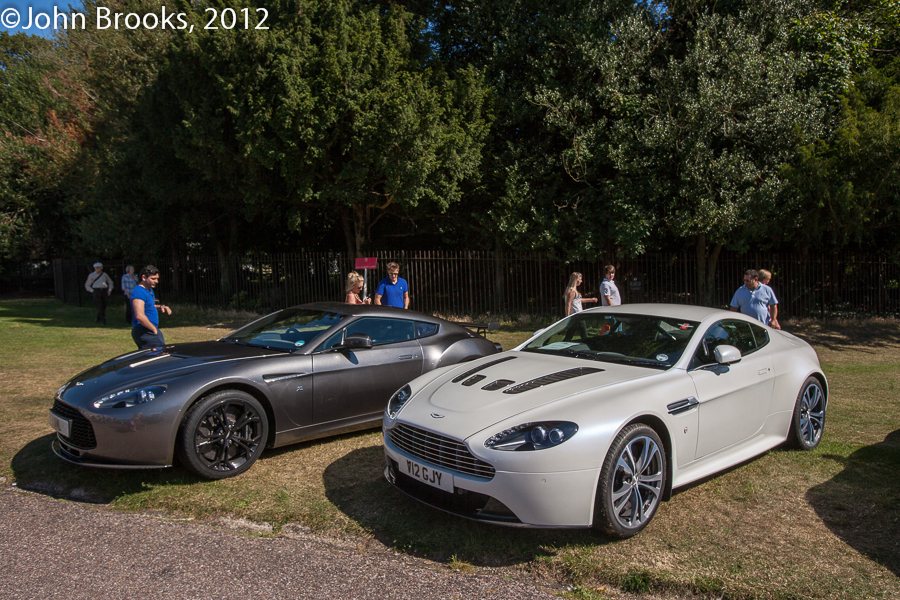 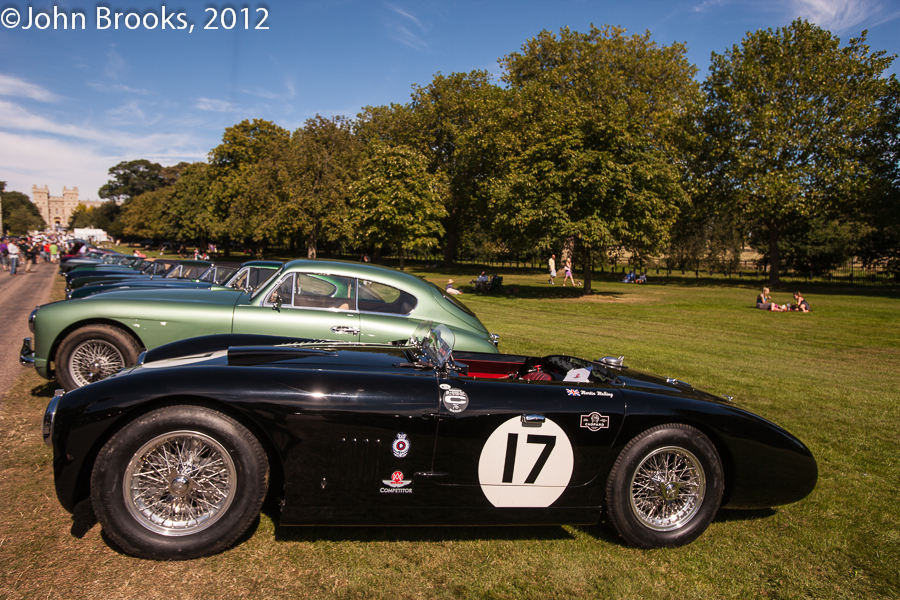 The AMOC had come up with an appropriate salute to Her Majesty on her Diamond Jubilee, an example of the marque from each of the 60 years. Leading the way was the 1952 Aston Martin DB3, chassis 5, that raced that year at Monaco, Le Mans, Sebring, the Mille Miglia and Goodwood. This actual car actually triumphed in the Goodwood Nine Hours that year driven by Peter Collins and Pat Griffith. 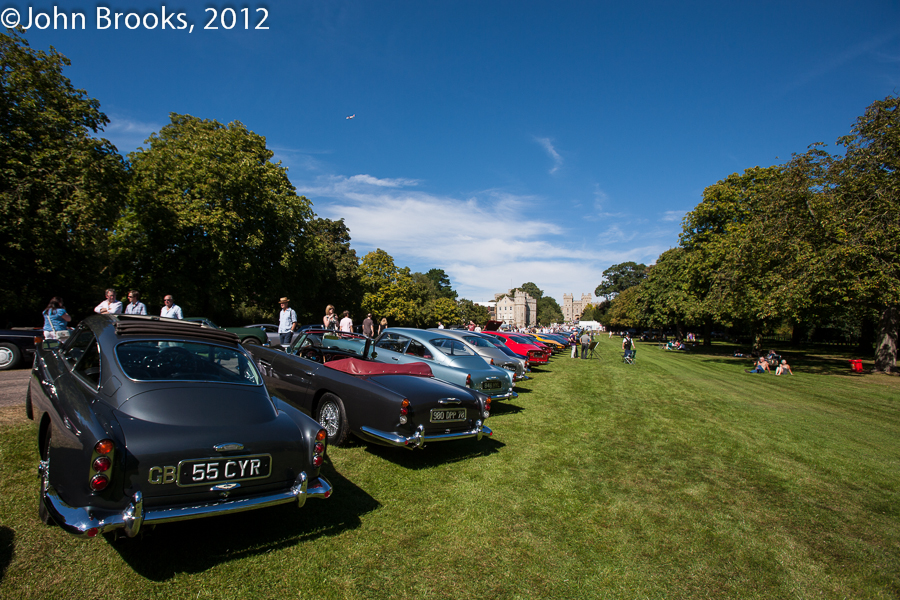 The rich heritage of Aston Martin was fully illustrated under the blue Berkshire skies, in the shadow of Windsor Castle. 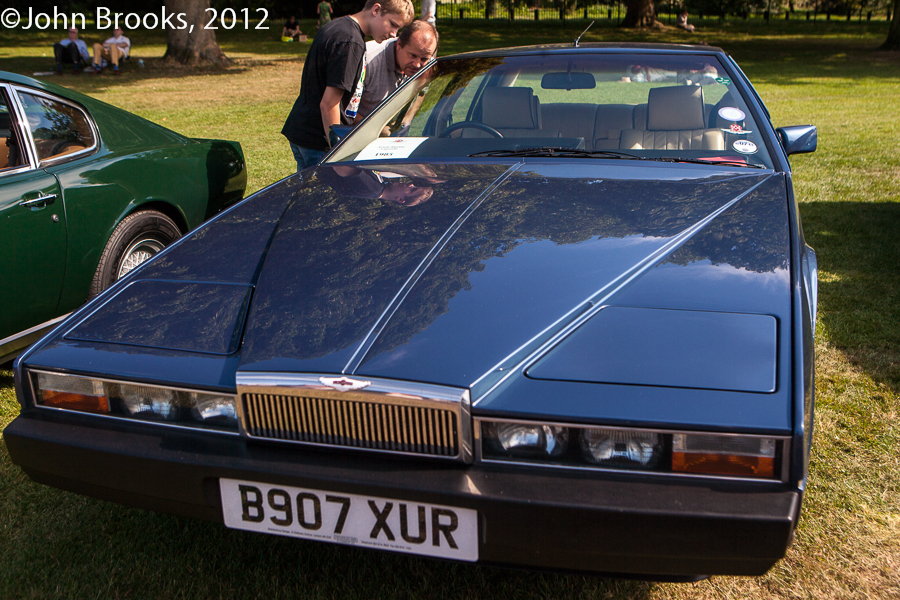 From 1985, the Aston Martin Lagonda, certainly marching to a different drum stylistically. This very expensive saloon was the first production car in the world to use digital instrumentation and computer management, but the whole affair was prone to terrible reliability problems. 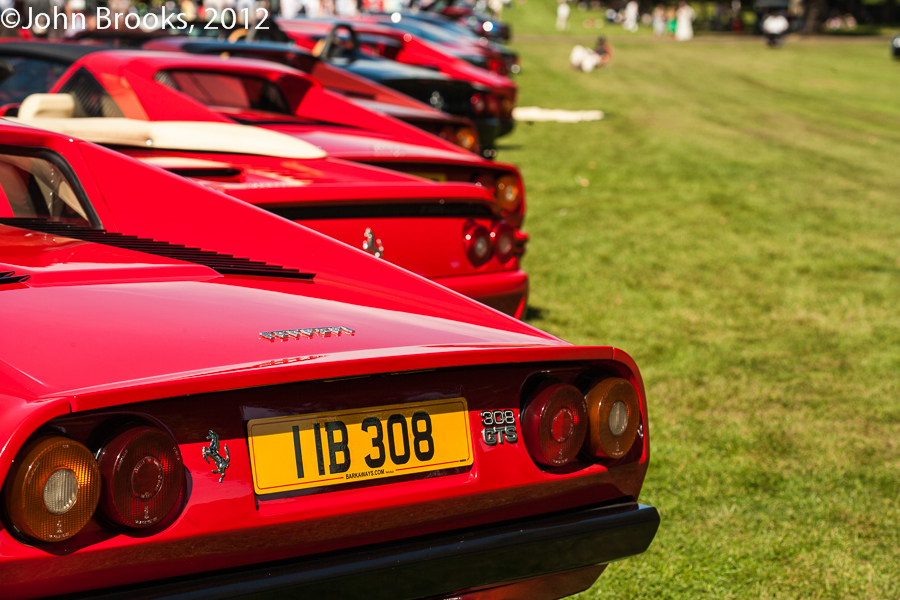 The exhibition was not solely a British affair with Ferrari showing a fabulous display of their supercars that have been produced during Queen’s reign. 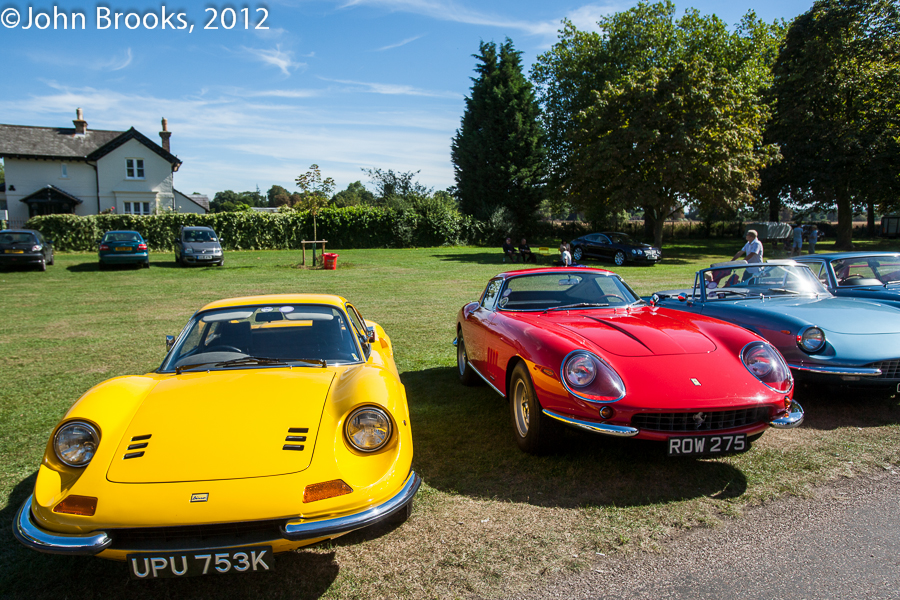 Completely different answers to the same question, a Ferrari Dino 246 GT and Ferrari 275 GTB/4. Both from the 60’s and illustrating performance and style, both utterly desirable. 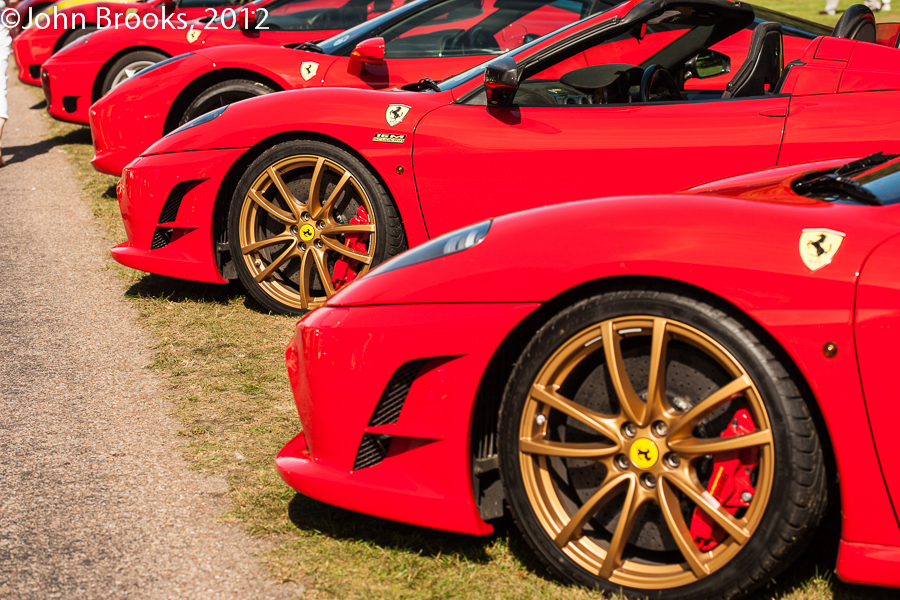 Just look at the wheels, how they match the Ferrari red, takes one back to the 512S, one of the stars of Steve McQueen’s film Le Mans. 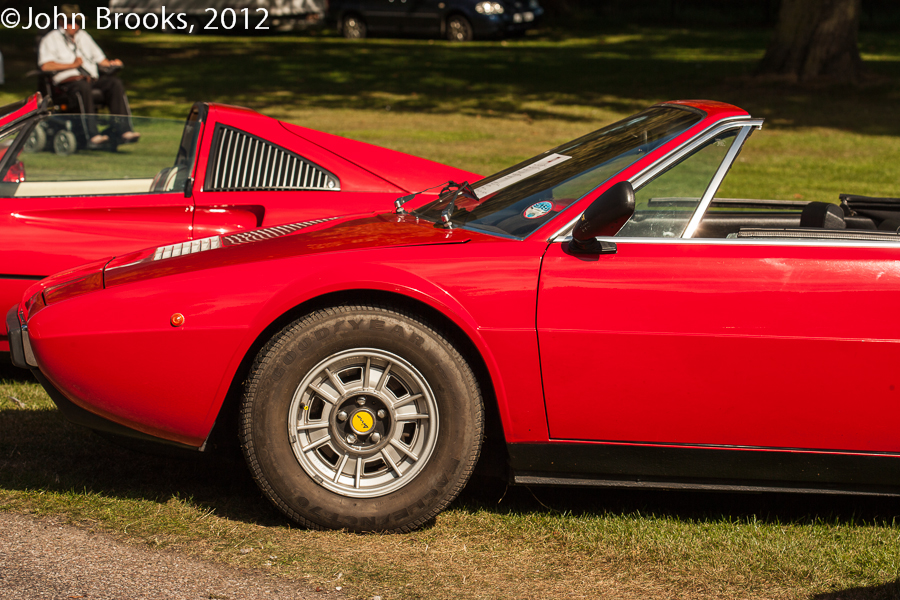 A unique product from Maranello that was on the lawn was this Ferrari Dino 208 GT4 Spyder. 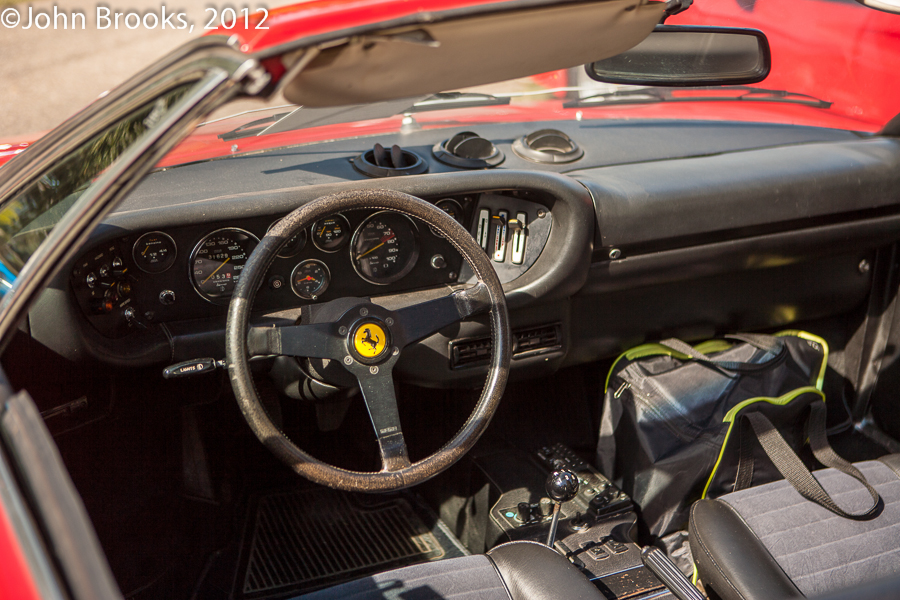 Styled by Bertone this car was a one off exercise in looking at how the 208 might look as a soft top. It never made it into production. 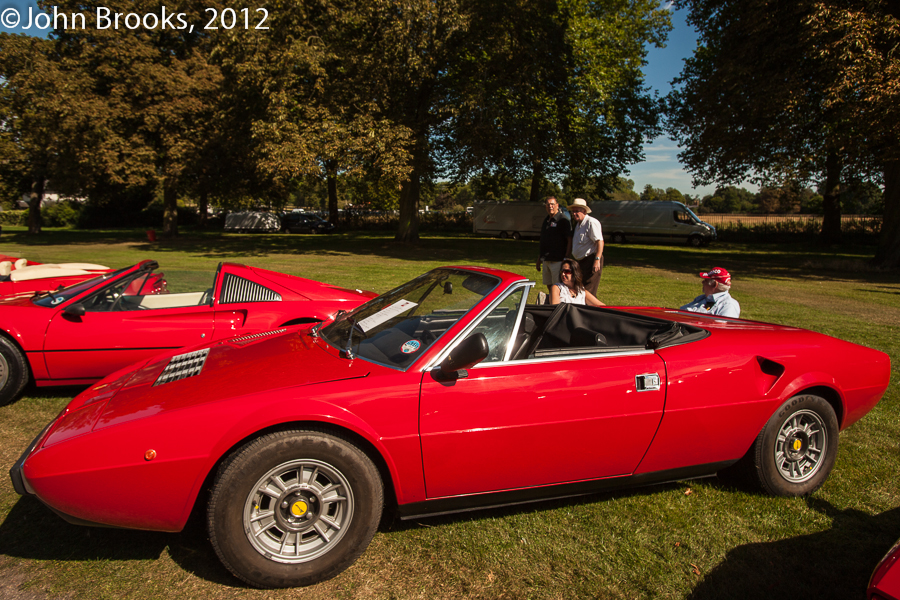 Completely original and unrestored since its production in 1975, it was a rare beast, even in the Windsor setting. 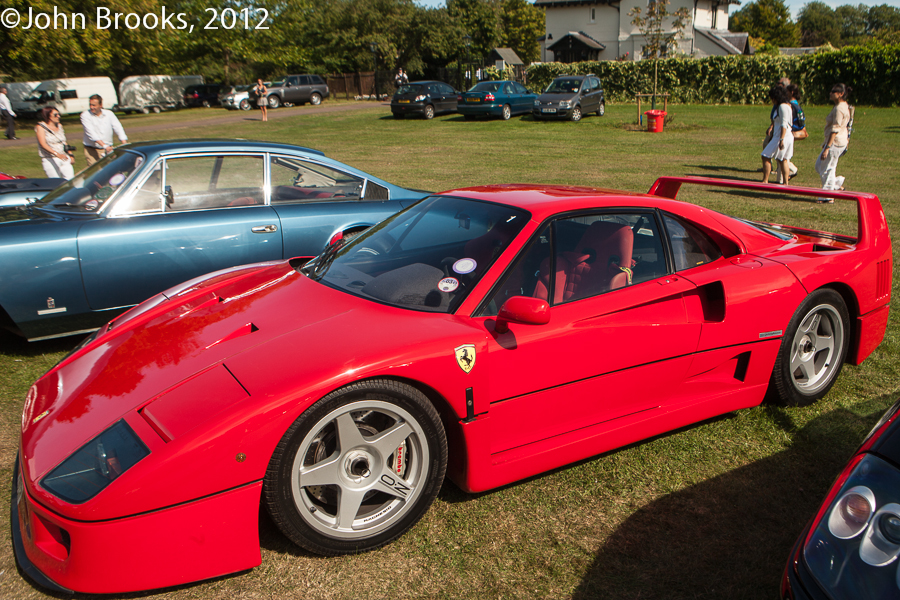 The Ferrari F40 still has shock and awe qualities even some 20 years on. 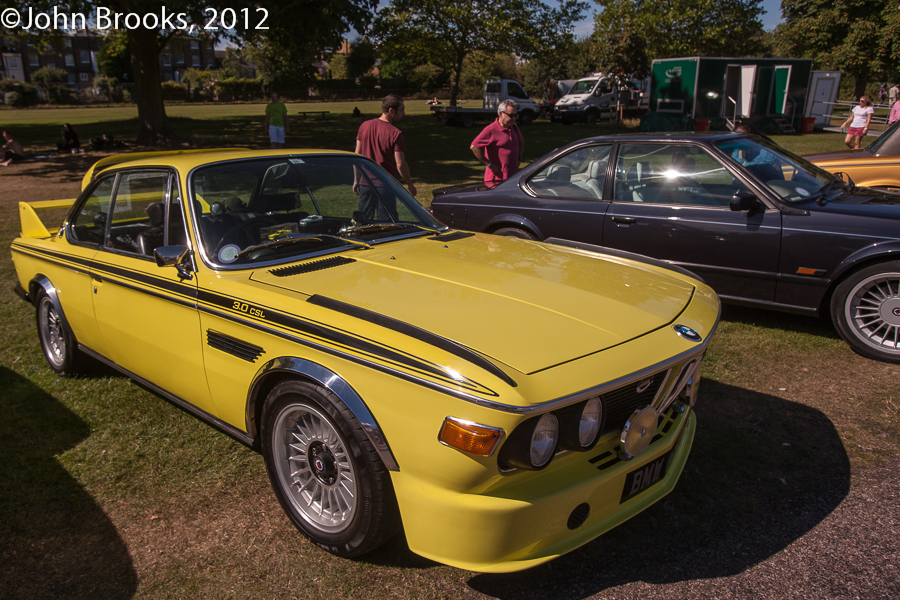 The same might well be said of the “Batmobile” aka BMW 3.0 litre CSL 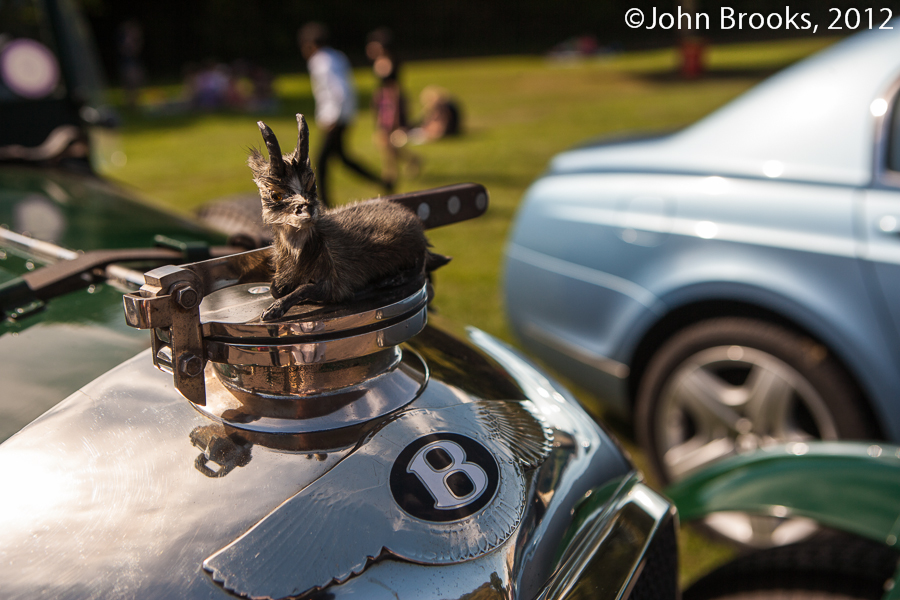 The Bentley Drivers’ Club was also well represented. Not every item was factory fitted. 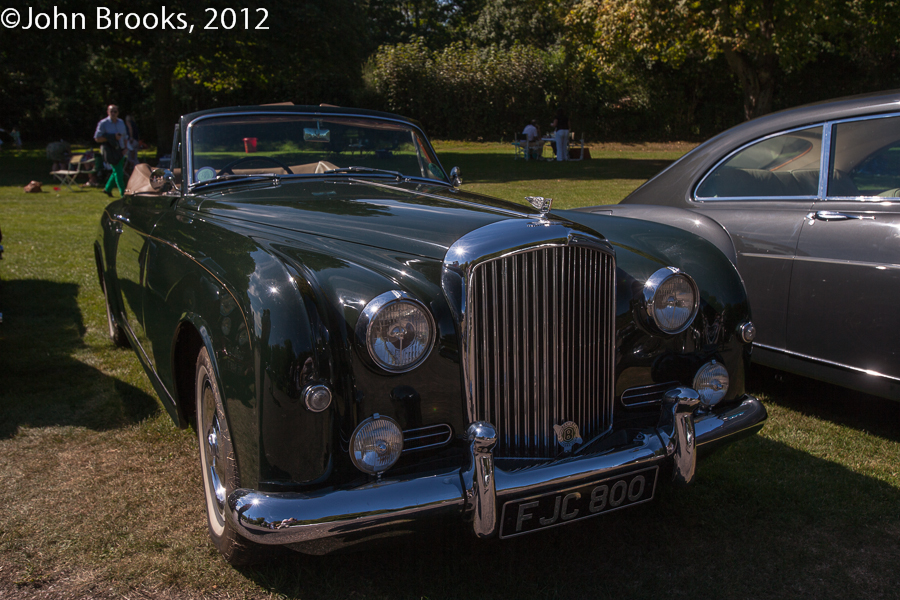 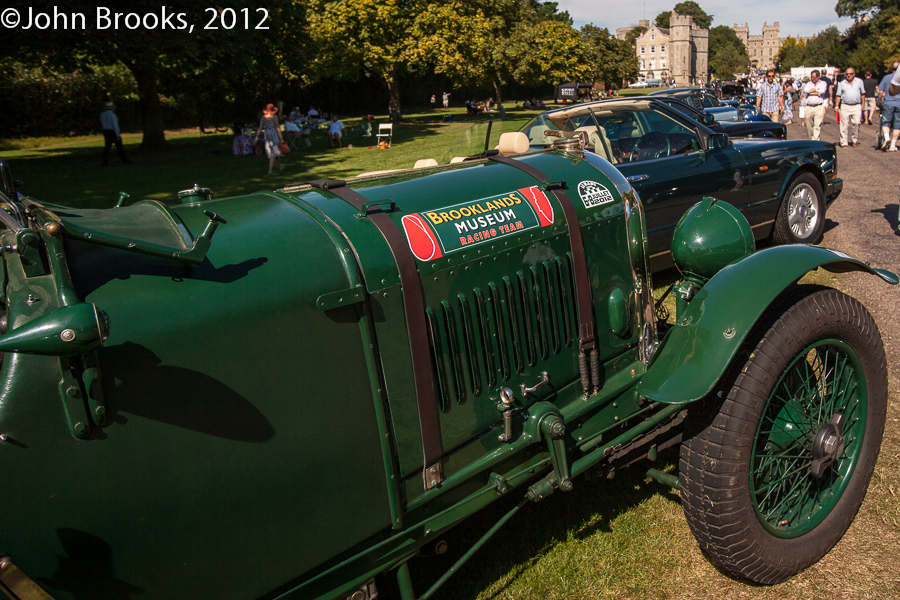 With the famous track only a short distance from Windsor it was inevitable that the Brooklands Museum would put in an appearance with a reminder of the days of The Bentley Boys. 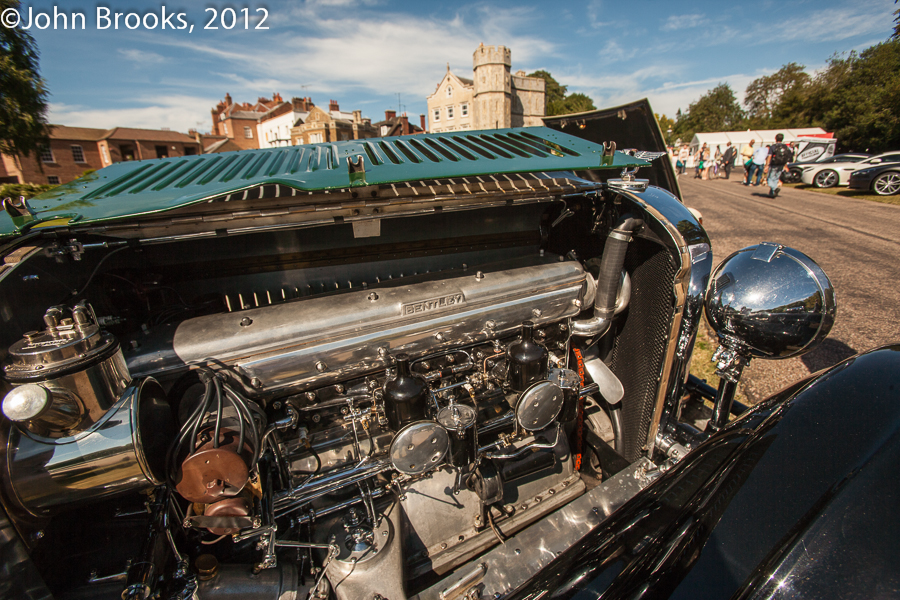 Power behind the legend. 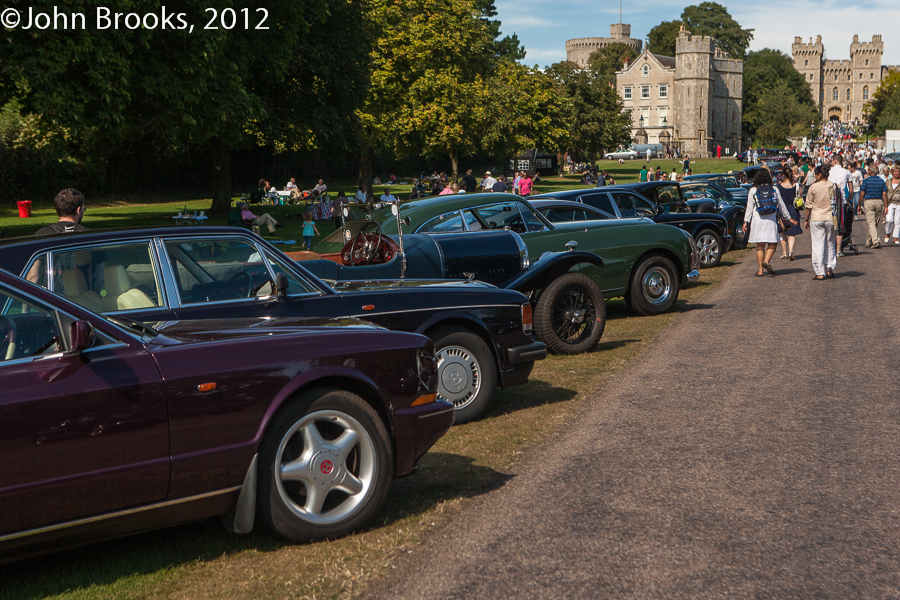 Perhaps the most surprising thing about this part of the Windsor Concours of Elegance is that it was free and completely open to the public. Combined with the beautiful weather and the strange spirit of the country in the wake of Jubilee and the Olympics it made for a fantastic weekend. More tomorrow.