Our Special Correspondent has been in France at the Great Race. Here he shares some of his observations and discoveries. 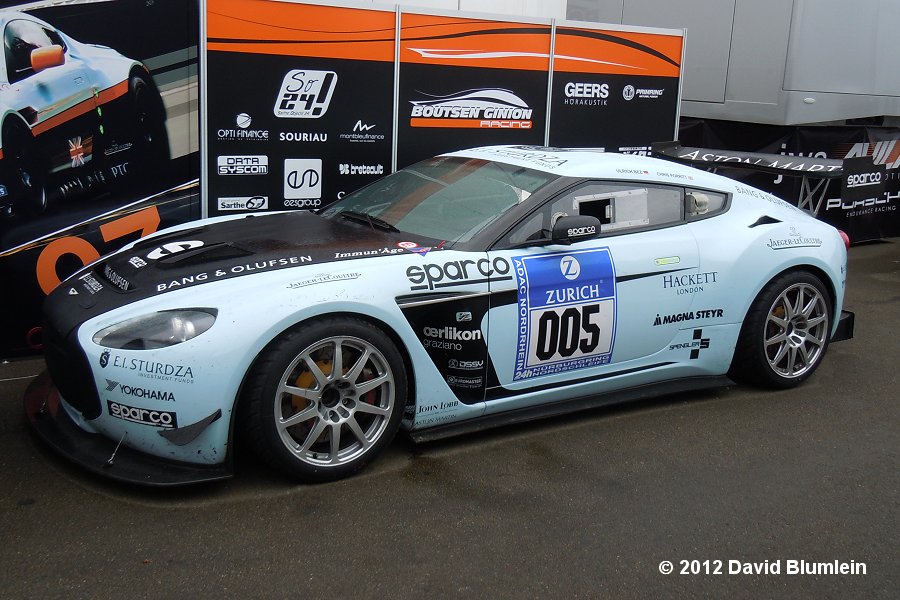 In the days leading up to the 24 Hour race it is rewarding to look out for interesting cars round about Le Mans. Here are some that caught my eye and my delight:

This is “Zig”, one of the Aston Martin Zagato prototypes, lurking in the Le Mans paddock still wearing its Nürburgring 24 Hours clothing, waiting to have a go in the Aston Martin Festival Challenge support race. It finished 11th. 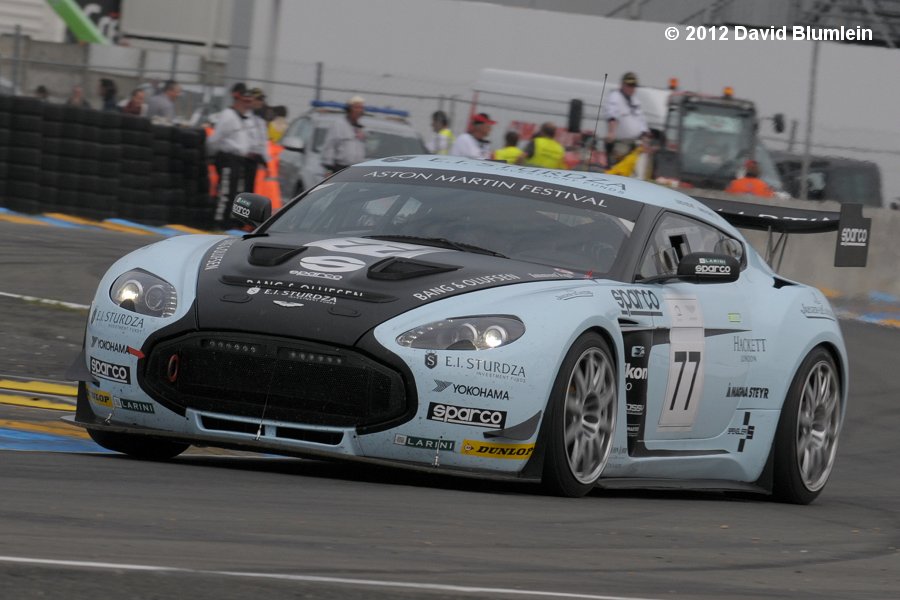 I can never resist a visit to the Museum at Le Mans and they do vary the exhibits so it is usually worth a call. They have a superb example of that extraordinary French car, the Panhard Dynamic. Introduced in 1936, it featured a unit-construction body, a sleeve valve six-cylinder engine, torsion bar suspension and, unusually, a central driving position. 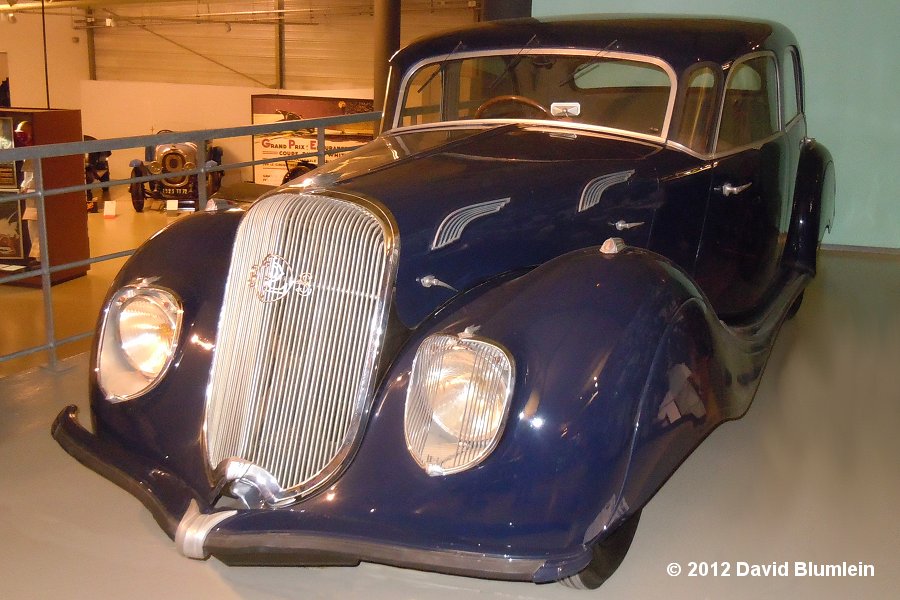 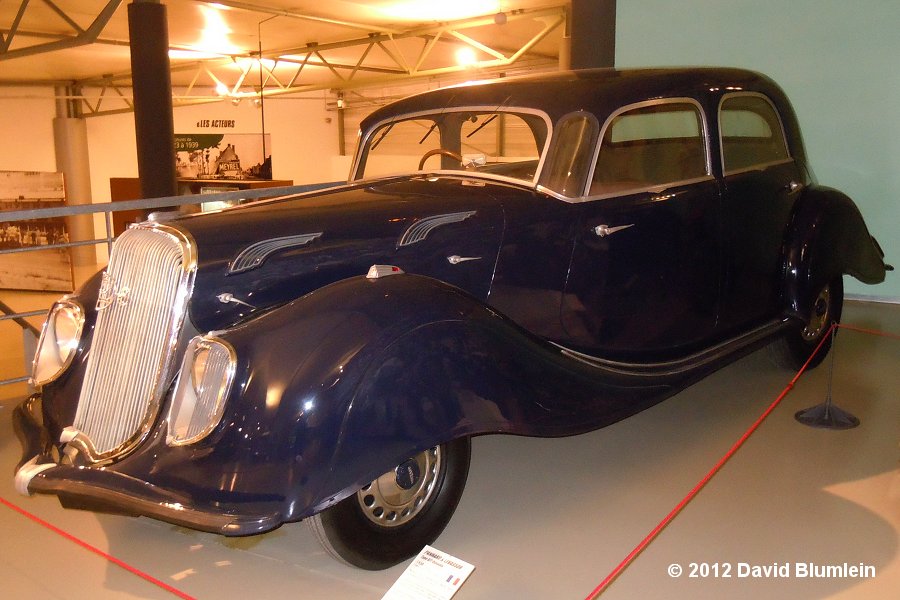 The bodywork was designed by Louis Bionier and had semi-enclosed wheels. Some 40 six-light limousines were made on the eve of the Second World War for the military chiefs.

Toyota have returned to Le Mans for the first time since their huge effort to win this race with the GT-One cars in 1998-99. These yielded at best only a second place and they had come very close to winning in 1994 with this car, the 94CV. 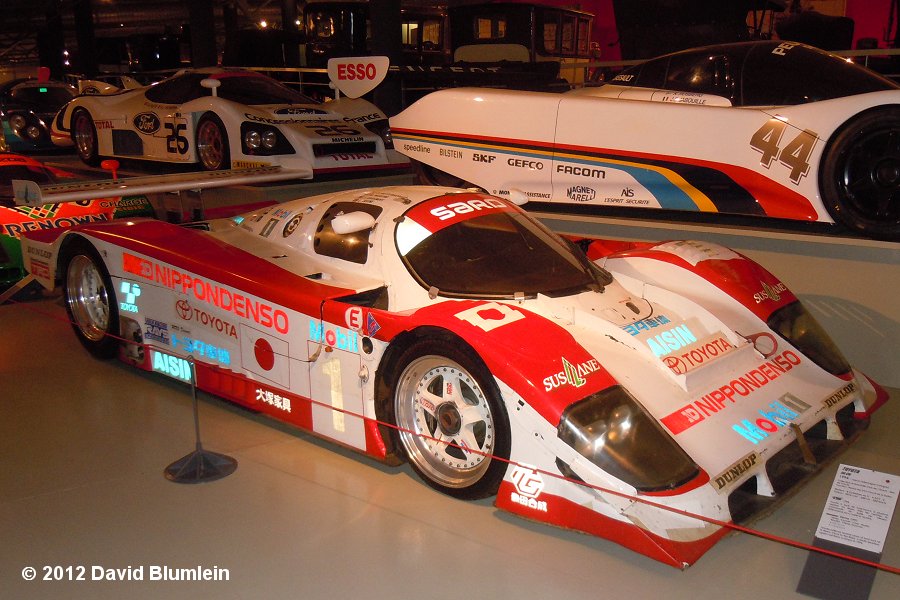 Gearbox trouble robbed it of almost certain victory in the last hour of the race. 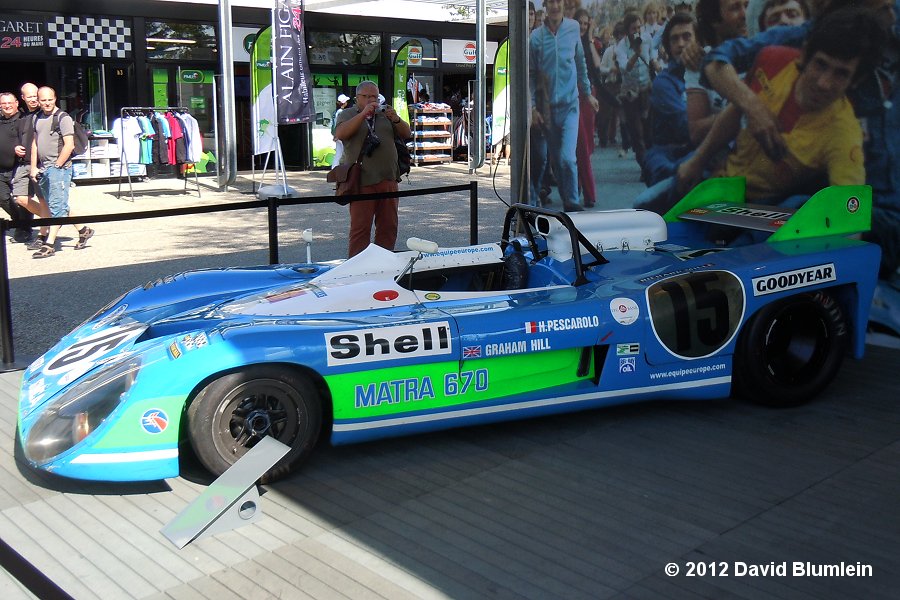 It is 40 years since Matra scored the first of three consecutive victories in the 24 Hour race in 1972. This was recognised at various events around the city. The winning car of Henri Pescarolo and Graham Hill was to be seen in the Village at the circuit as was the 1974 winner of Pescarolo and Gérard  Larrousse. 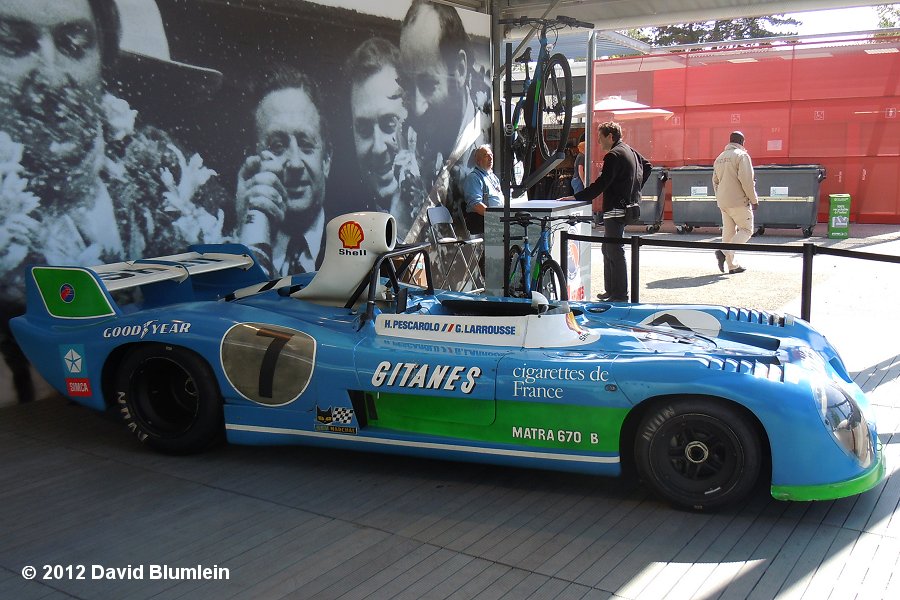 At the traditional A.C.O. Press Conference Gérard Larrousse was awarded the Spirit of Le Mans Trophy – appropriately the 1973 winning Matra accompanied the occasion. 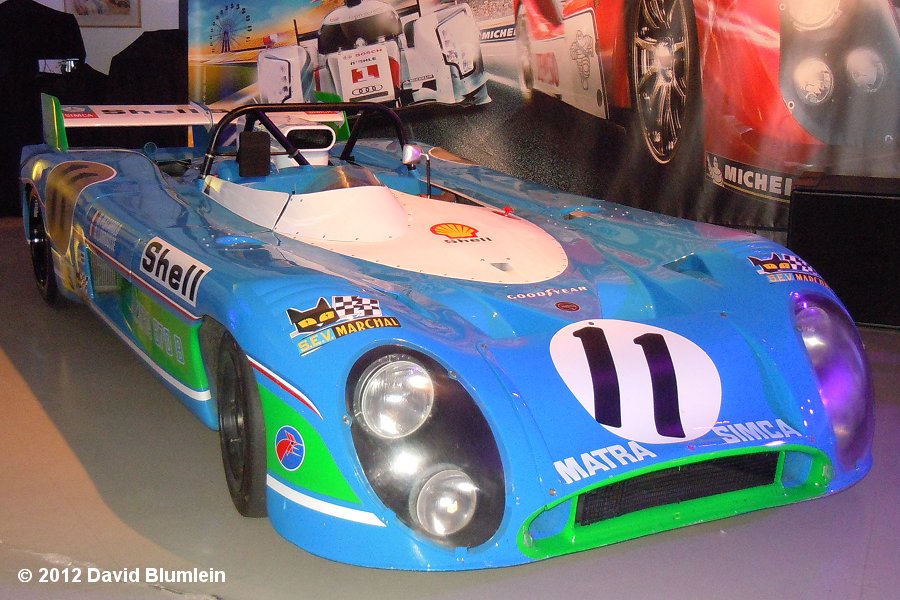 The popular Drivers’ Parade also remembered Matra’s achievements and no less than nine examples of their first proper production car, the 530, endured the incessant rain. The column of cars was led by a 530LX on board of which was Henri Pescarolo who had many successes in Matra cars. 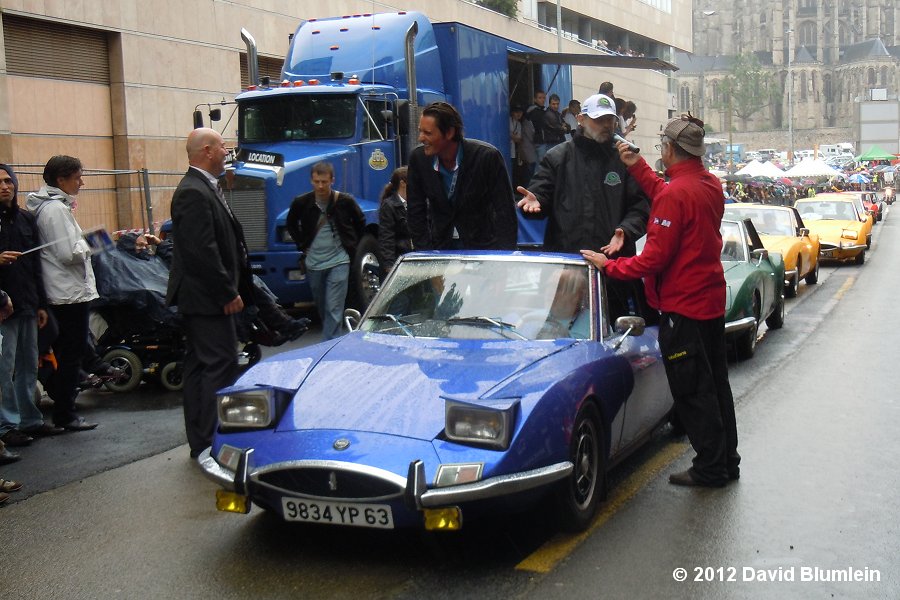 Named after Matra’s R530 air-to-air missile, the 530 had a mid-mounted German Ford V4 engine shared with the contemporary Taunus and for the first two years production was entrusted to the French coachbuilder Brissonneau et Lotz at Creil. 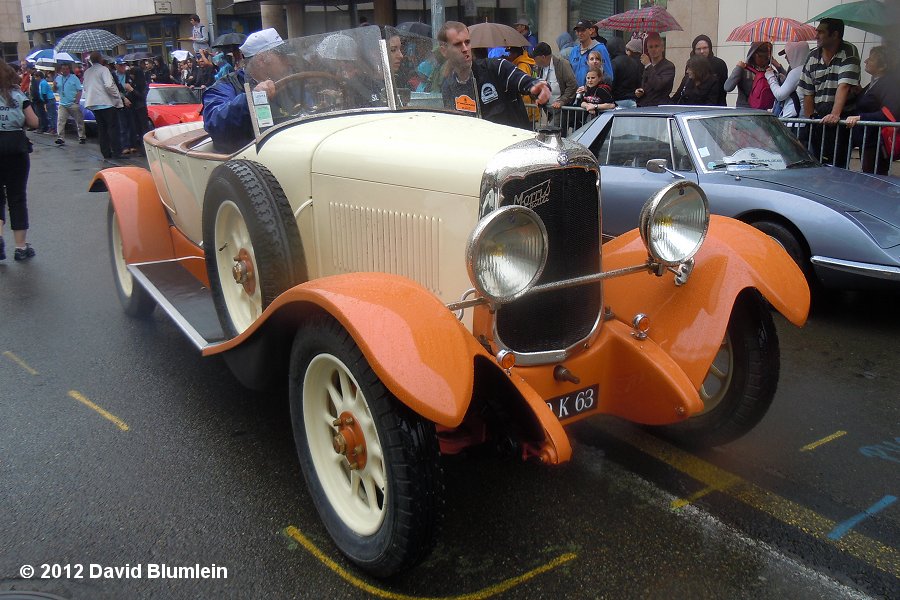 Invariably one comes across a gem in the Parade and for this writer the favourite was the Morris Léon Bollée. This was one of William Morris’s failures. He was anxious to break into the French market and purchased the Léon Bollée factory at Le Mans. The cars  were produced as Morris Léon Bollées but did not sell well, although he was able to put his factory at the disposal of the Bentley team when they came to compete in the 24 Hour race. Later models used Hotchkiss engines before production finally ceased.
Tailpiece 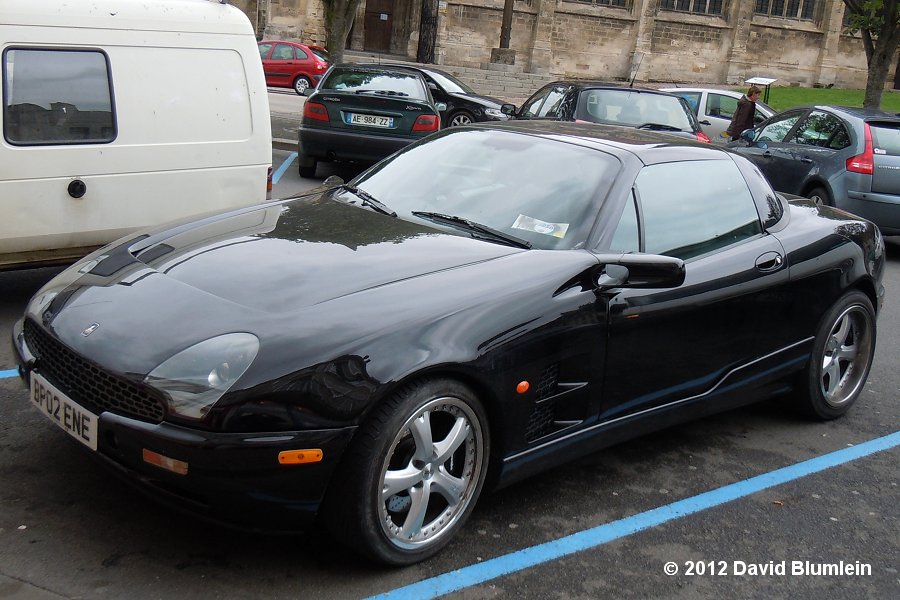 Spotted in Falaise on the way home from Le Mans, this Quale Mangusta is reputed to be the only right-hand drive example. The Mangusta started life as the De Tomaso Biguà which appeared at the Geneva Show in 1996. Kjell Quale, the West Coast of America importer of many European prestige cars, agreed to fund the production for which a factory in Modena was used on condition that the car was called the De Tomaso Mangusta. Quale and De Tomaso soon had disagreements and the car was re-named the Quale Mangusta. It had a chassis designed by Enrique Scalabroni and bodywork by Marcello Gandini and under the bonnet lay a 4.6-litre DOHC Ford V8. About 284 cars were made between 2000 and 2001. The Mangusta platform was used as the basis of the MG X-Power SV. 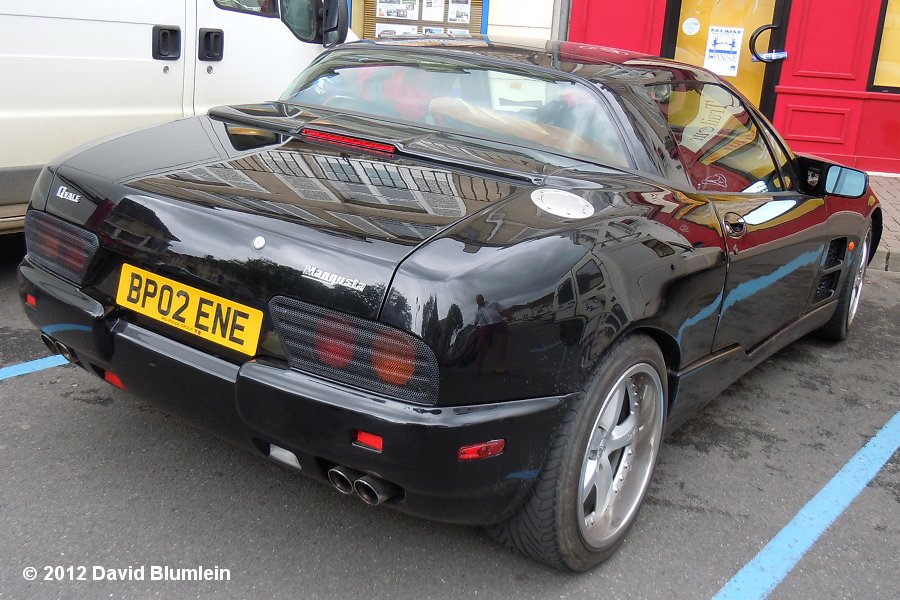