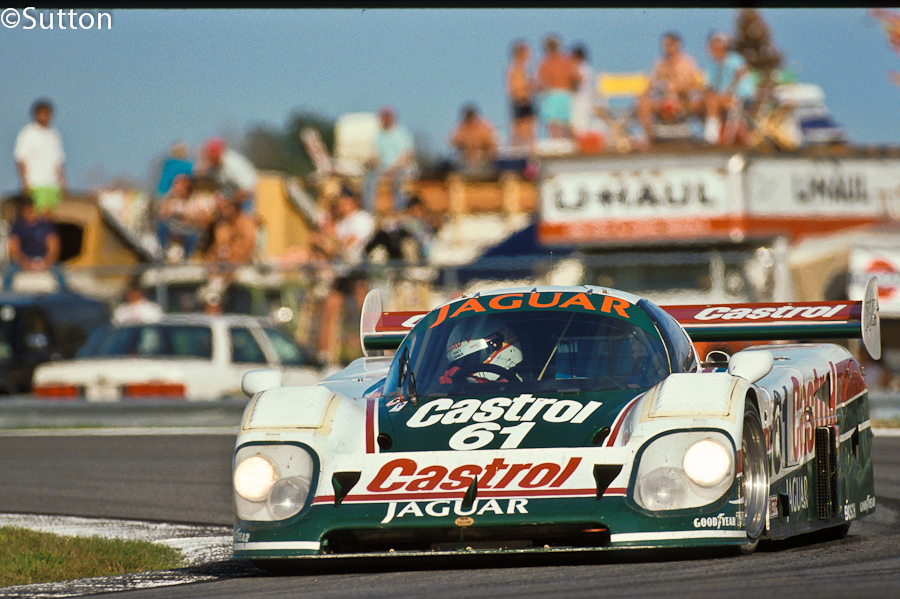 The U Haul Grandstand

It is a widely accepted fact that the 24 Hours of Daytona is one of the toughest endurance races on the calendar. Traffic, extremes of weather and the very long night, added to the layout of the infield course at Daytona International Speedway make for a race that stretches man and machine. 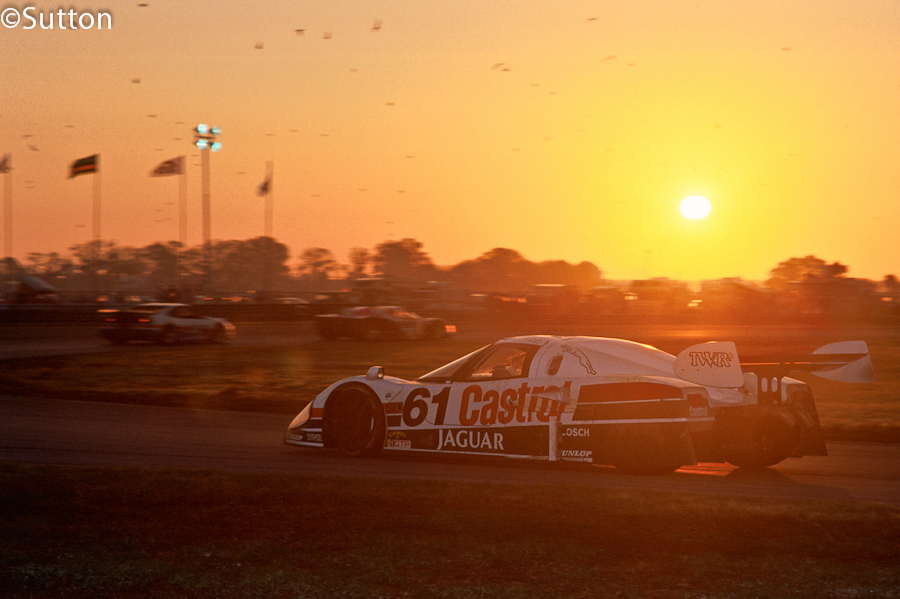 To win takes a heap of intestinal fortitude and a dollop of good fortune. For a team to finish 1-2 is really something special. So achieving that feat in 1990 was a truly great performance for the TWR Jaguar outfit. 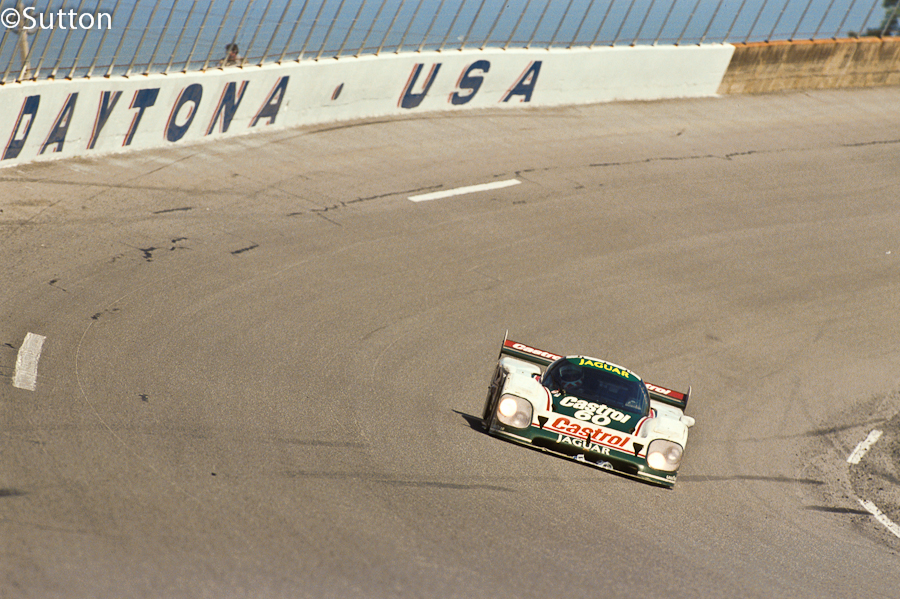 Their opposition came from a bunch of muscular, but ageing, IMSA privateer Porsche 962 entries and a brace of factory Nissans. As is customary at Daytona, the dreams of most of the pre-race favourites were over by the halfway point, tales of woe were to be found up and down the pit lane. 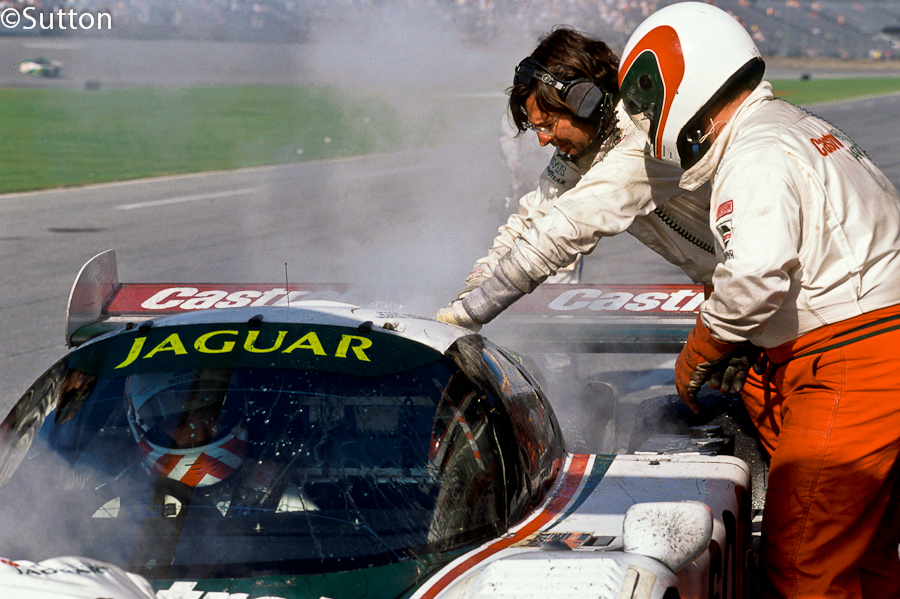 Anyone Fancy A Cuppa?

Despite a 15 lap advantage at one point, even the Jaguar XJR-12 pair struggled to get to the finish in working order. Both of the glorious V12 engines suffering with overheating but TWR’s Guvnor, Tony Dowe, was equal to the task. The story goes that the team’s tea urn was put to good use, mixing boiling water and radiator sealant in sufficient quantities to flush out the cooling system and keep both cars running. In the end the #61 car of Jan Lammers, Davy Jones and Andy Wallace had a four lap advantage over #60 with Martin Brundle, John Nielsen and Price Cobb aboard. 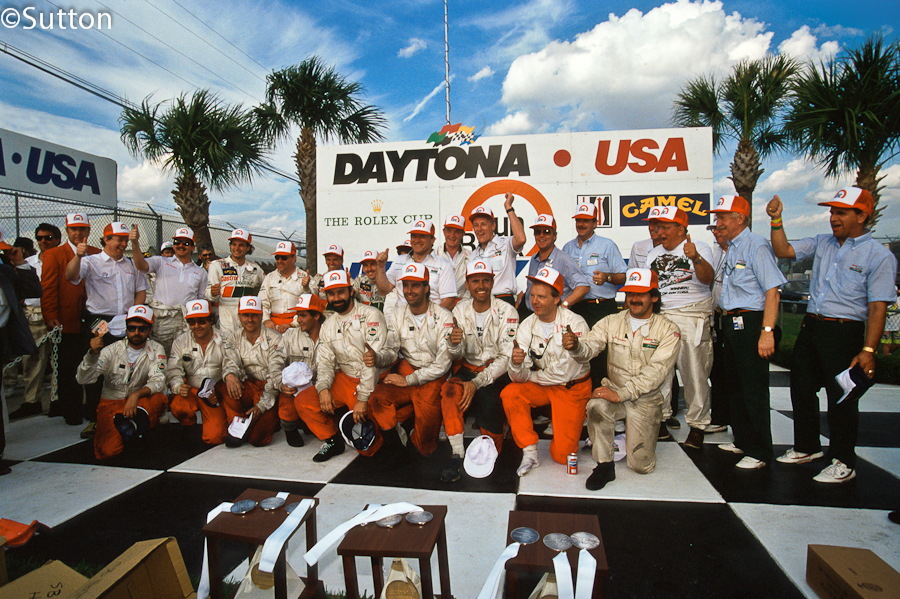 So the 1990 Daytona 24 Hours was a triumph for one of the truly great endurance racing outfits of any era. Astoundingly the North American part of the TWR organisation was destined to repeat this triumph some months in France. But that, as they say in the movies, is another story……………

1 thought on “Cat With A Hot Tin Roof”