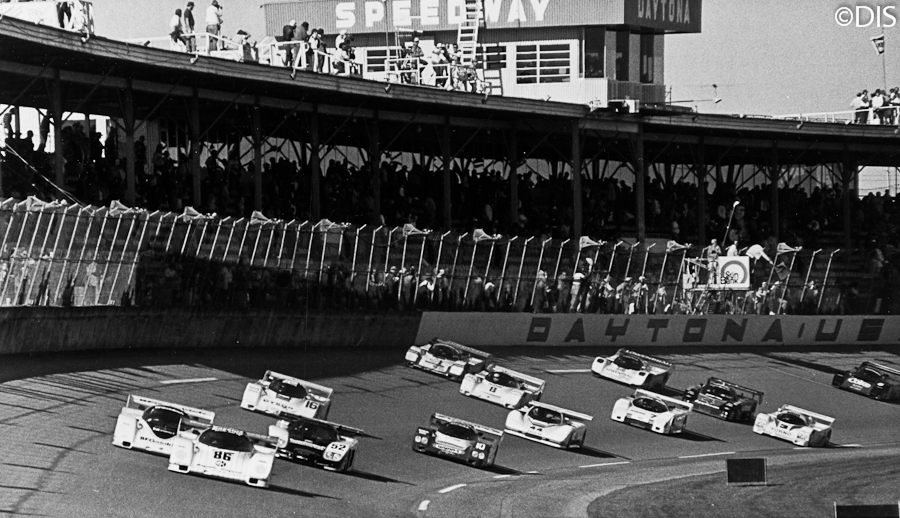 The Bank Is Open

In an attempt to distance ourselves from Peugeot’s Napoleonic-style retreat from Le Mans, I suspect most of us will now focus on the State of Florida and Daytona Beach in particular, in the run up to the 2012 edition of the Rolex 24 Hours due next week.

So as a dedicated follower of fashion I will join the herd.

Here we have the Green Flag Lap for 1987. Klaus Ludwig leads in the Bruce Leven Porsche. As one would expect Bob Wollek is in hot pursuit but neither of these 962s would see the night arrive. Also falling by the wayside would be the third placed car at the start, the Chevrolet Corvette GTP……it was a typical race of attrition at Daytona International Speedway, often cited as the toughest of them all.

The eventual winner is at the rear of this pack, down in tenth; no matter, 24 hours and 753 laps later they would be steering into Victory Lane. Al Holbert, Derek Bell, Chip Robinson and Al Unser Jr. would score a second successive victory for Holbert Racing’s Porsche 962 at the Daytona 24 Hours. Holbert and Bell would repeat the performance a few months later by winning at Le Mans, also driving for Porsche. However it would be the final Floridian Classic victory for Holbert as he would be killed in a plane crash the following year. By any standards he was one of the greatest endurance drivers of all time, three wins at Le Mans, two at Daytona and two at Sebring. 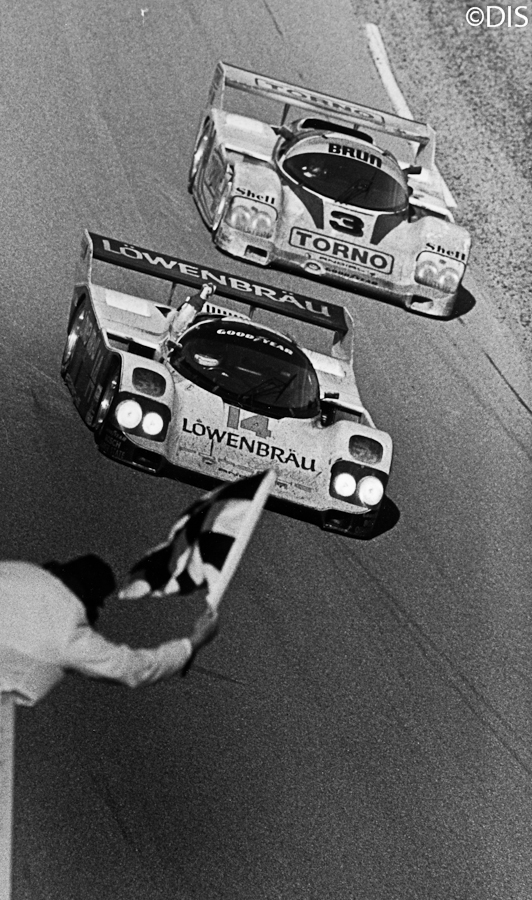 The End Of The Road