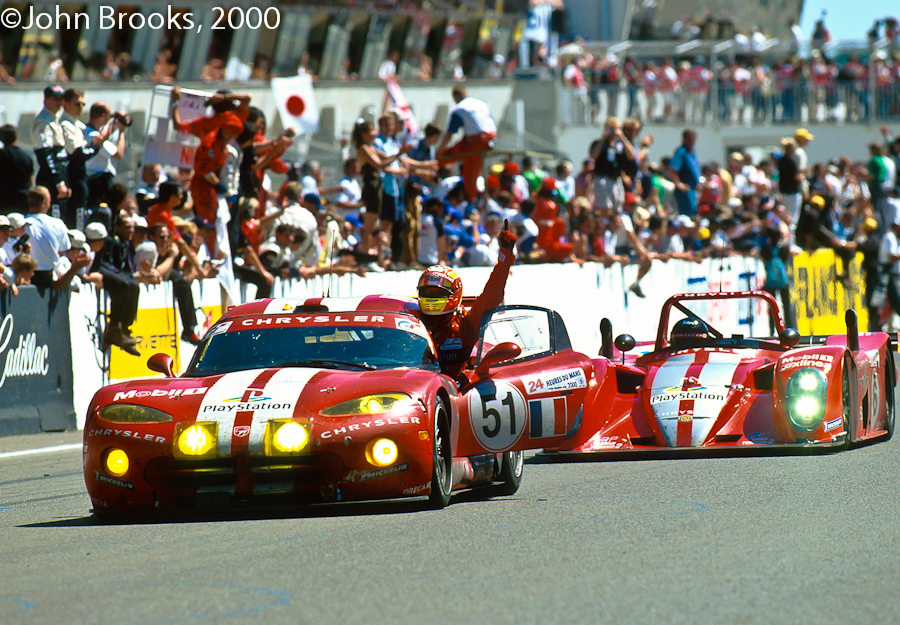 Another look back on Memory Lane, this time to the summer of 2000. Olivier Beretta celebrates victory in LM GTS at Le Mans. It was the high water mark for the Oreca Viper campaign, a third class win at La Sarthe, to go with an outright triumph that year at the Rolex 24. The Corvettes were coming and they would not be denied much longer.