To Barcelona by train and thence by motorway some 300 miles west to the new Navarra circuit for the Blancpain Endurance GT race. But first, Barcelona. Spain has had a motor industry with a chequered history – the Civil War of 1936-38 destroyed the country’s economy and industry – but interestingly most of the manufacturers such as Hispano-Suiza, Elizalda, Eucort, Pegaso and SEAT have over the years centred on Barcelona, making the Catalan capital the hub of Spain’s motoring activity.

Not surprising therefore to find a Motor Show there. The Barcelona exhibition is of course a provincial show set out in a number of not too large halls and certainly not on a par with the big ones like Geneva, Frankfurt or Paris. But Peugeot used it to present the World’s First Diesel Hybrid, a new version of the 3008, and the revised VW Beetle could be seen: 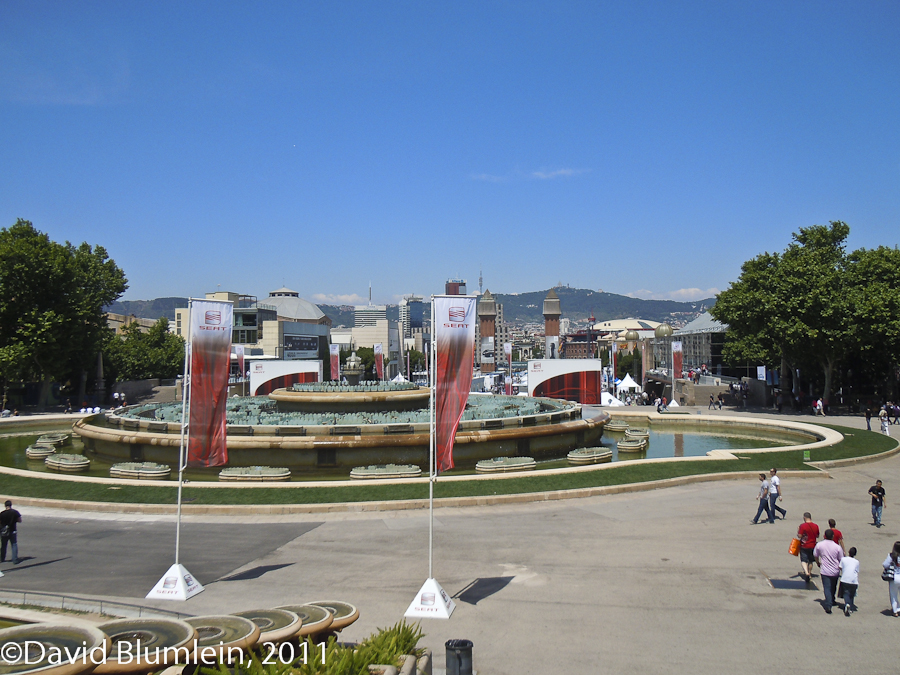 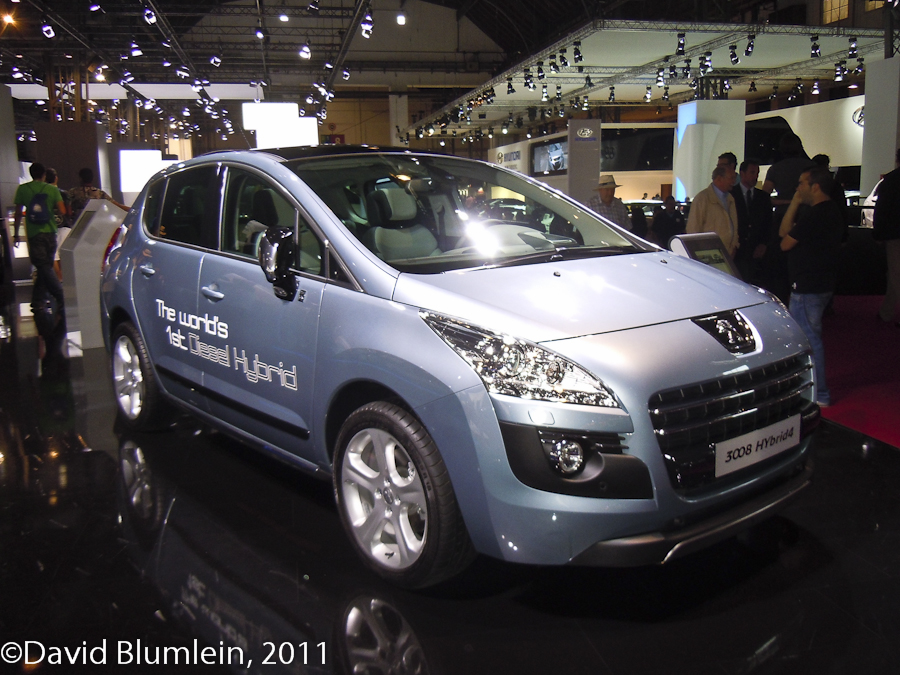 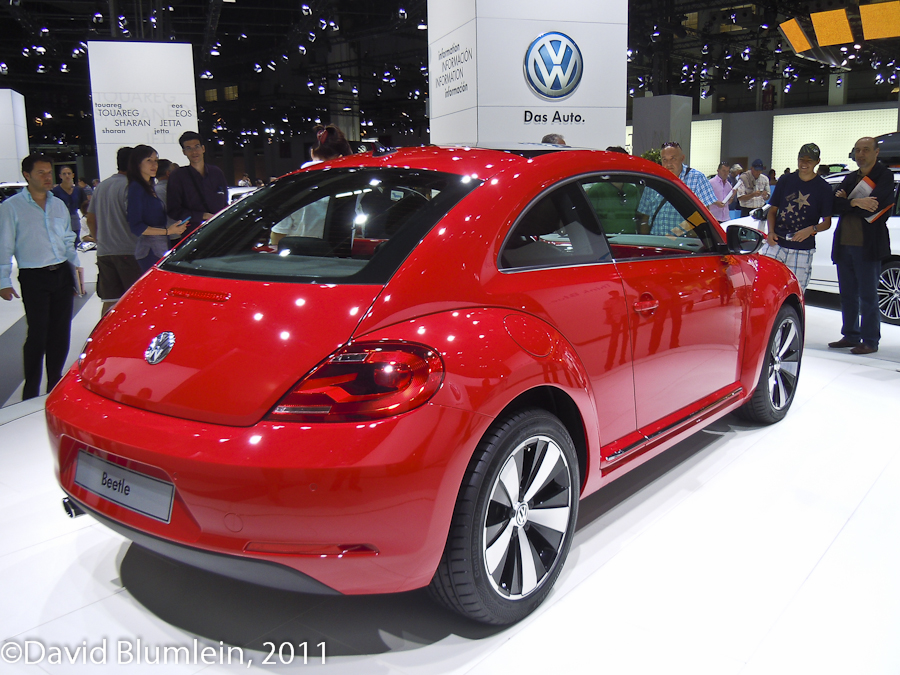 Two rare birds, the Aston Martin Cygnets, were on show: 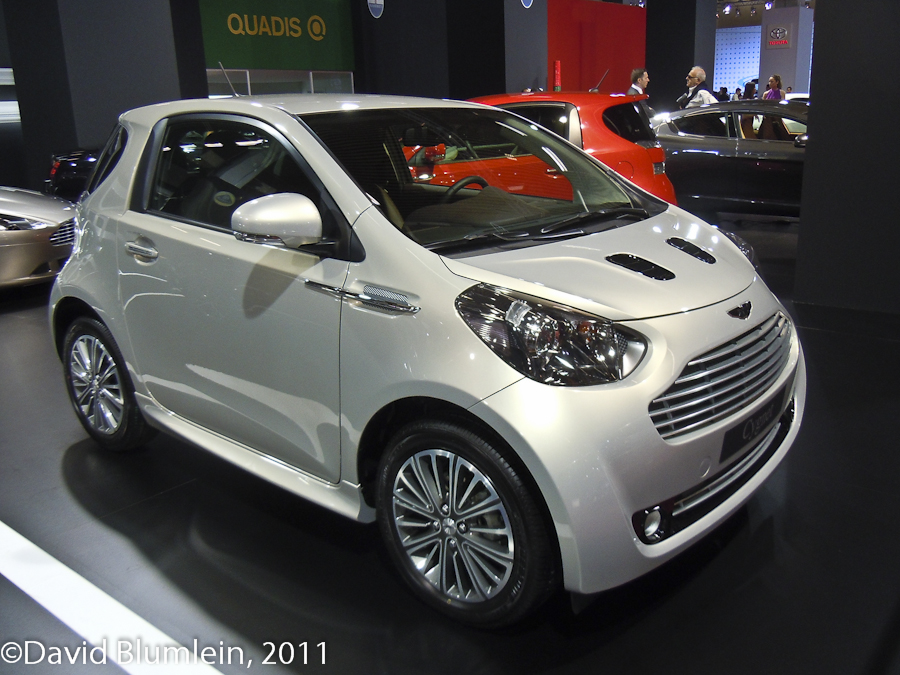 SEAT, Spain’s only indigenous large-scale manufacturer capable of creating and producing cars of its own design, naturally had a hall all to itself: 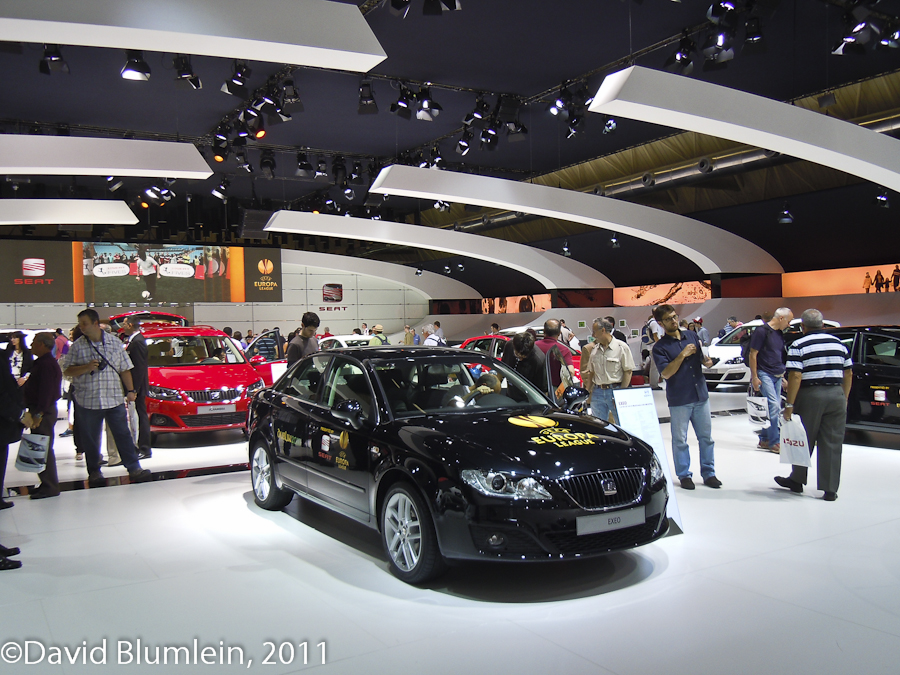 Spain hasn’t a significant history of endurance racing, the 12 hour San Sebastian events run on the long Lasarte circuit between 1925 and 1929 being the most important in their era. So a 3 Hour GT race on a circuit as close as any in the country geographically to that former location is a step in the right direction to keeping that tradition going.

The new circuit of Navarra gives the visitor the impression of being in the middle of nowhere, its location being far from any large centre – the sparse crowds underlining this. However, it is a friendly track with good viewing points and it attracted a varied field of good quality GT cars even if the expected new McLaren failed to materialise. 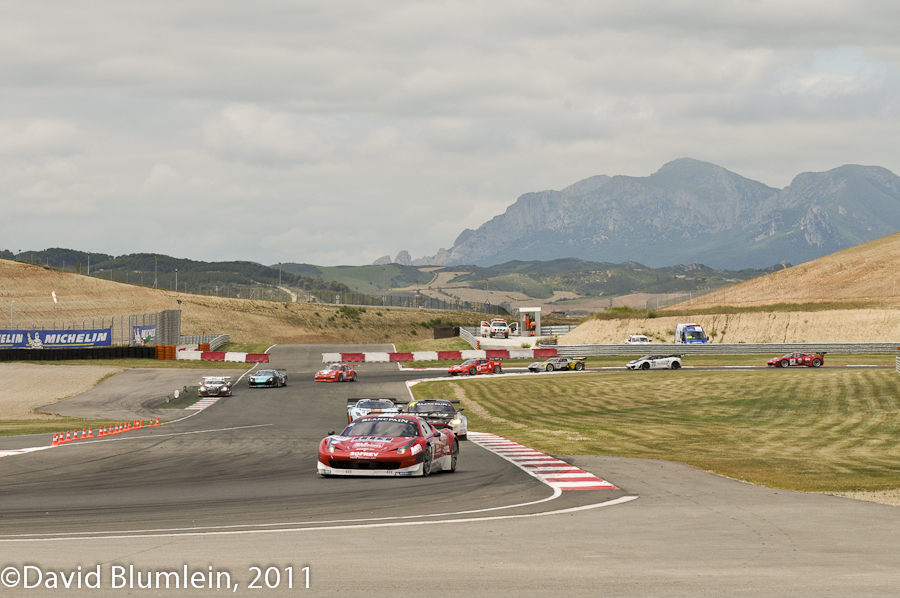 GT3 and GT4 cars are much more akin to the real world and currently the battle at the top rages between the Audi R8 and Ferrari’s new 458 Italia: 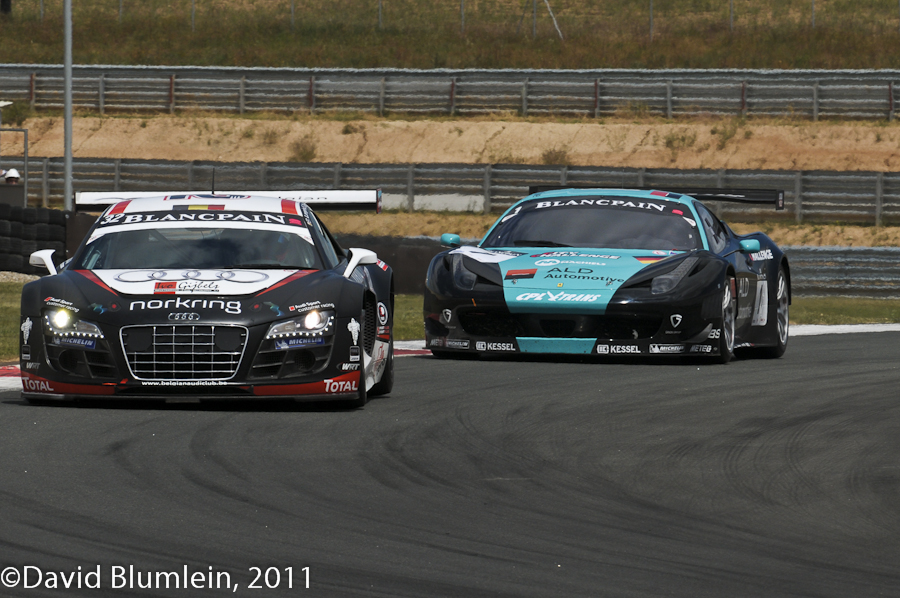 Not ever forgetting Porsche of course: 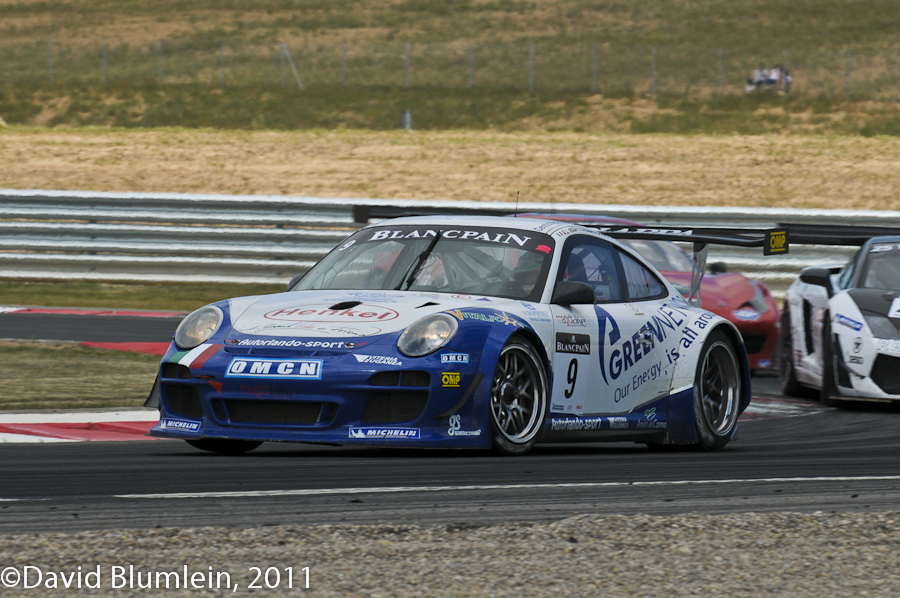 The battle early on for GT4 honours: 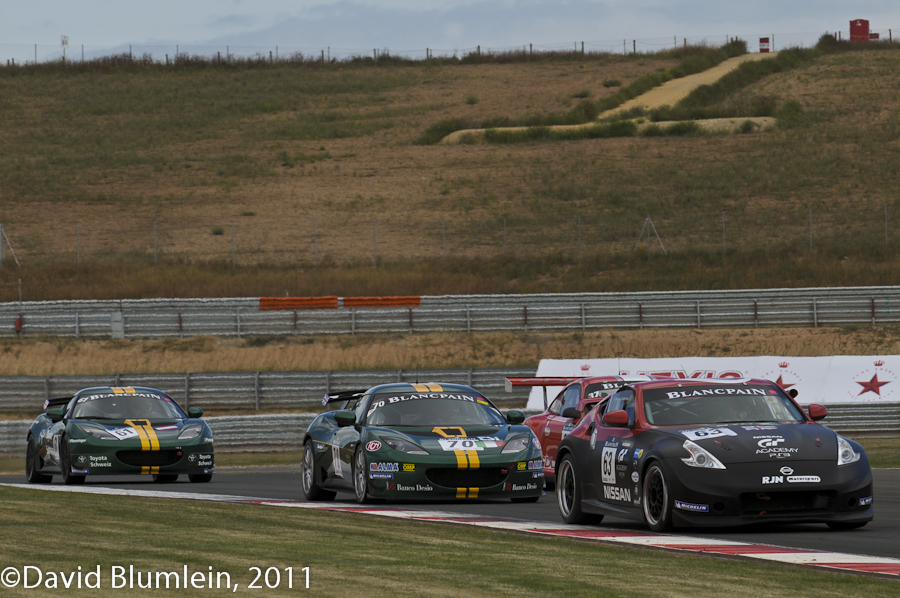 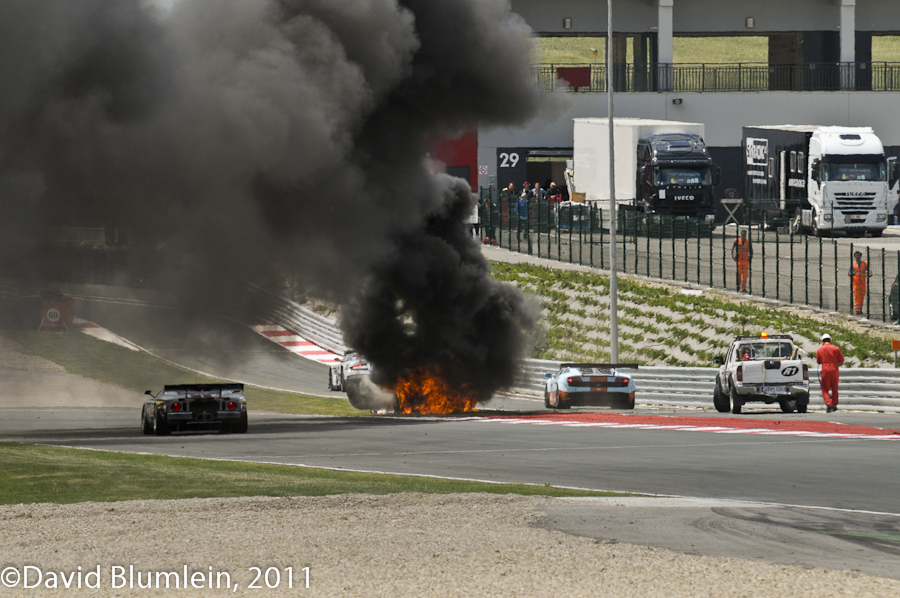 The race brought success in the GT4 class for the promising Lotus Evora: 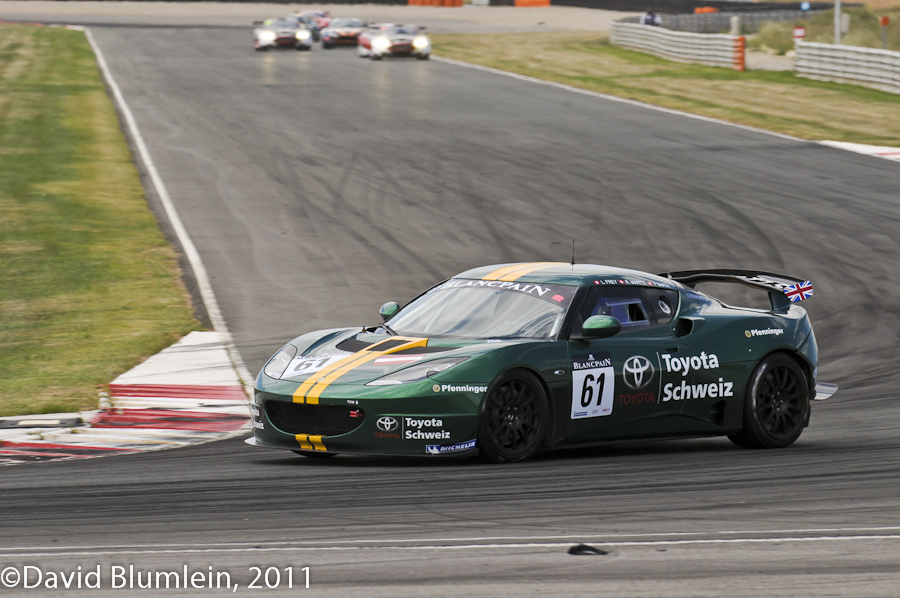 Back to Barcelona. The city has long been a centre for motor racing (and still is with the Catalunya circuit just outside) and over the years it has hosted some of Spain’s most important races. The Pedrables circuit, using roads in the north-western suburbs, was the scene for two World Championship Grands Prix in 1951 and 1954; the Penya Rhin sports car race at the latter meeting was the last time it staged an international event, not being revived after the 1955 Le Mans accident.

Up on the hill in the beautiful Montjuic Park a circuit was devised using the public roads back in 1933 and this was used for sports car races in the Fifties and up to the early Seventies – a Pegaso Spyder won the 1 Hour Copa Montjuic race in 1954 and a Porsche 908 took victory in 1969 in the 12 Horas de Barcelona. The circuit is best remembered for the incidents which occurred during the Formula One Grands Prix: the collapsing of the new-fangled wings and the crash of Rolf Stommelen which caused the death of several spectators This ensured the circuit’s demise in 1975.

The drivers’ view as they sat on the grid: 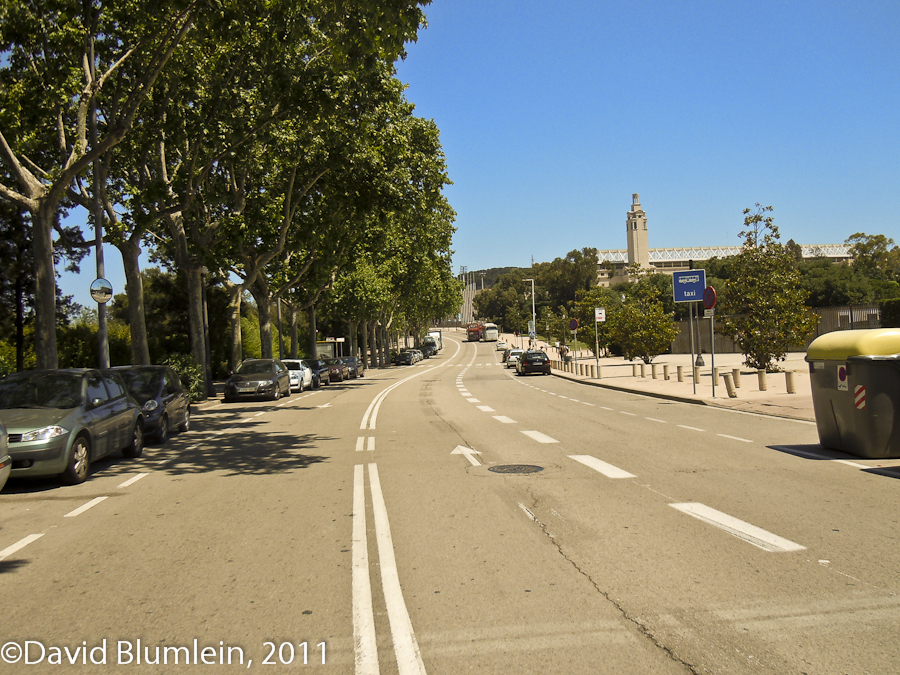 Looking back to the brow of  the hill which caused the winged cars to lift: 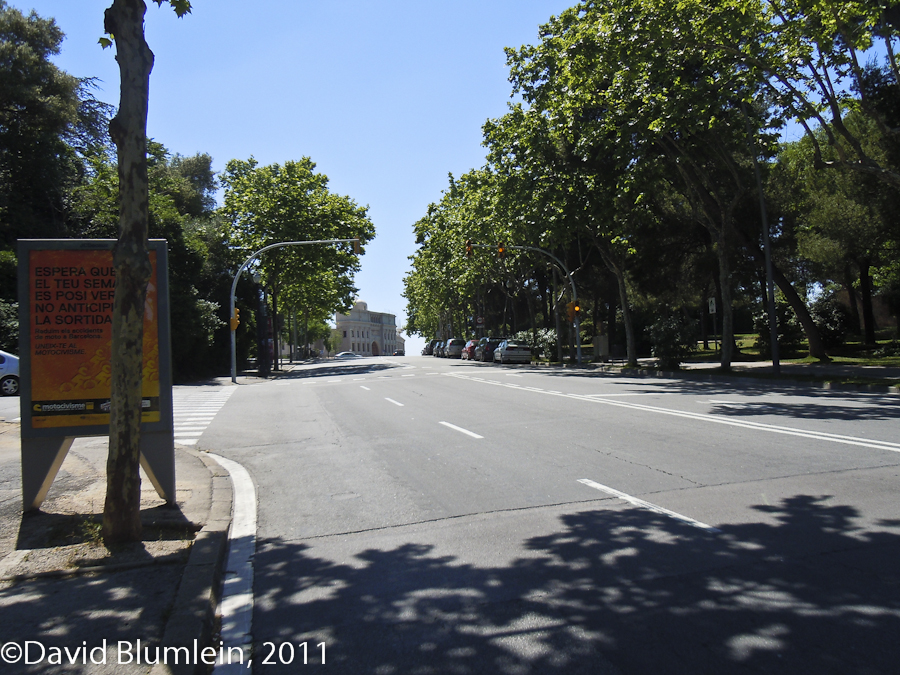 The left-hand Hairpin, the first tight corner on the anti-clockwise lap: 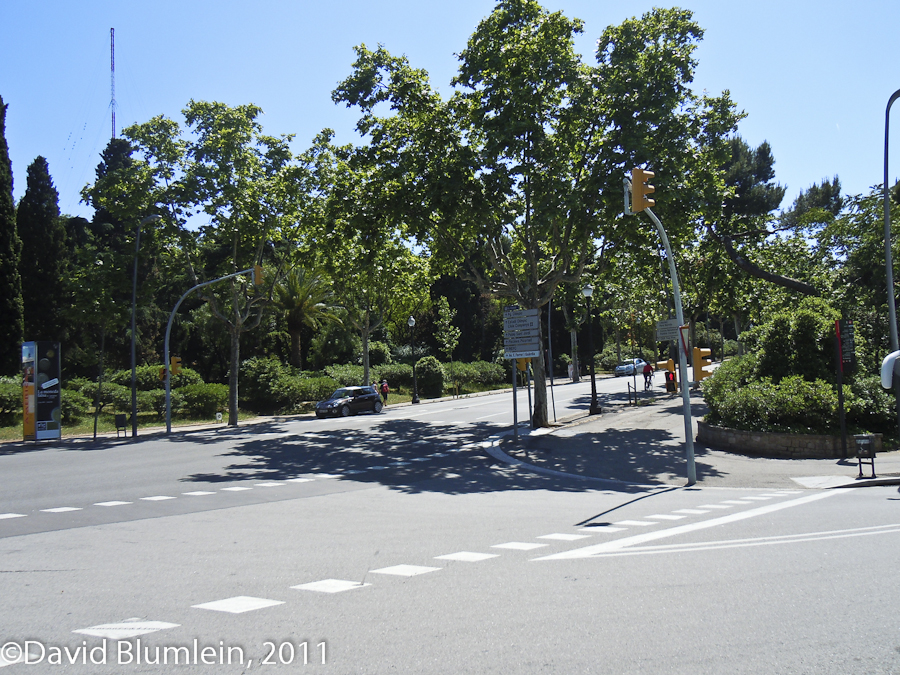 The downhill sweep to the tight right-hand Tecnica corner: 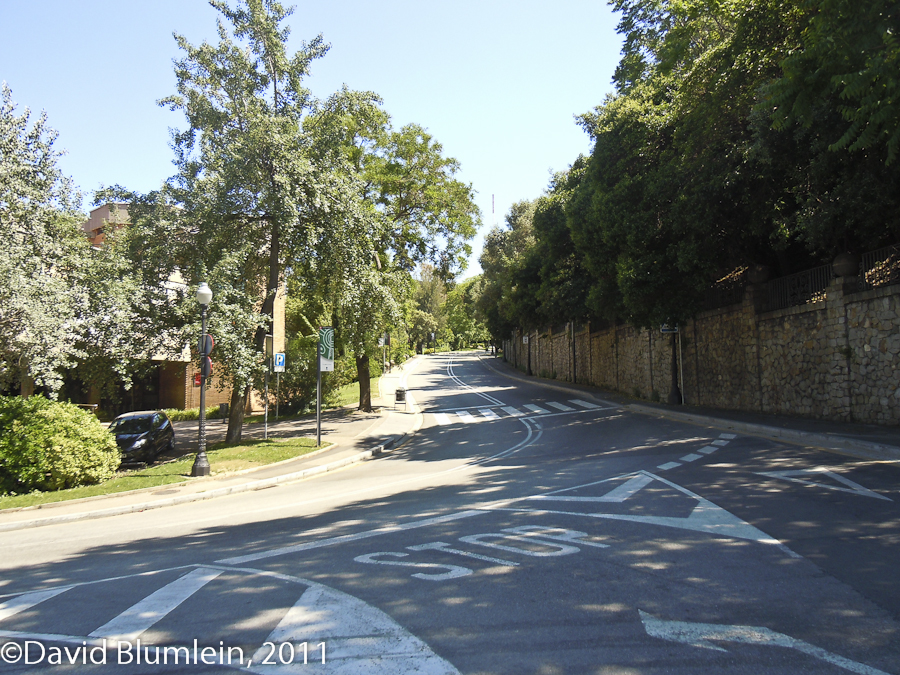 SEAT Altea XL taxis, built 30km up the A-2 Motorway at Martorell, now the company’s main plant and headquarters since they moved from the Zona Franca on Barcelona’s water front. 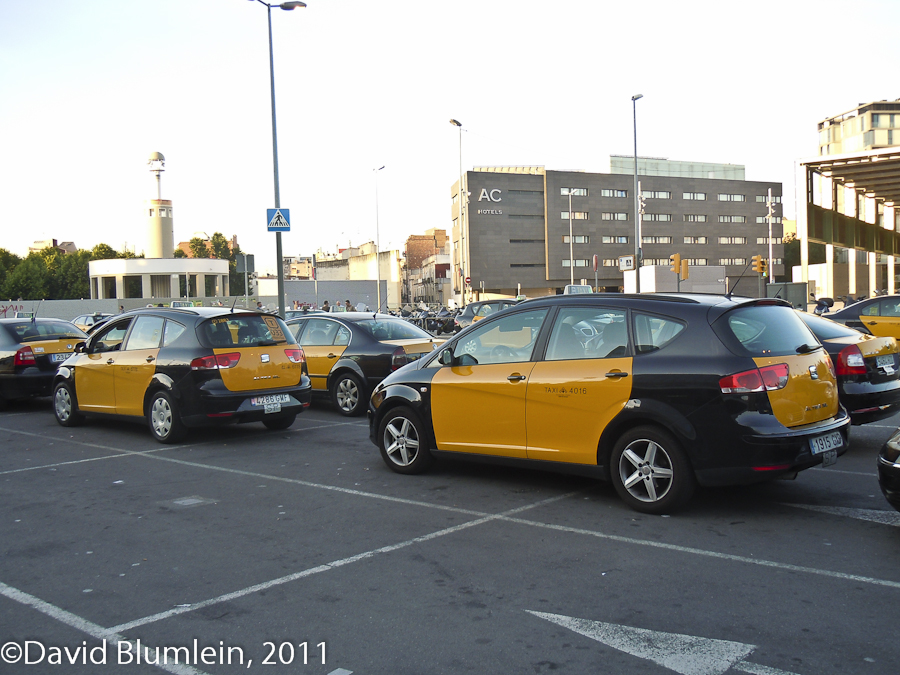