John Elwin is a man who enjoys many different aspects of the automotive good life, from Alfa Romeo to Lotus and here the art of customising………..enjoy his observations at the recent Essen Show.

Much is made of the BMW Art Cars, whereby somebody who is apparently famous for being famous, has randomly sploshed some paint over an otherwise innocent car and it suddenly becomes a work of art. Your average four year-old could achieve the same result but fame would most certainly not come his way, more likely a thick ear from his dad!
To my mind, the car itself is the art, having originally been created by a stylist who has toiled long and hard to create the right lines but very few car stylists become household names. Then there are those who feel they can improve upon the work of the original stylist, or even the engineers who created the oily bits. Some of these individuals have become well-known for their work, particularly in America, the spiritual home of customising. One might think that the increasingly stifling regulations dreamed up by bureaucrats the world over might have stymied this creativity, but far from it.
Visitors to the recent Essen Motor Show in Germany who remembered those wonderful Custom Car shows at London’s Ally Pally back in the 1970’s could have been forgiven for thinking they had been transported back in time. A goodly batch of cars had been brought over from the ‘States to join a large and varied collection of European cars. The different approaches were readily apparent for – hot rods aside – appearance is the dominant theme with some very detailed and labour-intensive paint work (no splosh jobs!) together with re-worked interiors. The Europeans meanwhile, have a more technical approach although current vogue seems to be how low you can get it.
Choice of vehicles varies; for the Americans it’s either Ford Model A-based hot rods, or large saloons from the 1960’s-70’s. For the Europeans pretty much anything is fair game, from the inevitable VW Combi to all generations of the BMW 3-Series. Why, even a Porsche Panamera got the lowering treatment, but one can only improve upon the looks of that thing!

I’ll let the pictures do the talking from here.
John Elwin, March 2016 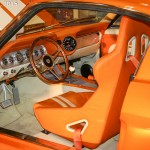 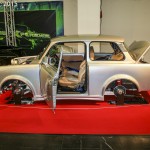 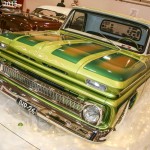 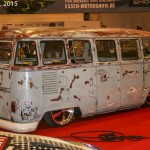 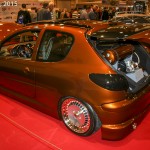 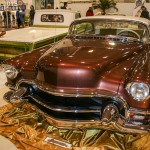 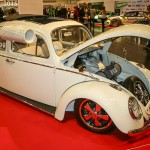 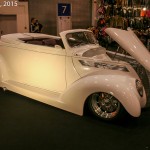 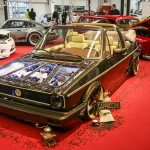 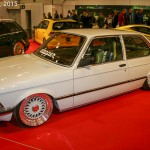 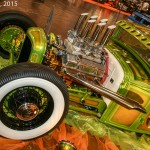 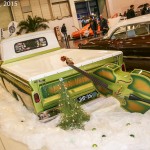 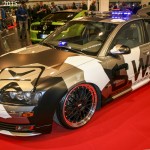 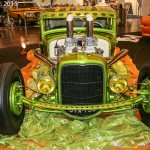 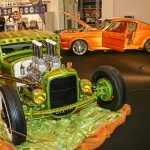 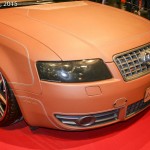 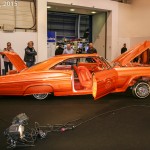 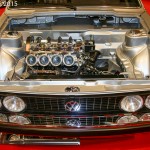 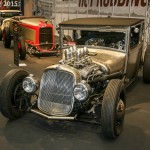 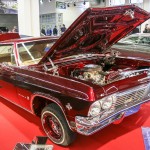 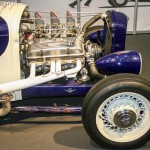 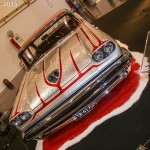 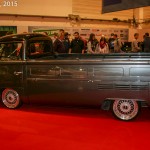 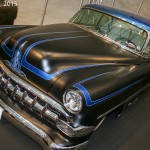 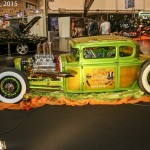 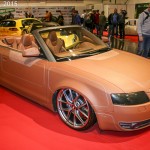 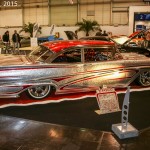 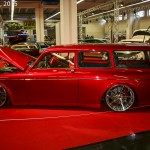