Montlhéry is the venue for a charming vintage motorsport meeting held biennially. The Special Correspondent attended and now gives us the benefit of his observations. This piece got lost in the system and has now resurfaced a year on. I consider it is worthy of exposure even a little later than intended. 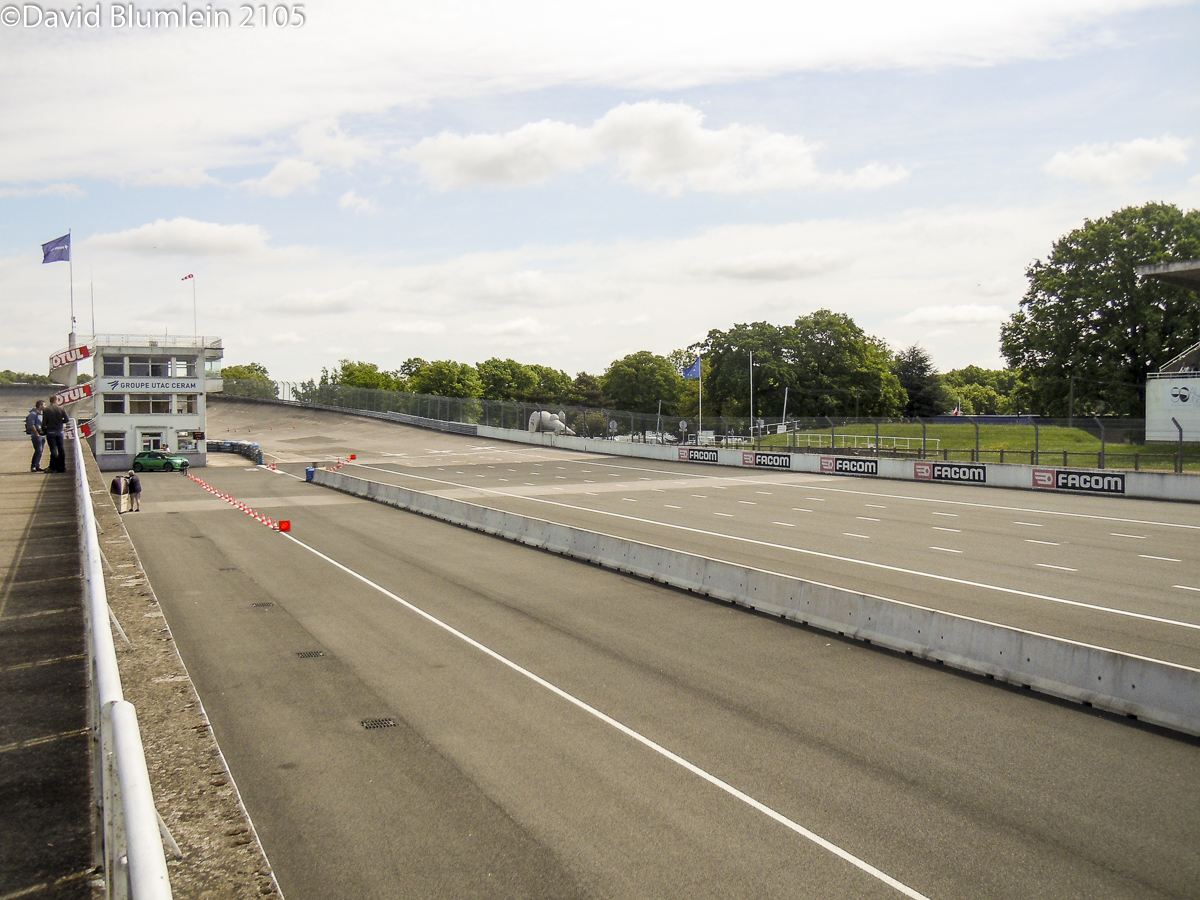 Every two years pre-1940 French cars gather at the L’autodrome de Linas-Montlhéry, south of Paris – it is an Aladdin’s cave!
Here is the famous start/finish area which has thankfully been saved. 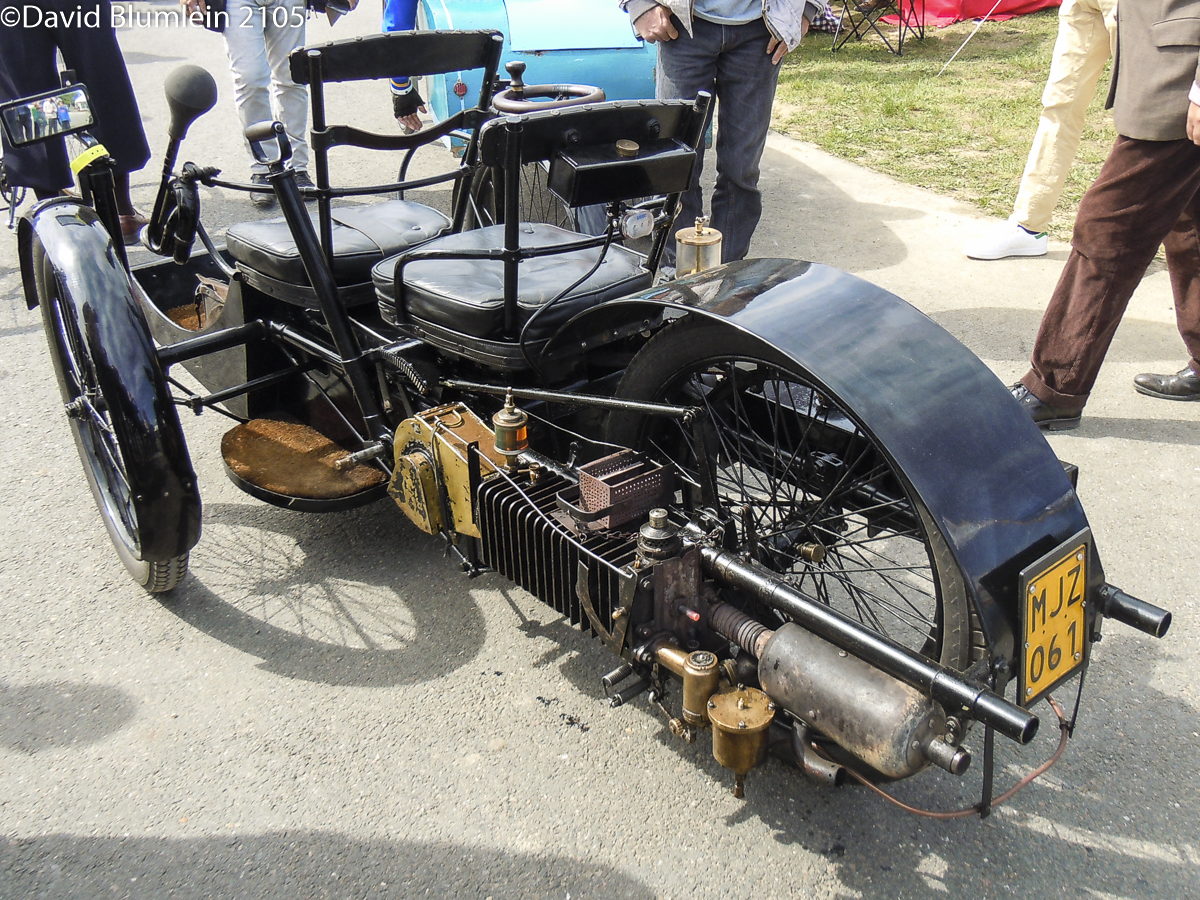 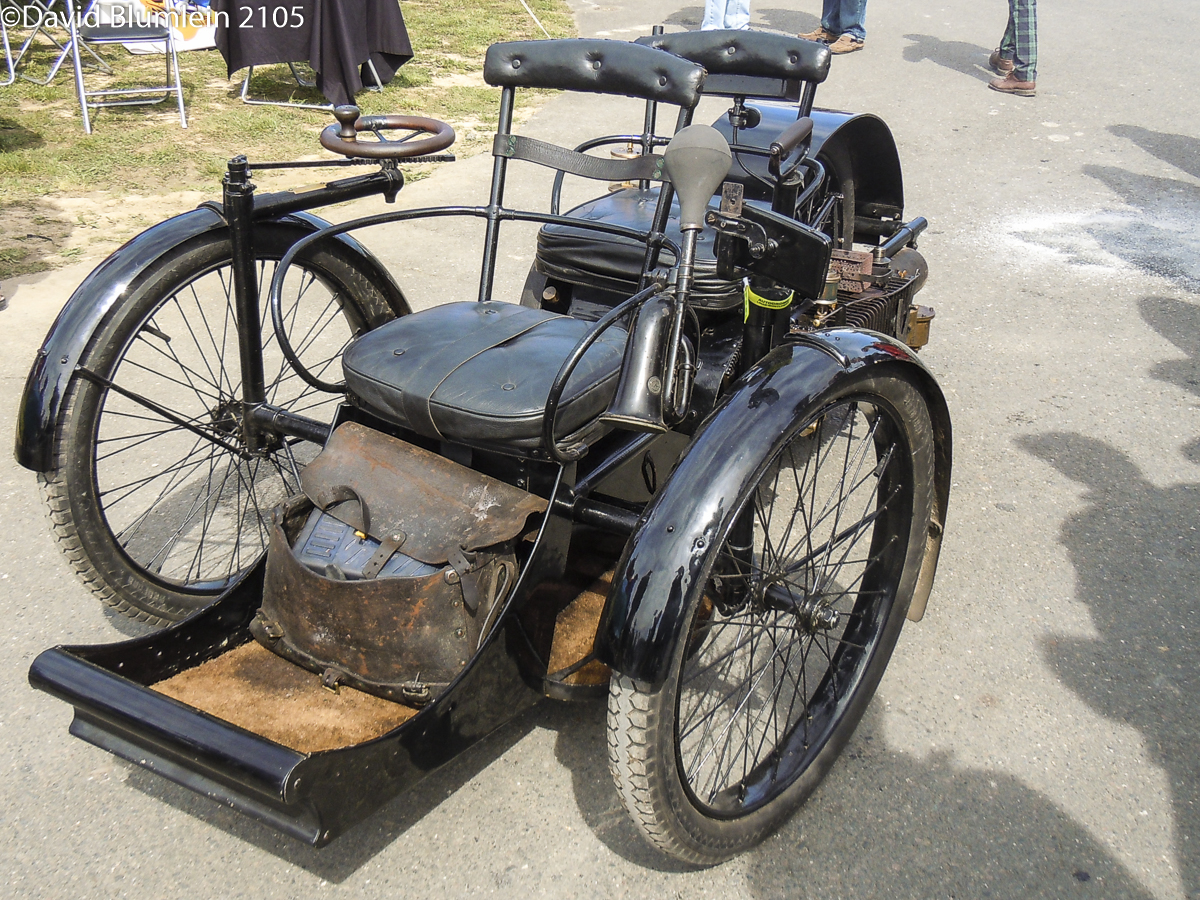 So good to find a Hurtu-built Léon Bollée Voiturette pottering around the Paddock area. 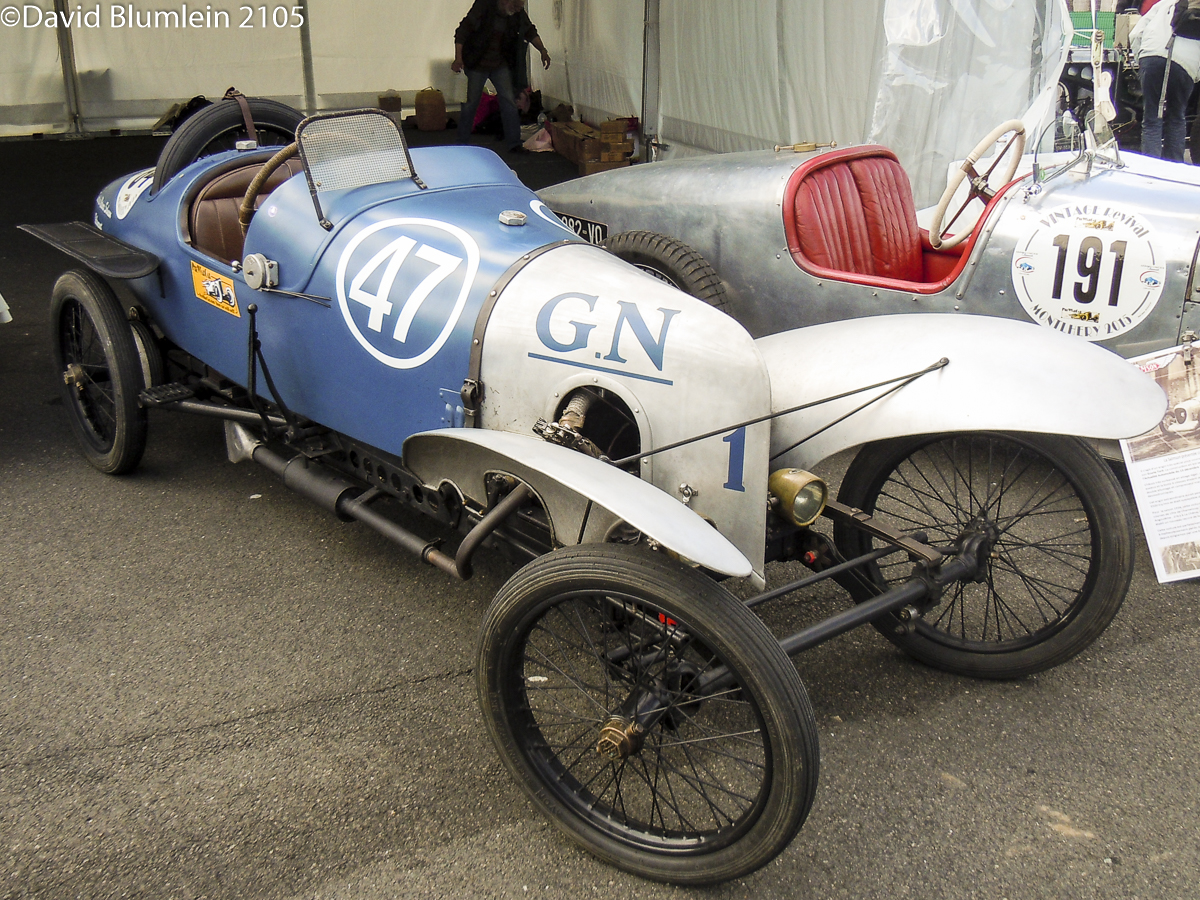 Salmson made aero engines during WW1 and diversified into car production afterwards. They began by building G.N.s under licence; this is one of them. 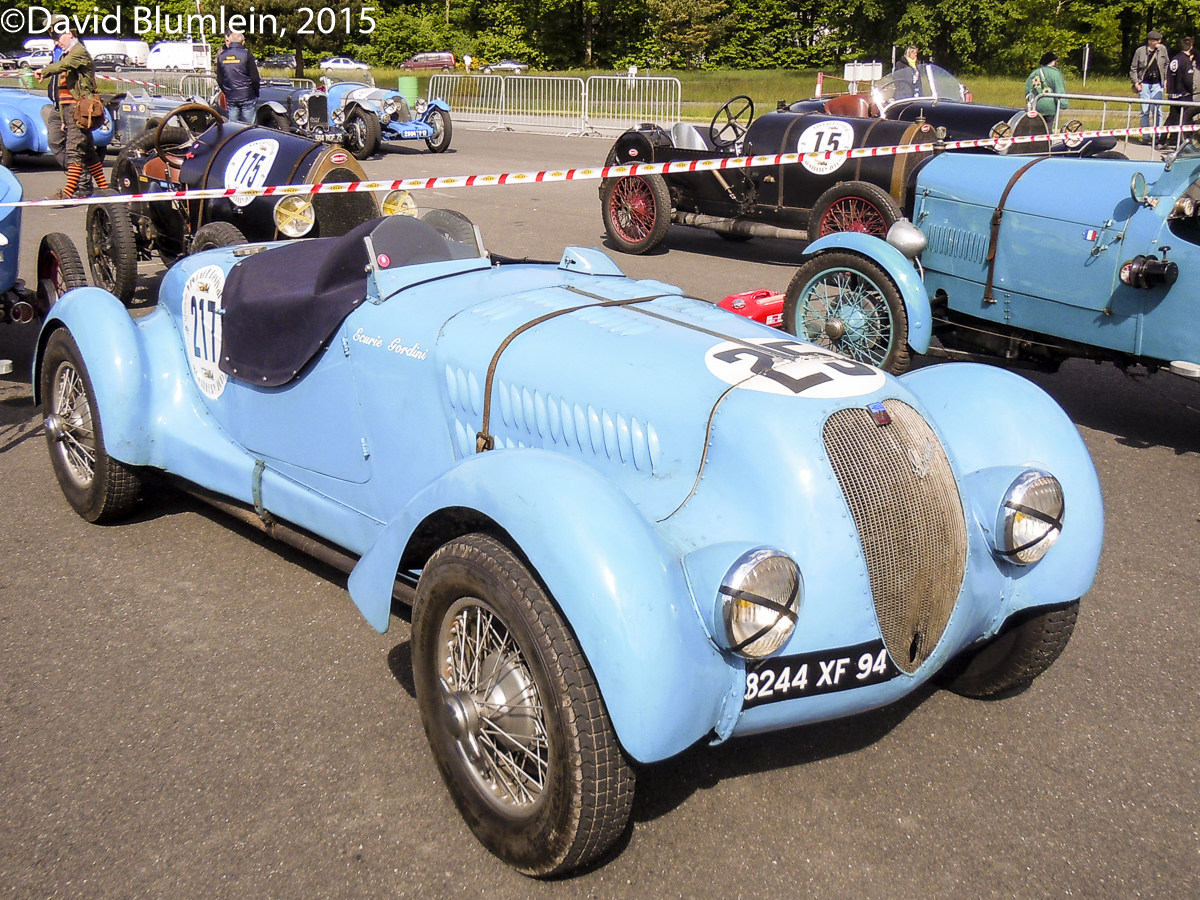 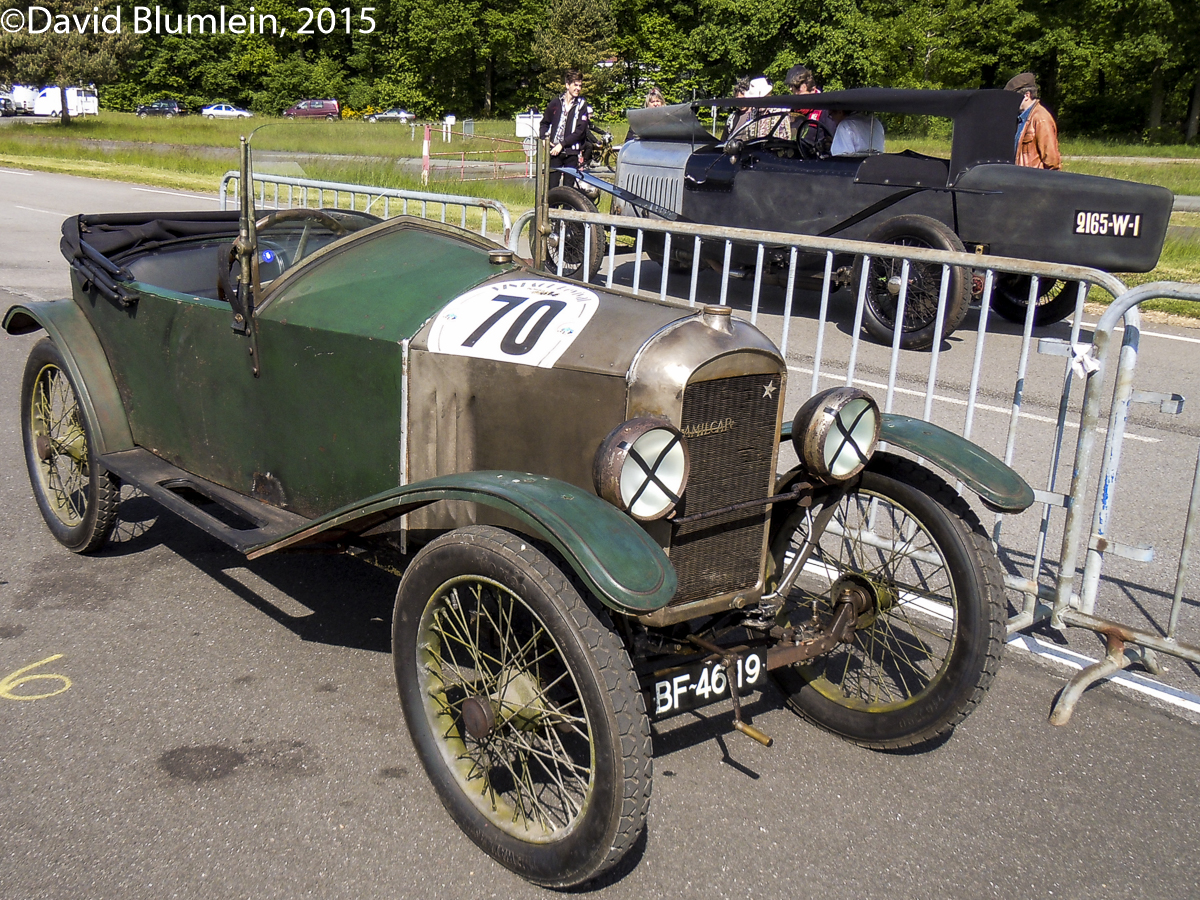 This is an Amilcar CC, the firm’s first model. André Morel used one to win the first Bol d’Or on the Vaujours circuit in 1922. 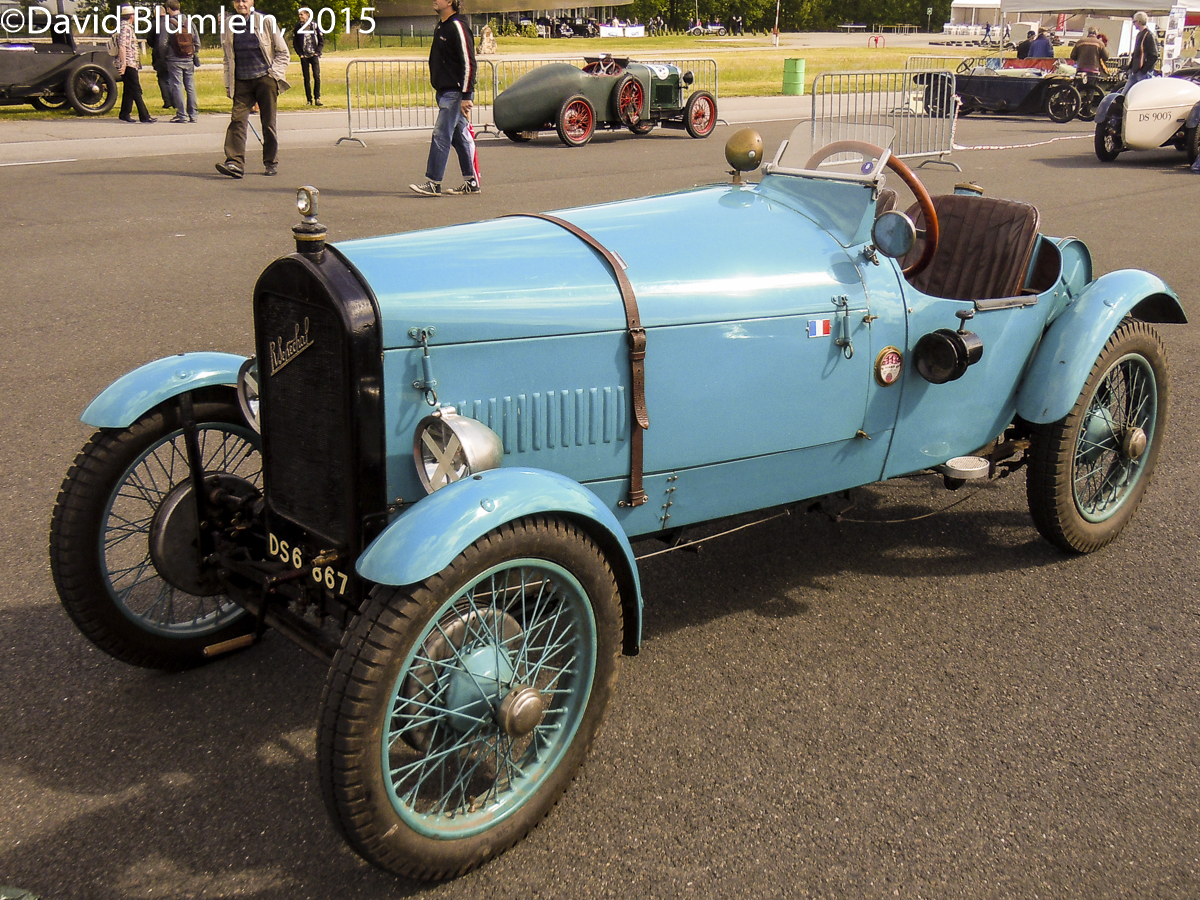 One of France’s best small sporting cars of the 1920s, the Sénéchal. The marque won numerous successes including the Bol d’Or in 1924, ’25 and ’26 at Saint-Germain-en-Laye. 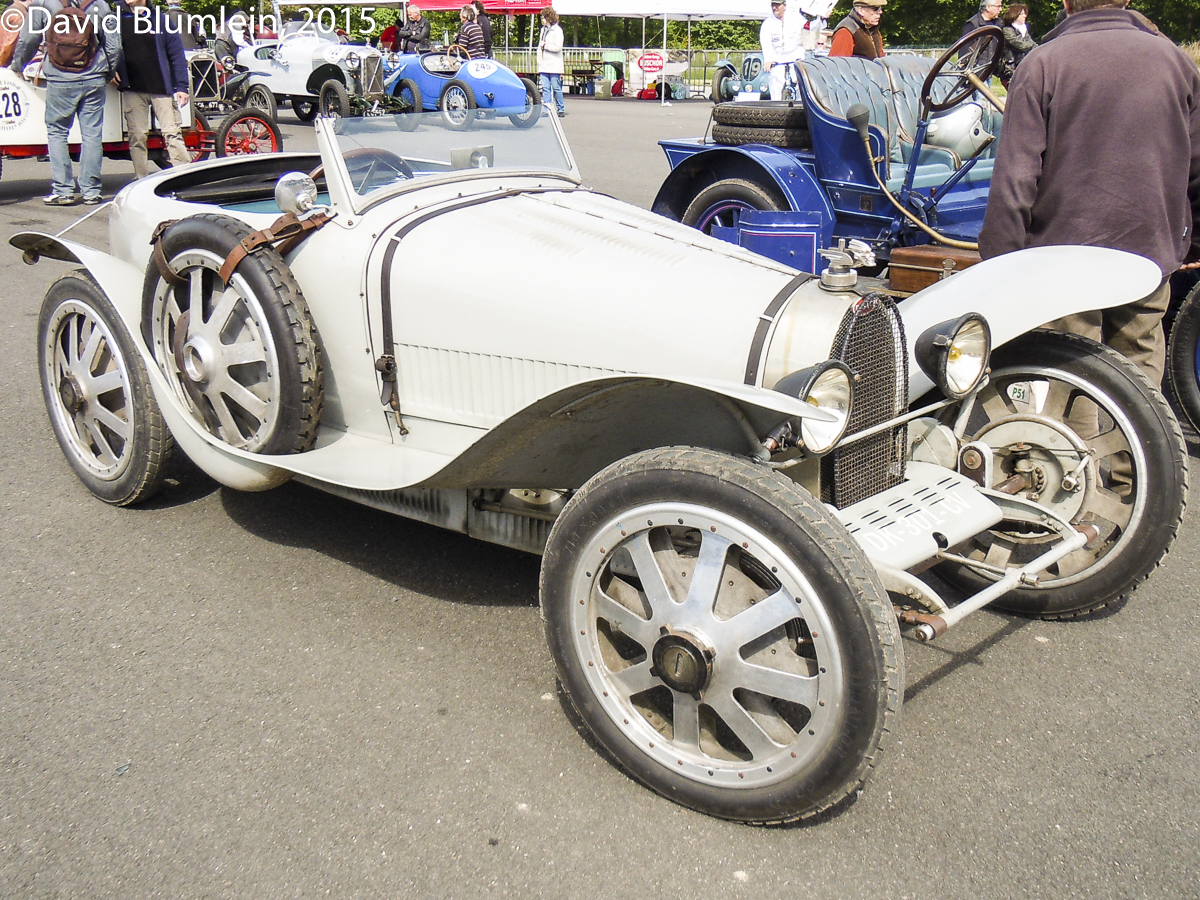 Bugatti Type 39 with a 1.5-litre 4-cylinder engine. A Grand Prix de Tourisme was run at the time of the French Grand Prix in the early Twenties, the last at Montlhéry in 1925. This took place on 19 July, a week before the big race and Bugatti entered five of these Type 39 cars. Clearly derived from the Type 37, they had wider bodies, long flowing wings, hoods and full lighting equipment. They were driven to the circuit from the factory at Molsheim and had little difficulty in dominating the 1500 class, only one of them retiring. It was noted at the time that the race was very poorly supported by the public, the main grandstand occupied by only 59 spectators! 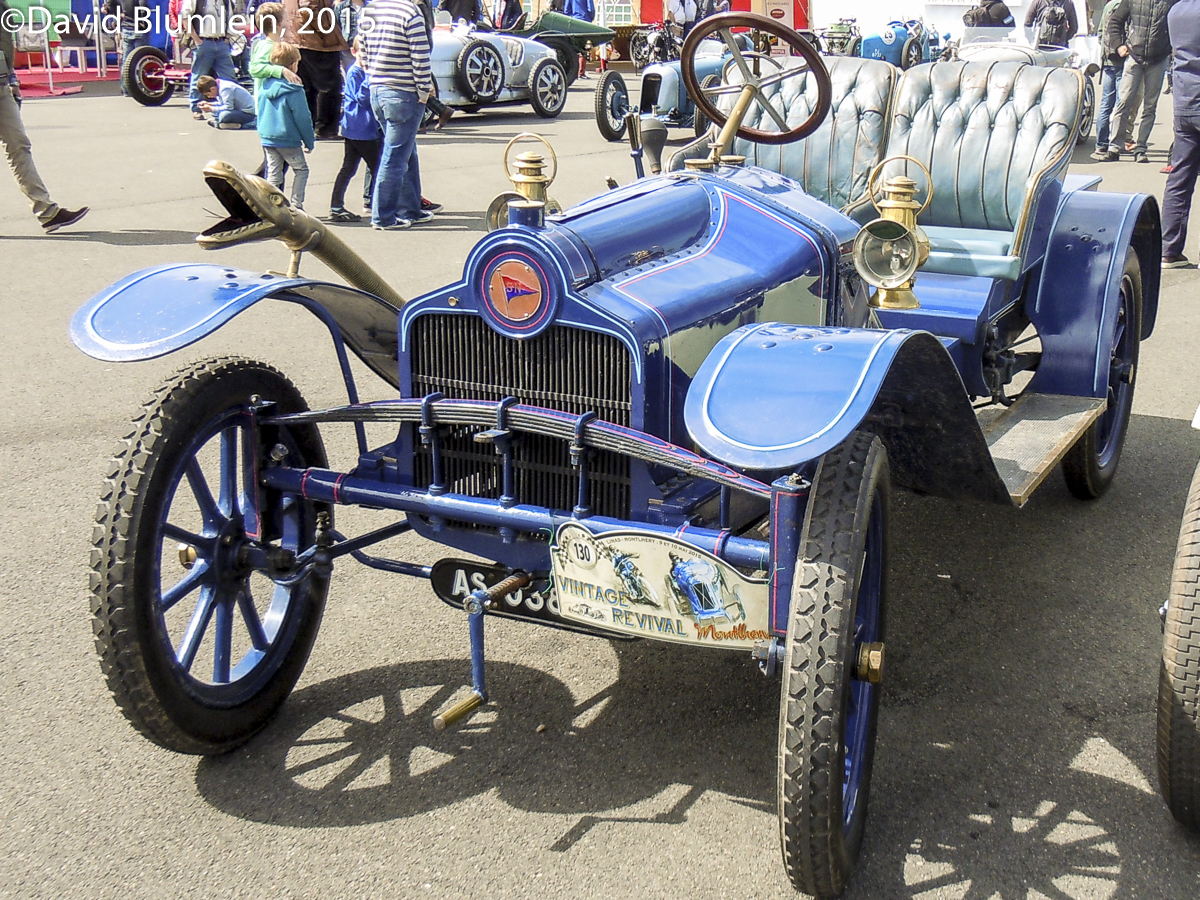 An early Sizaire-Naudin. These cars were noted for their transverse-leaf independent front suspension. 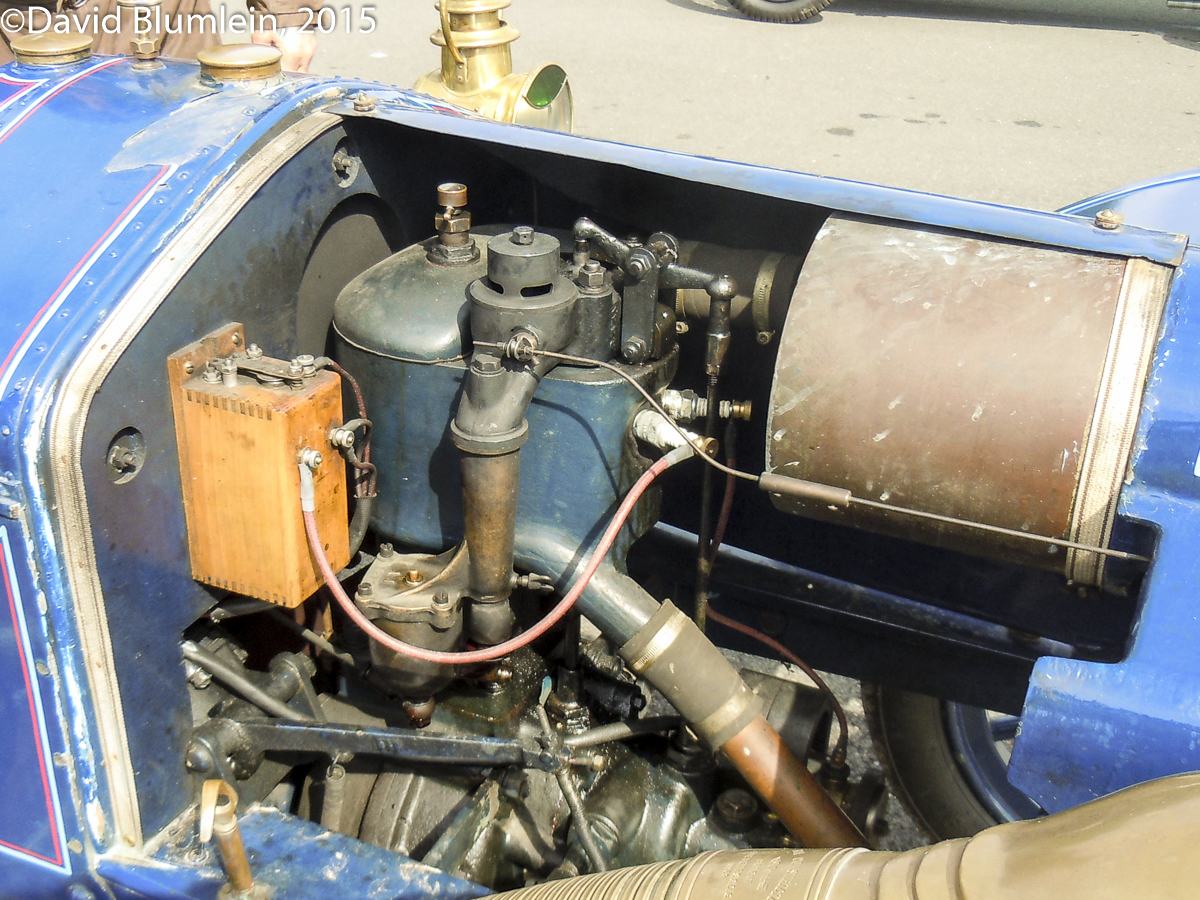 Notice the rocker-operated valve mechanism on the big 1-cylinder engine. 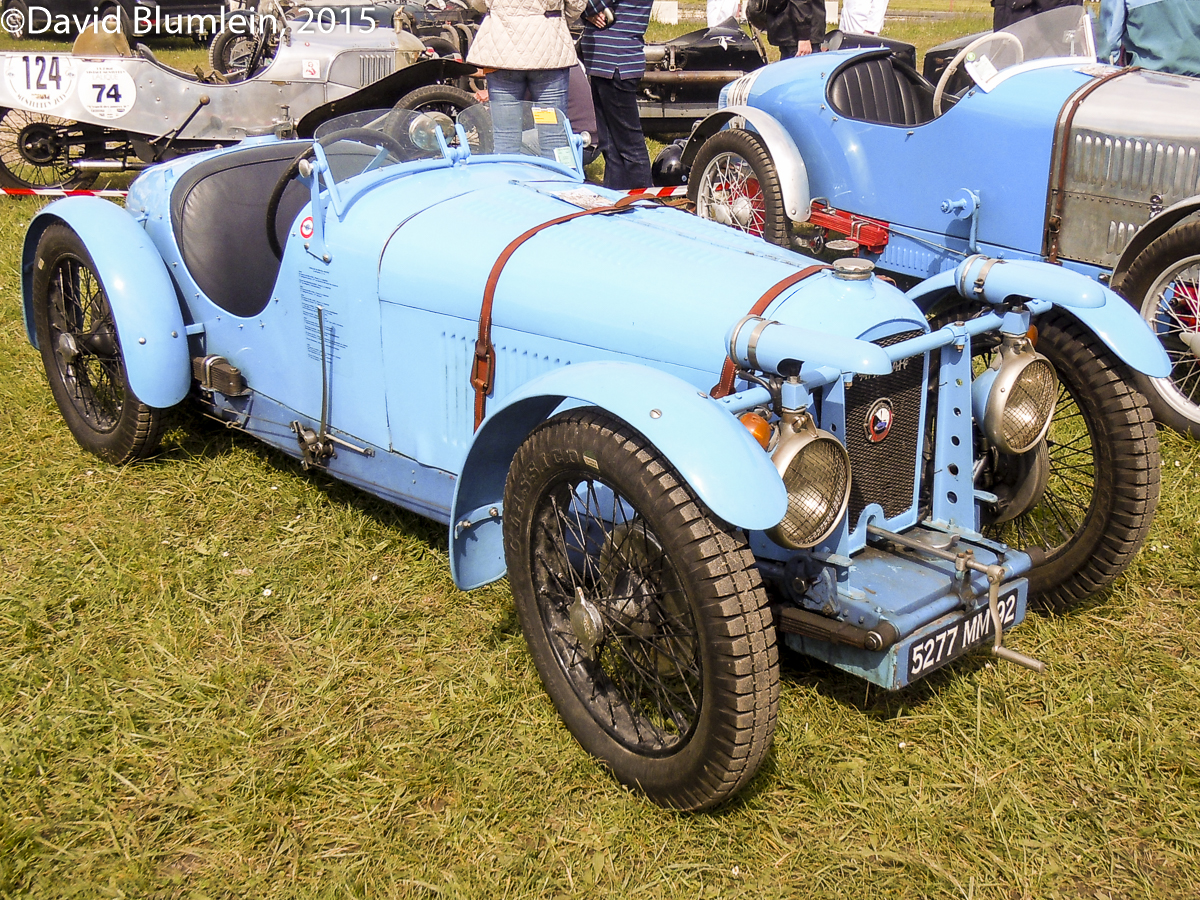 The Amilcar C6 into which C.A. Martin had inserted a 4-cylinder engine. This car scored many successes in the early Thirties, including an outright win in the 1933 Bol d’Or and a class win at the Spa 24 Hours that same year. 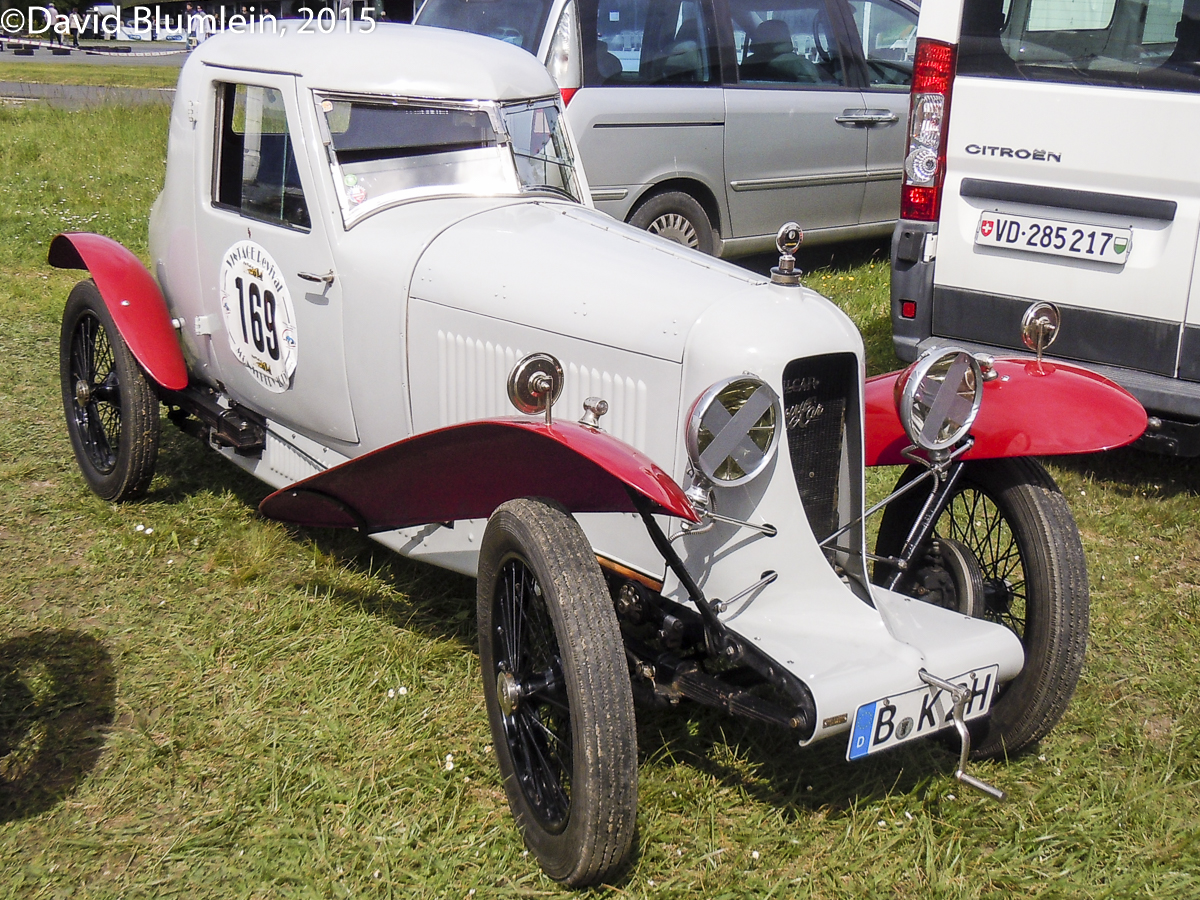 A very pretty Amilcar with a body by Duval. 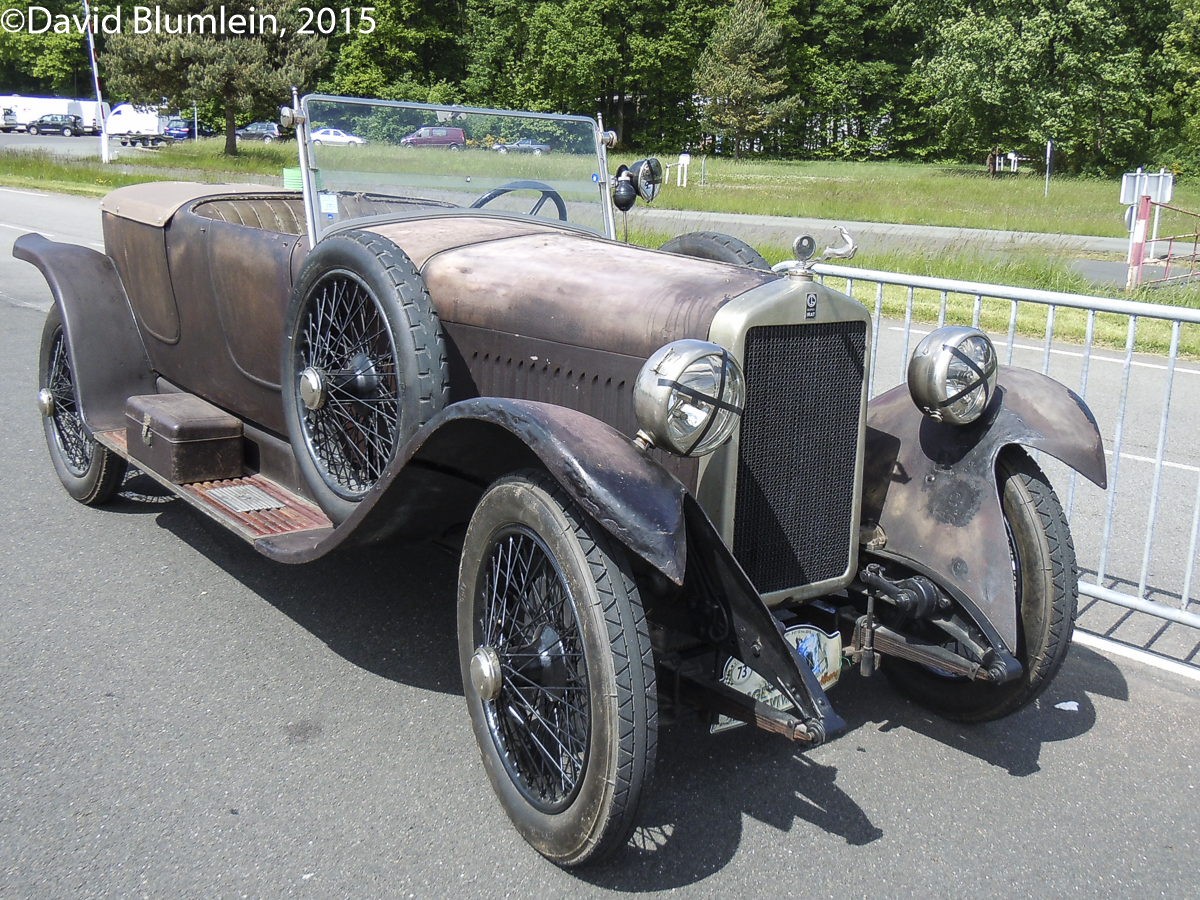 In 1921 Georges Irat introduced this 2-litre 4-cylinder o.h.v. sporting model. It went on to score many successes in the long- distance sports car races of the Twenties – the Routes des Pavées, the Spanish and Moroccan Touring Car Grands Prix and the Coupe du Roi in the 1927 Spa 24 Hours are some examples. 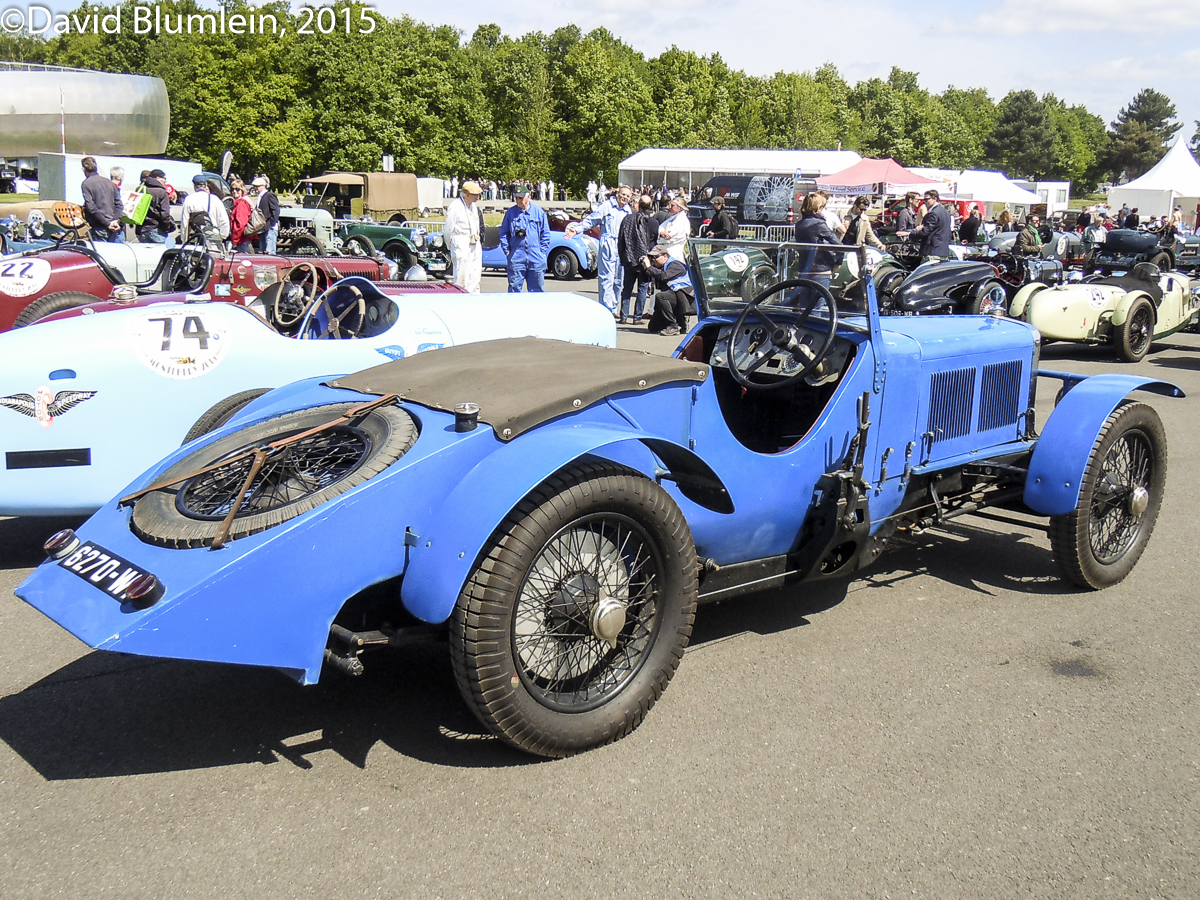 Ariès of Courbevoie, Paris also supported endurance racing in the years after the First World War especially in the 1100 class – a notable success was a class win in the 1924 Le Mans 24 Hours, the car driven by Lapierre and Fernando Gabriel, the victor of the 1903 Paris-Madrid race. 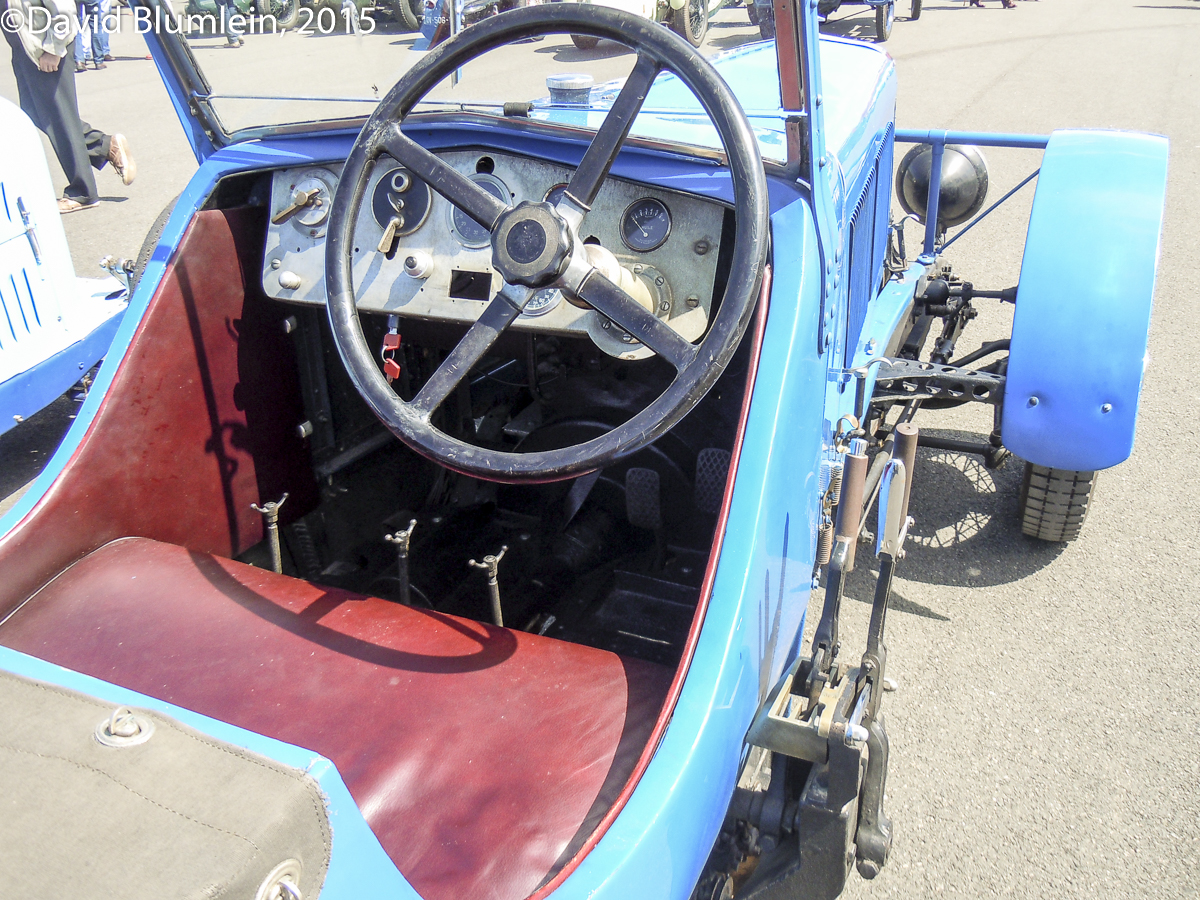 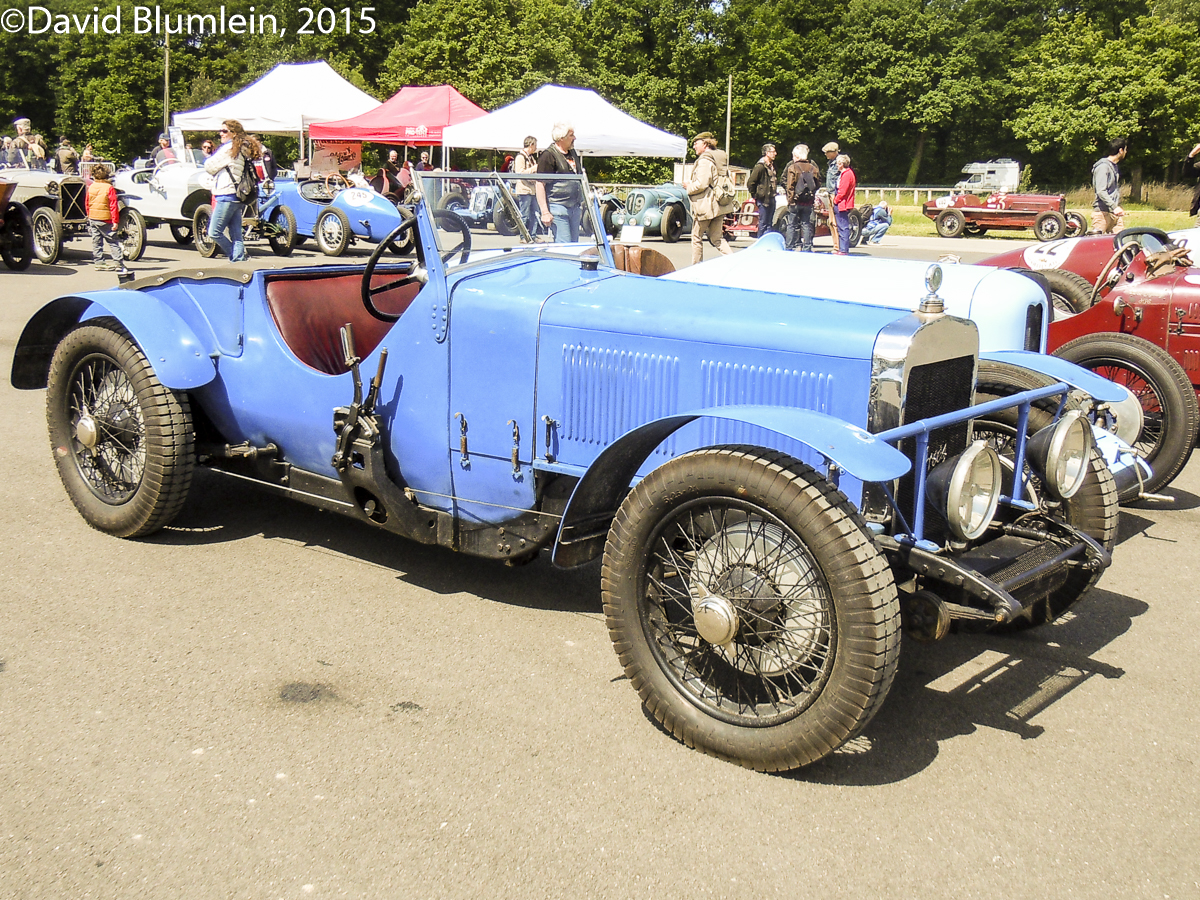 The company then developed this big 4-cylinder 3-litre car which was very unlucky to lose victory in the 1927 Le Mans; some compensation came with a win in the Georges Boillot Cup and a 3rd overall and class win in the Spa 24 Hours that same year. 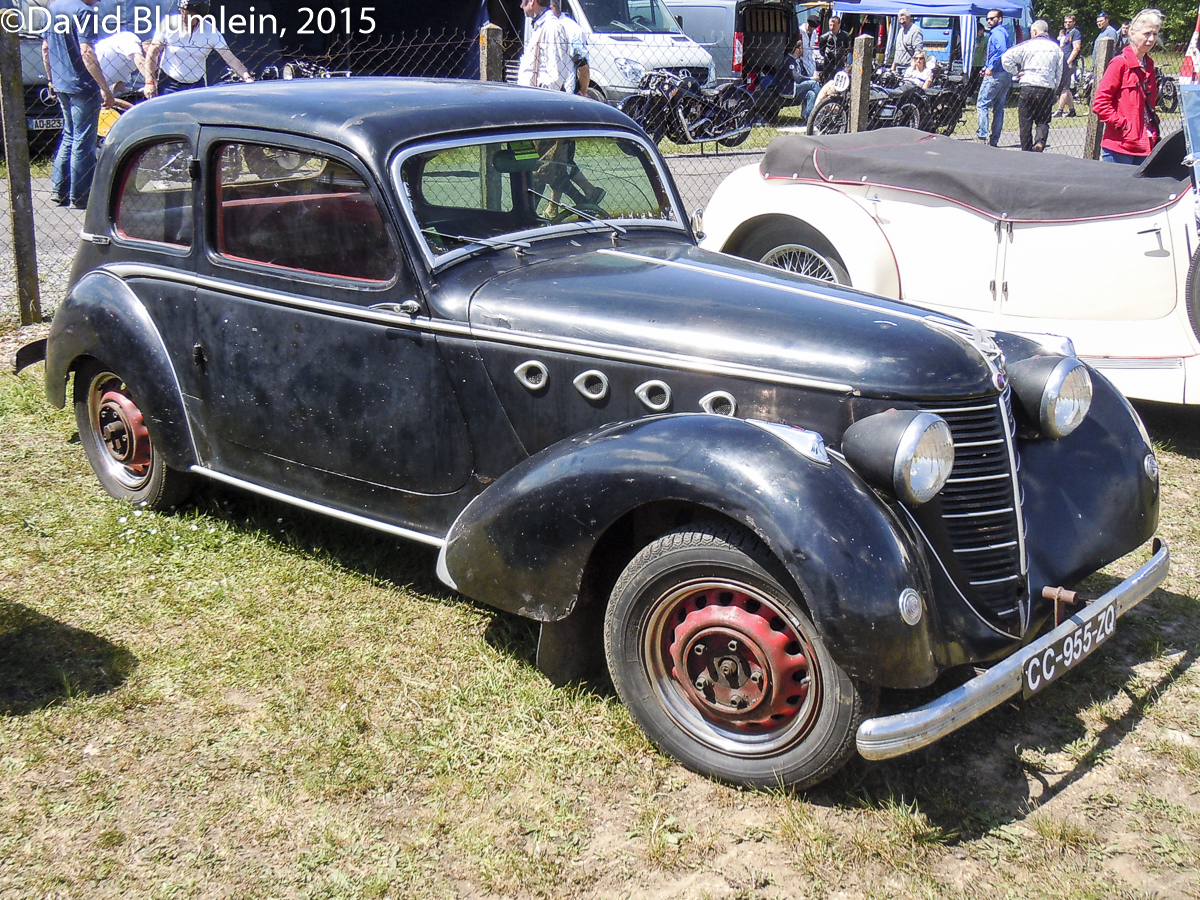 Eventually Hotchkiss bought Amilcar and for 1938 introduced the completely new Amilcar Compound. This may be a rather tatty example but the car has a very interesting specification: unitary construction in Alpax alloy, a 4-speed synchromesh gearbox mounted ahead of the (initially) side –valve 4-cylinder engine which drove the front wheels, all-independent suspension with torsion bars at the rear and rack-and-pinion steering. Only 681 were made.
David Blumlein, May 2016

1 thought on “Vintage at Montlhéry”