The Special Correspondent has been to Coventry and, as usual, he brings us some automotive treasures.

While attending the excellent seminar of the Society of Automotive Historians at Coventry Transport Museum, I grabbed a few moments in the lunch hour to nip around that part of the museum which has already been re-furbished. Here are some of the gems: 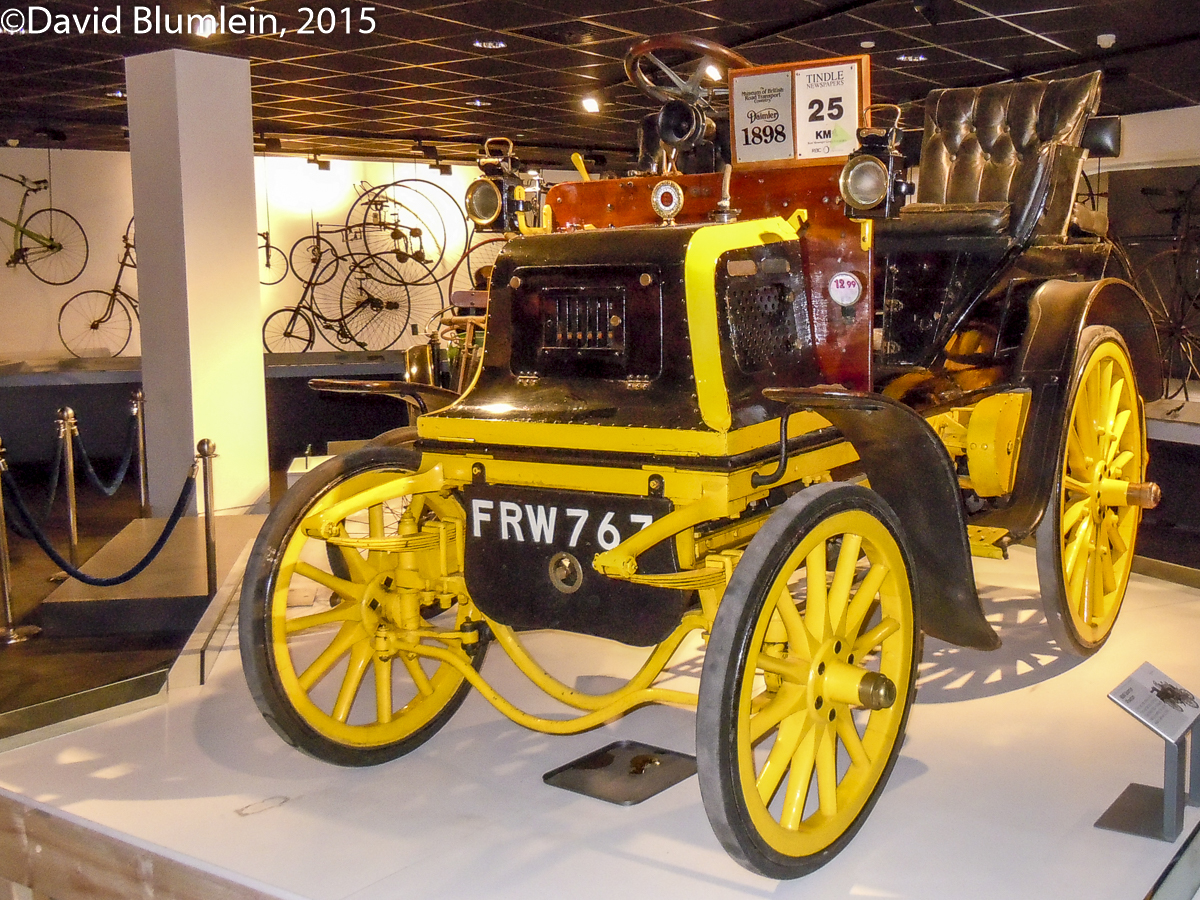 This is where the story all began. In 1888 F.R. Simms met Gottlieb Daimler at the Bremen International Exhibition. Five years later the Daimler Motor Syndicate Ltd was formed in London following Simms’s acquisition of the Daimler engine patent rights for Great Britain. In 1895 the British Motor Syndicate Ltd, led by the dubious Harry J. Lawson, acquired those rights from Simms. This in turn led to the flotation of the Daimler Motor Company Ltd in Coventry in 1896. By 1897 production was under way of Daimler cars in the Coventry “Motor Mills” alongside the MMC cars. This Daimler dates from 1898. 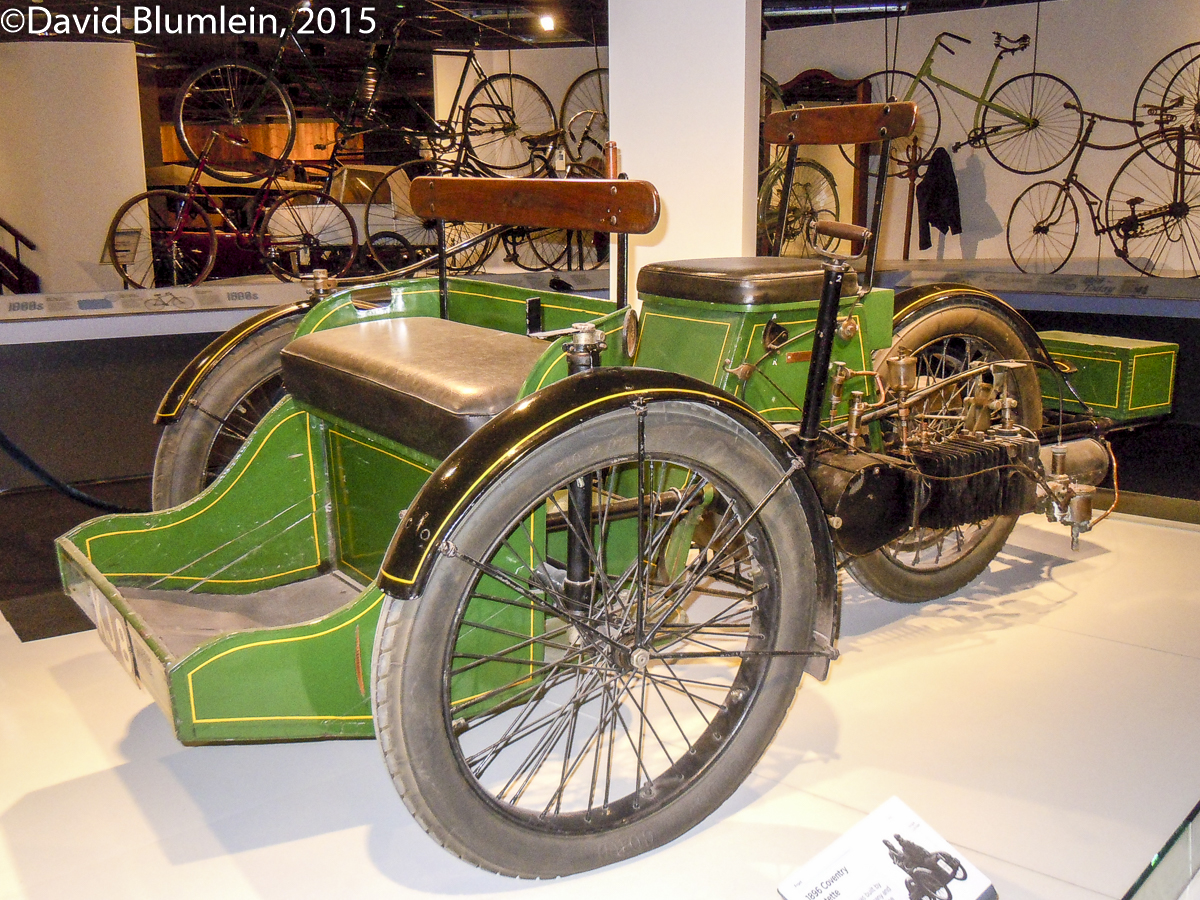 In 1896 Lawson paid Léon Bollée £20,000 for the English manufacturing and patent rights of his 3-wheeler – thus did Humber make the first Léon Bollée Voiturette built in this country. 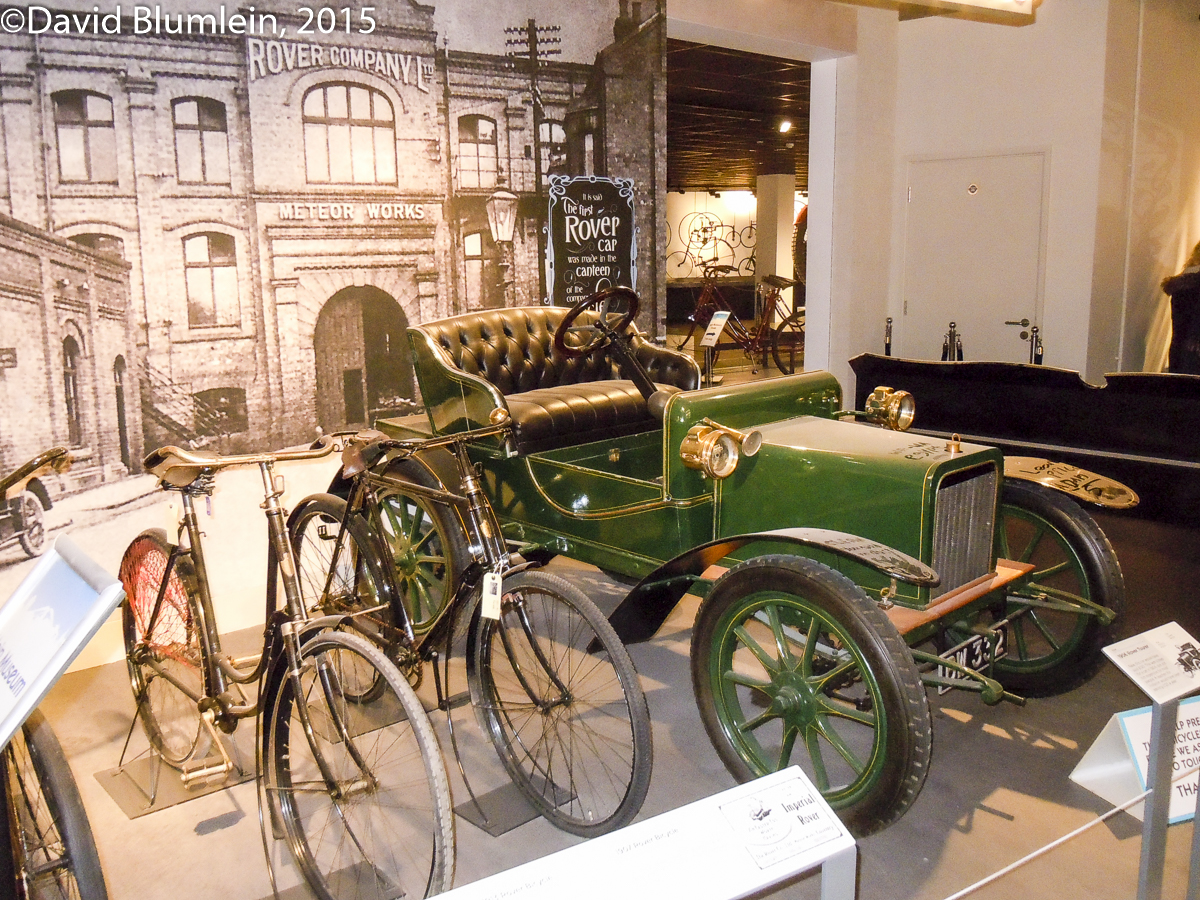 A Rover 6 displayed in front of a depiction of the original Meteor works in Coventry with some early Rover cycles. This factory never survived the Luftwaffe’s onslaught. The 6hp model was the second model Rover produced, the first being the 8 in 1904, the first car with a backbone chassis, designed by Edmund Lewis. 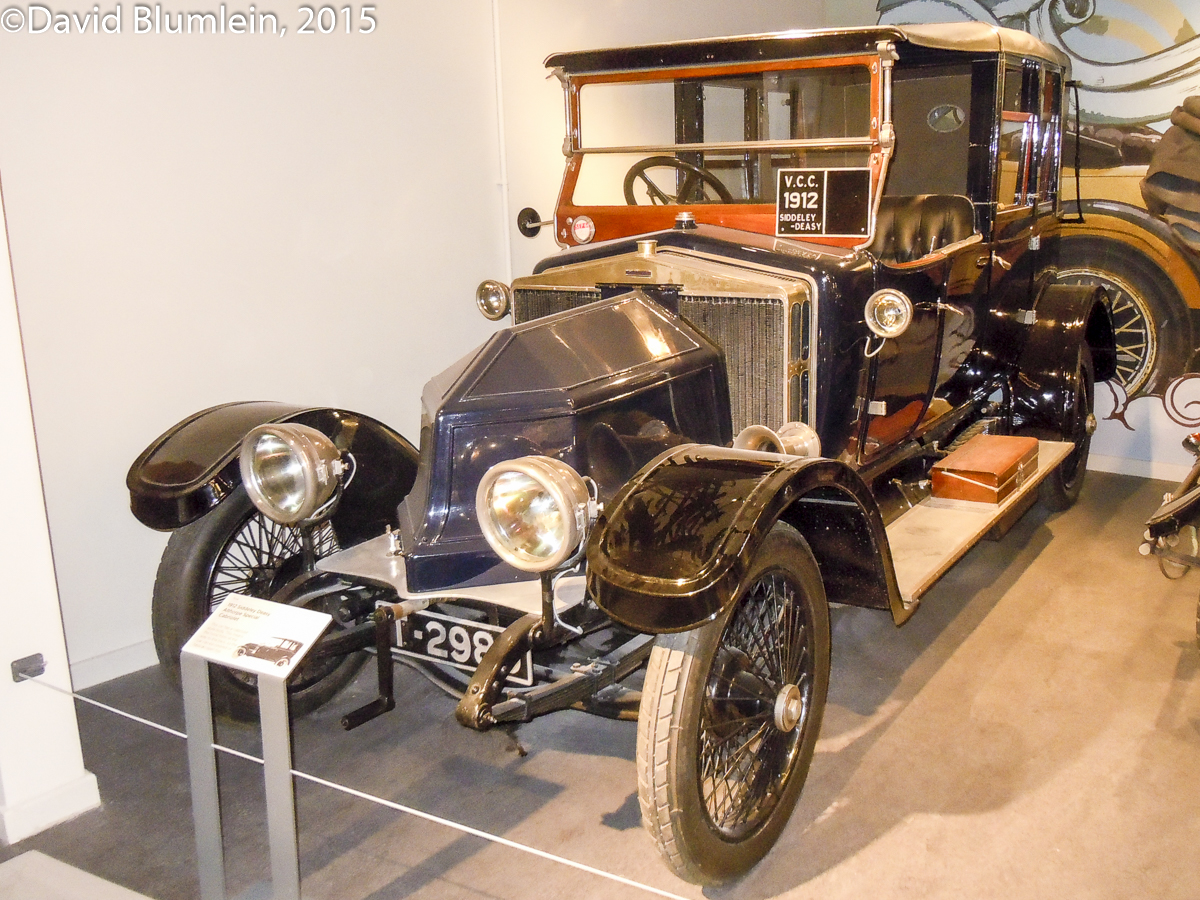 John Davenport Siddeley took over the ailing Deasy company in 1909 and the cars were known as Siddeley-Deasys – they had bulkhead- mounted radiators like the Renaults. This is a 1912 model. After the Great War the cars became Armstrong-Siddeleys. 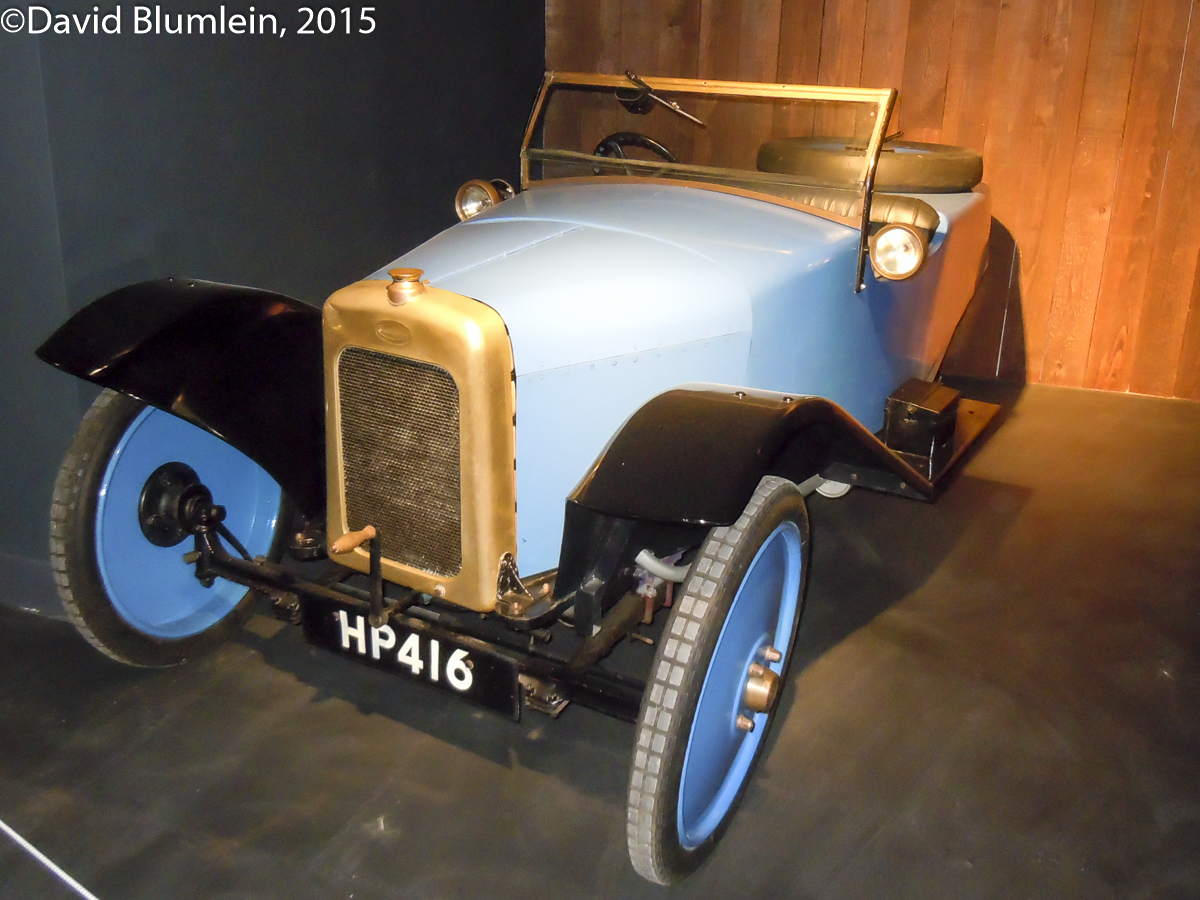 A Coventry Premier 3-wheeler. The company made a cyclecar in 1912-14 and an advanced 4-cylinder failed to make production with the coming of the war. This cheaper model was considered more appropriate for the post-war conditions. It had a V-twin engine. Singer took over the firm and produced a 4-wheel variant and a cheap version of the Singer Ten was badged as a Coventry Premier in 1923 before dropping the name altogether in the next season. 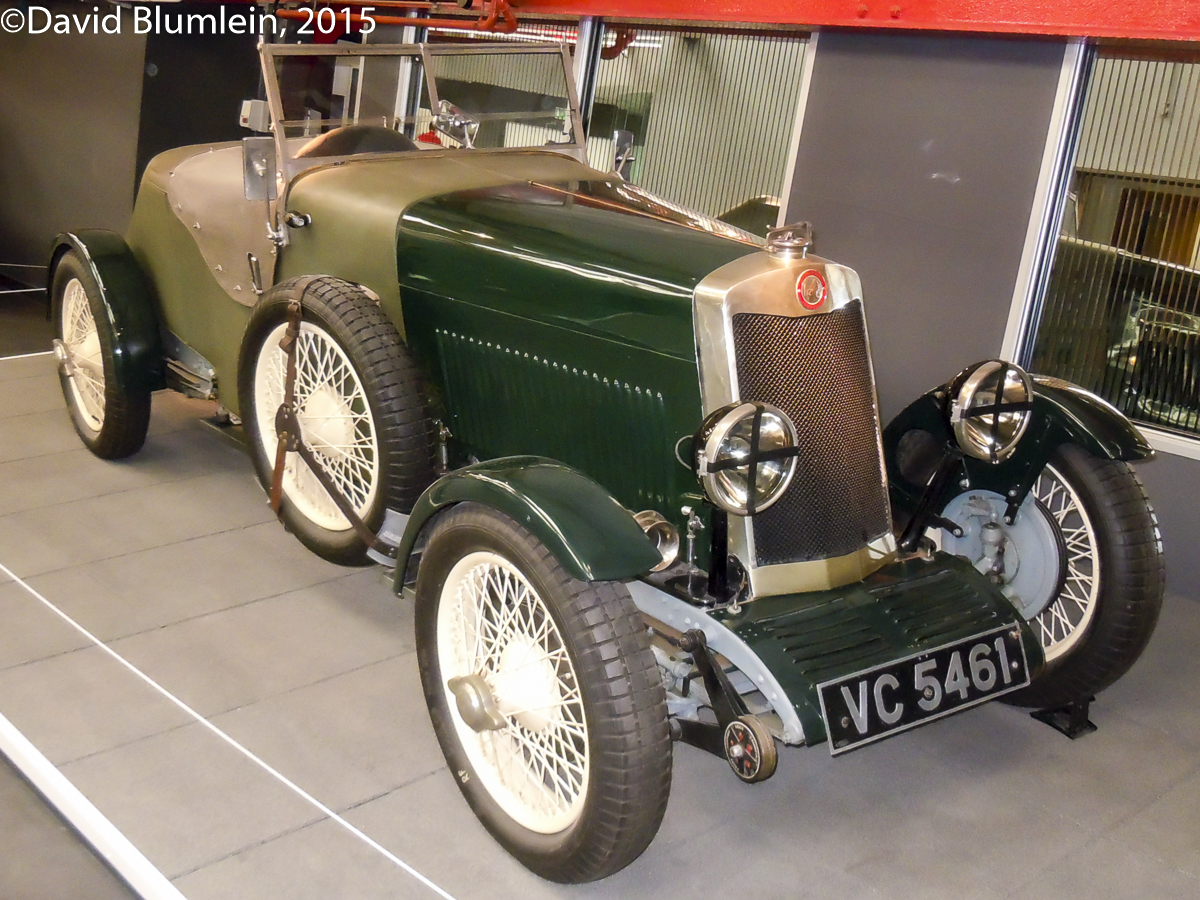 This is the Lea-Francis Hyper which was driven by Kaye Don to victory in the revived Tourist Trophy race, run on the Ards circuit for the first time in 1928. 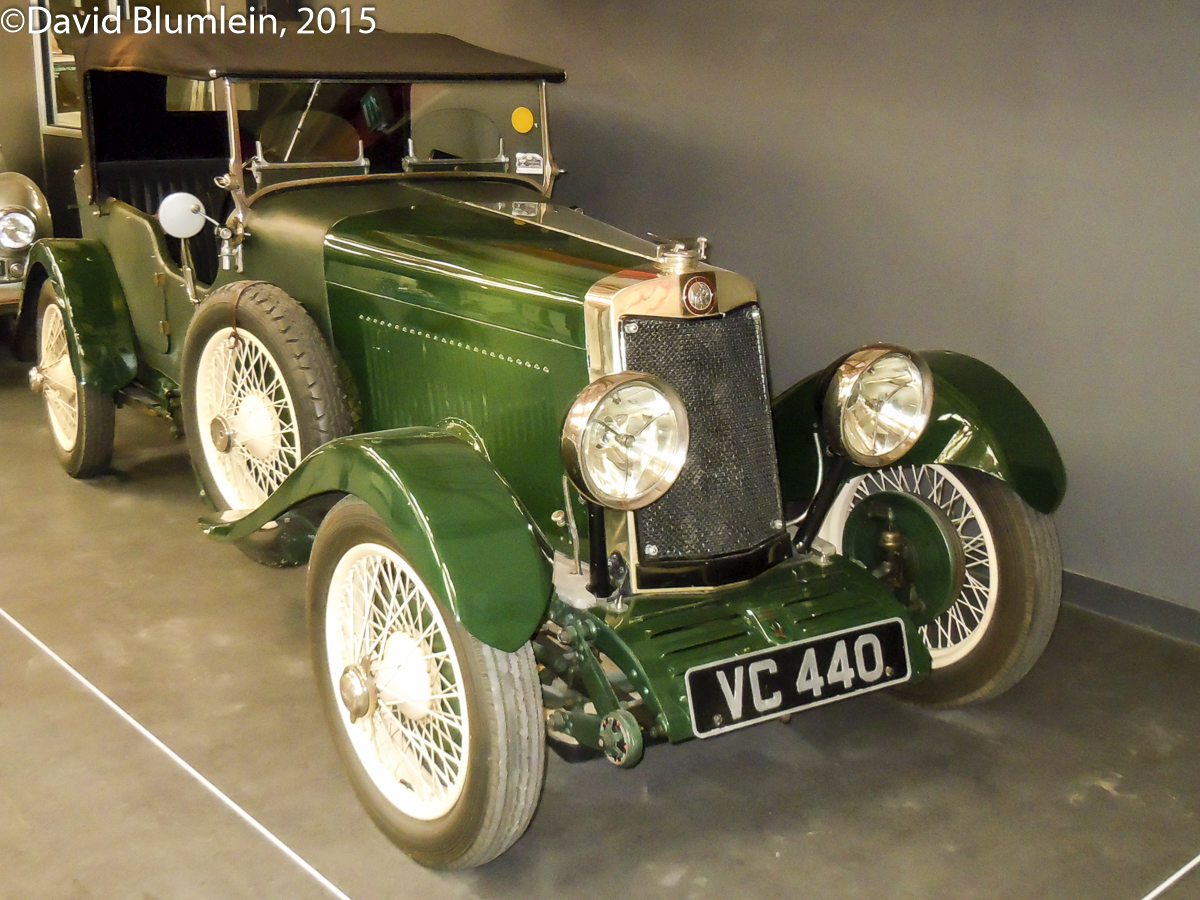 Lea-Francis were at the peak of their competition successes in the late Twenties and this 4-seater version of the Hyper won the 1500 c.c. class at Le Mans in 1929 driven by Peacock and Newsome, finishing 8th overall. The following year they won the class again with a 6th place finish. 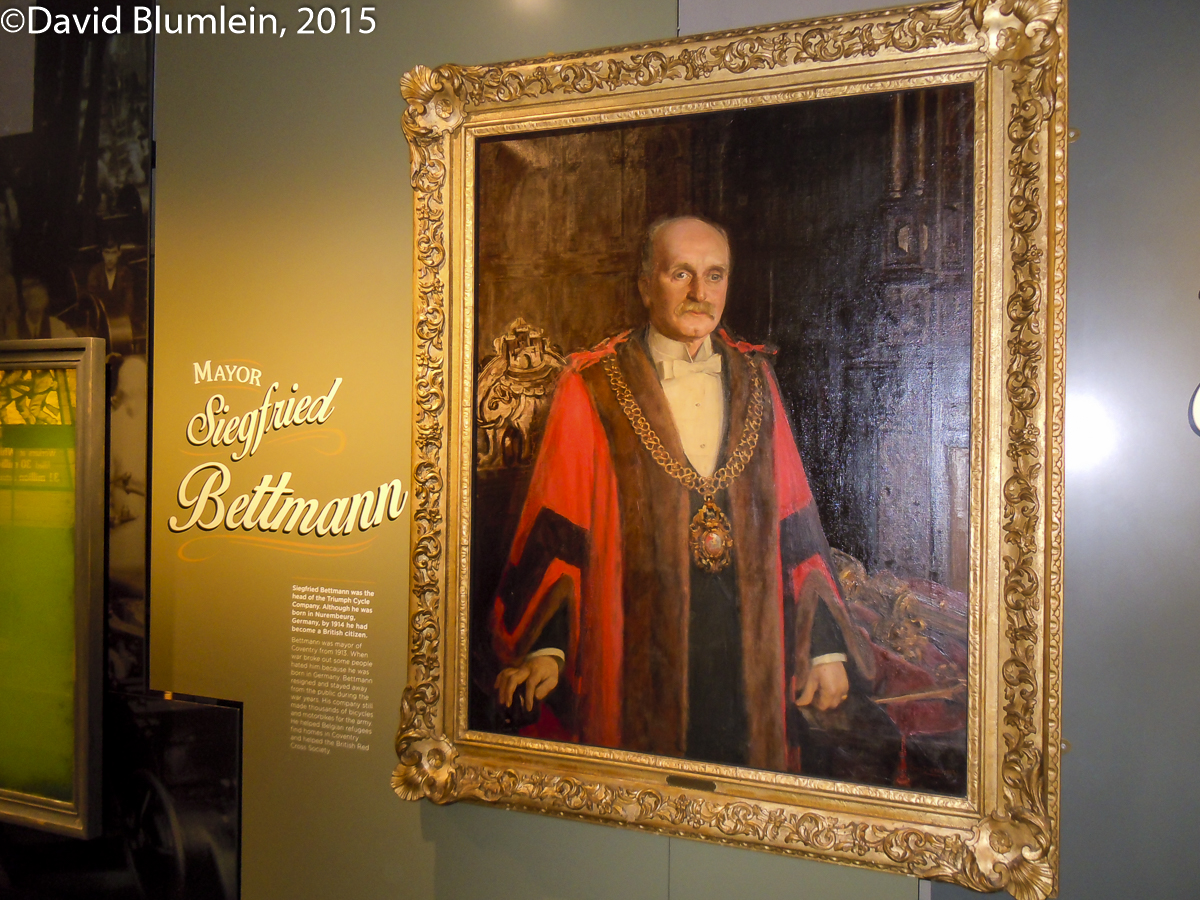 A portrait of Siegfried Bettmann who, as a German immigrant, adopted England as his home and who rose to become Mayor of Coventry in 1913. He is remembered also as the creator of the Triumph Company.