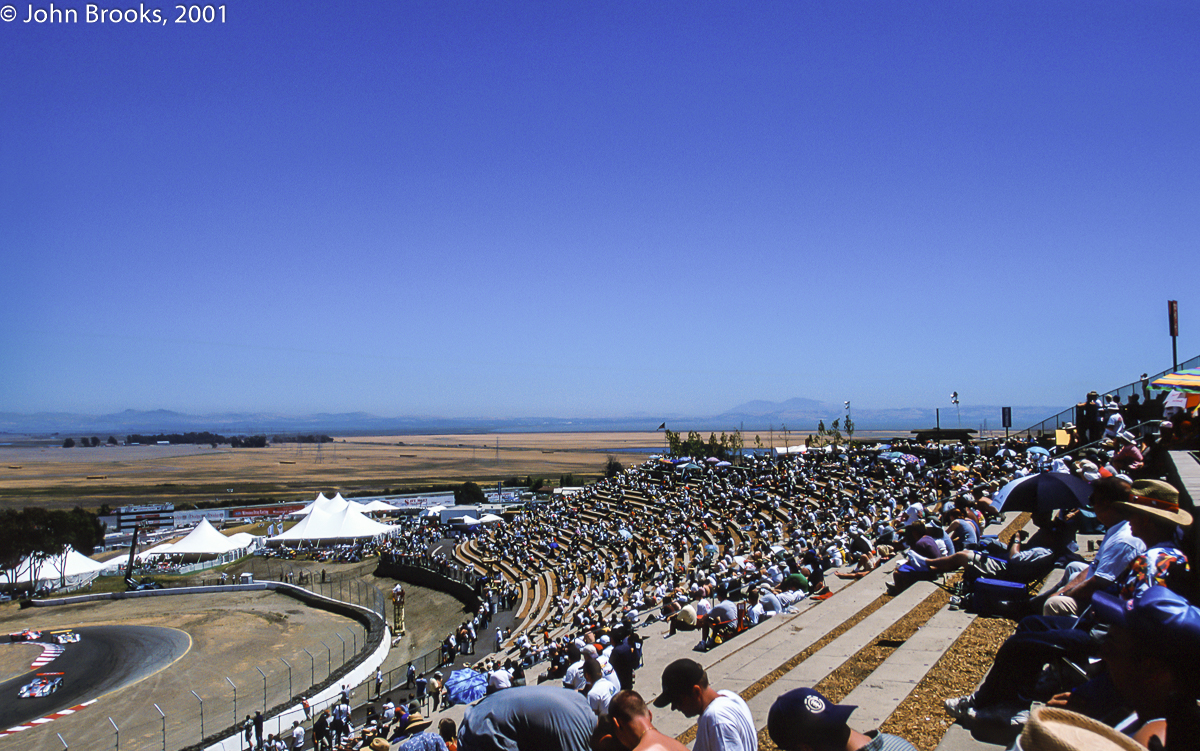 Back to 2001 and Sears Point, that great little track across the bay from San Francisco for the X-Factor Grand Prix of Sonoma. Emanuele Pirro leads Dindo Capello in the werks Audi R8s, but by the Chequered Flag, the positions were reversed. A decent crowd turned out to witness the contest, a typically competitive affair in the American Le Mans Series during the early years.