As money is losing value almost as fast as the politicians and bureaucrats can waste it, many are turning to assets to hedge against the silent theft of their wealth by the State. So art dealers’ businesses are  flourishing, as are those in the buoyant classic car market. Our Special Correspondent paid a visit to the hallowed ground at Brooklands, to see for himself what was on offer in the first big sale of the year in this locality.

Auctions invariably turn up some interesting cars and that of Historics at the Mercédès-Benz World at Brooklands was no exception, and a quick excursion into the museum at the old track also revealed one or two new exhibits as well. 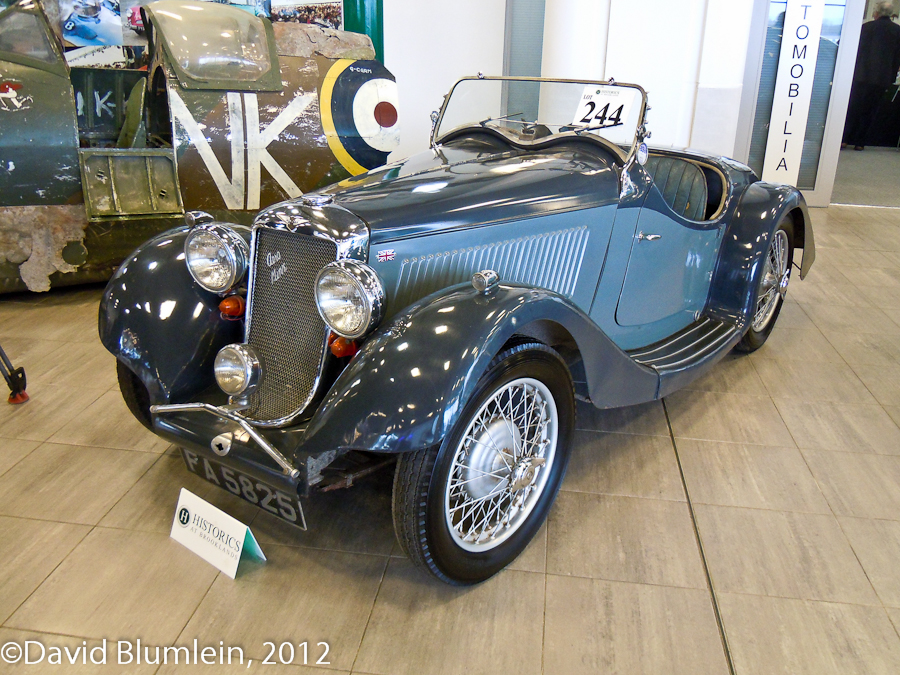 Conceived by Capt. J.S.Irving – designer of the “Golden Arrow” Land Speed Record car – and A.H. Wilde, the Hillman Minx was launched in 1931 and went on sale in 1932. Some six months later the Aero Minx was introduced. 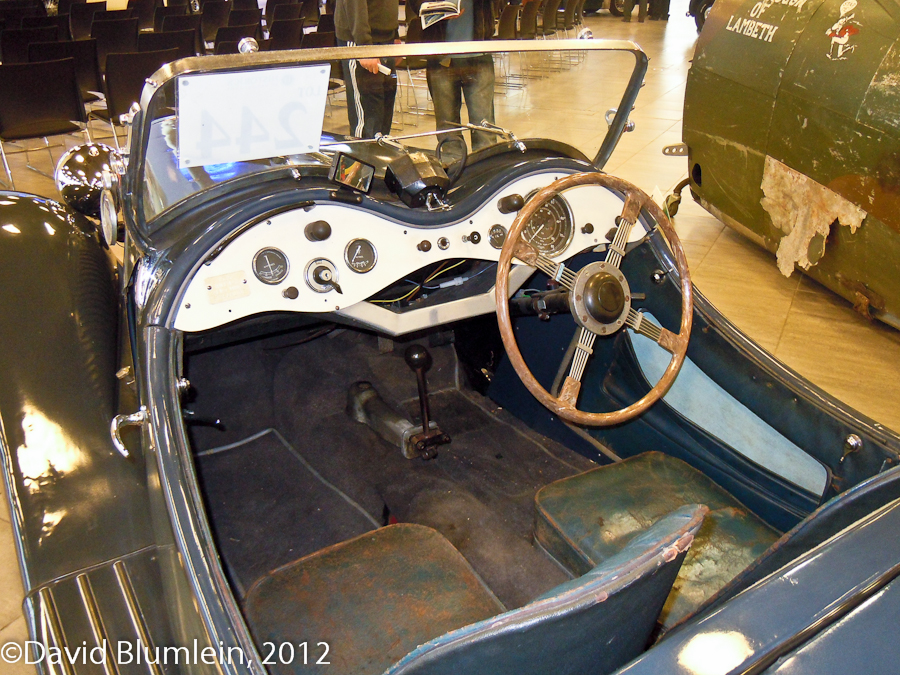 Mechanically similar with the same 1185 c.c. 4-cylinder side-valve engine, it was given a new under-slung frame, a high compression cylinder head and a remote control gear-change. To give a more sporting appearance the radiator grille was swept forward at its base. The standard bodywork style was a 2+1 fastback coupé with the rear seat set crosswise. From late 1934 an all- synchromesh gearbox was fitted and the Streamline open two-seater body was available. 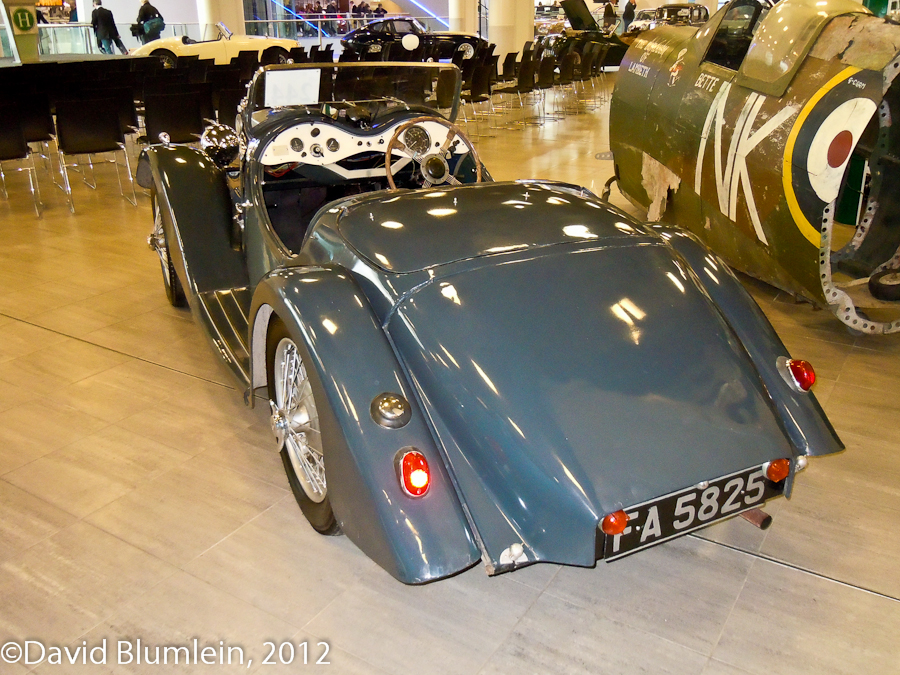 By 1936 Rootes badge-engineering had taken over and the car evolved into the new Talbot 10. 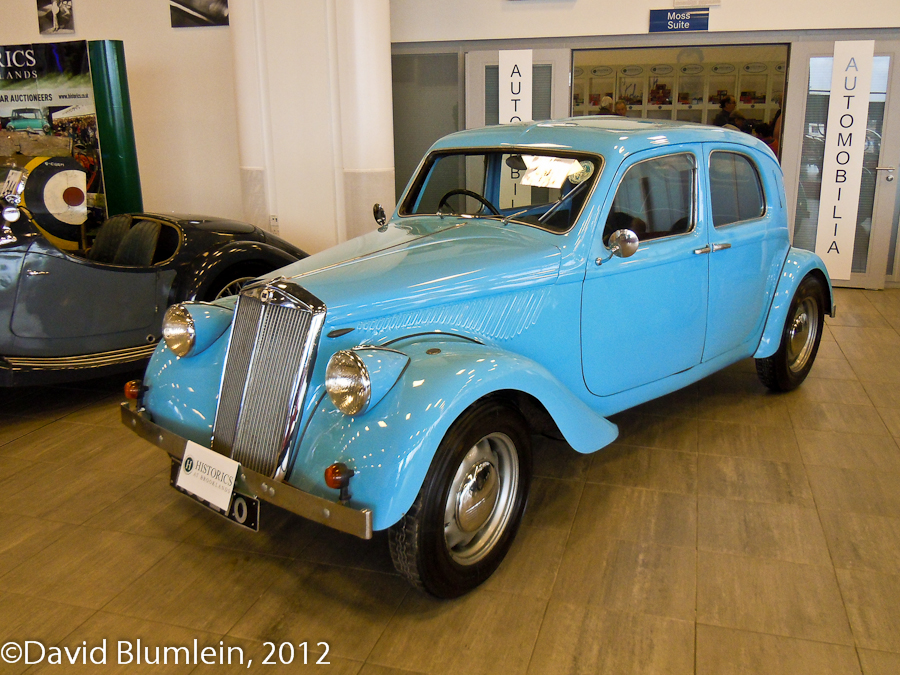 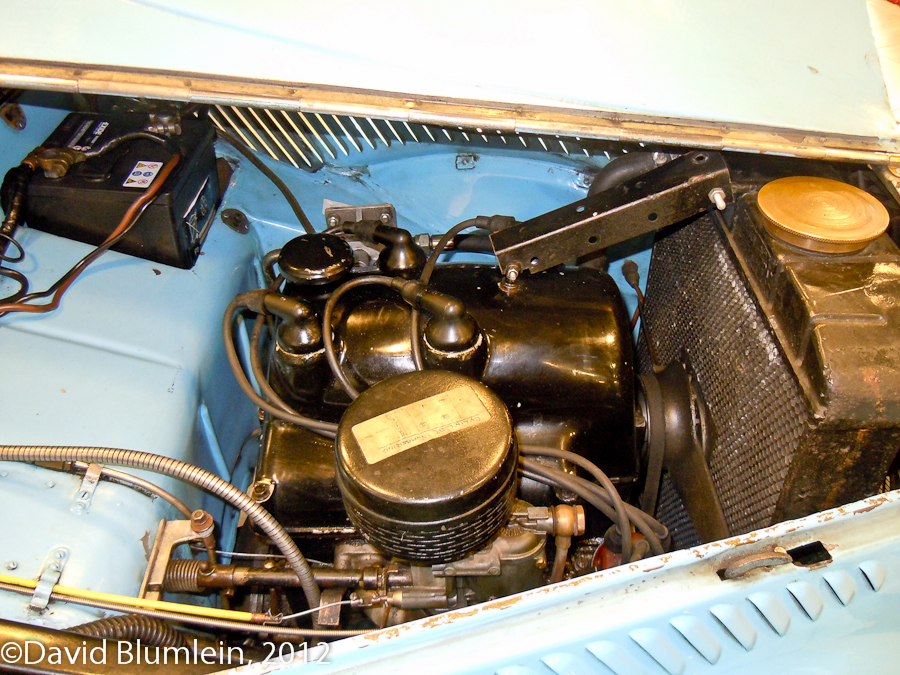 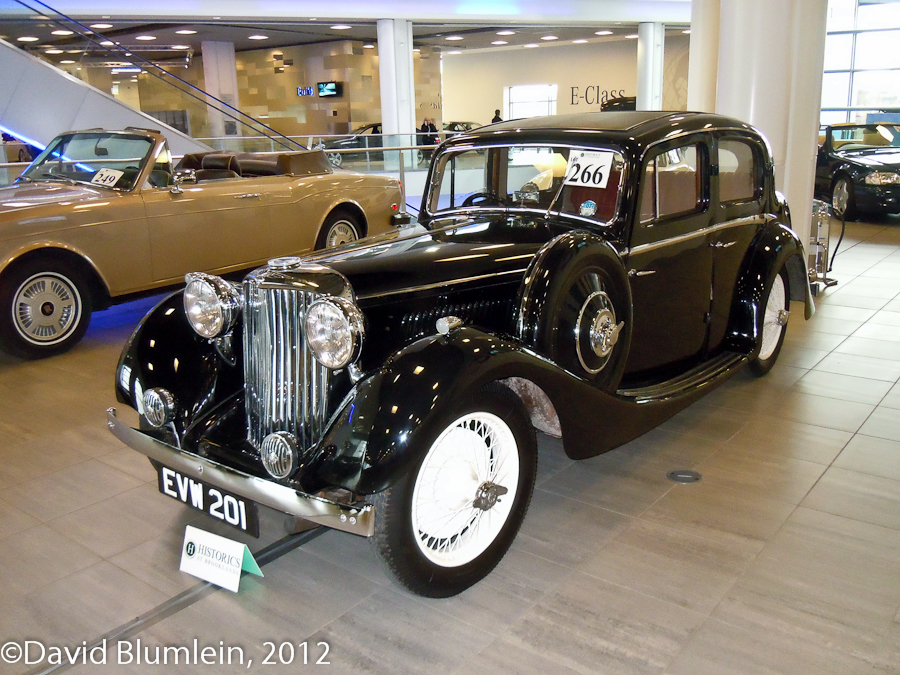 This was the smallest car Jaguar ever produced. Like all the stunning SS Jaguars introduced in 1935, it relied on Standard mechanicals, in this case the 4-cylinder Standard Twelve 1608 c.c. side valve engine. In the picture below you can see the name Standard stamped on the cylinder block. 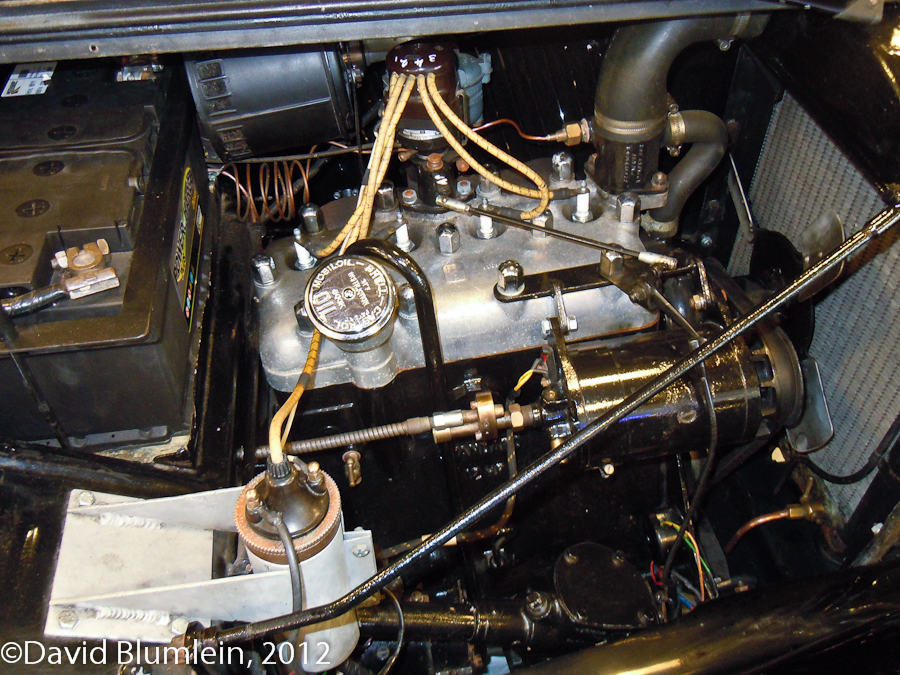 While by 1938 the bigger 2.5-litre and 3.5-litre models were using special Weslake-developed overhead valve heads, the 1.5-litre used the Standard Fourteen 1776 c.c. engine with Standard-produced o.h.v. – this engine went on to power the post-war Triumph Roadster and Renown models as well as the what-was-now the Jaguar 1.5-litre. The early small SS Jaguar can be recognised by the spare-wheel cover whose top is higher than the level of the bonnet. 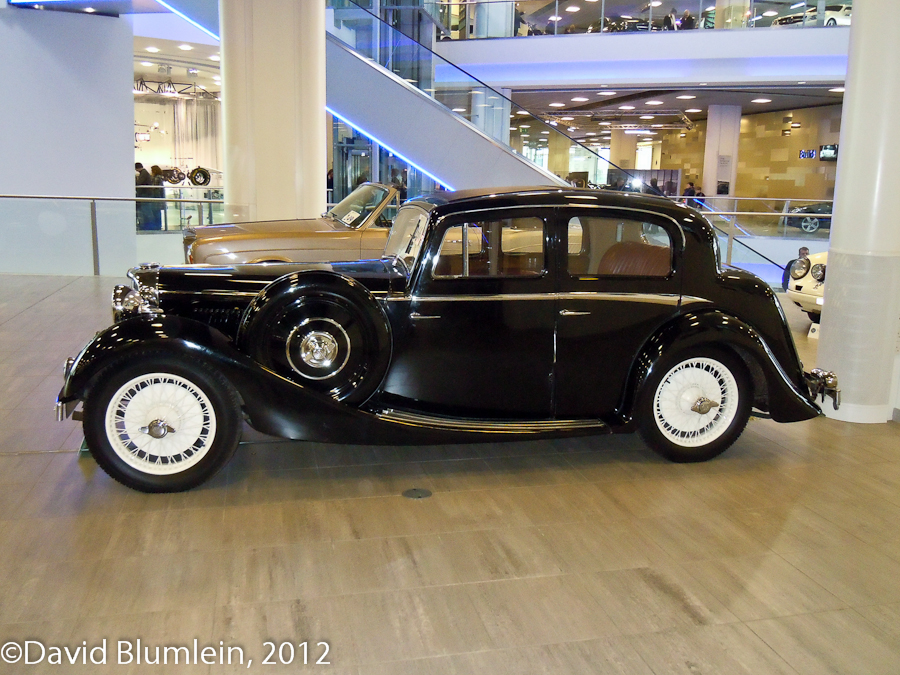 This “baby” Jaguar easily outsold all the other models in the pre-war range. 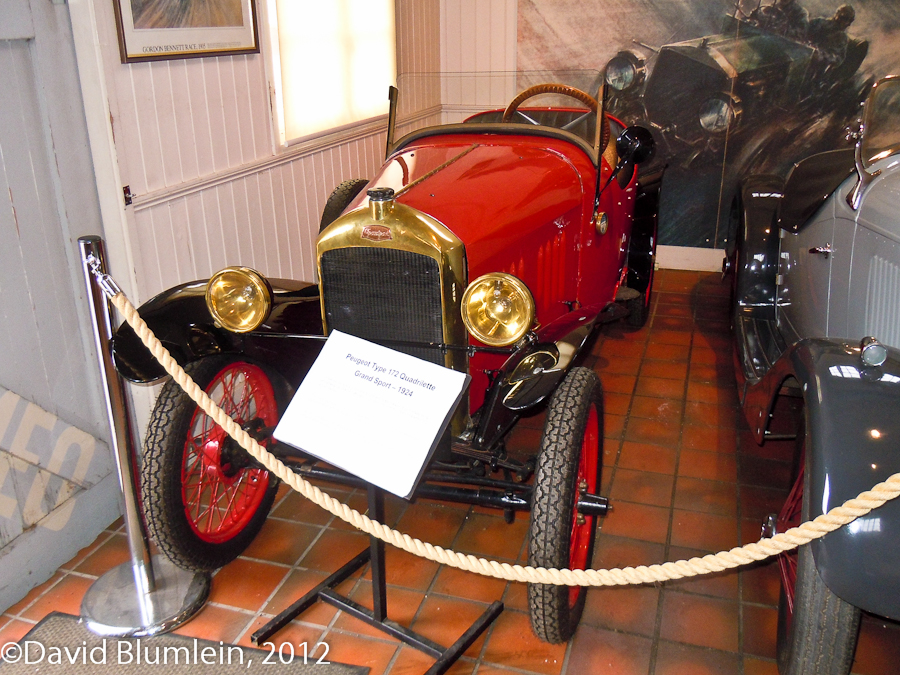 In the last days of 1919 Peugeot revealed their successor to the Bugatti-designed Bébé: the Type 161 Quadrilette which had a 4-cylinder 667 c.c. engine and the two seats mounted in tandem; this successful little car was made in the factory at Beaulieu in eastern France. In 1922 it was re-designed as the Type 172 and it acquired staggered seats. By 1924 production was moved to Peugeot’s main plant at Sochaux and later the engine size was increased to 720 c.c.

It was joined in 1924 by the Grand Sport, a 5CV model of which only 100 were made. It was clearly a tough little car as one of them won its class in 1926 in the car-destroying Circuit des Routes Pavées, a demanding race around cobbled roads in the southern outskirts of Lille. The standard model evolved into the 5CV Type 172 which appeared at the 1924 Tour de France and examples of the car took the first three places in its class in the first Mille Miglia in 1927. Certainly a rugged little car! 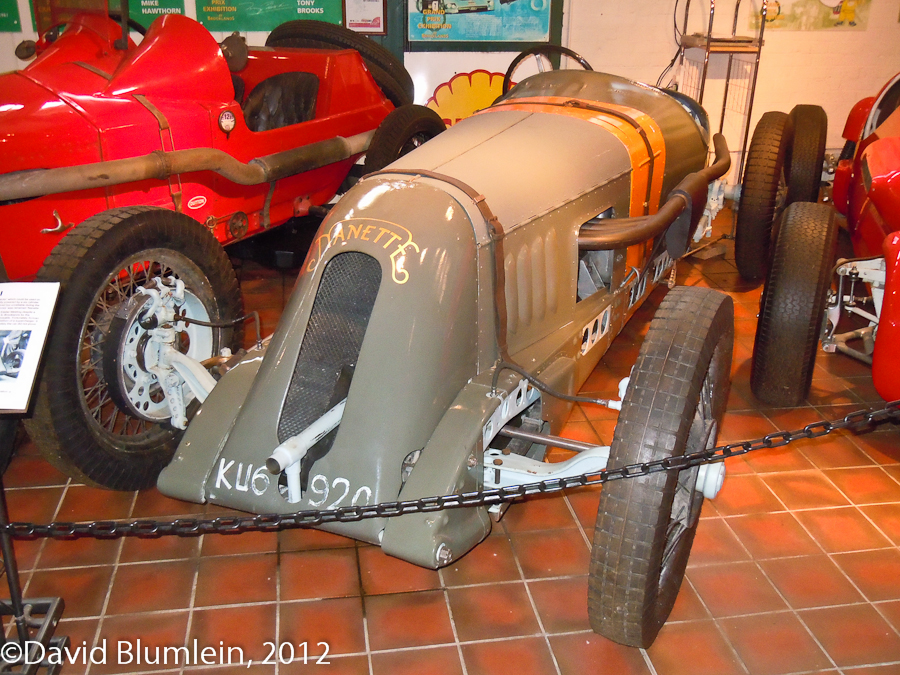 Felix Scriven was well-known as a driver at Brooklands in the 1920s where he campaigned an unlikely Austin Twenty which he painted in a variety of colours according to his whims. Later he commissioned F.W.Bond to design a 2-seater special for road and track use. Bond is chiefly remembered for his low-slung 2-seater sports cars  which he built in 1926/28.

The car for Scriven had a low under-slung chassis built by Rubery Owen and the engine was initially a 6-cylinder Sage unit but as this soon proved very unreliable Scriven was able to persuade the great Parry Thomas to provide him with a 4-cylinder 1847 c.c. Hooker-Thomas engine. Named “Nanette”, the car brought Scriven a convincing win in the “90 Short” race at the Summer B.A.R.C. meeting held at Brooklands in 1926. 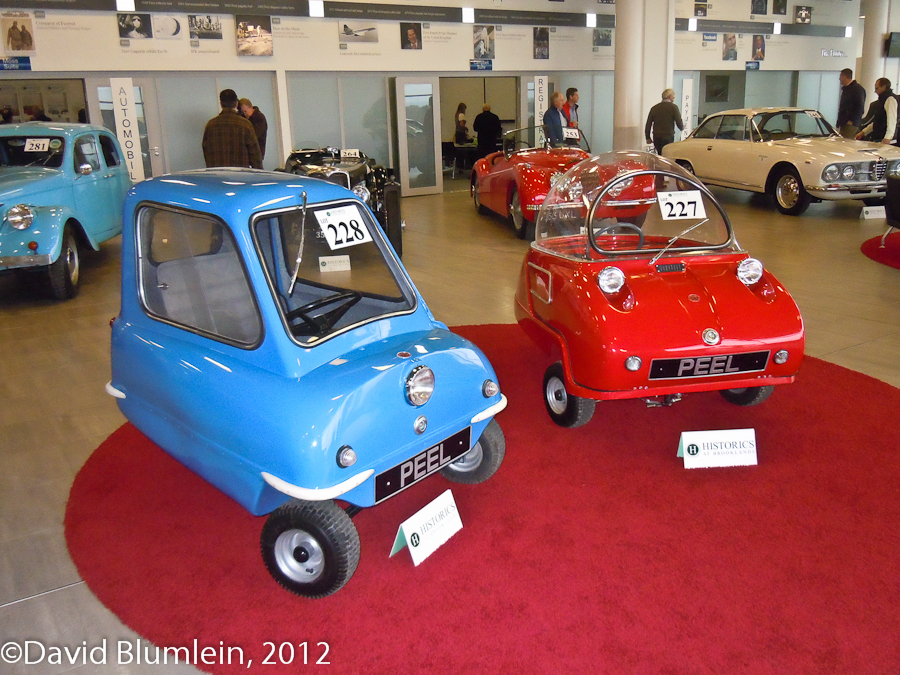 A Pair of Peels

As examples of the modern production of electric-powered Peels, they provide an excuse to say something briefly about the original little Peel cars which qualified as almost certainly the world’s smallest passenger cars.

Mention the Isle of  Man to a car enthusiast and you will probably conjure up thoughts about the early Tourist Trophy races run around the island up to 1922 or the British Empire Trophy sports car races held at Douglas from 1951-53. But the Isle of Man had its own little car “industry” when the Peel Engineering Company of the town of Peel on the west coast, as fibreglass pioneers, decided to manufacture these extraordinary tiny cars.

The first model, the P50 similar to the blue car in the above picture, had a D.K.W. 49 c.c. fan-cooled 2-stroke single –cylinder engine mounted under the single seat and drove the single rear wheel by chain via a 3-speed gearbox. The little fibreglass-bodied car was only 53 inches long and 39 inches wide! The P50, which appeared in 1962, was joined by the 2-seater Trident in 1965 and this was all of 72 inches long!

Of special interest is the fact that British Leyland commissioned the Peel company to produce some fibreglass-bodied examples of the original Mini. Apparently these prototypes stood up very well to the rigorous testing schedule to which they were subjected but the project seemed to fizzle out.