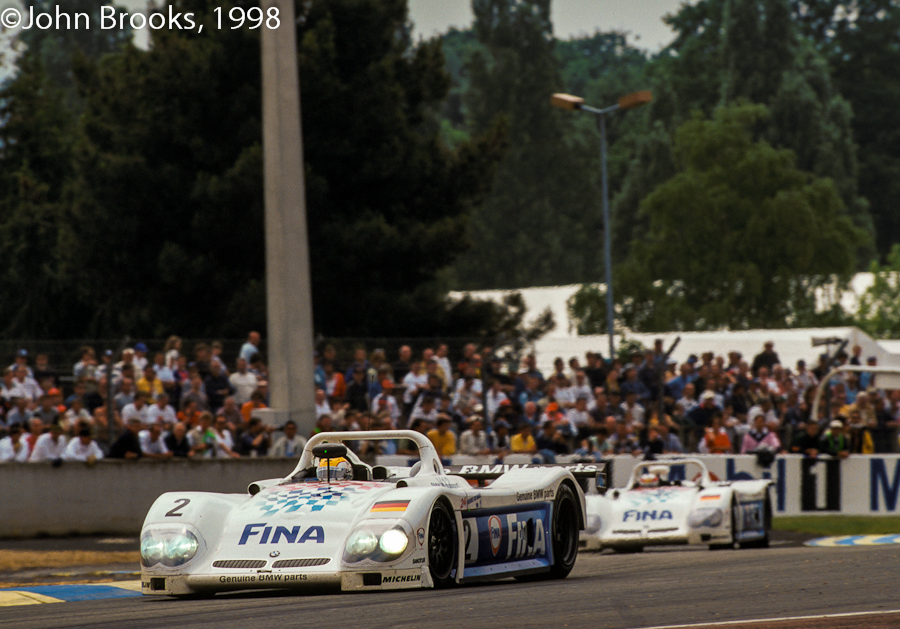 The 1998 Le Mans 24 Hours was very cruel to the factories, both Mercedes Benz and BMW saw their cars retired before sunset instead of contesting victory, an ignominious failure for such top line teams.  The Williams designed and built BMW V12 LM suffered suspected rear wheel bearing failure, and rather than risk the consequences of a suspension collapse at high speed, the cars were withdrawn. This shot is early in the race, real early, as Pier-Luigi Martini leads Tom Kristensen. Next year it would all be very different.