The Special Correspondent has been visiting shows on the continent, Paris and Bremen have been his targets. He brings us a fine selection of the rare and interesting from these venues, sit back and enjoy the automotive education. 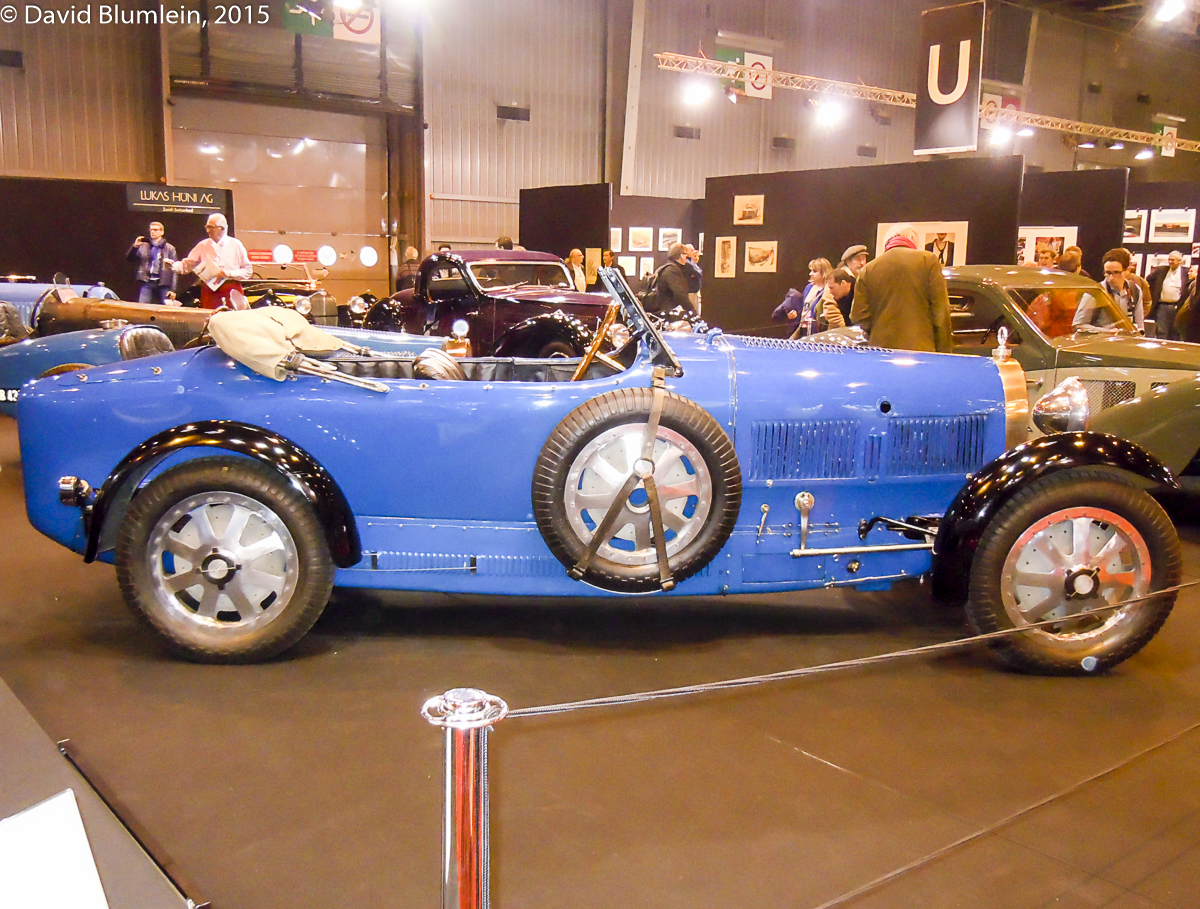 The Bugatti Type 43 is considered to be one of the four “landmark” cars from Ettore’s factory, the others being the Brescia, the Type 35 Grand Prix car and the Type 57 from the Thirties. 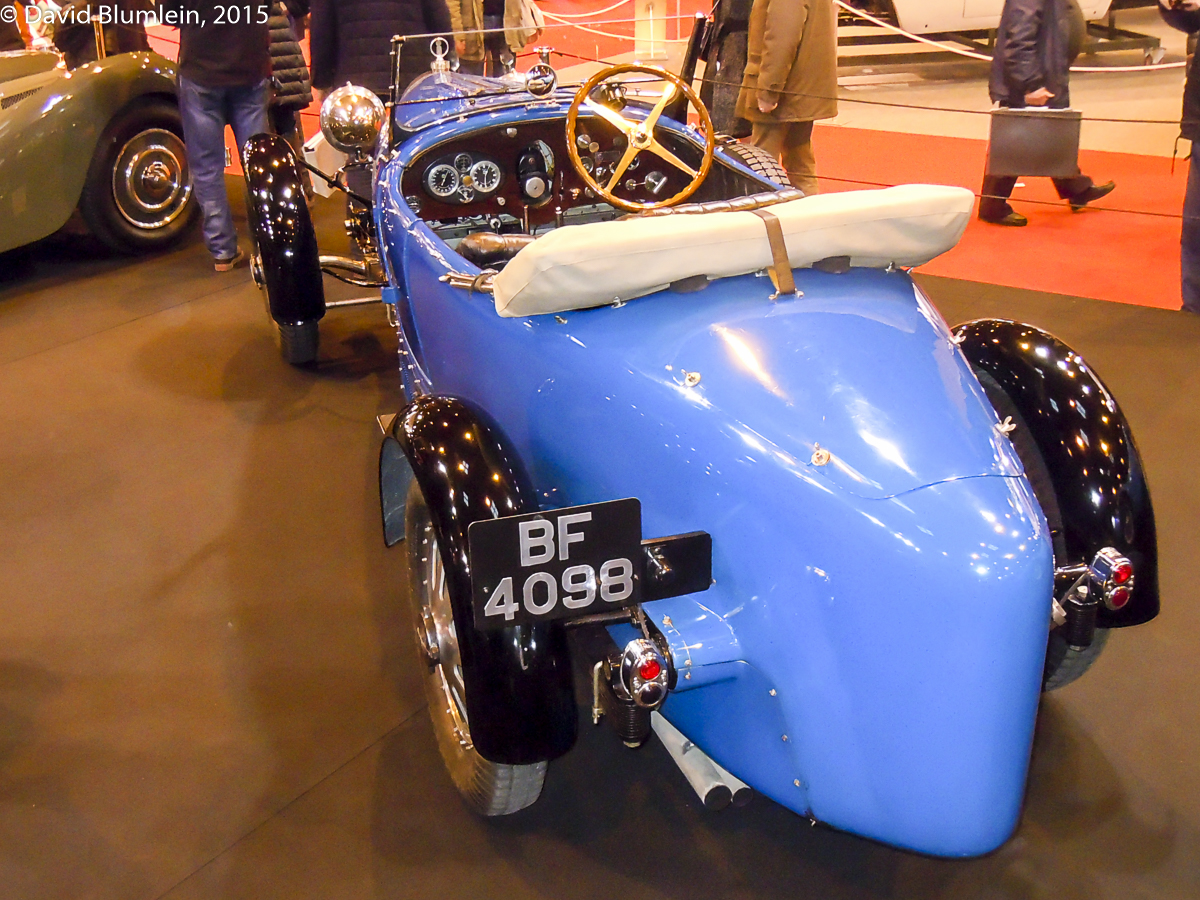 The Type 43 could be thought of as the McLaren of its day when introduced in 1927. Based on the Type 38 chassis it had a Type 35B 2.3-litre 8-cylinder supercharged Grand Prix engine mounted in a Molsheim open four-seater body of narrow torpedo shape with a single left-hand door. The car ran on the detachable rim alloy wheels from the Grand Prix car.
The car had no outstanding success in competition – a team of three works cars could only manage 6th, 13th and 16th in the 1928 Mille Miglia. It tended to be unreliable and had a certain proclivity for catching fire (Campbell’s at the 1928 Tourist Trophy, for example).
Bugatti made just over 150 of them and it seems that one was presented to Louis Chiron in lieu of payment for racing successes! 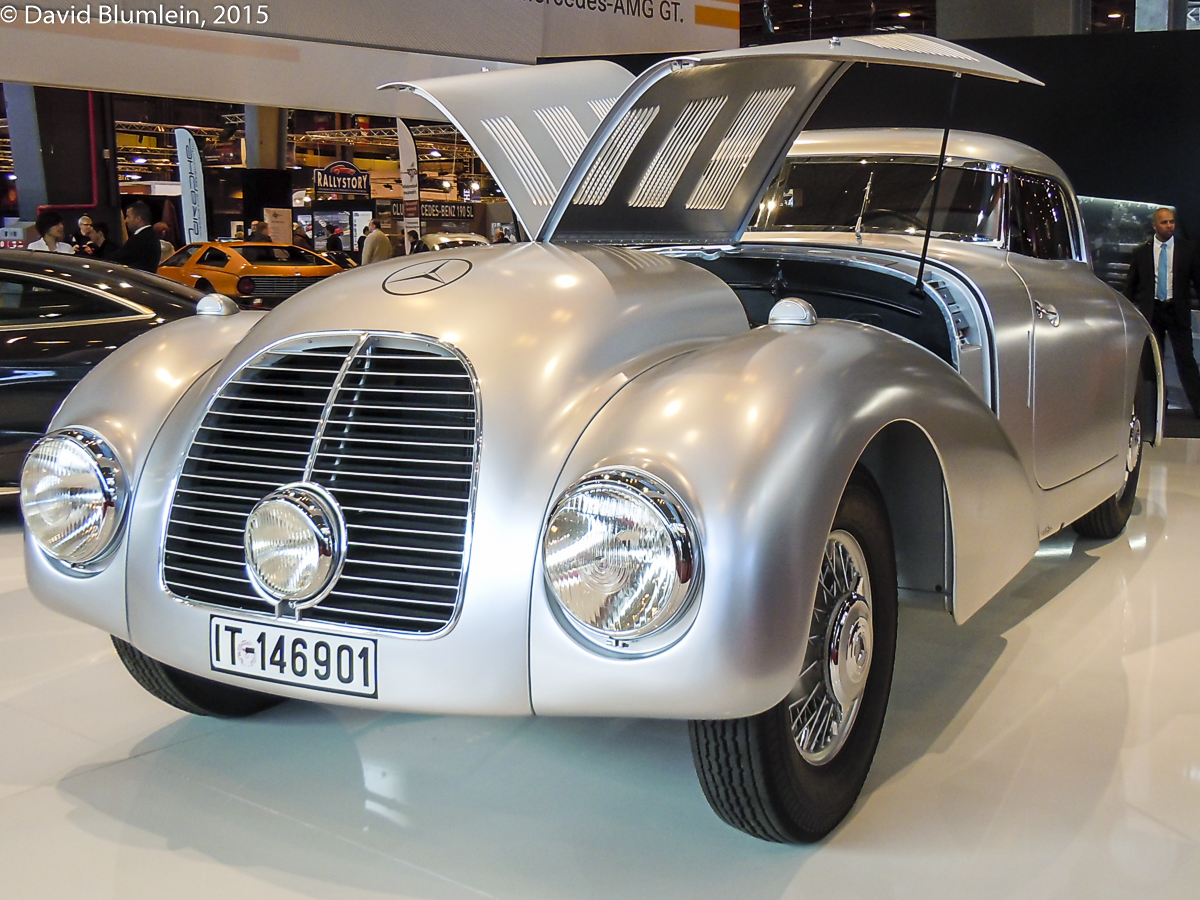 The Germans were undoubtedly the pace-setters in the art of streamlining in the 1930s as exemplified by the Mercedes factory’s recreation of their 1938 W29 5.4-litre Stromlinien-Limousine. 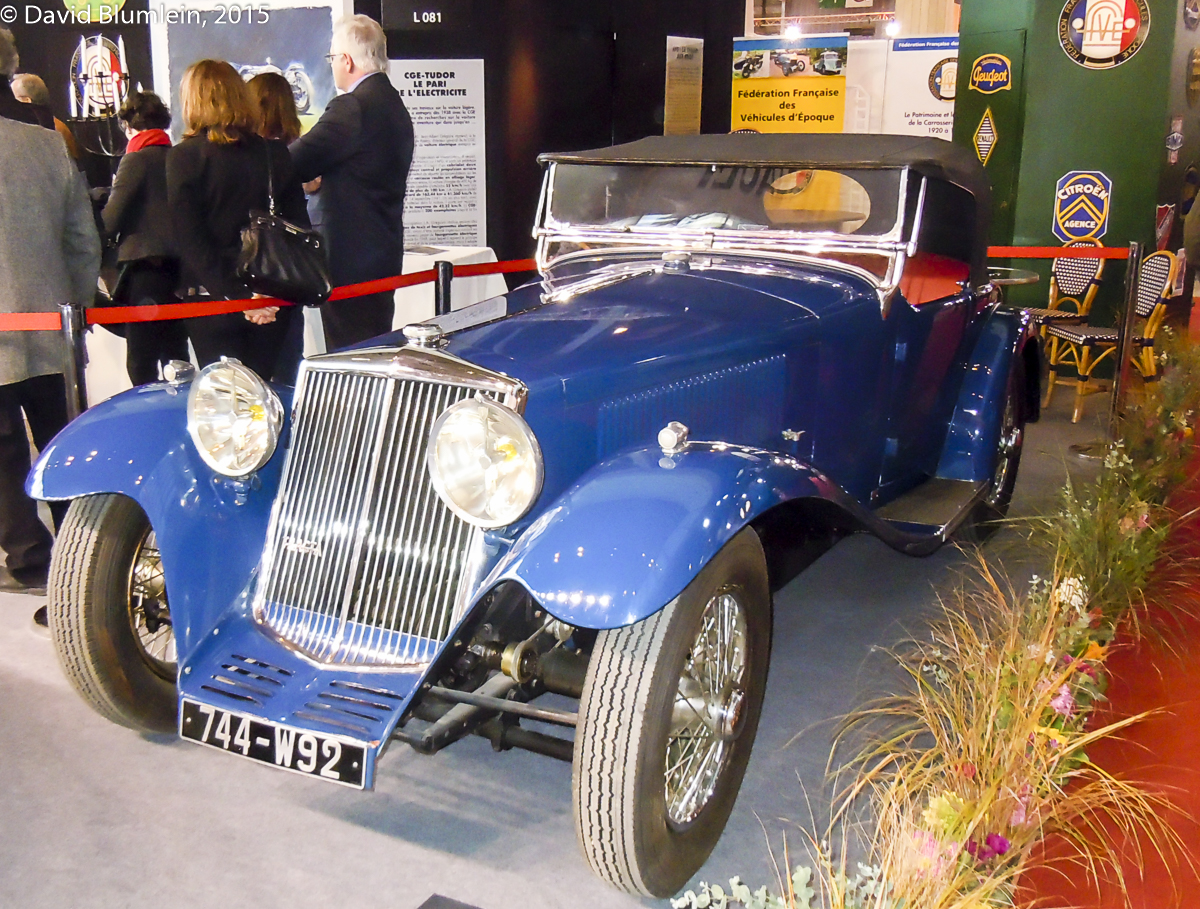 Le Mans enthusiasts tend to be familiar with Grégoire’s little front-drive Tractas which did well at the 24-Hour race but do they know of this very pretty Type E two-seater built for the road? It is powered by an American-made 2.6-litre Continental 6-cylinder engine. What do these three cars have in common, the Amilcar CG SS…….. 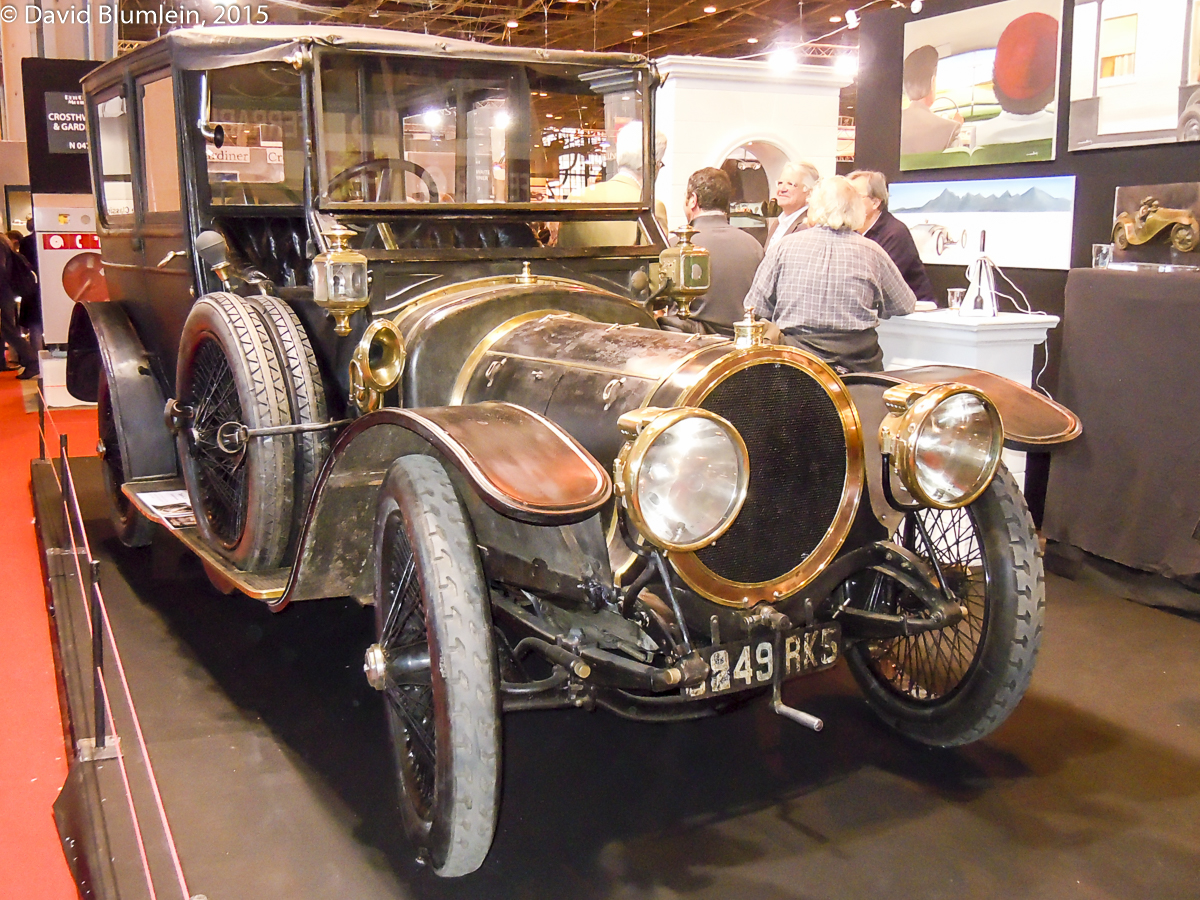 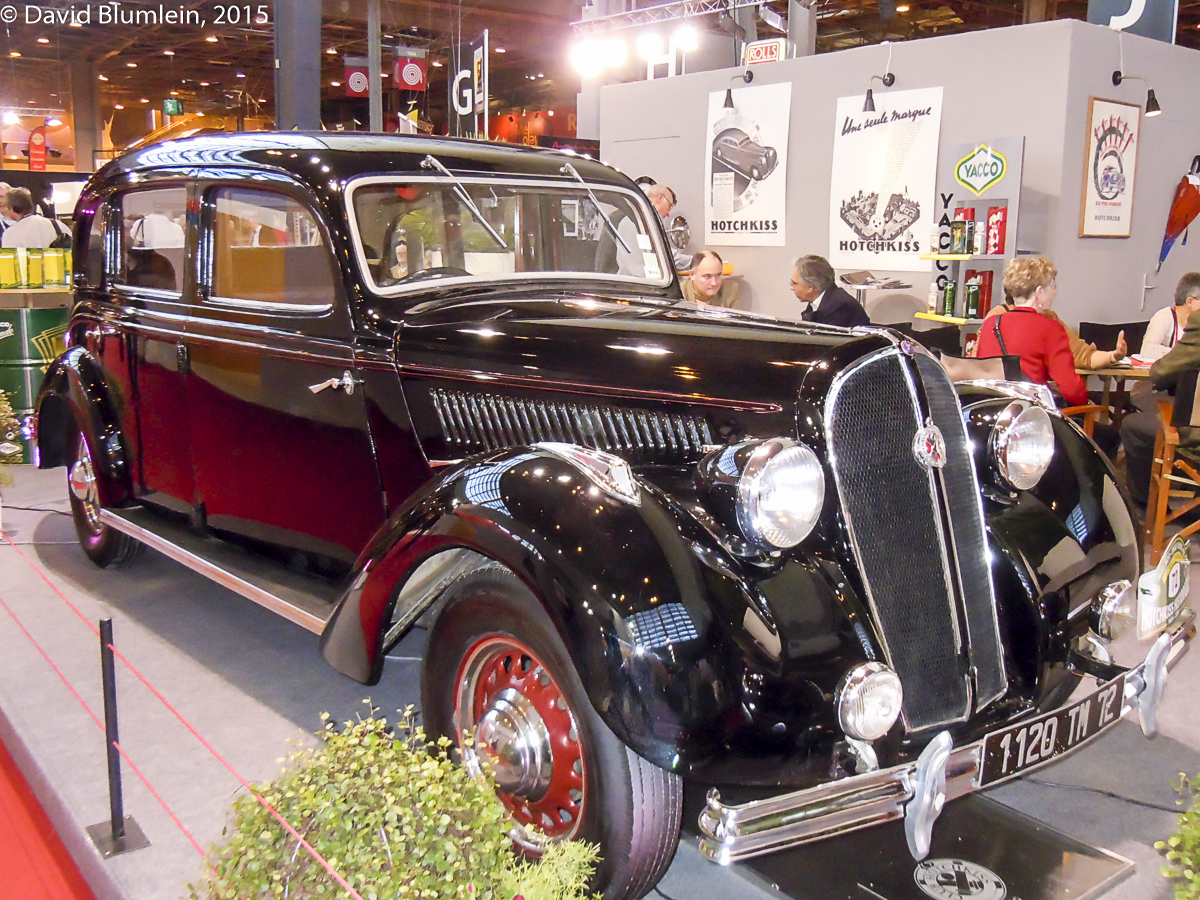 and the Hotchkiss 864 Vichy?

The answer is that they all emanated from factories in the northern Parisian suburb of Saint Denis. Away from car lovers the Abbaye of Saint Denis is famous as the place where the pointed Gothic arch which adorns so many cathedrals and churches in Europe was invented. This lovely 1935 Rover 14 Streamline Coupé reminds us that streamlining to the English manufacturers at that time invariably meant what we came to call “fastbacks”. Nevertheless, with a 6-cylinder 1600 c.c. o.h.v. engine fed by 3 S.U. carburettors, this car could reach 131km/h. Rover made just 300 of them. 1937 Bugatti Type 57S (surbaissée) with a 3.3-litre 8-cylinder, built for T.A.S.O. Mathieson, a very competent amateur driver. It has a unique cabriolet body by Corsica. He raced it in the 1938 Tourist Trophy at Donington, finishing 20th and 4th in class. 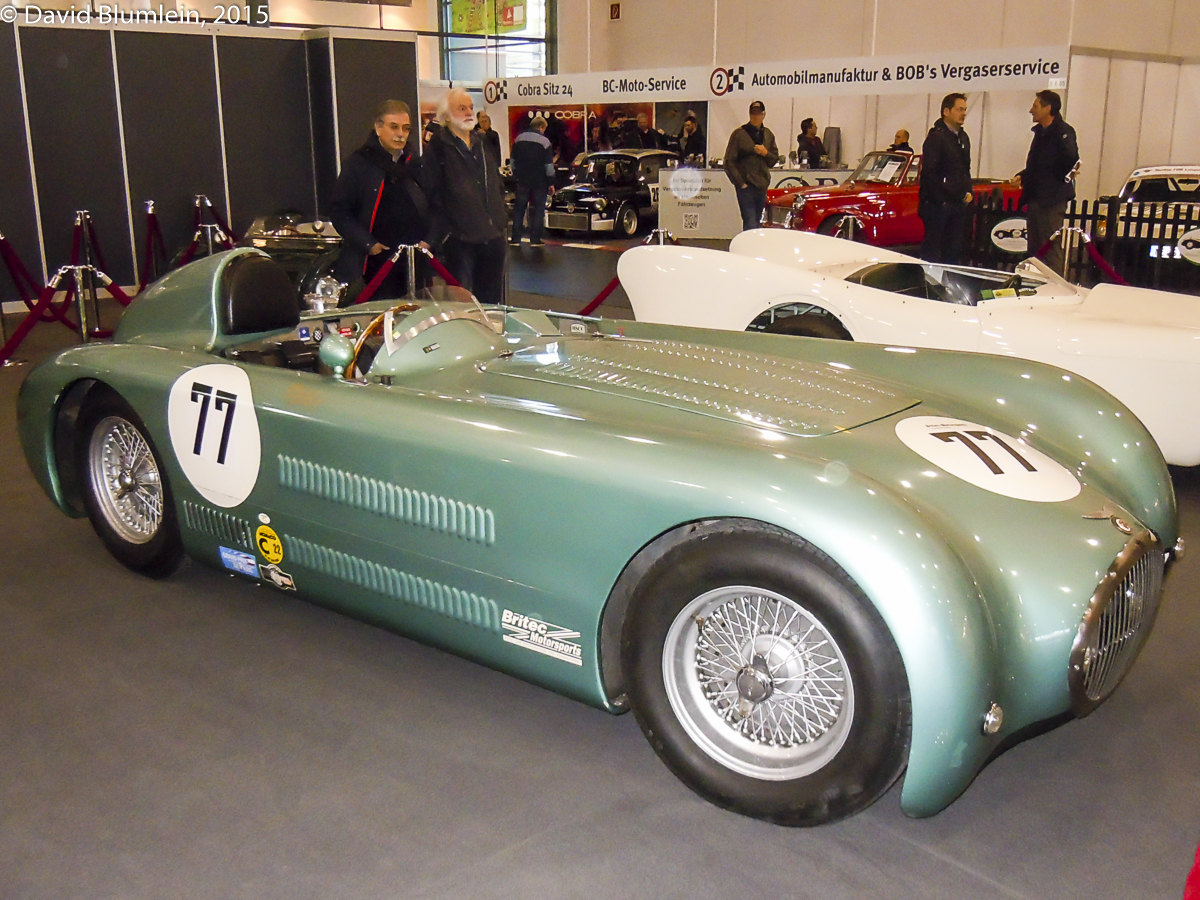 This car is the beginning of the HWM story. John Heath used this sports racer in 1948. It had a tubular chassis, pre-selector gearbox and a 4-cylinder twin –carburettor 2-litre Alta engine. It first raced in the Jersey Road Race, retiring after 19 laps when the timing chain broke. He was encouraged to enter it for the revived Spa 24-Hour race but his co-driver, George Abecassis, crashed it during the night. A front wheel parted company twice (!) during the Paris 12—Hours in September. All this led to a heavily revised car for 1949 and soon to the Formula 2 HWMs. 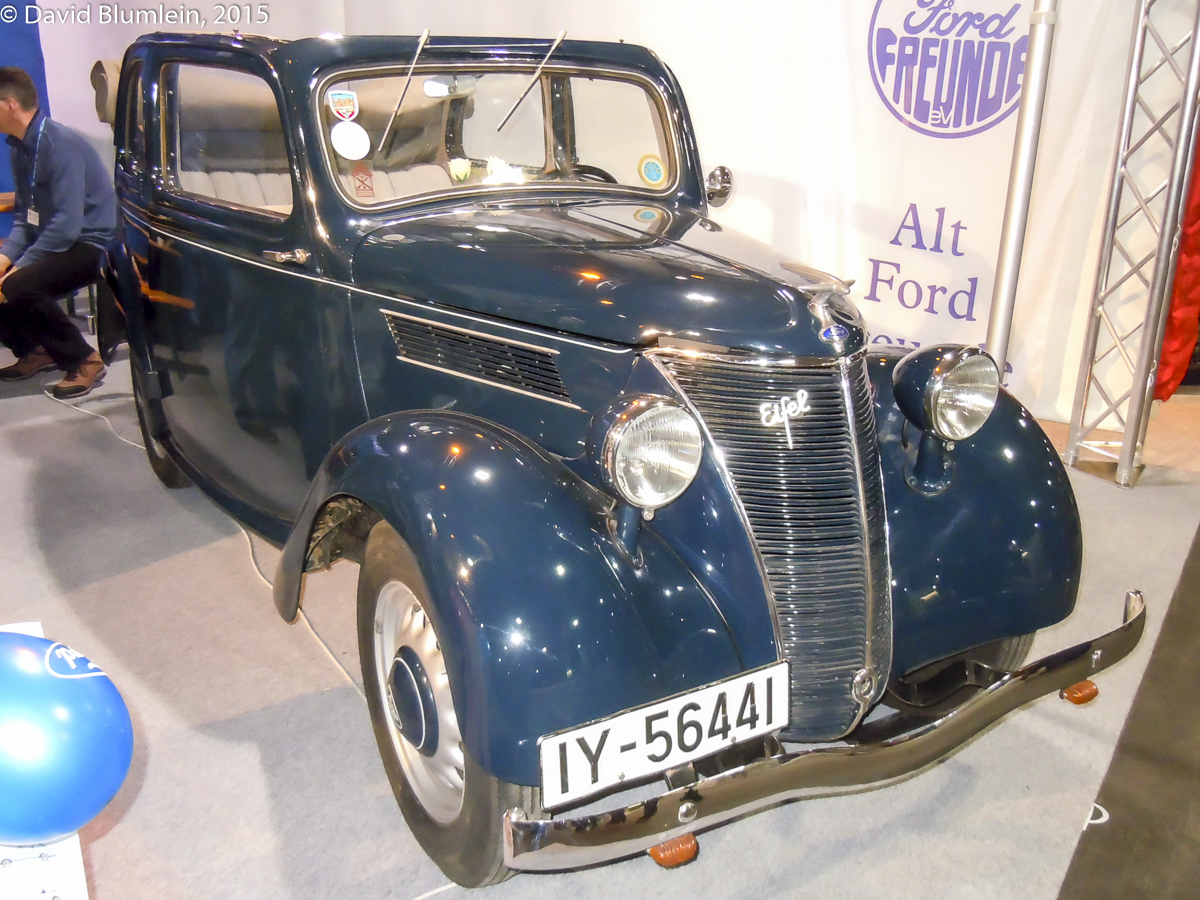 This is a Ford Eifel, the German version of the Model C, built in the Köln factory. Henry Ford had a rather sympathetic relationship with Hitler which explains the continued presence of the Ford factory in Nazi Germany. The Wehrmacht was always desperately short of lorries during the war and Ford helped to oblige. Adler commissioned Hans-Gustav Rohr to design a 1501 c.c. front-wheel drive all independent suspension car with bodywork by Ambi-Budd – this was the Adler Trumpf, introduced at the 1932 Geneva Show. It was very successful and came to be built under licence by Imperia in Belgium and Rosengart in France. Ultra-streamlined versions eventually ran successfully at Le Mans and Spa.
TAILPIECE Here is the former Karmann factory in Osnabruck, rescued by VW.